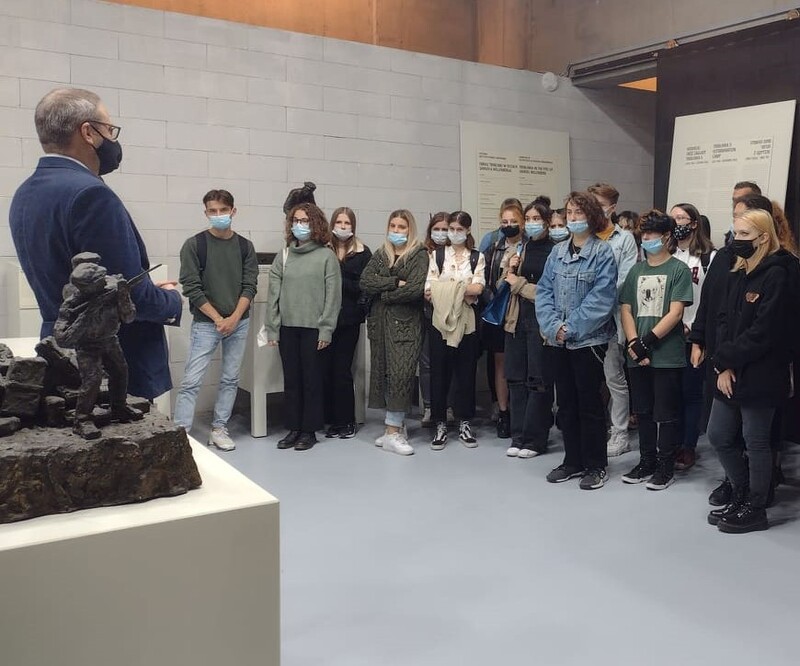 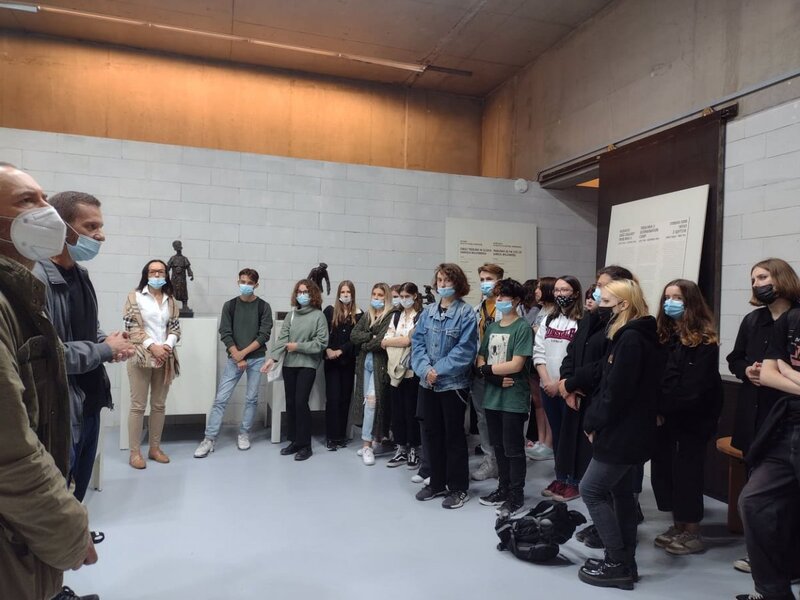 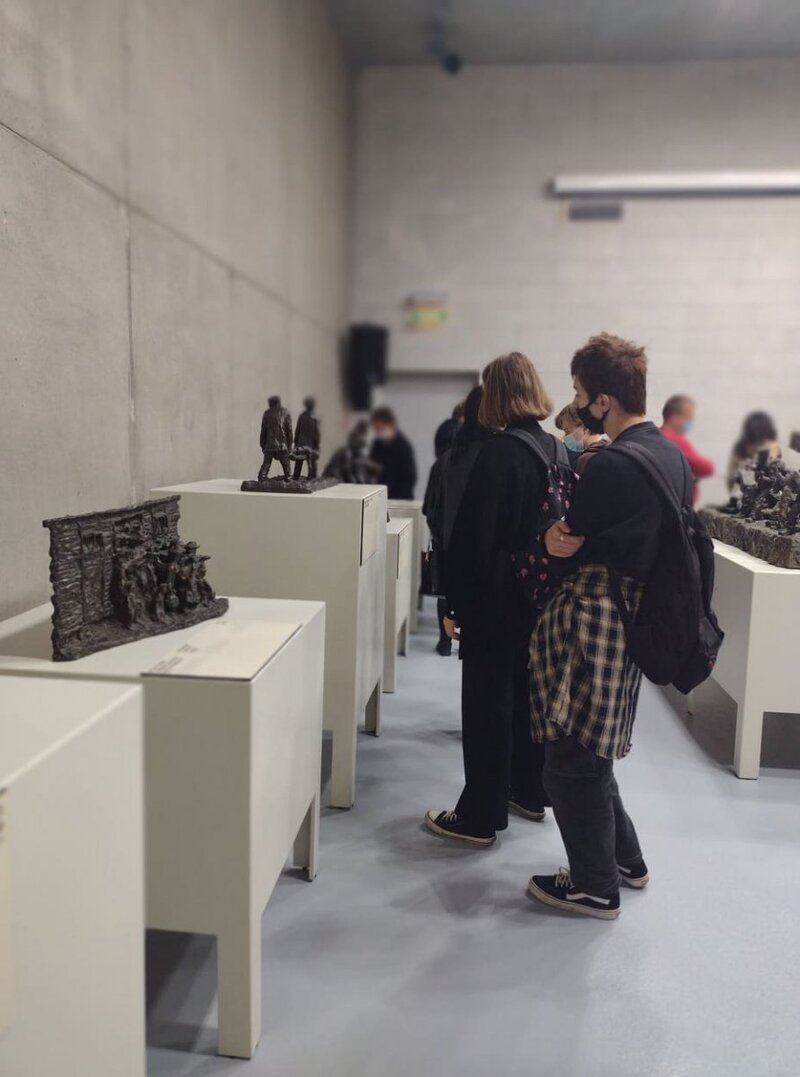 The opening of "The Image of Treblinka in the Eyes of Samuel Willenberg" exhibition at the Museum and Memorial Site in Bełżec took place on 6 September 2021.  The participants of the meeting were, among others, students and teachers of the Bernard Morando State Secondary School of Fine Arts in Zamość.

During the opening ceremony, the Head of the Museum and Memorial Site in Bełżec, Tomasz Hanejko, drew attention to Samuel Willenberg’s extraordinary biography. The author of the works (1923-2016) was a soldier of the Polish Army and the Home Army, a participant in the rebellion in the former German Nazi death camp in Treblinka, as well as the Warsaw Uprising. He and his wife Ada came to Poland on numerous occasions, educating young people about the Holocaust.

Apart from viewing the exhibition, the students also took part in the workshops entitled  "Holocaust Testimonies – artifacts discovered during archaeological works on the site of the former death camp in Bełżec" and "The story of a certain ghetto. The Przemyśl ghetto as an example of a closed Jewish district during the German occupation”.

The exhibition can be viewed in the Museum's projection room until 10 October 2021, from Tuesday to Sunday from 9.00 am to 5.00 pm. From 14 October 2021,  it will be on display at the Museum and Memorial Site in Sobibór.

In January 2020, the Institute brought 14 sculptures, made by Willenberg as a result of his painful memories from the camp, from Israel. "The Image of Treblinka in the Eyes of Samuel Willenberg" exhibition, created on their basis and accompanied by an educational project, toured a number of Polish cities and was enormously popular despite the pandemic. For those who could not see it in person, the Institute of National Remembrance prepared a virtual tour of the exhibition in Polish and English. It is available here: https://lastwitness.eu/

The efforts of the Institute of National Remembrance made it possible for the sculptures to remain in Poland for one more year.

The  exhibition, under the National Patronage of the President of the Republic of Poland Andrzej Duda to mark the Centenary of Regaining Independence, presents  sculptures, drawings, and  excerpts  of  his  testimony, describing figures and scenes which Willenberg remembered and wanted to commemorate. In spite of the perpetrators’ efforts to destroy all traces, the sculptures provide direct evidence of their deeds.
The sculptures portraying the author's personal experiences as both a prisoner and a participant of the revolt in the Treblinka German death camp are accompanied by the screening of "Treblinka’s Last Witness", a documentary film produced and screened courtesy of WLRN Public Television for South Florida, which is a first-hand account of Samuel Willenberg’s life as a Jewish prisoner of the death camp.