The President of the Institute of National Remembrance Karol Nawrocki, Ph.D. invites you to a press conference during which the strategy and objectives of the IPN’s New Technologies Office will be outlined. 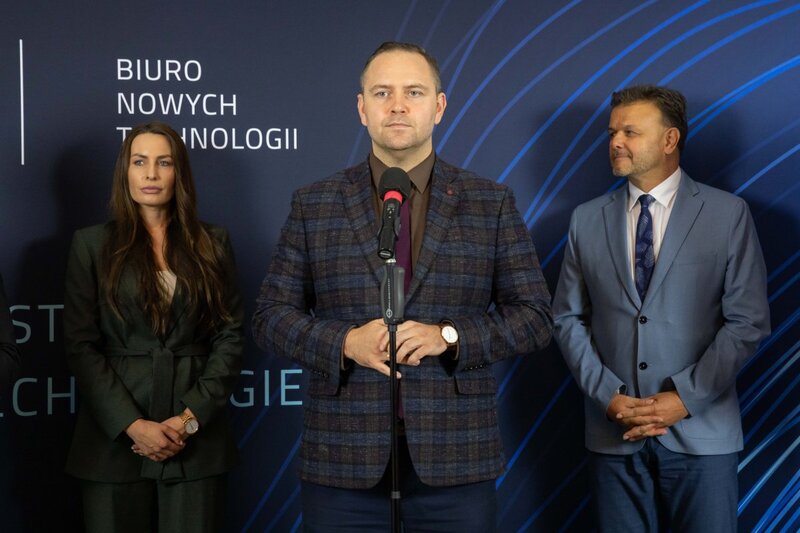 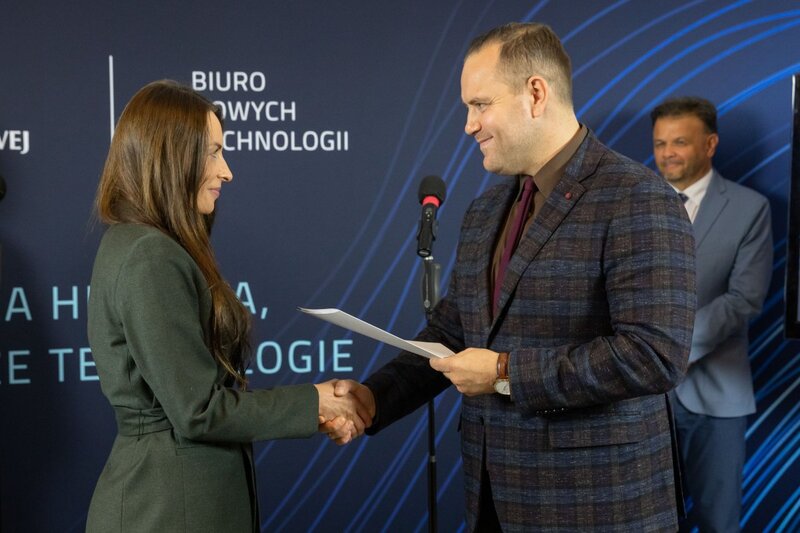 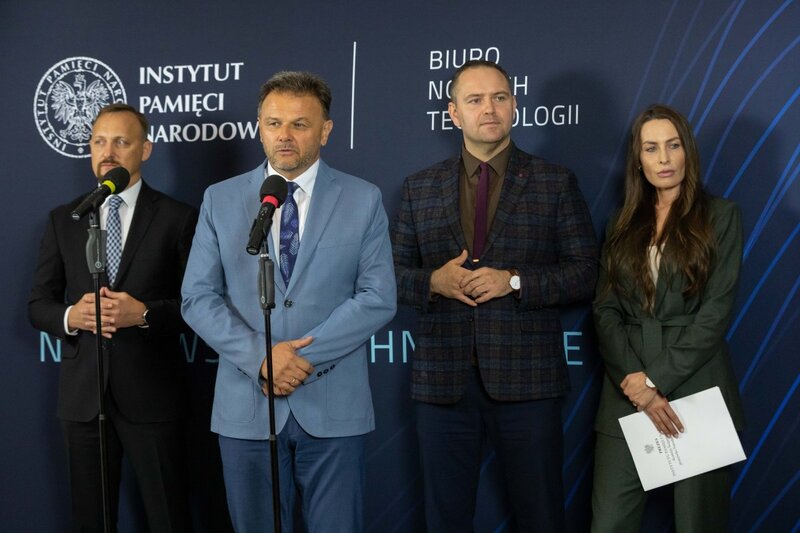 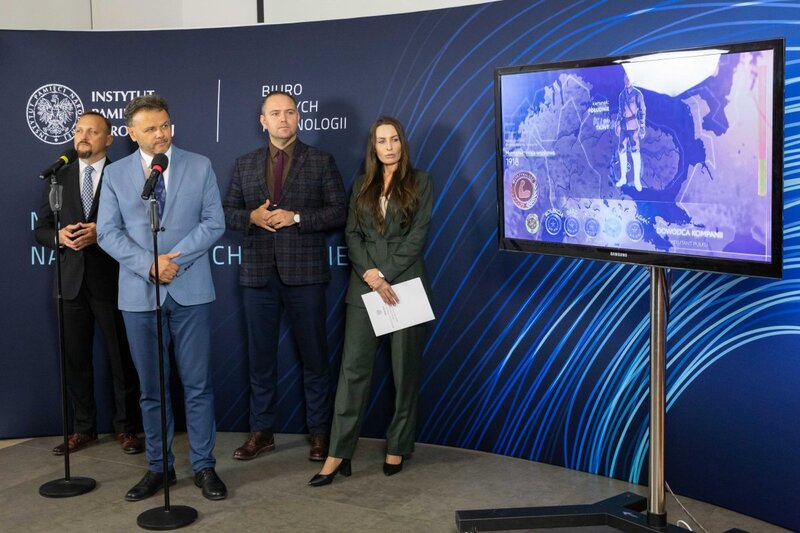 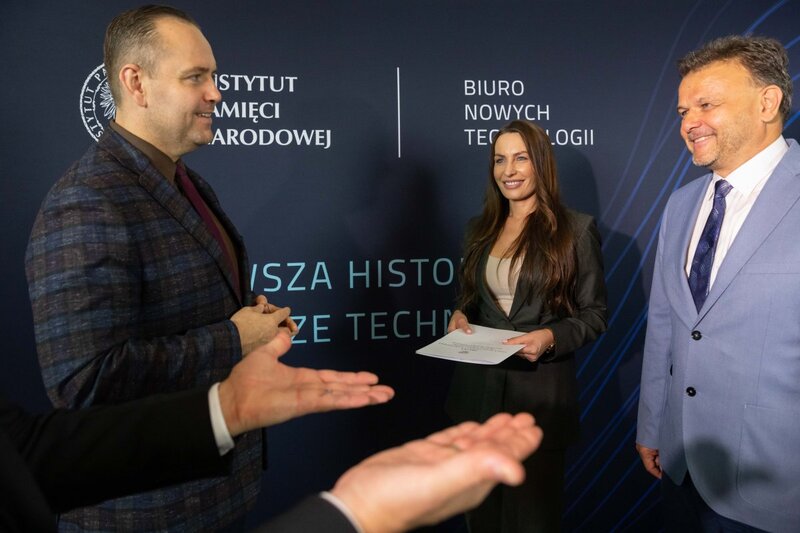 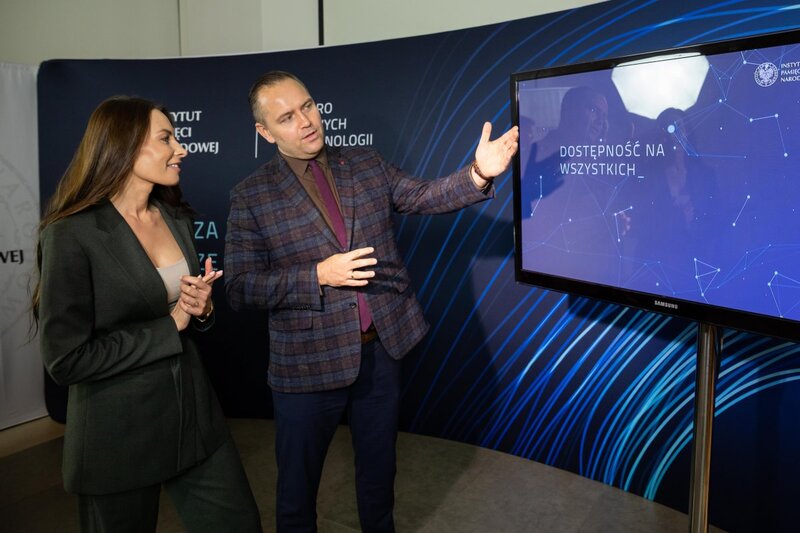 The event, scheduled at 12.30 p.m. on 13 September at the Janusz Kurtyka "History Point" Educational Center (21/25 Marszałkowska Street, Warsaw), was broadcast on the IPNtv channel:

One of the main tasks of the New Technologies Office is to reach out to young people with a valuable, but also digitally attractive message which will correspond to their sensitivity and, above all, arouse their interest in history.

"In the last 20 years a whole new generation of Poles has grown up. . . . It is still waiting for efficient education channels," said the IPN's President Karol Nawrocki at a press conference on the establishment of the Institute's New Technologies Office.

The projects will be a combination of the latest IT technologies and materials of high educational value. The Institute of National Remembrance will make them available on computers, smartphones, tablets and VR goggles.

"The numbers say it all: some 3 billion people worldwide are somehow engaged in the social media and video games sector, and in Poland, it's over a dozen million. The IPN cannot idly watch the changing reality, hence the idea to set up this new office," added Karol Nawrocki.

The IPN's projects will be used by teachers, incl. in preparing innovative history lessons supported by technologies based on virtual reality. New technology zones will also be established in the IPN's branches throughout Poland.

"We're living in the times when it is from the virtual world that young people switch to the real one, not vice versa, and we need to react; the new Office will be responsible for modern, multimedia education tailored for the youngest generation of Poles."

Agenda of the conference

Chairman of the conference - the IPN’s spokesperson Rafał Leśkiewicz, Ph.D.

1. Karol Nawrocki, Ph.D. , President of the Institute of National Remembrance nominates and introduces the Director of the New Technologies Office.

2. Director of the New Technologies Office outlines the Office's strategy and objectives.

3. Director of the National Education Office Adam Hlebowicz presents a trailer for a series of animated films entitled "Heroes of the Independent", inspired by computer games.

4. Premiere screening of the first episode of the series, presenting the figure of Bolesław Szul-Skjöldkrona - soldier-poet.

In the second part of the conference, Director Adam Hlebowicz inaugurated the multimedia project "Heroes of the Independent", prepared by the IPN’s National Education Office. This educational project is a series of short (4-6 minute) films in the convention of modern computer games and 2D comic-style animations. The series of animated films focuses on presenting the heroism of those, often forgotten heroes, who contributed to Polish independence. The target group for this educational product are school pupils aged 10+ and teachers looking for interesting and innovative teaching tools.

Bolesław Szul-Skjöldkrona was a scout and legionnaire. In 1918, he became the chief of staff of the Polish forces in northern Russia. He was an officer in the Polish Army in France and in the 52nd Border Rifle Regiment. He was killed during the Polish-Bolshevik War of 1920. He was the Knight of the Order of Virtuti Militari and an outstanding author of many military songs.