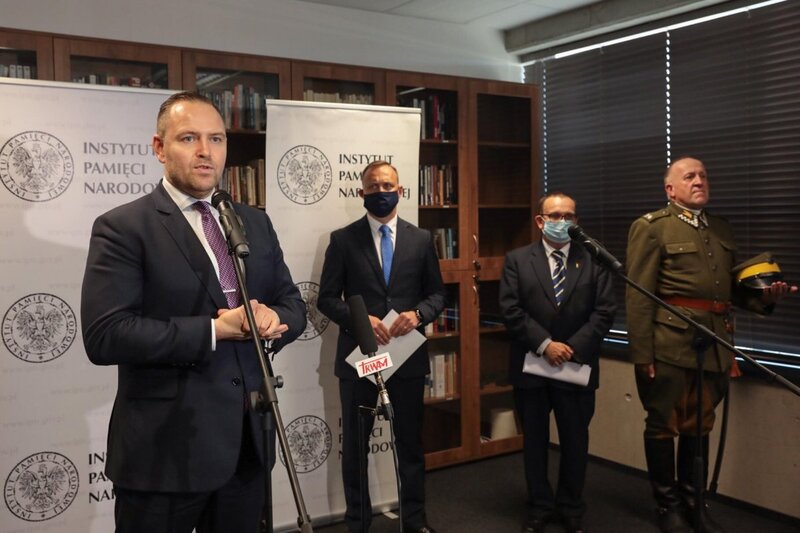 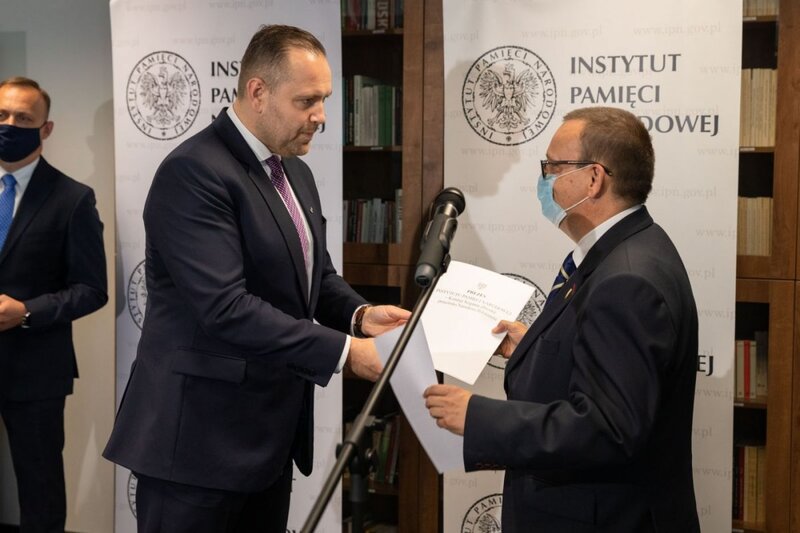 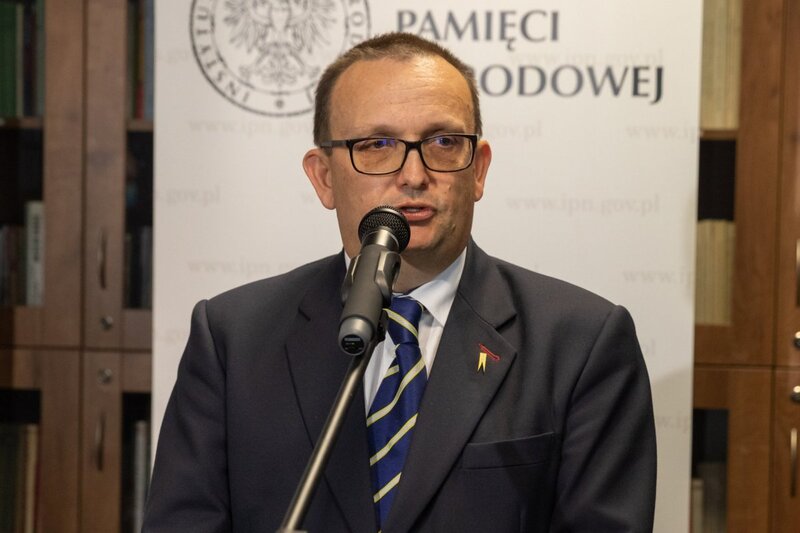 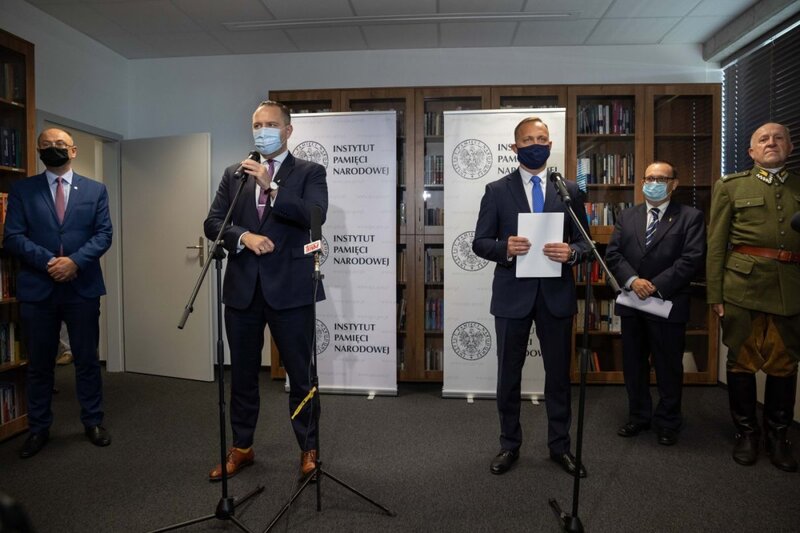 On 8 September 2021, the President of the Institute of National Remembrance Karol Nawrocki, Ph.D. announced the appointment of Paweł Rozdżestwieński as the acting Director of the IPN’s Branch in Wrocław.

"Wrocław is where the heart of 'Solidarity' was in the 1980s, and I truly believe that on the 40th anniversary of the introduction of Martial Law on 13 December 1981, we’ll see new quality in this Branch of the Institute," said the IPN’s President, Karol Nawrocki at a press conference in Wrocław. 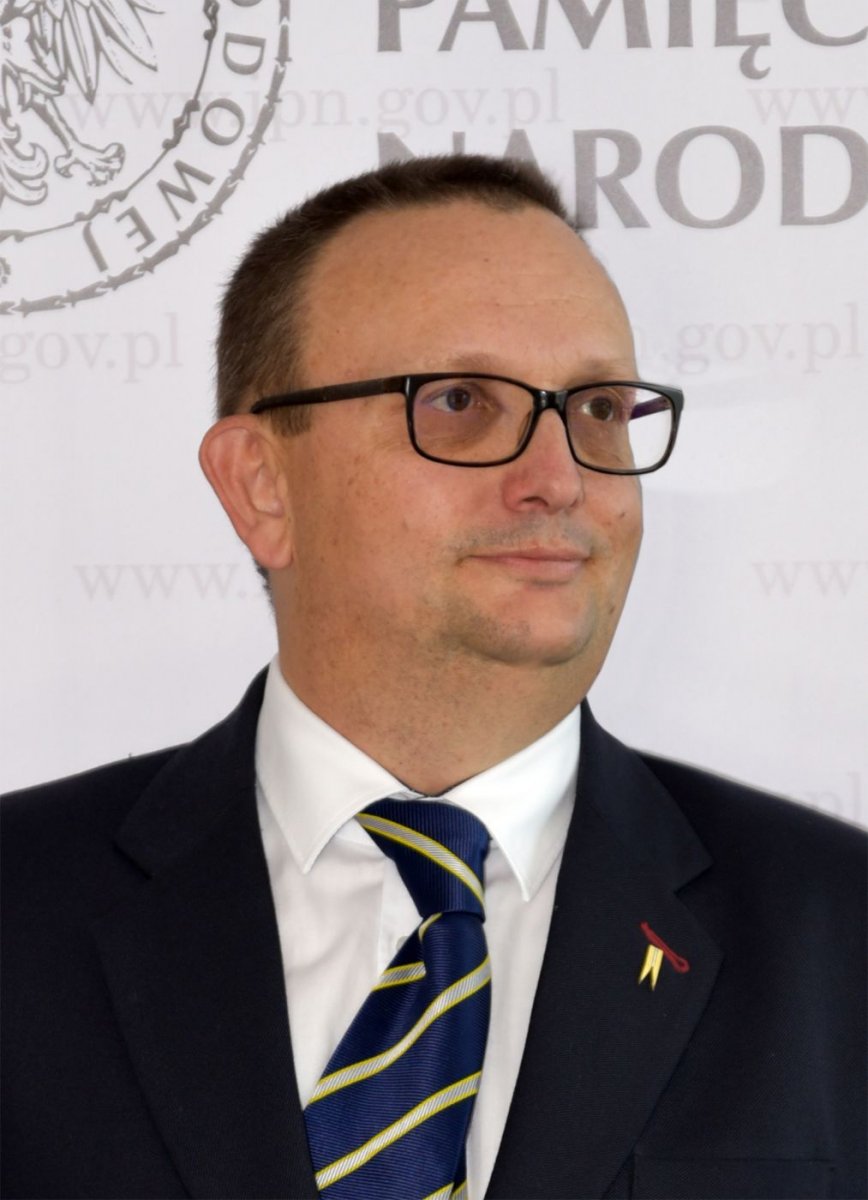 Paweł Mikołaj Rozdżestwieński was born on 4 July 1969 in Sochaczew. He graduated from the Faculty of Law and Administration at the University of Warsaw (1993). He is a Ph.D. student at the Cardinal Stefan Wyszyński University in Warsaw, his doctoral thesis on uniforms of the Infantry of the Polish Army in the years 1918–1939 was submitted for review in 2021.

As an expert in the field of the technical examination of documents, in the years 2000–2007 he was employed in a Wrocław technology company producing security features for Polish communication documents.

In the years 2012–2014, he worked as the content editor of the Wielka Księga Kawalerii Polskiej  [Great Book of the Polish Cavalry]– 60 volumes, covering the history of the Polish cavalry and auxiliary units in the years 1918–1939.

The originator and content editor (2013–2017) of the series Wielki Leksykon Uzbrojenia [The Great Lexicon of Armaments] devoted to the armament of the Polish Army in the Polish campaign of 1939 (240 volumes).

In 2015–2021, he held the post of the Director of the Museum of the Sochaczew Region and the Battlefield of the Bzura River, which commemorates this first great battle of World War II. During his term in office, he initiated the renovation of the cemeteries from 1939. Numerous projects organized by the Museum, such as those devoted to the Accoursed Soldiers, were granted the Honorary Patronage of the President of the Republic of Poland, Andrzej Duda.

During his term in office a plaque commemorating all Polish Army soldiers regardless of their religion or descent, funded by the Mazovian Voivode was placed at the war cemetery in Sochaczew-Trojanów. During his work at the Museum in Sochaczew, he became involved in the preservation and care over the local Jewish cemetery. The Museum maintains good relations with representatives of the Jewish diaspora scattered all over the world.Paweł Mikołaj Rozdżestwieński is the author of some of the largest Polish historical reenactments and a consultant for numerous film productions.

He has been associated with the 14th Jazlowiec Uhlan Regiment for over 30 years, being the author of the regiment's monograph  and a Knight of the Regiment's Cross awarded by the Regiment's Circle in London.

For his cooperation with the Polish Army, Paweł Rozdżestwieński was awarded the badge of the Col. Konstanty Plisowski 6th Armored Cavalry Brigade and the badge of the Maj. Feliks Kozubowski 38th Sochaczewski Air Defense Security Squadron.

For several dozen years, he has been taking care of the 1939 war graves in which soldiers of the Polish Army of all denominations and nationalities are buried.

Medal of The Centenary of Regaining Independence (2018),

Medal for Contributions to the Defense of the Country (2005),