Shots of the Warsaw Uprising

Late August 1944, the ruins of the Old Town: Tadeusz Rajszczak, 15, of the "Miotła" ["Broom"] battalion, is one of the few survivors from his 300-man unit. Before the last shot is fired, he will lose more friends. 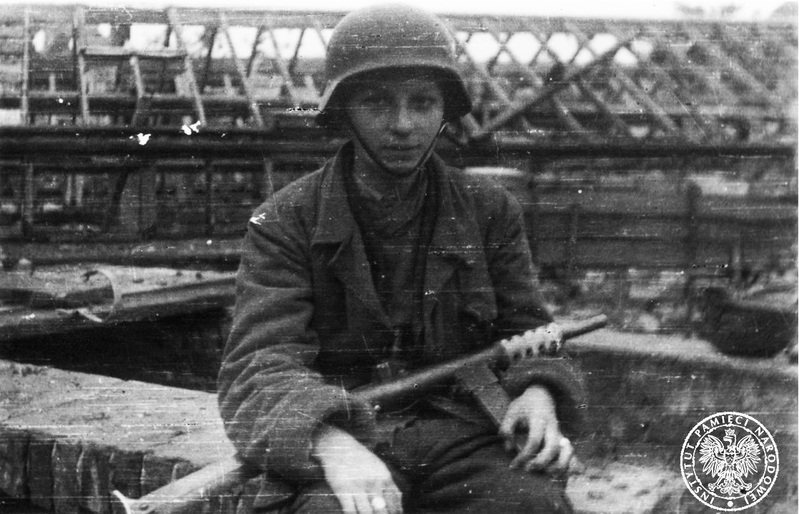 The Warsaw Uprising was a joint effort and sacrifice of nearly all forces of the Polish underground – with Home Army, the bulk of the fighting troops, reinforced by National Armed Forces, a significant number of socialist units, and even communist People’s Army – shared by thousands of civilians. In all, nearly 50,000 people in hundreds of formations engaged the German forces on the left bank of the city, and one of them was the "Miotła" ["Broom"] Battalion of the Home Army Command "Kedyw" (Directorate of Diversion).

"Broom" was the unit’s name because what they did was sweep: eliminate selected members of the German administration, as well as their helpers and informers. By 1 August 1944, the battalion had carried out dozens of liquidation operations, not to mention sabotage, diversion and other acts of resistance. At the outbreak of the Uprising, its headcount was no fewer than 300 people, including 20 to 30 medics and messengers, and even though only a third made it to the collection point at the "W" hour, the rest reported for duty in the next days; apart from that, volunteers were accepted in place of the absent, missing, dead and wounded. In all, some 370 people served in the Battalion at one time or another. It was not unique: many units had similar turnover rate.

"Broom" members and other soldiers expected to wipe out the German forces in the capital, but confrontation with regular army is not the same thing as executing police personnel or collaborators. Nevertheless, what the young insurgents lacked in training, experience and weapons, they made up in attitude: as part of the "Radosław" formation, they participated in the fiercest fights in the centre of Warsaw, breaking through Wehrmacht defences, capturing tanks, and defending friendly units from encirclement. They paid a high price for all this: within two weeks of 1 August, the 300-man battalion shrank to a company, and by the end of the Uprising, all survivors would fit into an infantry platoon. It was not unique: many units suffered similar losses.

For "Broom" members and thousands of other people, the Warsaw Uprising was two action-packed months – full of triumph and defeat, killing and dying, advancing and retreating, greeting volunteers and losing friends, fear, relief, anxiety, occasional smile, tears and despair.

Some of these moments got recorded. 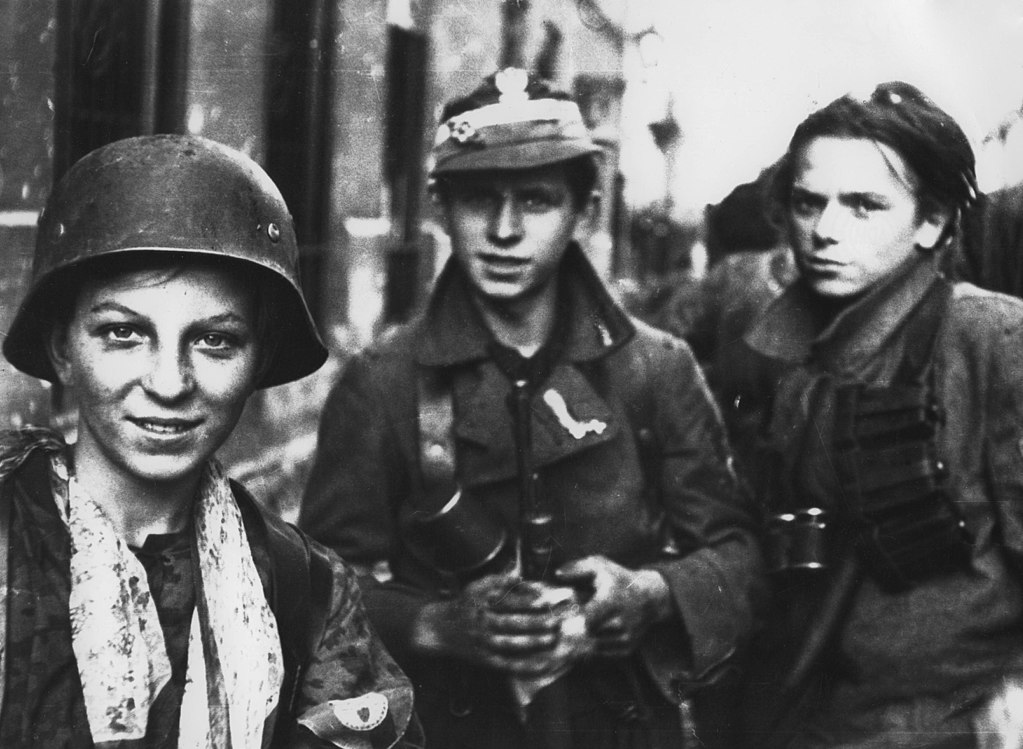 Tadeusz Rajszczak in early September, after he managed to sneak to the Śródmieście district with a few other survivors from his unit. 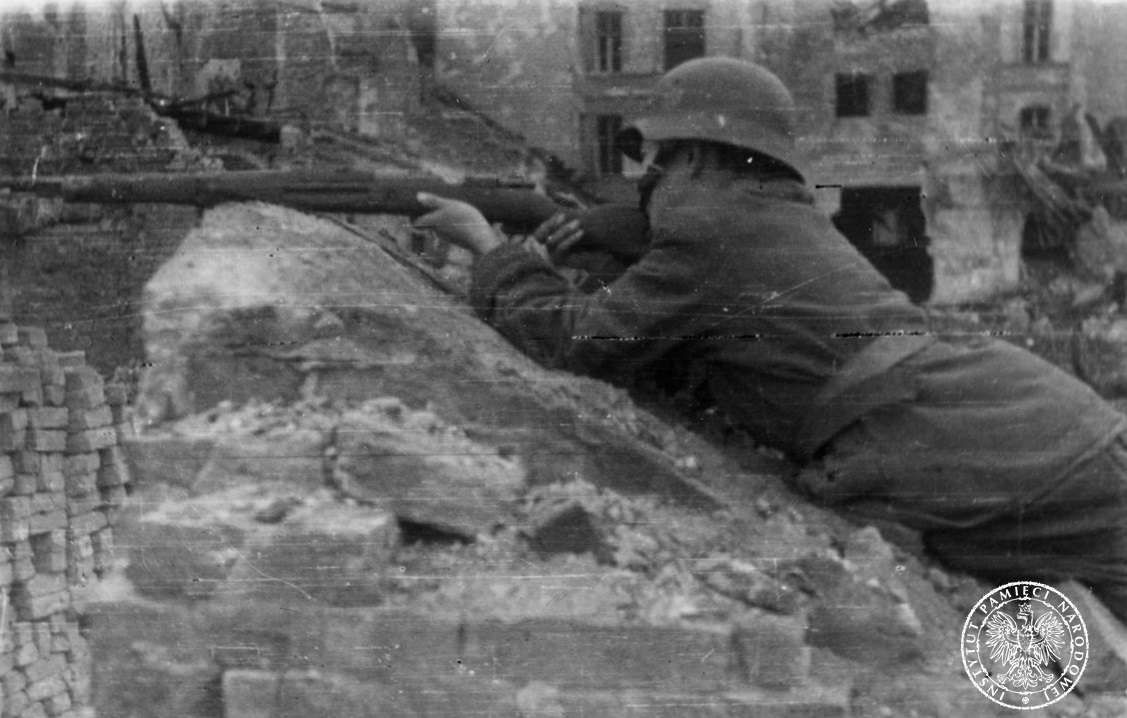 Late August: one of "Broom" riflemen in the ruins of the Old Town. 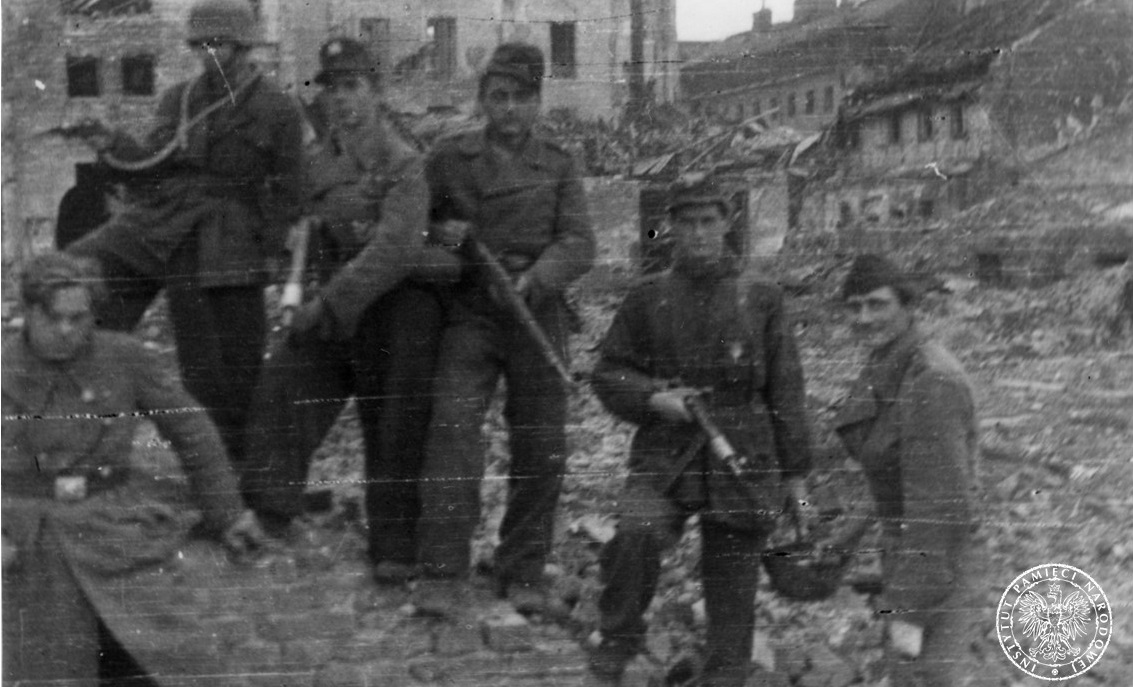 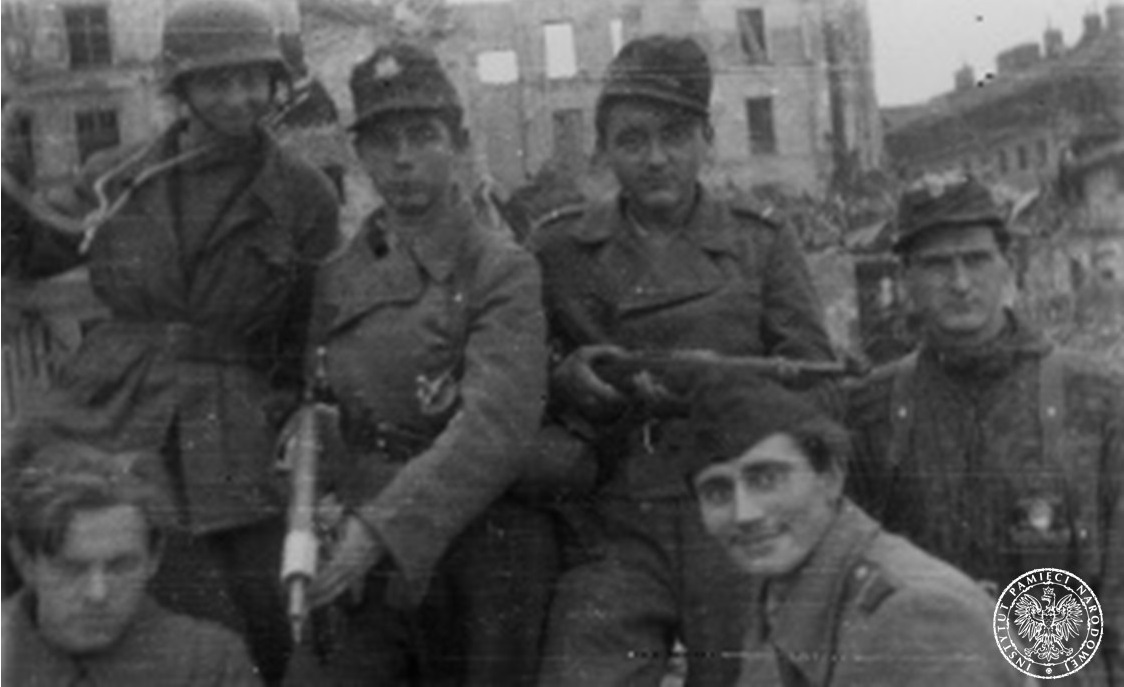 Here, the man in the bottom left hand corner they are posing with is most likely a German POW.

The fighting was hard on civilians: here, women are collecting water from the gutter, German Brandkommando is setting houses on fire, people are cooking a meal in the street. 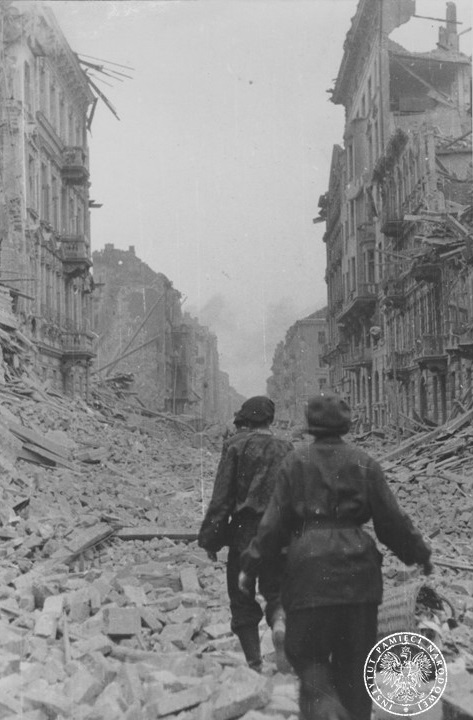 The insurgent very quickly got a preview of what their city would look like when gunfire ceased. Here, a few riflemen are walking  (reconnaissance patrol, changing positions?) down a street lined up with ruined buildings. Warsaw has not become a heap of rubble yet, but it’s certainly heading that way. 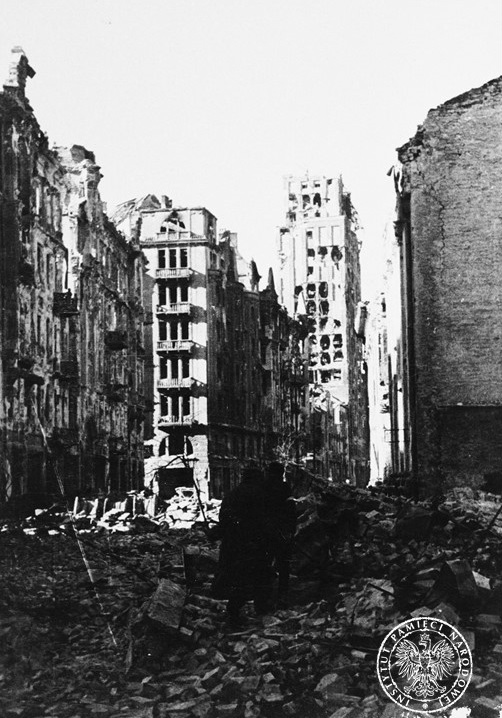 Yet more rubble, and the famous "Prudential" building in the background. 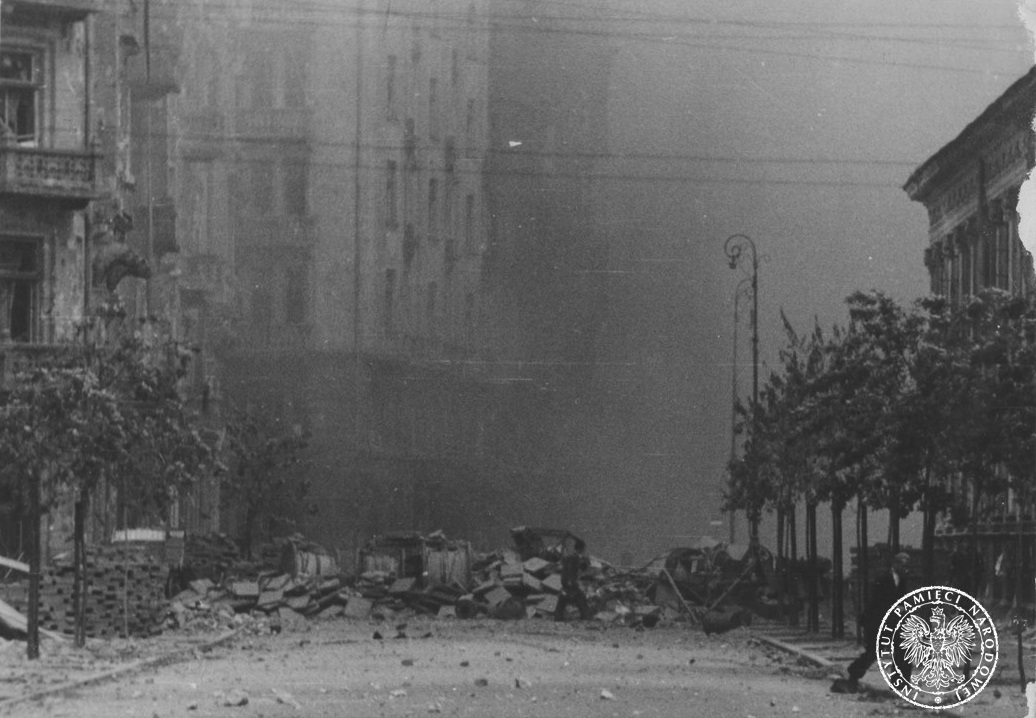 A crater filled with water, made by a heavy-duty artillery shell, most likely 600-mm "Karl-Gerät" mortar; in the middle, its dud; on the right, "Karl-Gerät" firing on Warsaw. 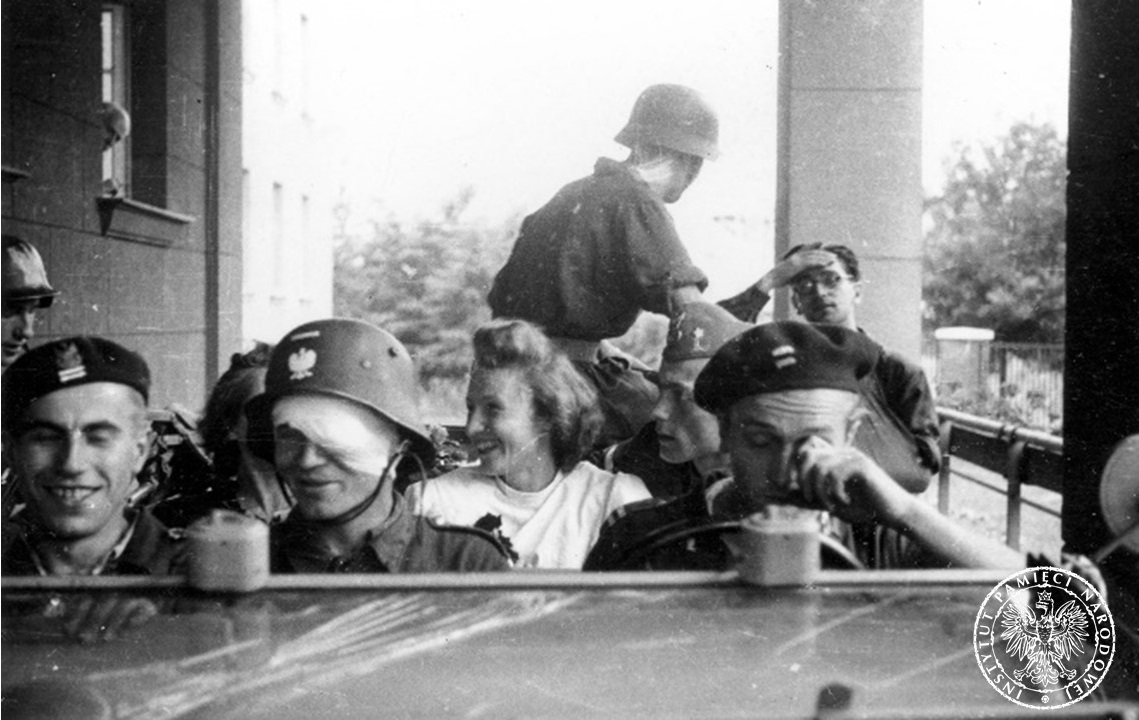 Bride, groom and their friends sitting in a captured German Kübelwagen vehicle. 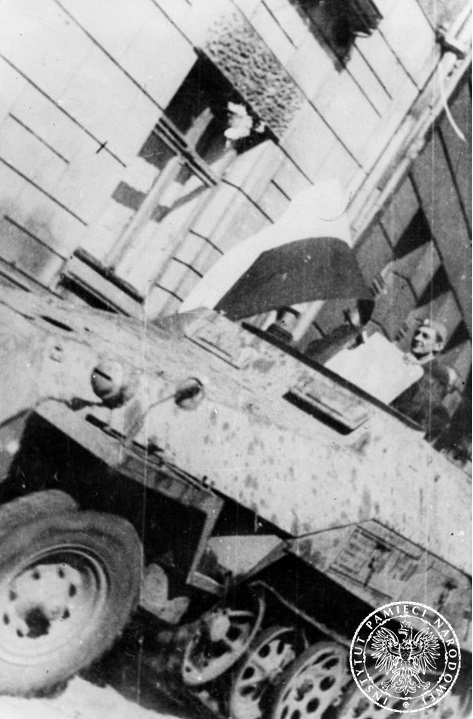 Another captured vehicle: this Sd.kfz. 251 belonged to SS "Wiking" armoured division, and in this picture it’s being driven down a street of the Powiśle district. 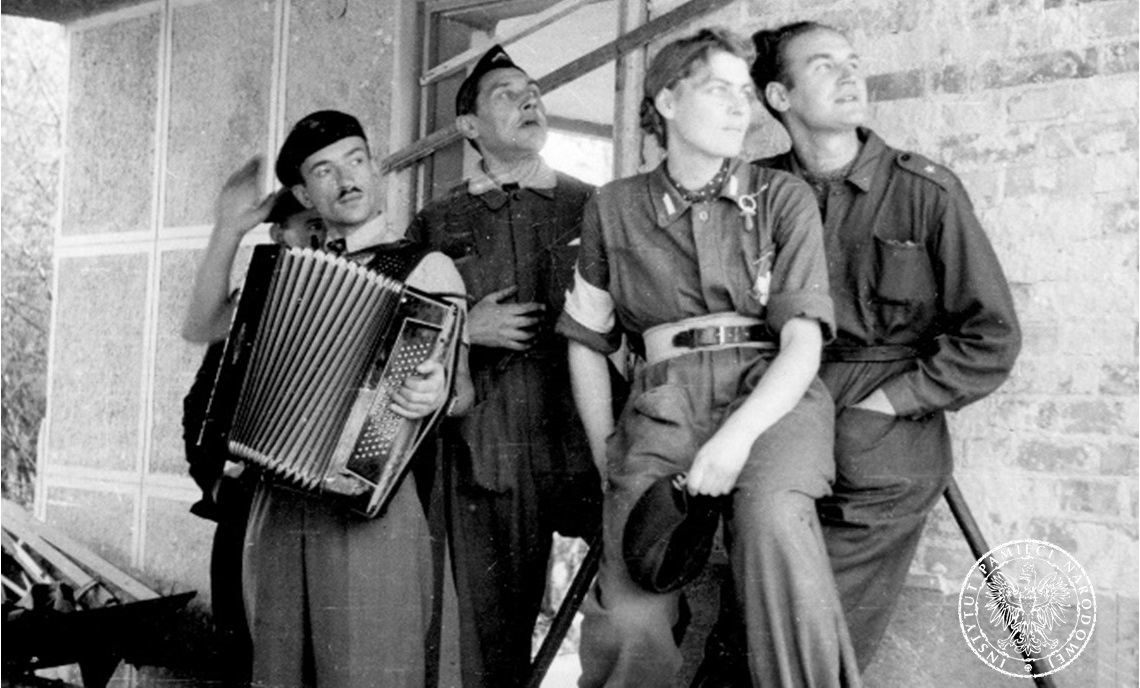 A group of insurgents in Malczewski Street; the man with the accordion is Wacław Żdżarski, a reporter for the Home Army’s Bureau of Information and Propaganda, one of the people who recorded the Uprising.