A visit of the IPN's representatives to Uzbekistan, 7–10 July

On 7–10 July, representatives of the Institute of National Remembrance paid a visit to Tashkent, the aim of which was to establish cooperation with leading Uzbek academic, museum and archival institutions. 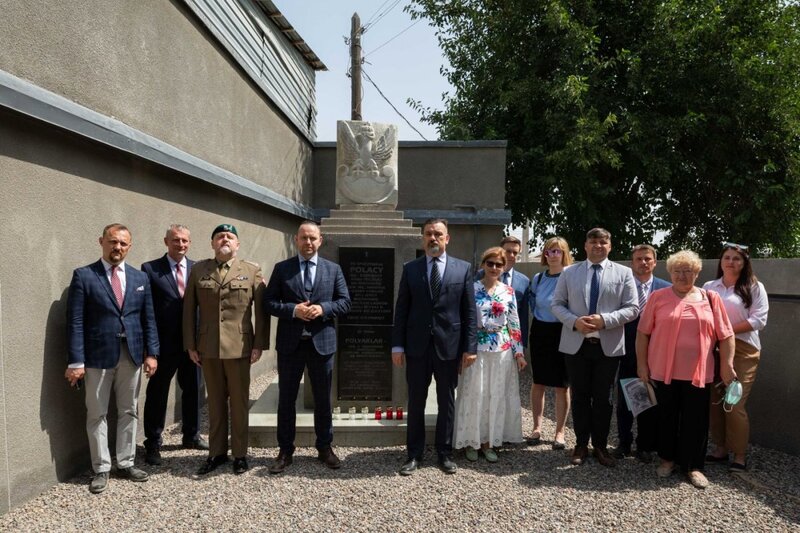 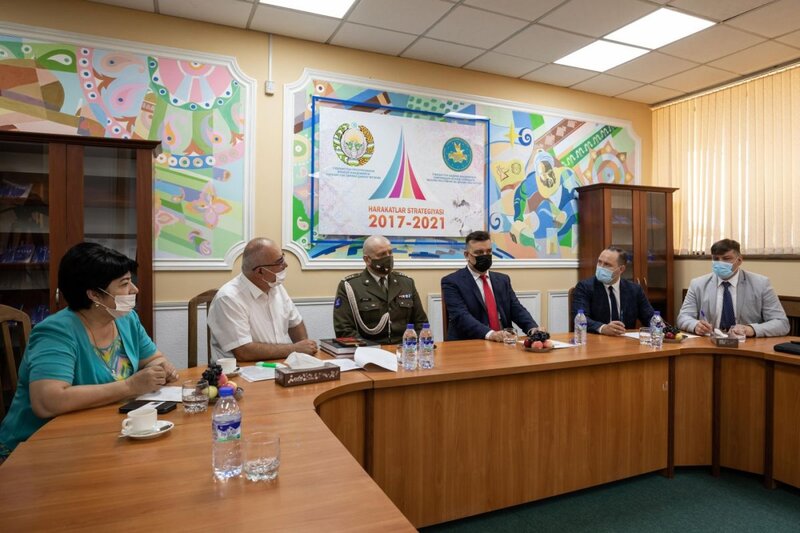 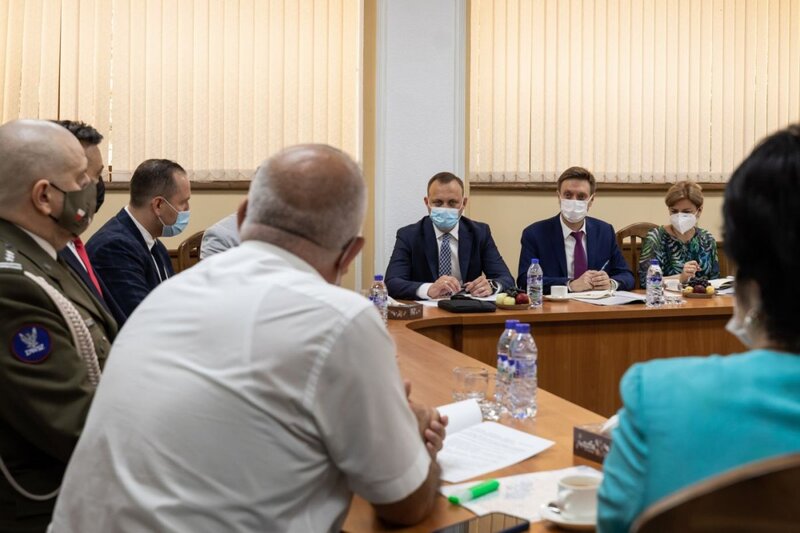 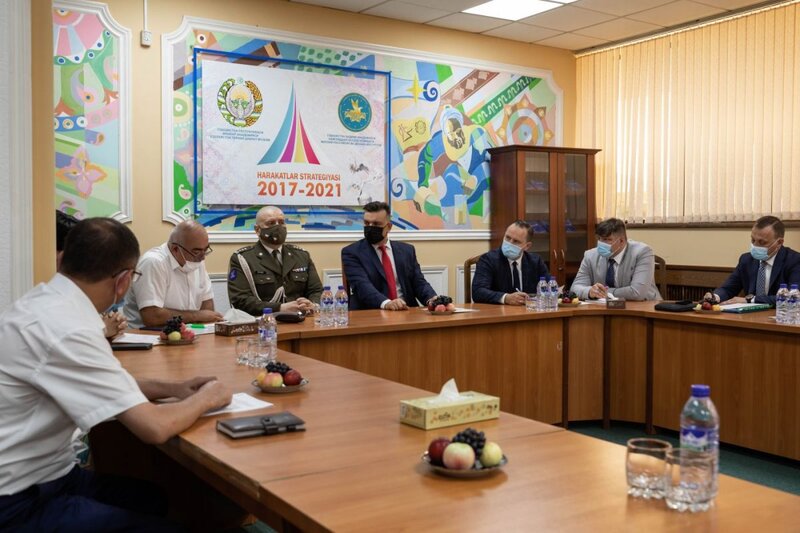 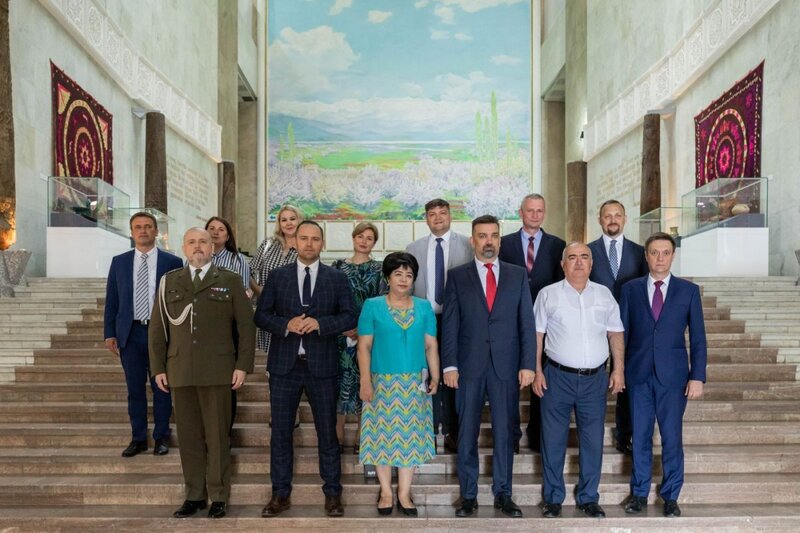 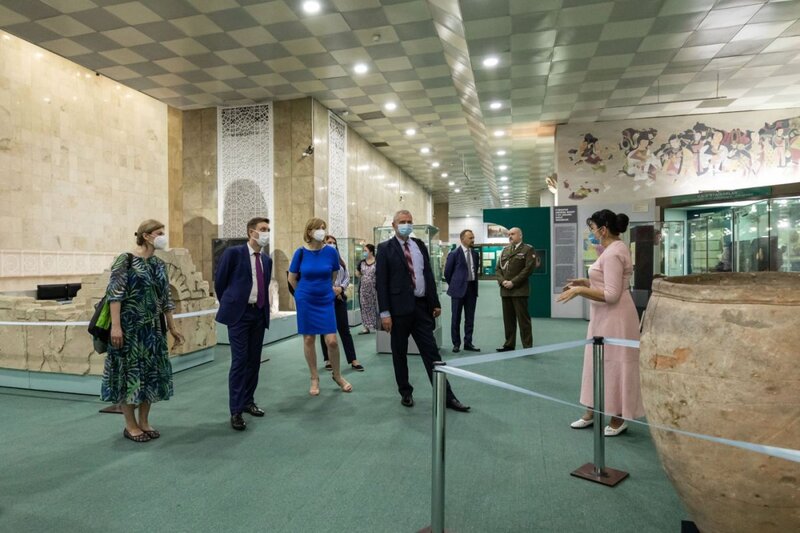 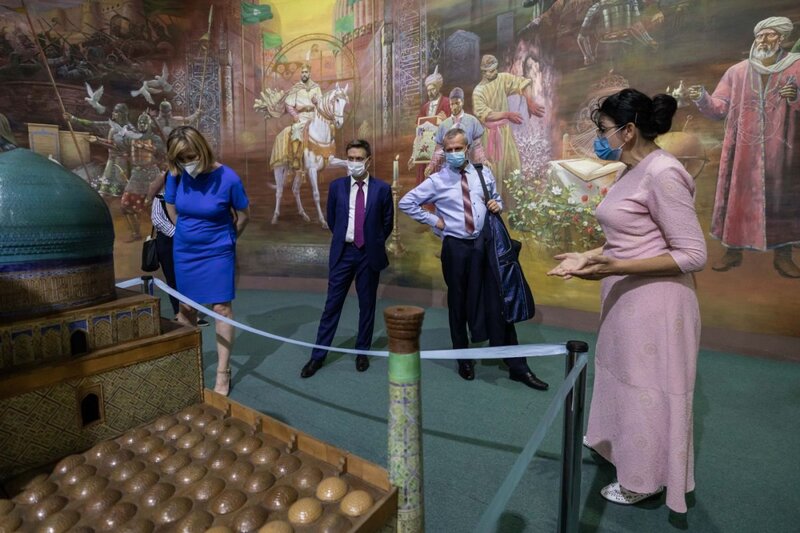 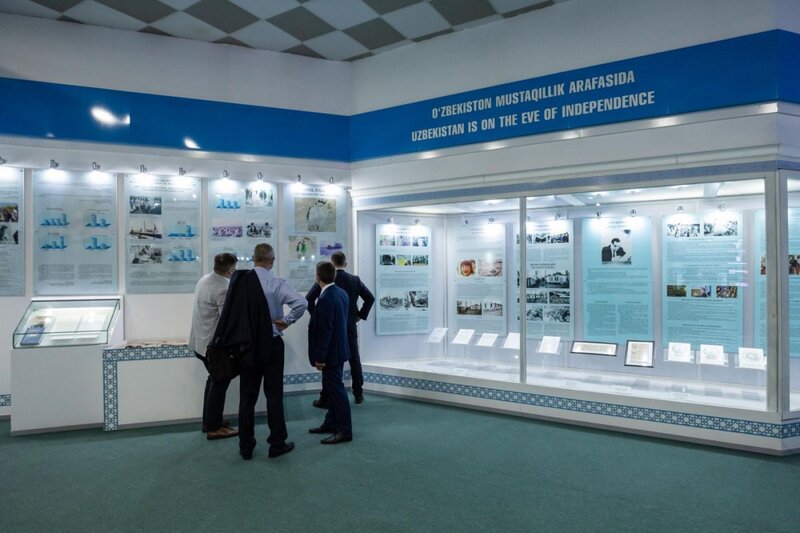 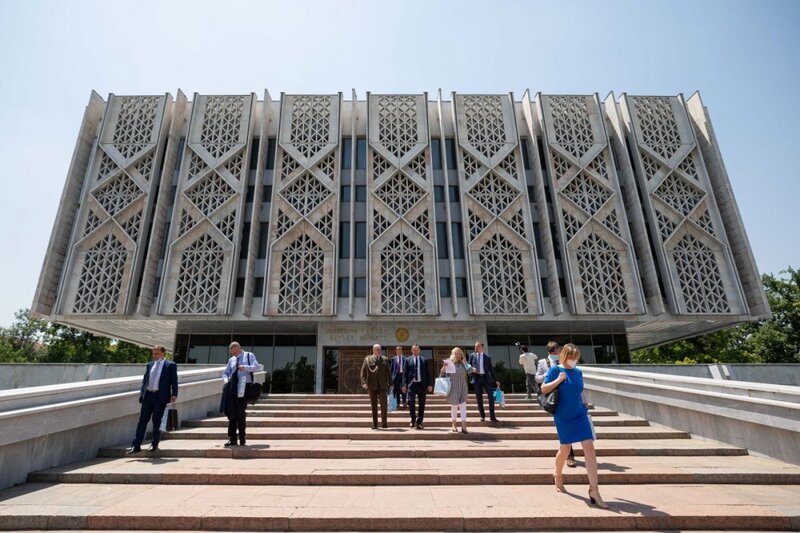 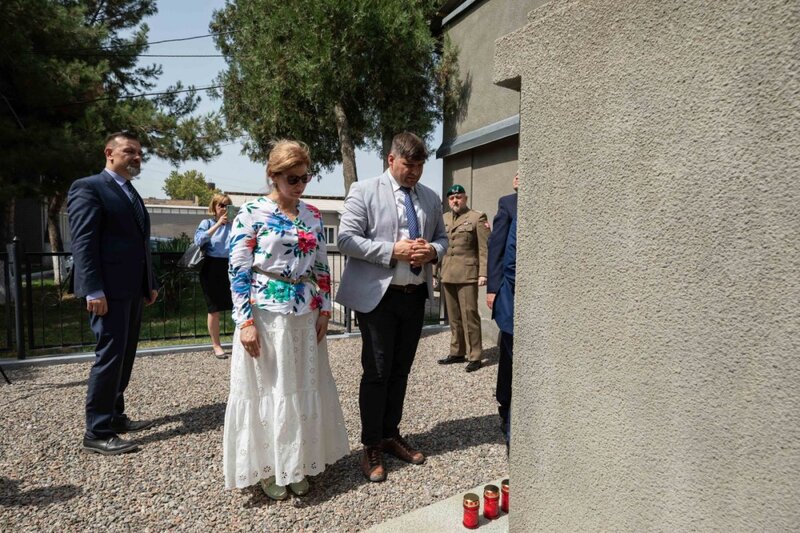 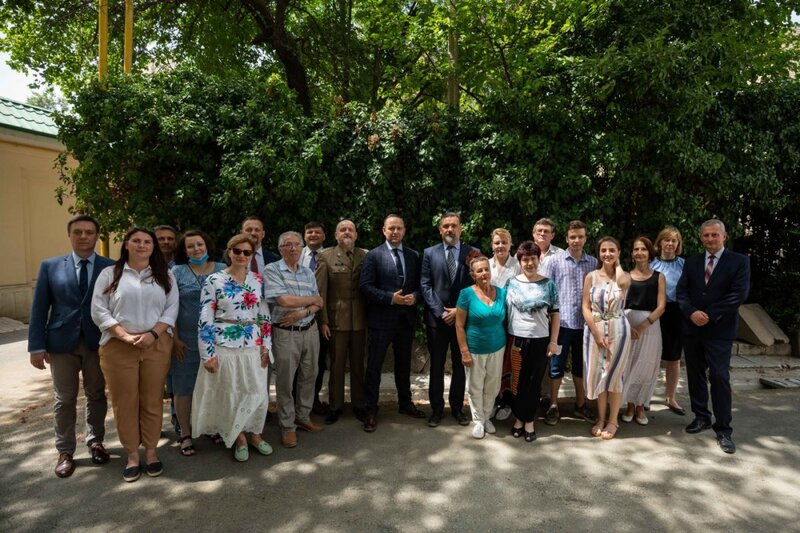 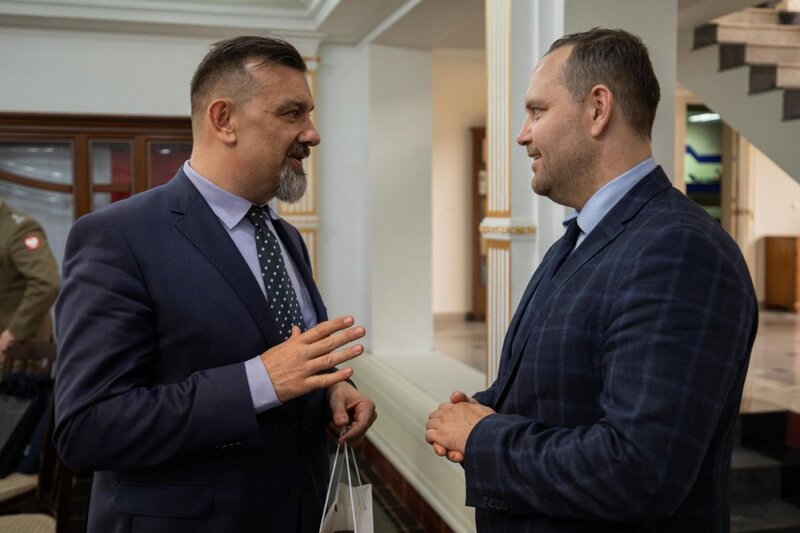 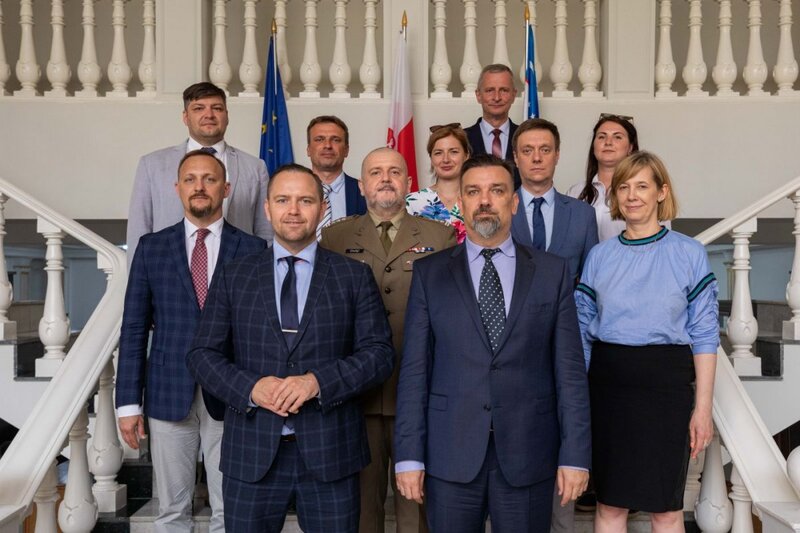 On the Polish side, the following persons participated in the talks: Deputy President of the Institute of National Remembrance, Karol Nawrocki, Ph.D., Deputy Director of the IPN Archive Mariusz Żuławnik, Ph.D., Rafał Leśkiewicz, Ph.D., Plenipotentiary of the President of the IPN for research on occupational terror in Poland in the years 1939–1945 and Deputy Director of the Historical Research Office, and Head of the Division of International Information and Relations at the IPN’s Office of the President and Social Communication Agnieszka Jędrzak. The delegation of the Institute of National Remembrance was accompanied by representatives of the Museum of World War II.

During the meetings, issues of bilateral cooperation in the scholarly, archival and commemorative fields as well as obtaining support from the Uzbek side in the implementation of the international, commemorative and educational project "Trail of Hope", which aims to show the journey of over 116,000 Poles – civilians and soldiers of General Anders – and the trail  of the1st Armored Division of General Maczek. The planned Polish-Uzbek cooperation assumes, among other things, the exchange and digitization of documents, the edition of sources by Polish-Uzbek working groups, the creation of lists of source materials and the materials’ development, joint scholarly publications, as well as the organization of a series of conferences devoted to the figure of General Anders and Polish-Uzbek relations.

The talks between the delegation and the Uzbek side were organised with support and guidance from the Embassy of Poland in Tashkent, and attended by the Ambassador Extraordinary and Plenipotentiary Radosław Gruk.

Additionally, the visitors from Poland also travelled to the town of Yangiyoʻl in the Tashkent administrative province, where the staff and most units of General Władysław Anders’ troops (an army formed as a result of the conflict between two totalitarian regimes and Polish hope for freedom) were stationed. The Polish delegation paid a visit to the town's military cemetery and visited other burial sites of Polish nationals. The group then spoke to the people who can still remember the several-month-long stay of Polish soldiers in the region, and video-recorded their testimonies. At the Polish community culture center, the visitors met with the local Poles, who outlined the center’s activities and talked about their needs; the IPN undertook to support the center with educational materials, publications and board games.

The Institute of National Remembrance and the Museum of the Second World War are beginning close cooperation on the aforementioned "Trail of Hope" project.

The practical rationale for removing Polish troops from the Soviet territory in 1942 were food and weapons shortages, but there were also military reasons; combined, they justified immediate removal of these units to the Middle East in mid-1942.

In June 1940, while France was giving in to the Wehrmacht offensive, Britain, desperately looking for allies, went about reconciliating two conflicted states: the USSR and Poland. Back in 1939, acting hand in hand with Germany, the former invaded the latter, annexed nearly half of its lands, and went on to repress the population. The British wanted Sikorski’s cabinet to accept territorial losses in return for the Soviet permission to form the Poles deported East into military units that would fight the Germans. Since the Polish PM saw the price as too high, the project failed.

Meanwhile, Stalin had his own plans for Polish units in the Soviet Union. In October 1940, he trusted Colonel Zygmunt Berling and a group of officers with the task of forming Polish troops in competition to the ones subordinated to the London Government. What’s more, 4 June 1940 Politburo resolution allowed for creating one rifle division out of Poles serving in the Red Army, which meant that prisoners were excluded from draft.

This attempt to have Polish military in the USSR also turned out premature, because it was prevented by the German attack on its former ally. Now it was the USSR, suffering devastating defeats, that desperately tried to secure international assistance. In July, it signed an agreement with the Polish Government-in-Exile that allowed forming Polish units to be used against the Germans under operational command of the Red Army, and backed it up with an amnesty for the Poles in the Soviet prisons and camps. One of the released, General Władysław Anders, was given the overall command of the new formations. Servicemen and civilians flocked to the draft offices in the Volga region, and soon the ranks swelled to nearly 70,000 people and kept swelling. However, their further growth was impeded by major obstacles.

In March 1942, the Soviets reduced the number to 44,000, giving food shortages as the reason. At the same time, the Western Allies left the distribution of equipment supplies they delivered to the Russians, who were supposed to hand an appropriate portion to Anders’ troops. They didn’t, and what’s more, weren’t too generous in handing over their own armaments either. The Soviet promise to arm the second division never materialized.

By then, March 1942, the Poles had already left the Volga region and were stationed in the Soviet republics of Uzbekistan, Kazakhstan and Kyrgyzstan, which was next door to Iran. The supply problem of the Polish troops was solved in Anders’ meeting with Stalin: the surplus volunteers who couldn’t be fed in the USSR were to be evacuated. In just two weeks, 44,000 people, 11,000 of them civilians, were relocated across the Iranian border.

A few months later, Anders asked Stalin for permission to remove the remainder of the Polish troops, and the Soviet dictator demanded a detailed analysis of the military situation, with the outline of possible benefits.

The report that Anders drafted for Stalin in May was logically sound and showed foresight of a good strategian: even though Persia (Iran) had been jointly captured by British and Soviet troops in the autumn of 1941, the forces deployed there were too weak to safeguard the oil fields, Soviet southern border and Allied supply routes there, or the rear of the British troops fighting in Libya. The Polish general managed to convince Stalin that the next move for Hitler would be to head for the Caucasus and capture the oil fields of Baku – which, according to him, was possible from either Ukraine or Libya and Egypt – and then proceed to Iran. Since the British were eager to arm the Poles themselves (they needed all reinforcements they could get), and German exploits in Libyan Tobruk or Egyptian Marsa Matruh of June 1942 made Anders’ predictions plausible, Stalin agreed – and anyway, getting rid of the Poles he saw as obstacles to his plans for their country, suited his book.

In all, by late November 1942, over 115,000 Poles, a third of them civilians, were evacuated to Iran, which, no doubt, saved them. In early 1943, the world heard about the discovery in Katyn near Smolensk of the graves of Polish officers murdered by the Soviets. It meant that the fate of independent Polish troops in the USSR territory would have been uncertain at best, and tragic at worst.