The IPN paid tribute to the victims of the Volhynia Massacre - Warsaw, 11 July 2021 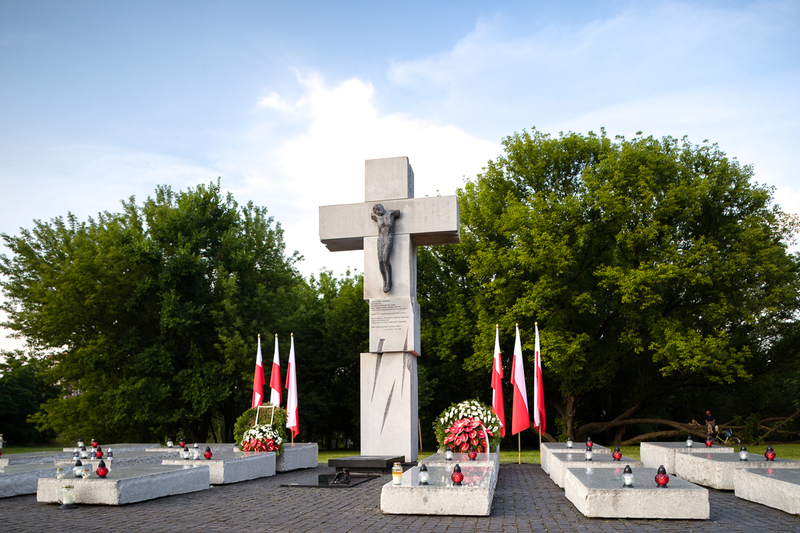 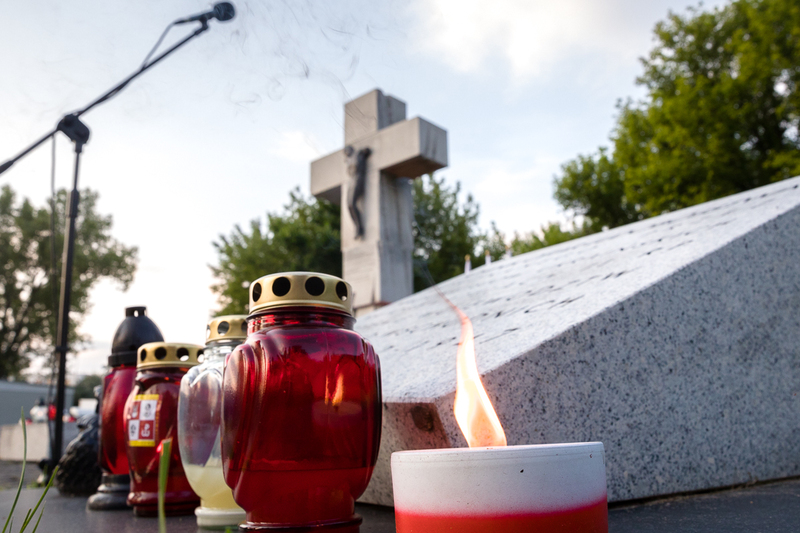 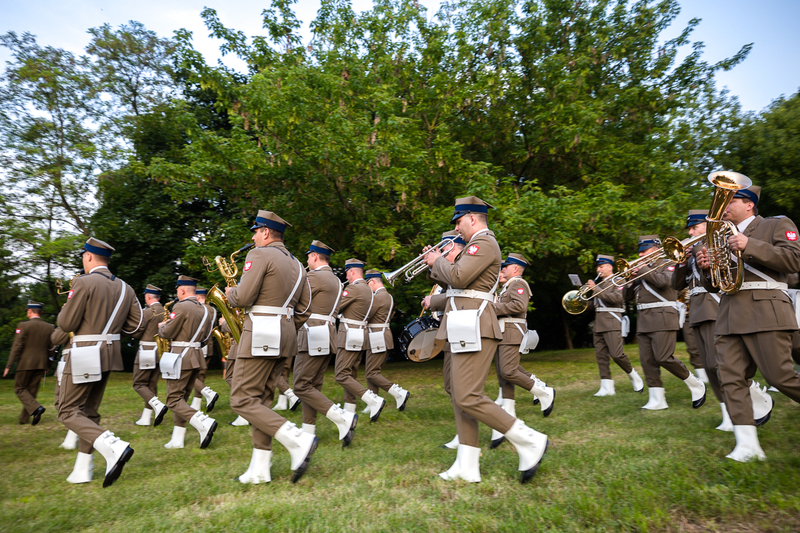 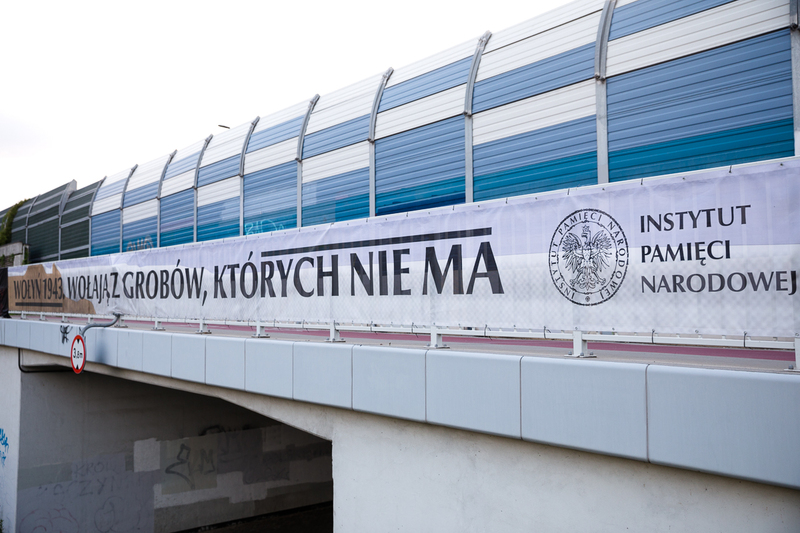 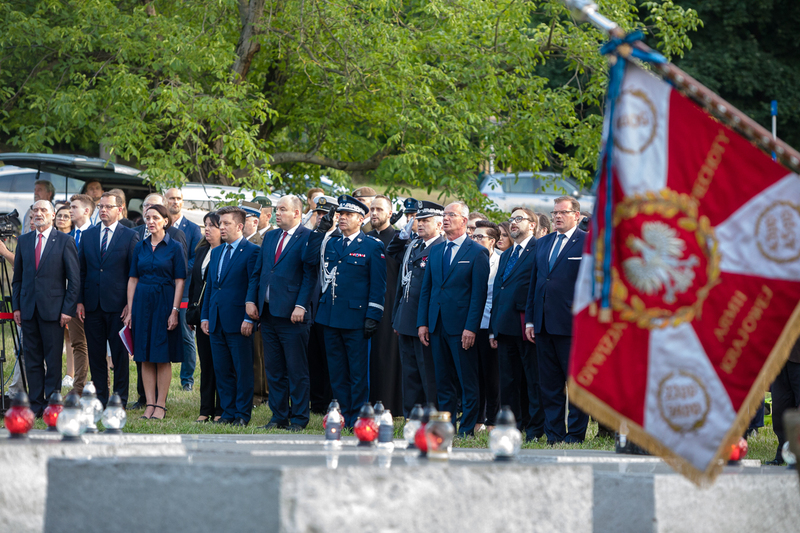 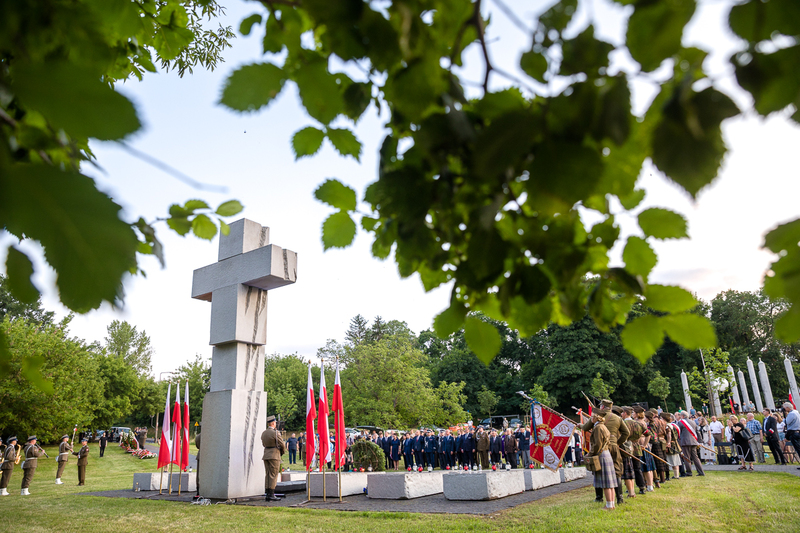 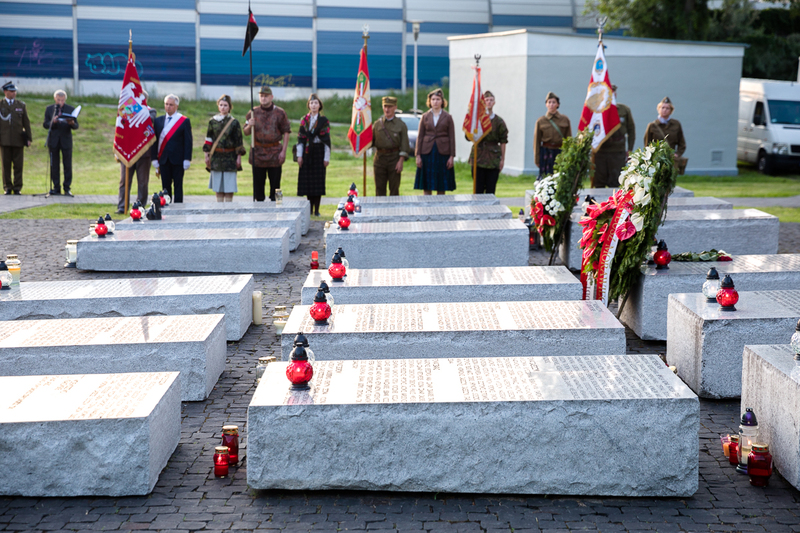 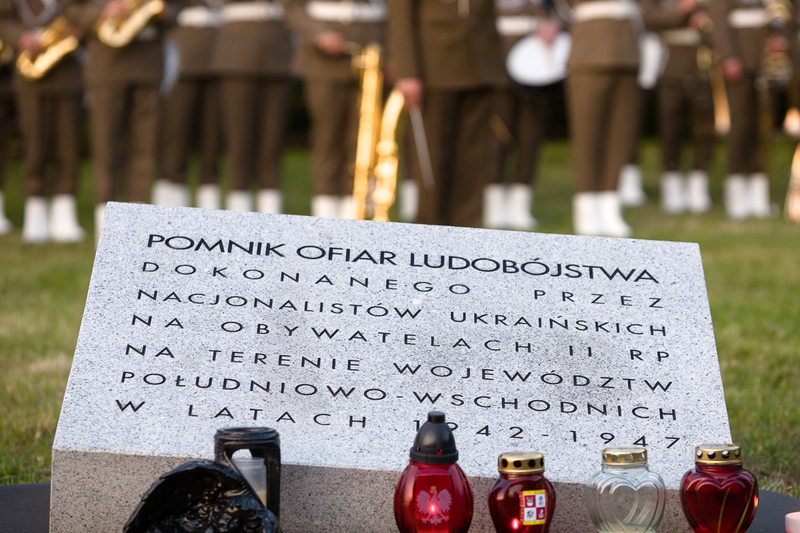 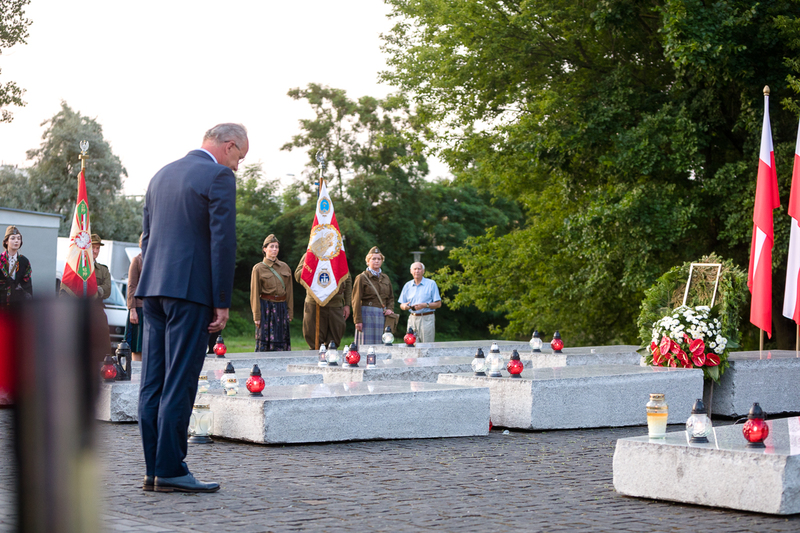 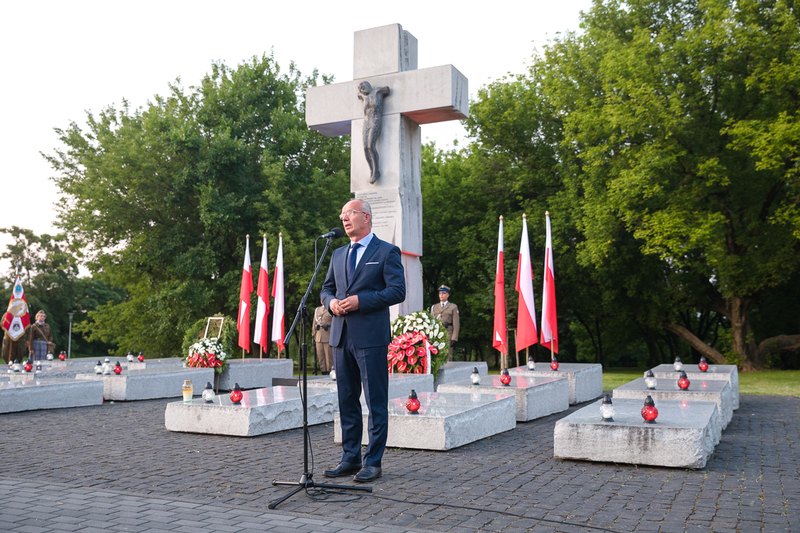 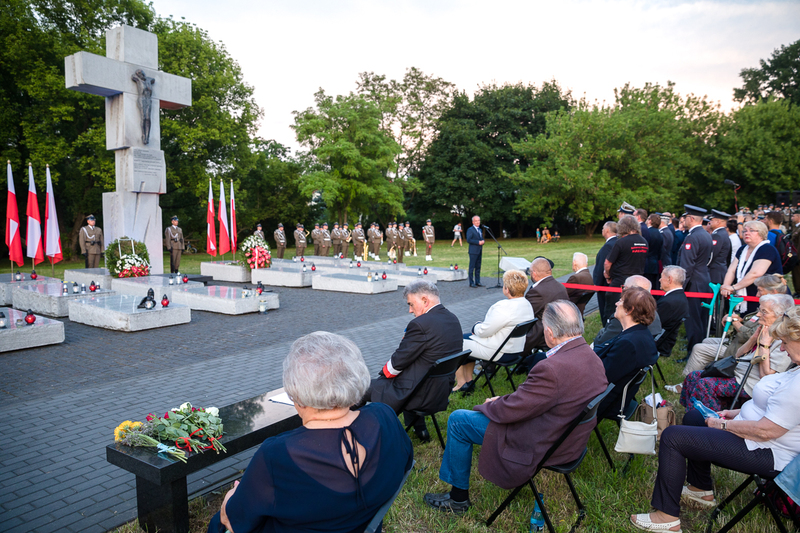 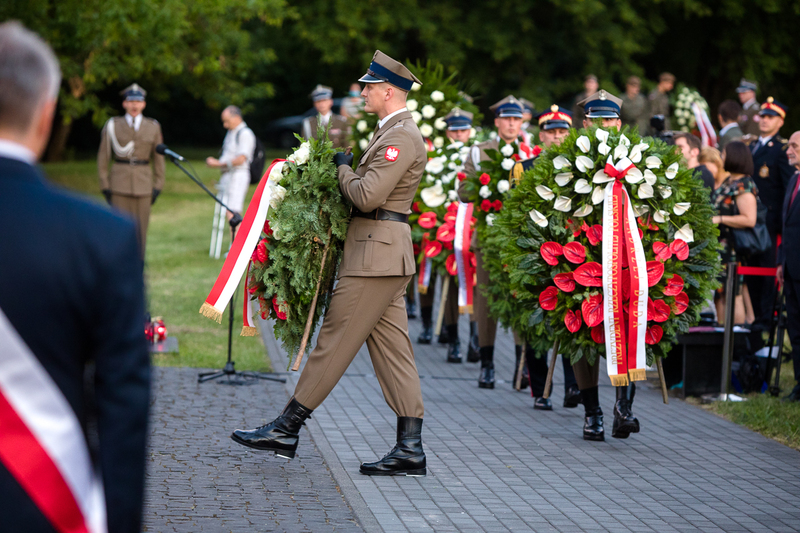 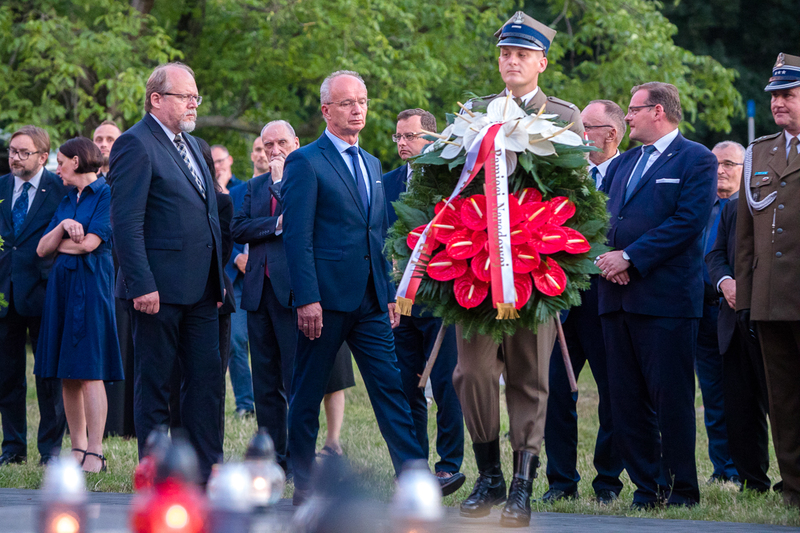 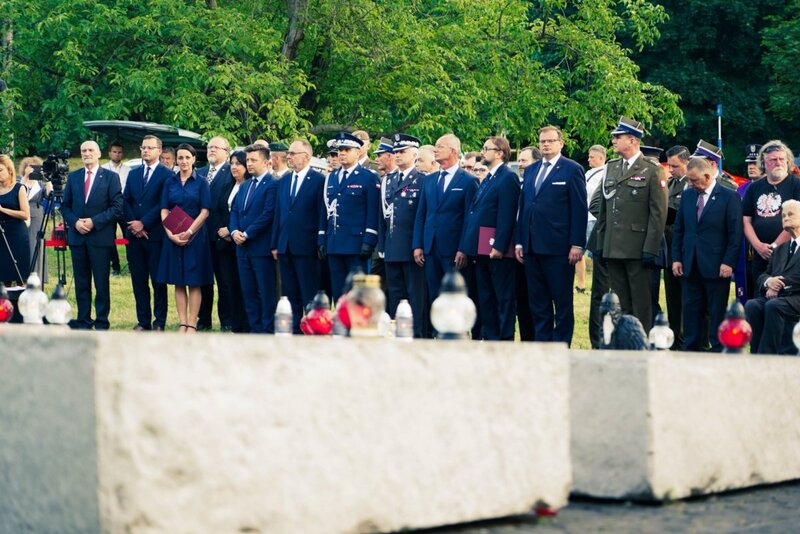 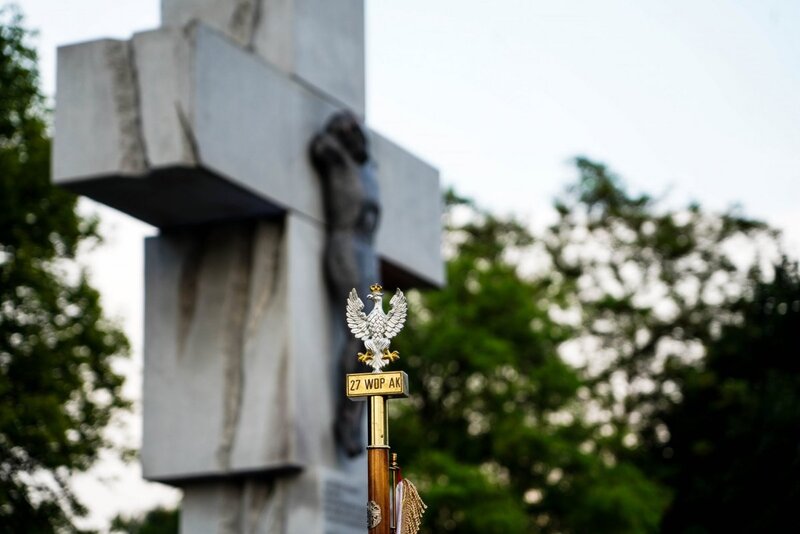 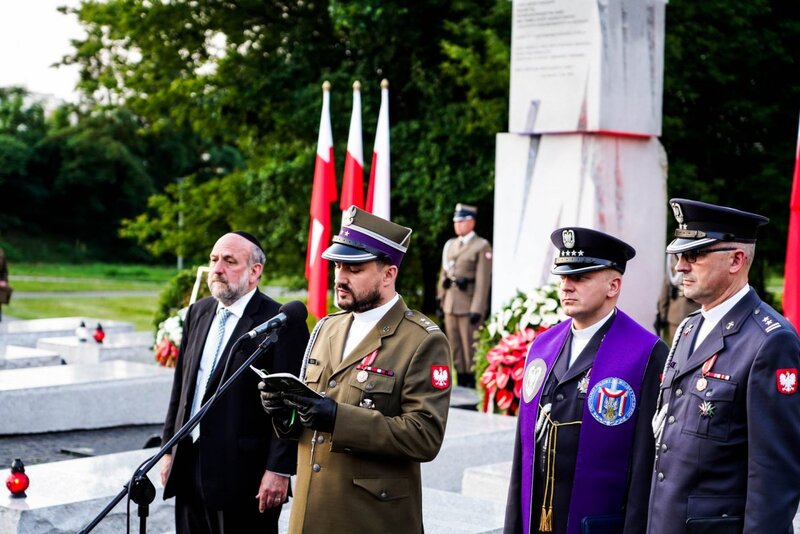 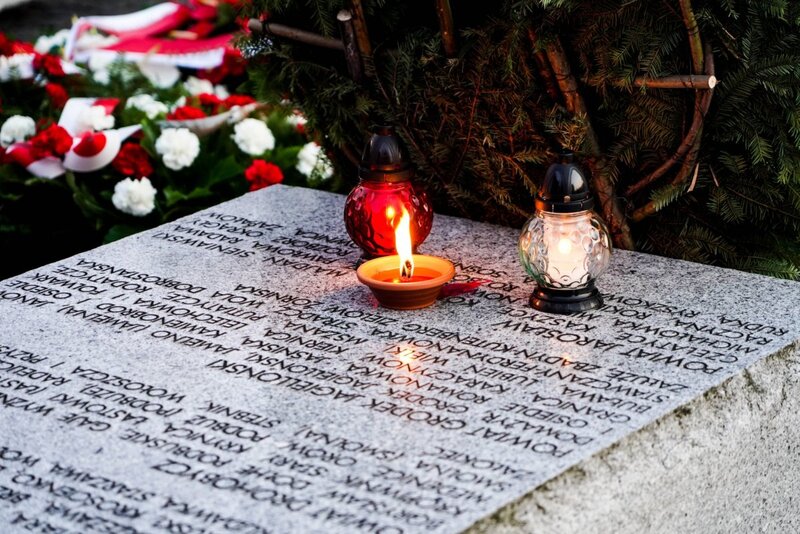 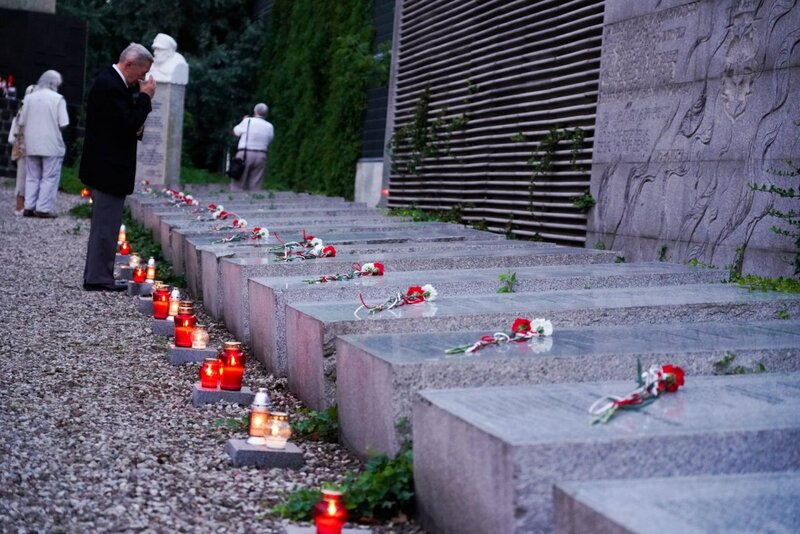 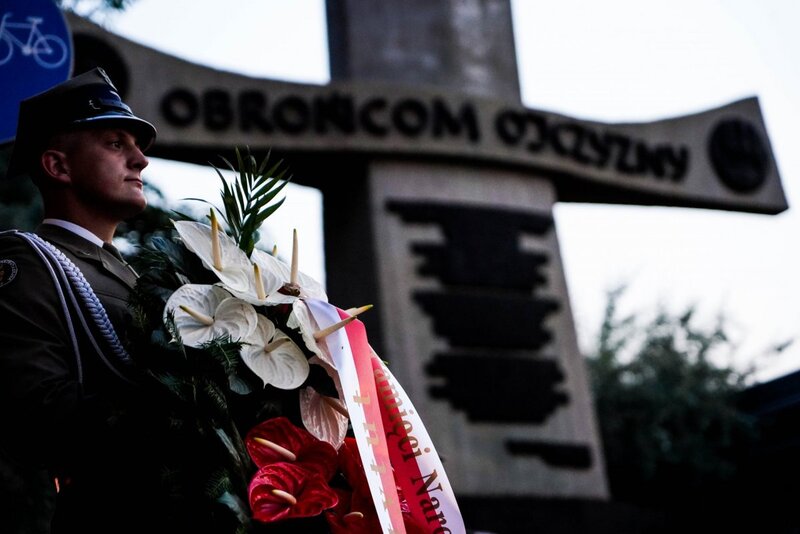 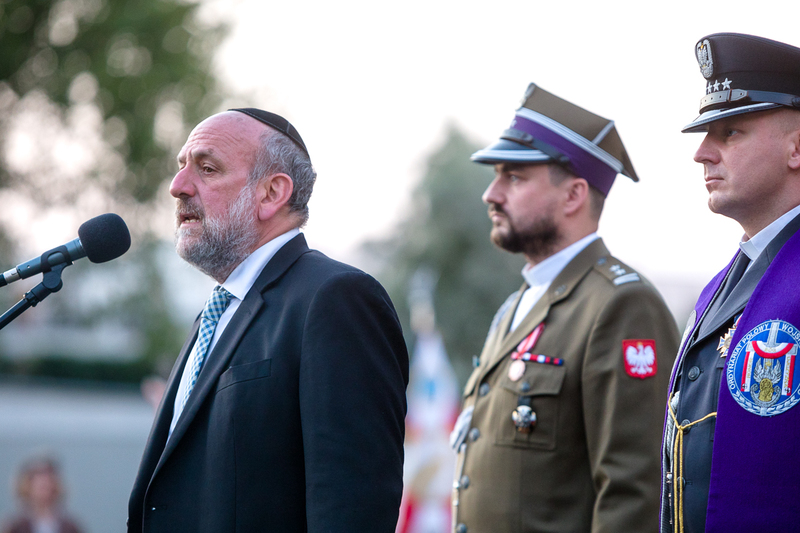 On the 78th anniversary of "Bloody Sunday", flowers were laid to commemorate the victims of the Volhynia Massacre. The IPN was represented by its Deputy President, Krzysztof Szwagrzyk, Ph.D, D.Sc.and Adam Siwek, the Director of the IPN’s Office for Commemorating the Struggle and Martyrdom.

The ceremonies commemorating the victims of the Volhynia Massacre took place by the monument to the Victims of Genocide, committed by Ukrainian nationalists on the citizens of the Second Polish Republic in the south-eastern provinces of Poland in the years 1942–1947 on 11 July 2021 at 8:00 p.m.

The relatives of the victims, representatives of the authorities and organizations devoted to preserving the memory of the Borderlands took part in a mass for the murdered. After the national anthem and occasional speeches, flowers were placed under the plaques with the names of places from the pre-war provinces of the Second Polish Republic where the slaughter took place. Then, the participants of the ceremony went to the monument of the 27th Volhynian Infantry Division of the Home Army, where they laid wreaths.

The IPN was represented by Deputy President Krzysztof Szwagrzyk, Ph.D, D.Sc. and Adam Siwek, the Director of the IPN’s Office for Commemorating the Struggle and Martyrdom.

The organizers of the ceremony were the Office for Veterans and Victims of Oppression and the Volhynia District Board of the World Union of Home Army Soldiers.

The National Day of Remembrance of Victims of Genocide perpetrated by Ukrainian nationalists on the citizens of the Second Republic of Poland was established by virtue of the resolution of the Polish Seym of 22 July 2016 to commemorate the victims of the Volhynia Massacre and other murders carried out on citizens of the Second Polish Republic. 11 July marks the anniversary of the so-called "Bloody Sunday" of 1943, which was the culmination of the mass extermination of the Polish civilian population in Volhynia by the Ukrainian Insurgent Army (UPA).

On Sunday 11 July 1943, the UPA detachments carried out a coordinated attack on 99 Polish villages, mainly in the Kowel, Włodzimierz Wołyński and Horochów counties. This was the climax of the murders carried out from February 1943 until the spring of 1945.