Pacification operations in the Polish countryside during World War II. Fate and remembrance 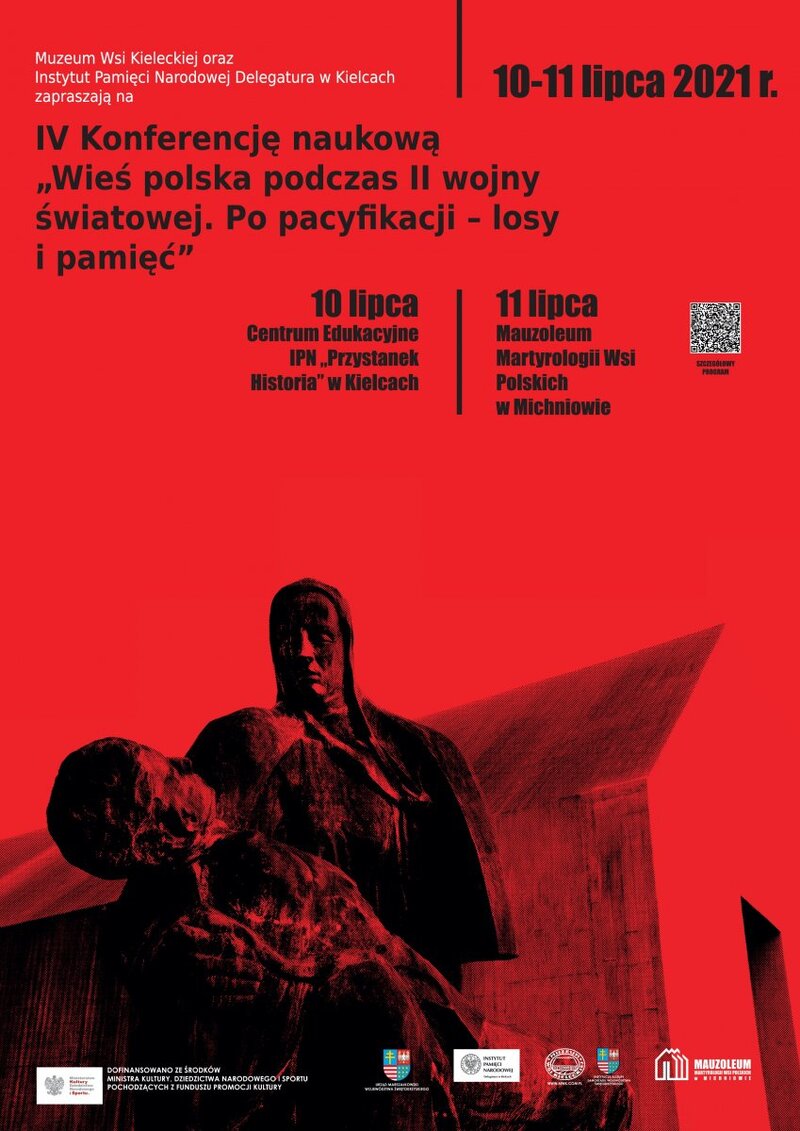 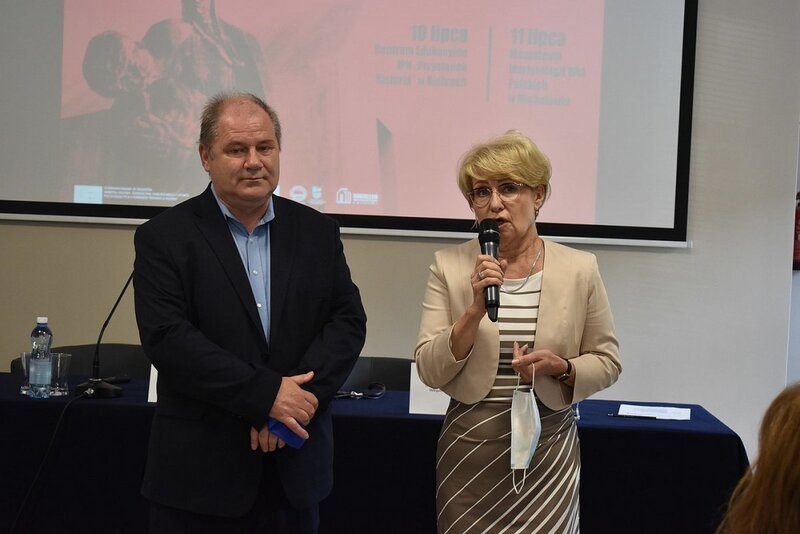 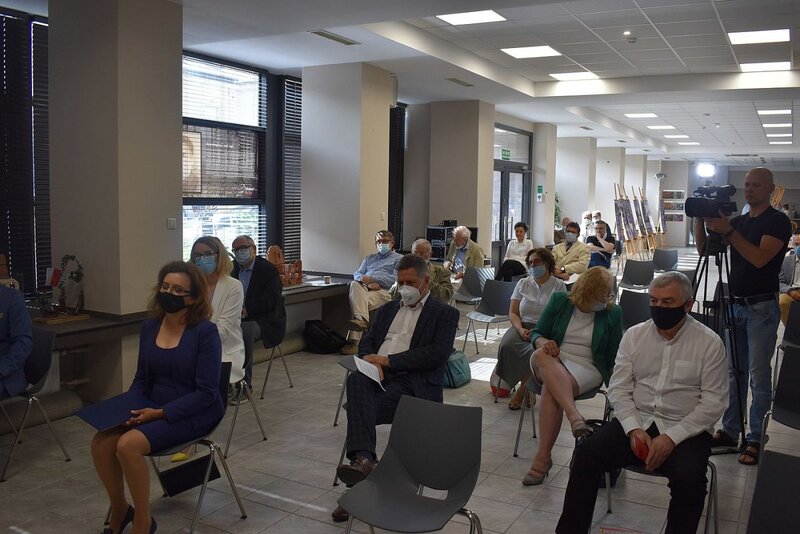 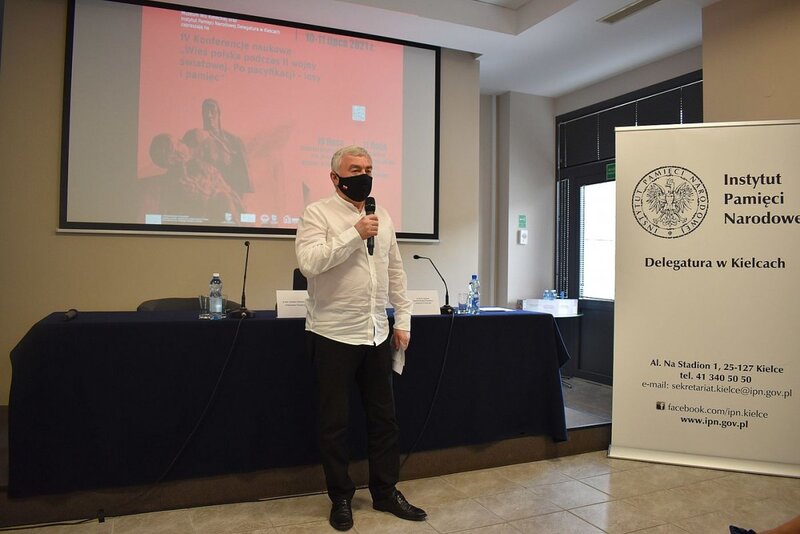 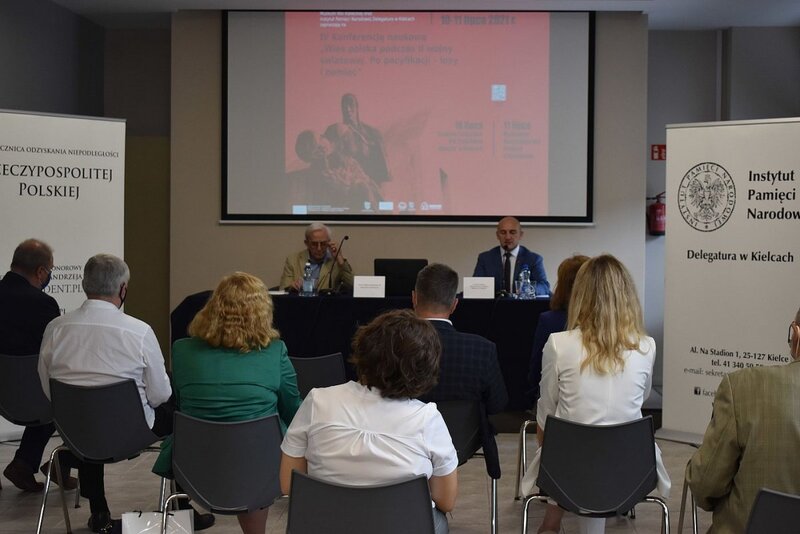 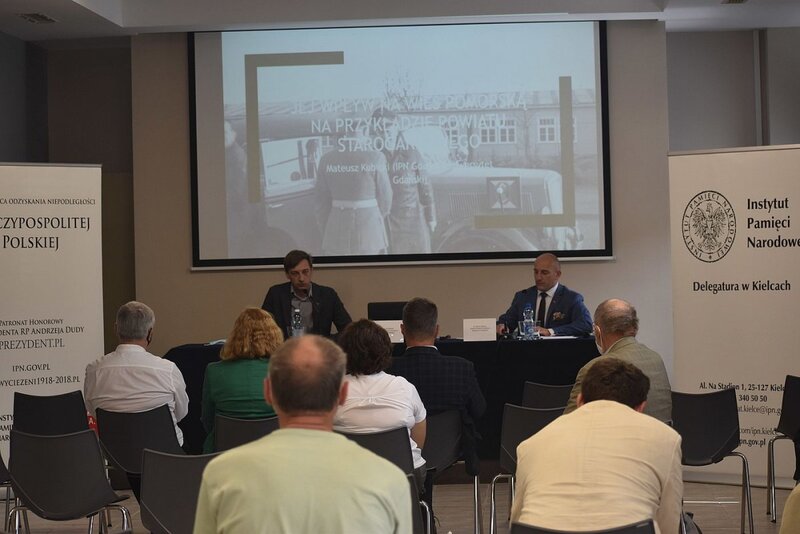 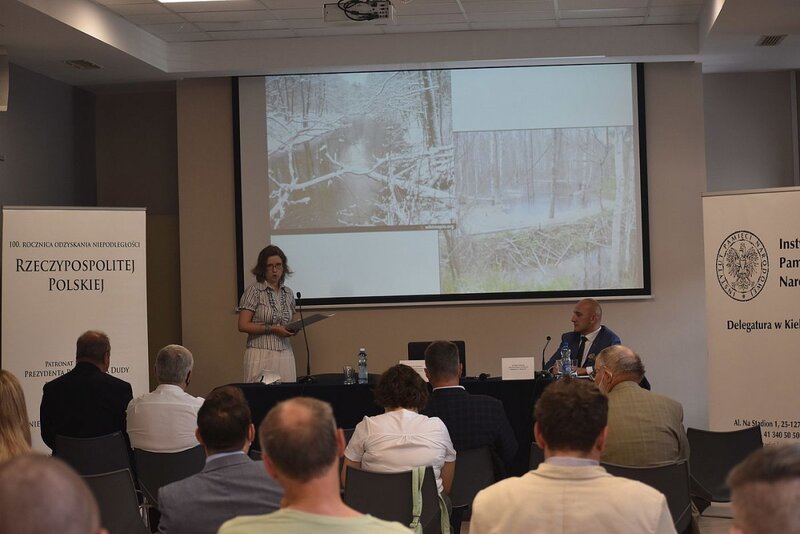 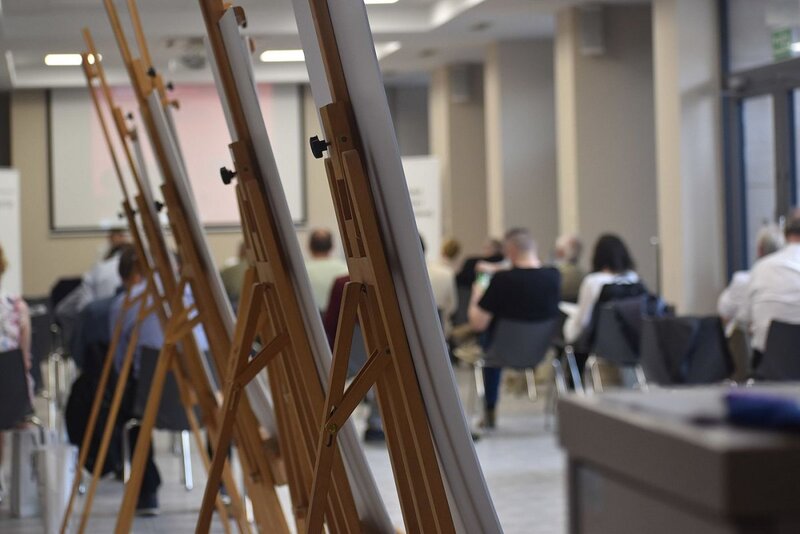 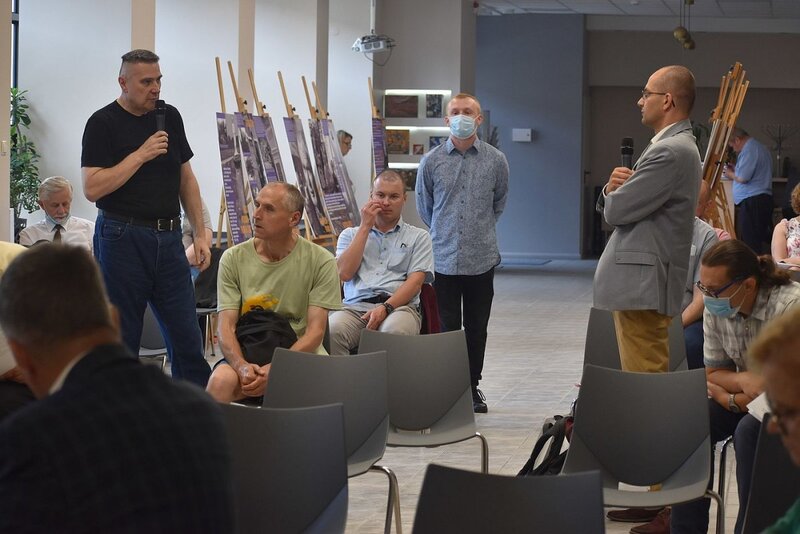 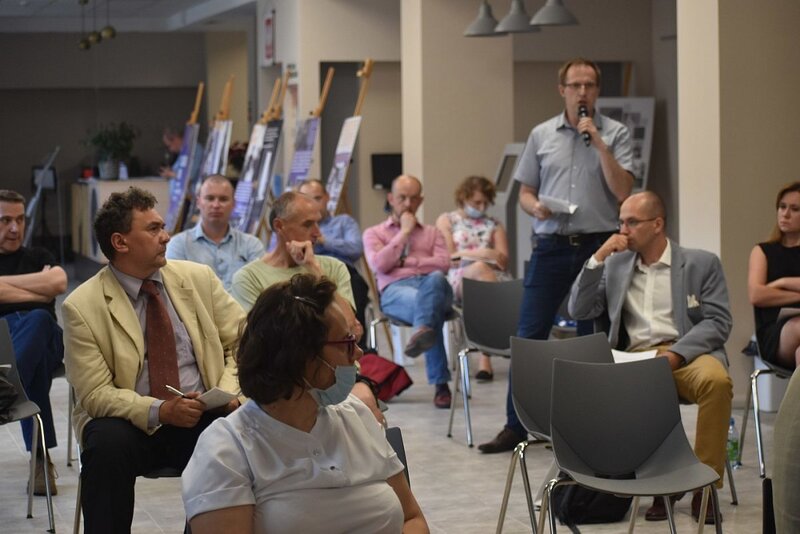 This conference was an opportunity to discuss various issues related to the victims of the repressions and their later fate, the reality following the pacification operations, and the process of rebuilding burnt villages. This year’s edition focused on an individual– a witness to German and Soviet cruelty. Michniów in the Kielce province became a symbolic place, commemorating the martyrdom of all Polish villages pacified during World War II.

“Michniów was a village that would never be rebuilt. This was the intention of the Germans. Not  only did they burn down the village murdering its inhabitants, but they also forbade its reconstructiom. This was one of many Polish villages pacified this way. Had it not been for the survivors and others, their determination and willingness to bear witness to what had happened, this community would most probably have never been rebuilt. Especially in eastern Poland, there are many such forgotten villages,” said Dorota Koczwańska-Kalita, Ph.D., Head of the IPN’s Kielce Sub-branch.

The day before the celebrations of the Polish Countryside Martyrdom Day, some 30 academics from around Poland debated on the German occupation policy and pacification operations in the villages in the Lublin region and in the Świętokrzyskie Mountains in the years 1939–1945. They also talked about the activities conducted by the Home Army and Peasants’ Battalions towards the Ukrainians in March 1944, the situation of children in the context of displacement and pacification operations in the Zamość region.

The conference was organised by the IPN’s Kielce Sub-branch and the Museum of the Kielce Countryside.

·         11.35              Dominik Szulc, Ph. D. (Institute of History of the Polish Academy of Sciences), Pacification and what next? Places of isolation for victims of pacification in the villages of Zamość and Kraśnik districts

·         12.35              Sławomir Jan Maksymowicz, Ph.D. (State Archives in Olsztyn), Pacification of villages in the Lublin region and in the Świętokrzyskie Mountains in 1939–1945. Prevention and operation methods applied by Polish partisan units

·         15.15              Piotr Kacprzak (Regional Directorate of State Forests in Radom), Forests, foresters and forest settlements in the armed underground and the resistance during World War II in the Świętokrzyskie region – fight and memory

·         16.55              Piotr Olechowski (Institute of National Remembrance in Warsaw), Inhabitants of the Galician coutryside, as targets of repression by the Soviet security apparatus during World War II

·         9.45                Monika Tomkiewicz, Ph.D.,PhSc. (Institute of National Remembrance in Warsaw), Retaliation as one of the methods of terror applied by the Germans in Polish villages in the Vilnius region in the years 1942-1944 on the basis of an example of the pacification of the villages of Pirciupie, Krapiwno, Olkieniki, Połuknia and Święciany

·         10.05              Barbara Kościelny (Institute of National Remembrance, Rzeszów Branch), Beyond recollection. Forgotten and unknown crimes of the Organization of Ukrainian Nationalists / Ukrainian Insurgent Army (OUN-UPA) in the Carpathian districts of the Lwów and Stanisławów provinces

11.05              Tomasz Bereza (Institute of National Remembrance, Rzeszów Branch), Połowce village in the Czortków district in the years 1939–1945. Remembering the crimes committed by the OUN-UPA against the Polish inhabitants of a Podolian village

12.25              Adam Kuź (Stutthof Museum in Sztutowo – Piaśnica Museum in Wejherowo), Terminology of the scientific and journalistic description of crimes committed against the Polish population by the OUN / UPA units in the years 1939–1945

12.45              Izabela Bożyk, Ph.D. (Kielce Scientific Society), Pacification of villages in the Świętokrzyskie region in the local memory and awareness of young people from Kielce secondary schools on the 76th anniversary of the end of World War II

13.05              Dominika Siemińska, Ph.D. and Michał Nowak (Institute of National Remembrance in Warsaw), Searching for the victims of totalitarian systems as a contribution to commemorating the martyrdom of the Polish countryside in the Second Polish Republic

13.25              Tomasz Andrzej Nowak, Ph.D. (The Stanisław Sankowski Regional Museum in Radomsko), Crimes of German troops in selected villages of the Radomsko district in the first days of September 1939 and their commemoration

13.45              Ewa Kołomańska (Museum of the Kielce Countryside – Mausoleum of Polish Rural Martyrology in Michniów), The need for remembrance – changes in the way of commemorating historical events