The Kielce conference of 2 July 2021, exploring Polish-Jewish relations in the 20th century as seen by foreign researchers, has now been made available in the English-language version. 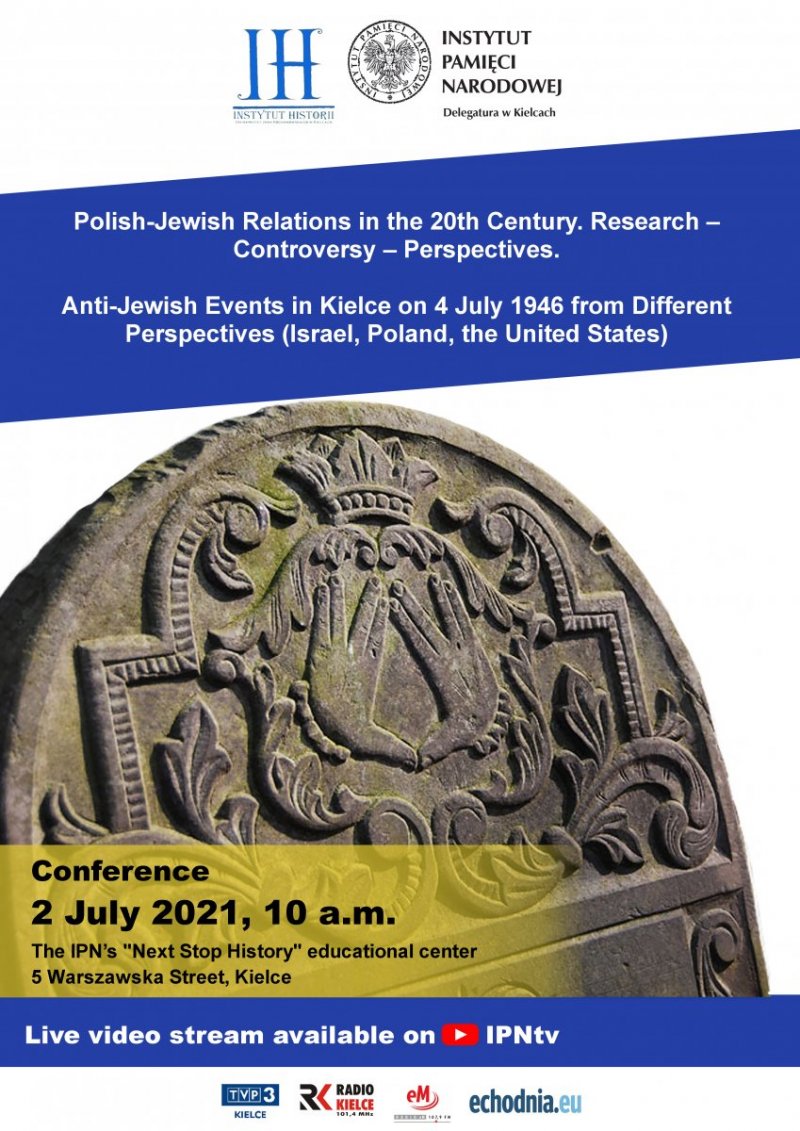 The participants of the scientific conference presented information on how the tragic events of 4 July1946 were perceived by researchers and the media in other countries. During the opening speech, the Head of the IPN’s sub-branch in Kielce, Dorota Koczwańska-Kalita, Ph.D. emphasized that a discussion on the subject is most definitely needed in order to dispel certain stereotypes entrenched in Western societies.

“The topic of the Kielce pogrom began to be addressed in the mid- 1980s and 1990s. The difficult flow of information, the issue of the lack of contacts between scholars and even the linguistic barrier, however, contributed to Poles being commonly perceived in the West as fascists and anti-Semites. This was the result of communist propaganda,” said Dorota Koczwańska-Kalita, Ph.D.

On 4 July 1946, 36 Jews were murdered in Kielce. In total, more than 40 Jewish inhabitants of the city perished in the pogrom as some of the wounded died in hospitals. The tragic events were triggered by a false rumor that a child of one of the Polish residents had been kidnapped by a Jewish neighbor.

“At one moment, the soldiers entered the building, shot at Jews, and disarmed them. The Chairman of the Jewish Committee was brutally murdered. The soldiers changed their clothes and shot at the crowd. This cannot be explained otherwise than as a deliberate, provocative action. It was intended to trigger a specific reaction of the people waiting outside the building, “ said Tomasz Domański, Ph.D., from the Historical Research Office of the IPN’s Sub-branch in Kielce.

Another argument in favor of the provocation was the inaction of the authorities that, according to Domański, did not try to stop those who murdered the Jews. In his works, Ryszard Śmietanka-Kruszelnicki, Ph.D., proves that a quick and efficient reaction may have stopped the mob. This was the case at the Kielce Herbskie Railway Station where Jews had also been murdered but the crowd was finally stopped from any further action.

“Three people were able to stop the attackers. Why was there no similar behavior at Planty Street? The answer is clear, said Tomasz Domański, Ph.D.

The conference was also an opportunity to find out more about the attitude of Jews towards the Polish diaspora in Palestine and Poland’s position on the international arena in 1946. The participants also discussed other issues related to the Kielce pogrom as portrayed in the American press of 1946. The final point of the conference was a panel discussion with the participation of all of the speakers.

The event was organised by the Institute of National Remembrance, Kielce Sub-branch and the History Department of the Jan Kochanowski University.