The exhibition “This is where farmers' ’Solidarity’ was born” officially inaugurated

Deputy President of the Institute of National Remembrance Mateusz Szpytma, Ph.D, participated in the opening ceremony of the IPN’s exhibition “This is where farmers' ’Solidarity’ was born” in Zakliczyn on 10 June 2021. 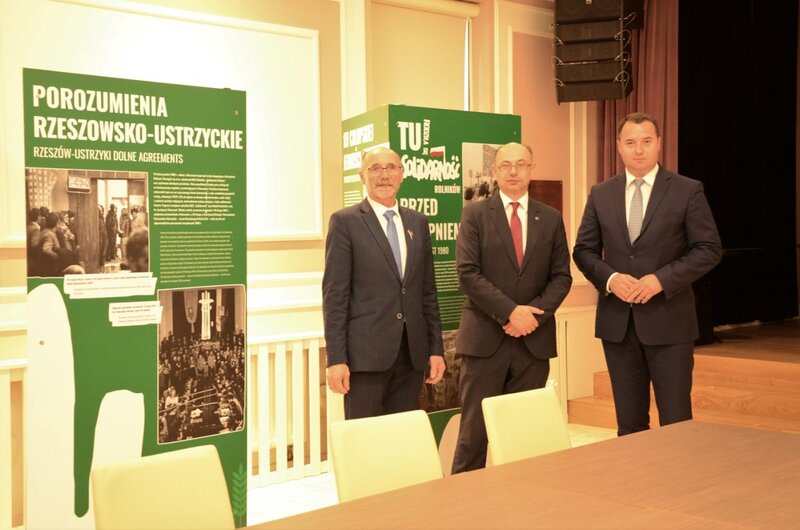 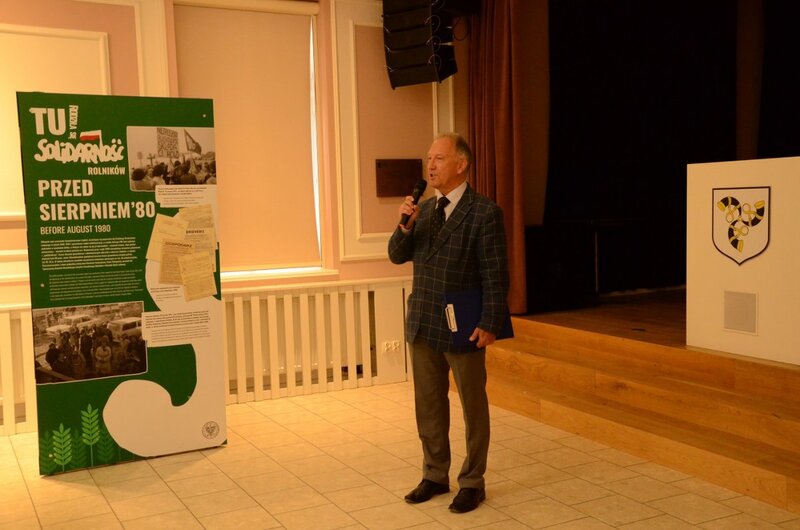 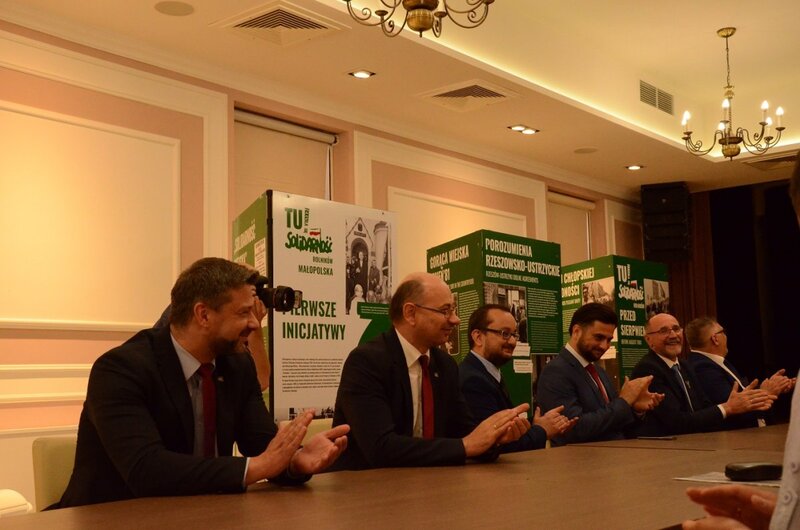 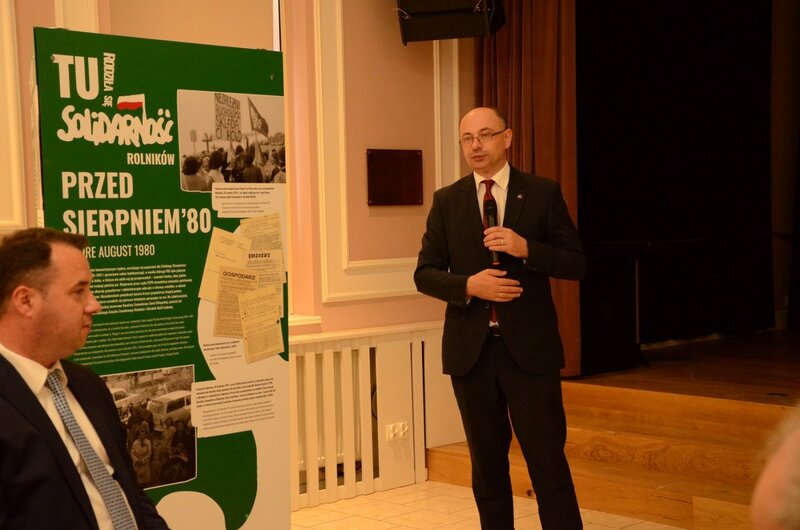 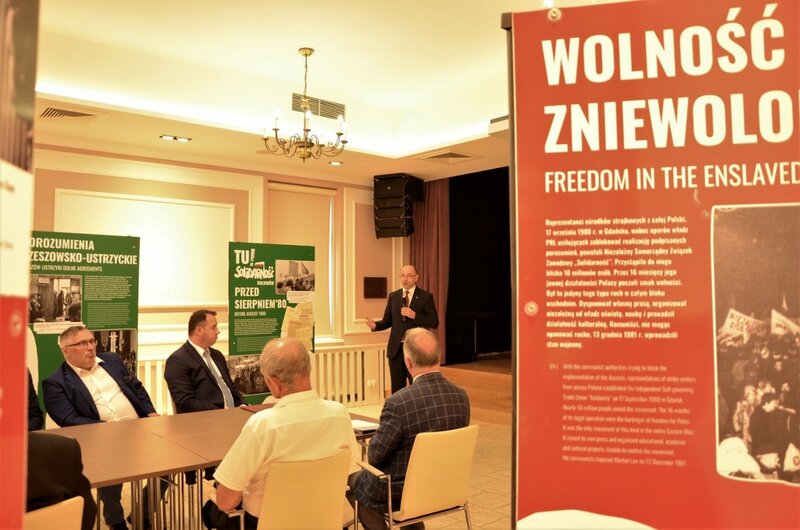 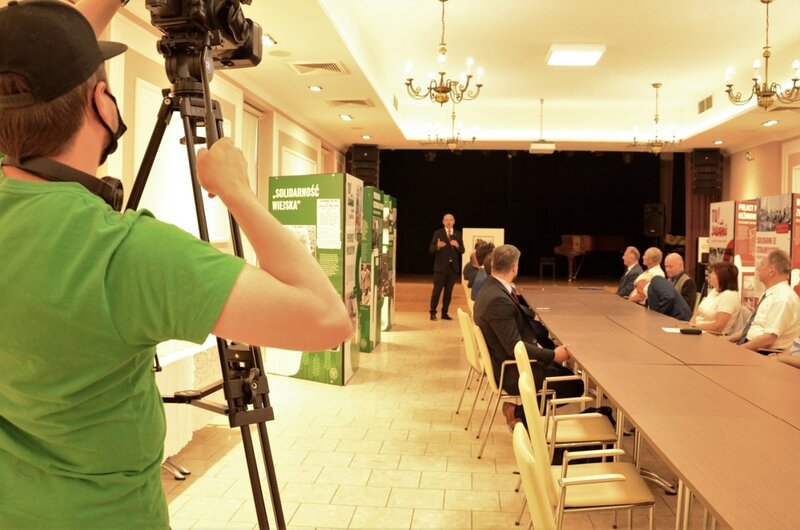 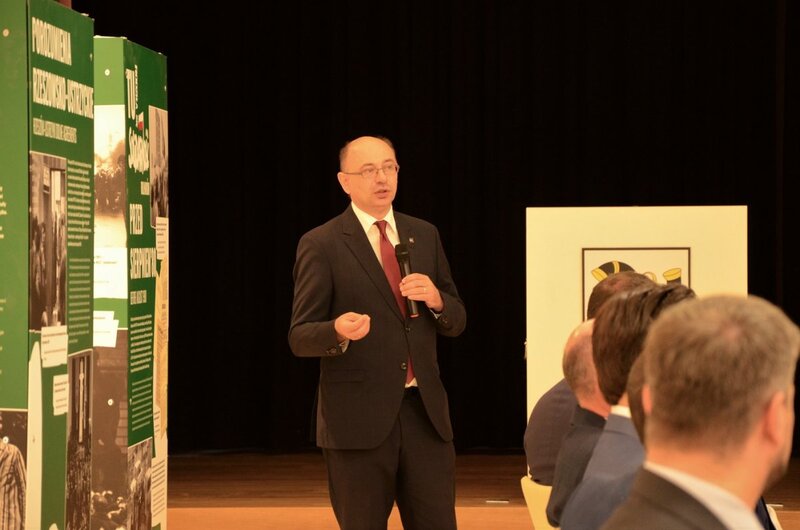 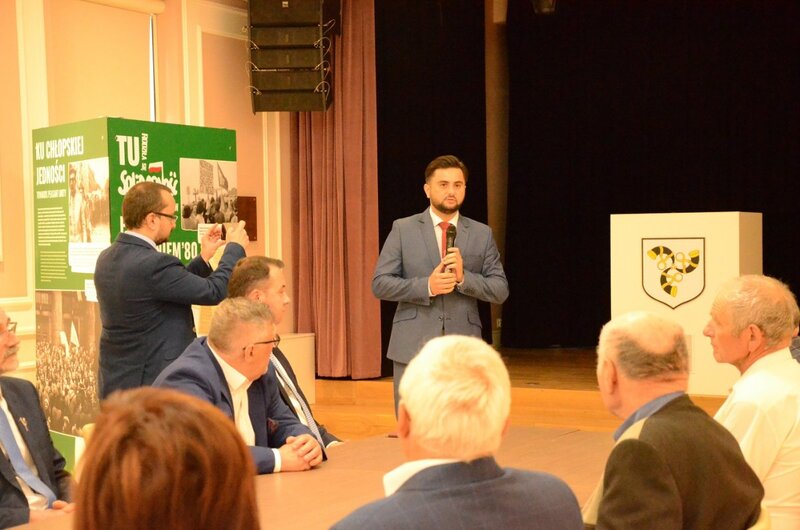 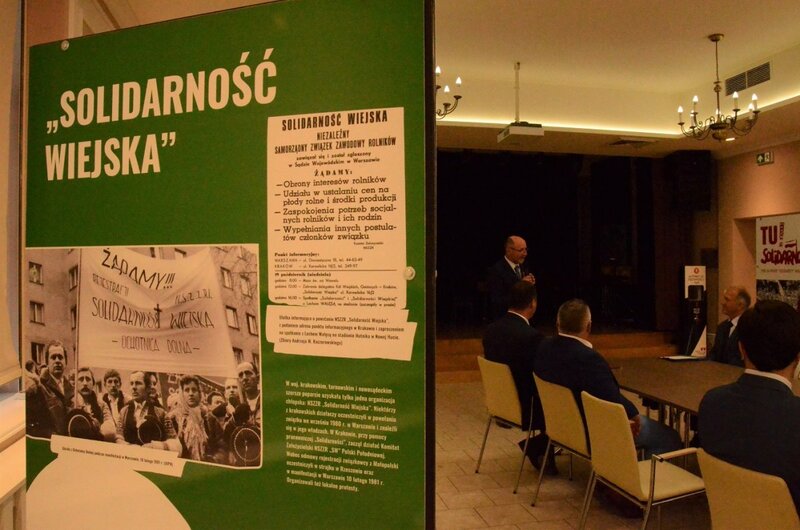 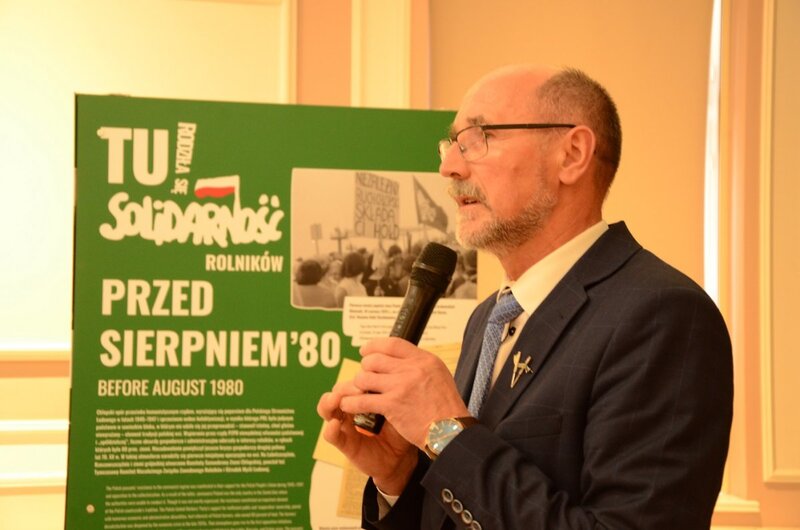 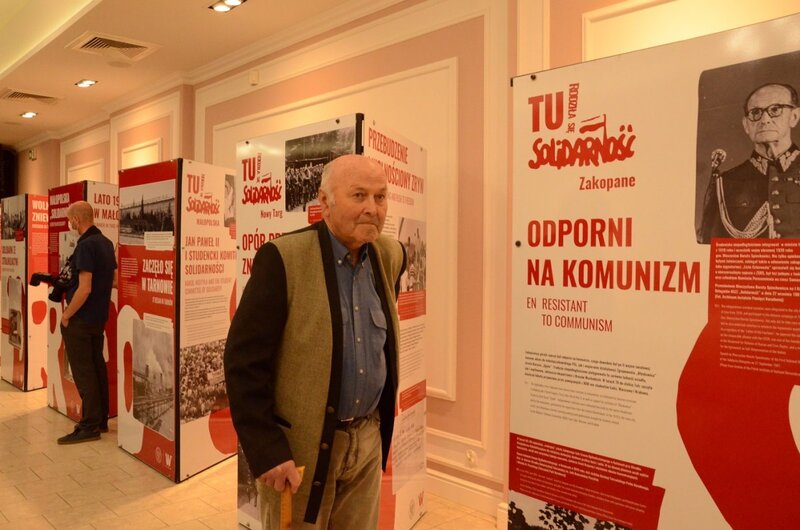 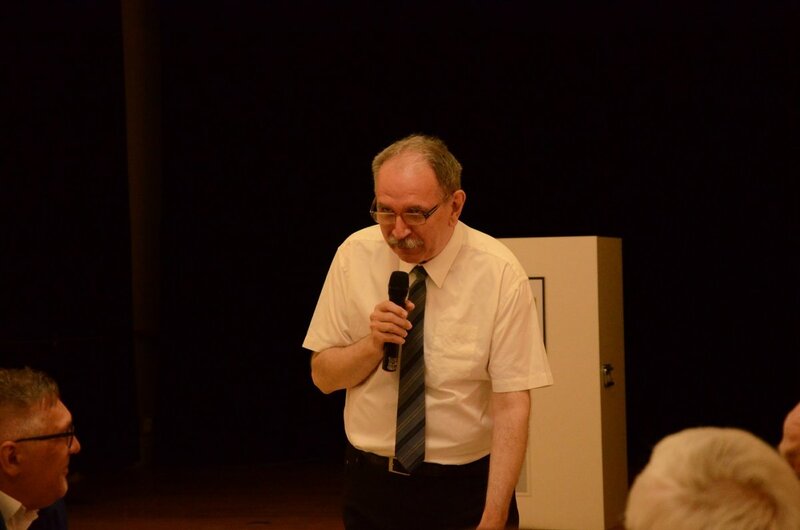 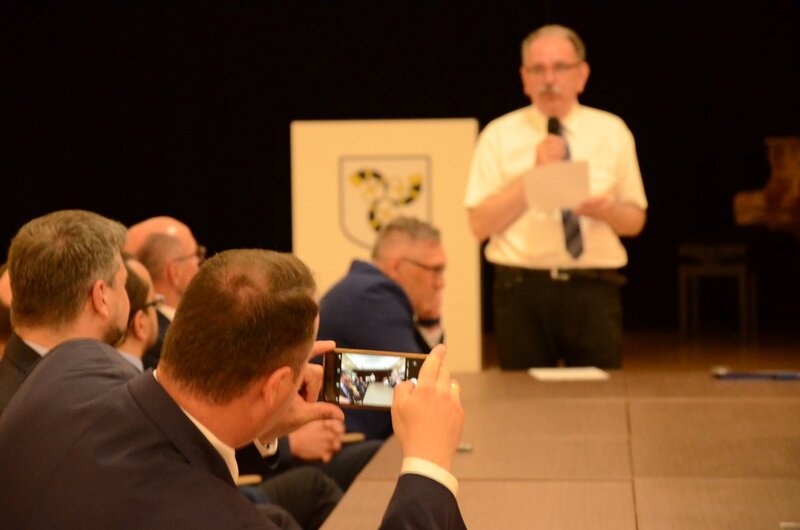 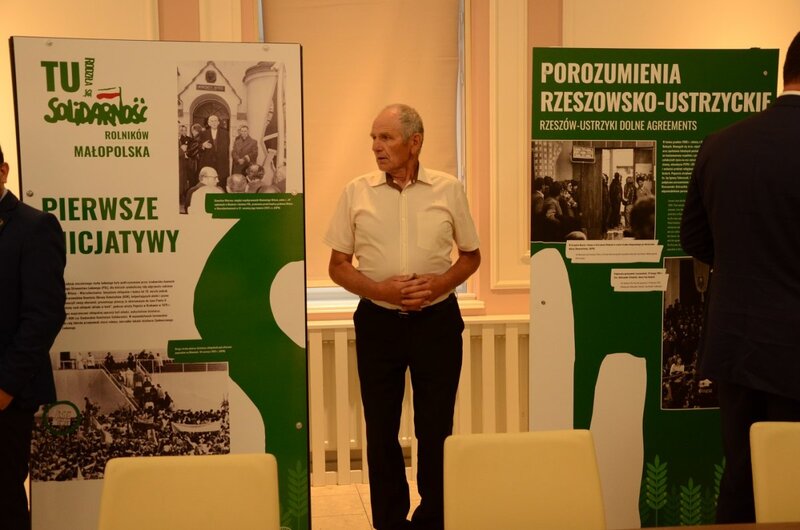 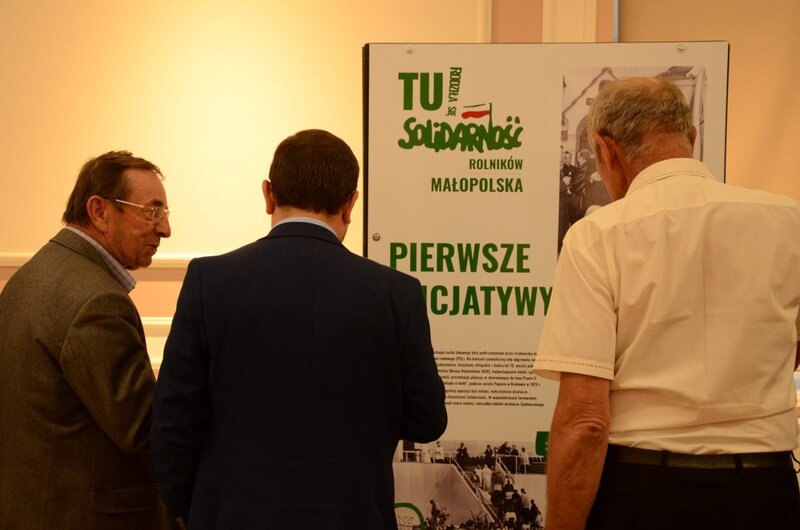 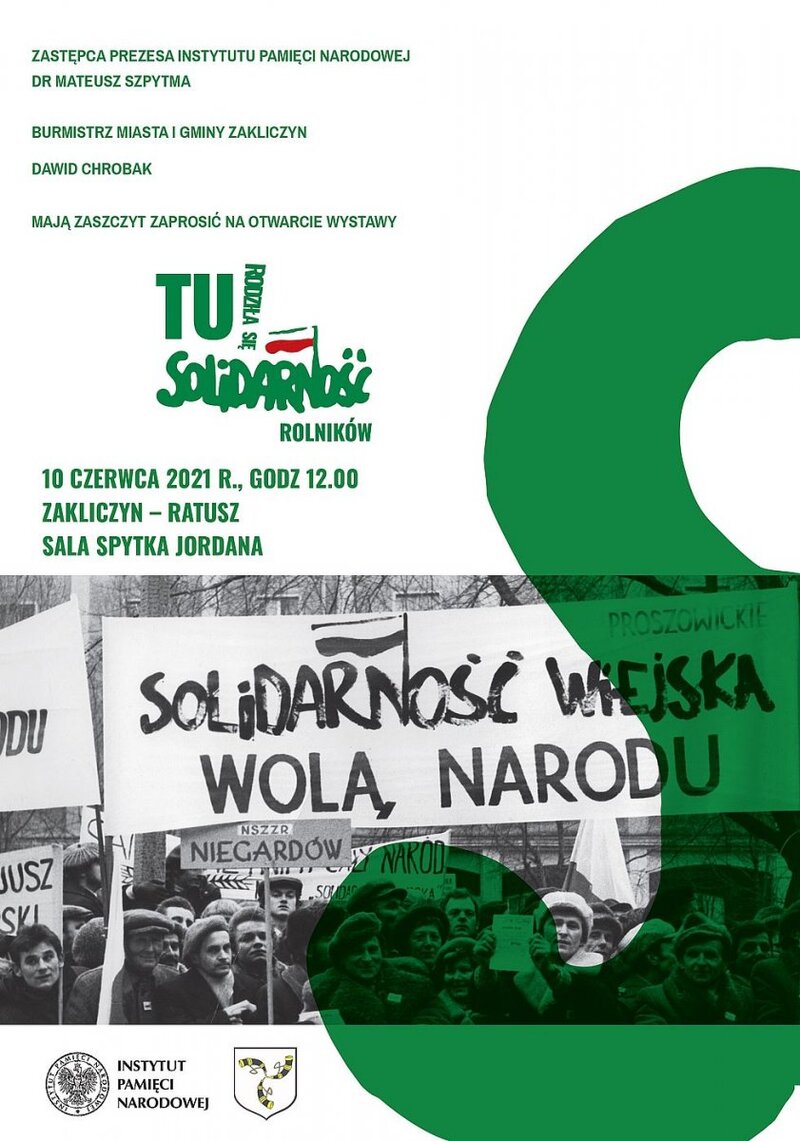 The inauguration was also attended by Director of the IPN Branch Office in Krakow Filip Musiał, Ph.D, and Mayor of Zakliczyn Town Dawid Chrobak.

It is yet another edition of "This is where 'Solidarity' was born" exhibition, which has reminded us about the emergence of "Solidarity" in around 90 localities across Poland, from the day of the 40th anniversary of the July-August 1980 strikes.

The exhibition commemorates the struggle of farmers for self-rule and social changes in the Polish countryside throughout the country, as well as in the Małopolska region. It consists of two parts: general and regional. The texts are presented in Polish and English.

The ideas of "Solidarity", born in August 1980 in Gdańsk, reached the farthest parts of the country. Independent unions were established not only by employees of industrial plants, but also by farmers. Many former activists of the Polish People's Party led by Stanisław Mikołajczyk, soldiers of the Peasants’ Battalions and the Home Army, including Hanna Chorążyna, Janusz Rożek, Józef Teliga, and Henryk Bąk, were involved in the the formation of the "Solidarity" Trade Union of Individual Farmers. Others, such as Stanisław Mierzwa, served the trade unionists with their advice.

The establishment of "Solidarity" was one of the most significant events marking the end of the 20th century. From the very beginning, the movement was supported by Polish farmers. While registering the "Solidarity" union, the communists did not agree to the registration of a similar union of farmers. Its statute was submitted to the Provincial Court in Warsaw on 24 September 1980.

The most important demands of the rural population included:

- the right to freedom of association in independent trade unions

- the communist authorities respecting the right to land ownership

- the free sale of land

On 29 December 1980, a farmers’ protest began in Ustrzyki Dolne, and on 5 January 1981, they started the occupation of the seat of the Provincial Council of Trade Unions in Rzeszów. At the turn of January and February, a dozen or so people began a hunger strike in St. Józef church in Świdnica. One of the protesters 'demands was to register an independent farmers' union. On 10 February, the communist Supreme Court rejected the registration of  farmers' "Solidarity" , but soon (18/20 February) the protests led to the signing of the Rzeszow-Ustrzyki agreements. They were the last social agreements concluded in 1980-81, after Gdańsk, Szczecin, Jastrzębie-Zdrój and Dąbrowa Górnicza. In response to the regime's constant objection to the registration of the farmers’ union, the existing independent farmers’ organizations united under the name of the Independent "Solidarity"Farmers' Trade Union in Poznań in March the same year. The union’s activities were systematically supported by "Solidarity" and the Church hierarchy. Primate Stefan Wyszyński met with the farmers’ representatives on numerous occasions, and personally intervened with the communist authorities, supporting the aspirations of the rural population.

The fight against the establishment of the farmer’s trade union resulted in the famous Bydgoszcz crisis. As a protest against the brutal actions of the regime, the largest strike in Poland took place on 27 March 1981. About 11 million people joined in, which was even more than the number of "Solidarity" members. It was this civic protest that finally enabled the registration of “Solidarity”Self-Governing Trade Union of Individual Farmers  on 12 May 1981. This success is also seen as the last social initiative of Primate Wyszyński. The Moscow communists did not hide their indignation. “Kania promised that you would not give up, that you would not register "Rural Solidarity". [...] And yet you have capitulated. You have put us in a very difficult situation," roared Mikhail Suslov, a member of the Soviet Politburo.