The launch of the IPN’s new website – the recollections of the participants and witnesses to history. Press conference, 8 June 2021 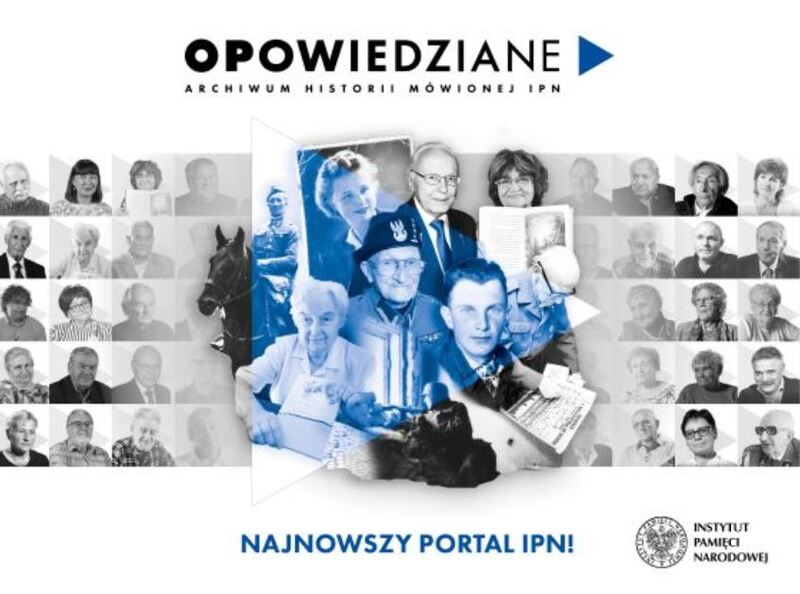 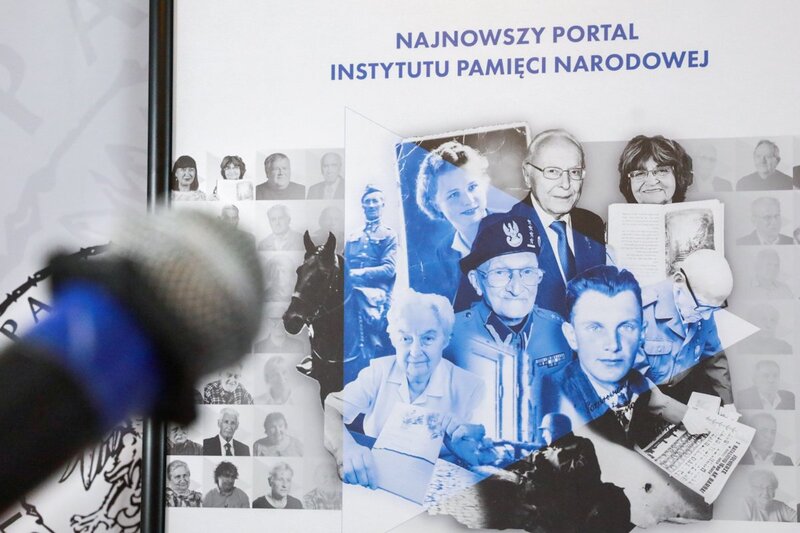 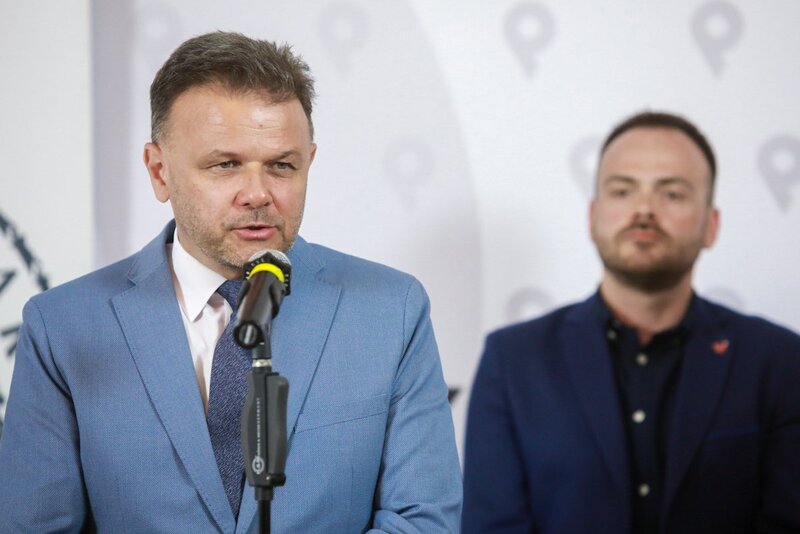 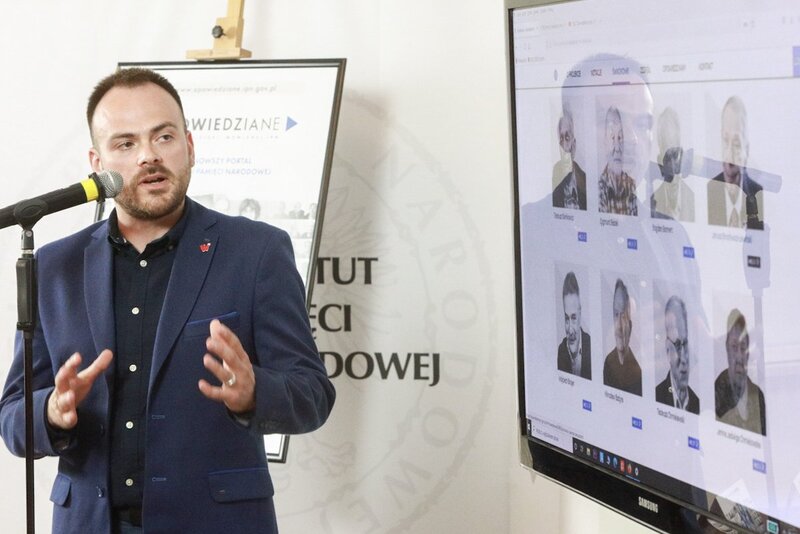 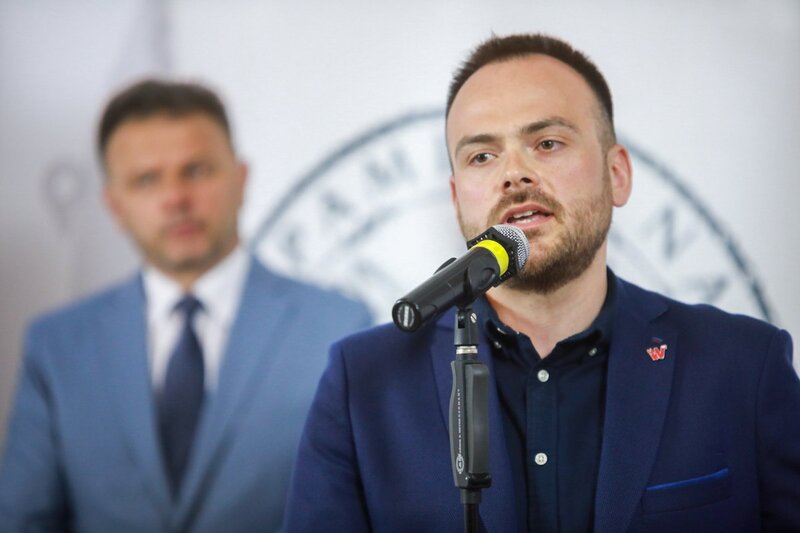 “There are so many things which I don’t remember anymore but this is something which is deeply enrooted, something which, to me, remains very vivid. I am myself stunned that I have survived so much ”- the words of the 98-year-old Bogusława Wejchert, a nurse of the Peasants' Battalions who took part in the rescue of a Jewish family, are the motto of the IPN’s new website.

“Oral history, which began to take shape at the end of the nineteenth century, and developed from the mid-twentieth century, has always been a topic of discussion – there were doubts whether it can be treated as a reliable source which historians can use in their work. From the moment when technological advancements enabled us to record witnesses, virtually no one is raising such questions,” said Adam Hlebowicz, the Director of the IPN’s National Education Office.

“In 2006, the IPN started recording witnesses and their testimonies. At the moment, the Institute of National Remembrance is in possession of approx. 2,300 such recordings. Today, we are taking part in an important event - these stories have now been made accessible to a much wider audience via the opowiedziane.ipn.gov.pl  website,”  added Adam Hlebowicz.

During the press conference, Konrad Starczewski, the Head of the Department of Oral Testimonies and Multimedia within the IPN’s National Education Office, presented the functionalities of the new portal and selected recordings. He also talked about plans to expand the website. “We would love to see external users help us in expanding this project. That is why we have added a "Tell us" tab, encouraging you send an application on your or your relatives’ behalf using a simple form. We will certainly respond to these applications,” he added.

The official launch of the website presenting testimonies of witnesses to history - Opowiedziane.ipn.gov.pl -  took place during a press conference on 8 June at 11:00 a.m. at the IPN’s Janusz Kurtyka Educational Center in Warsaw (21/25 Marszałkowska Street). The conference is also be available online.

Our viewers will be able to browse through testimonies dating back to the interwar period, through World War II, to the times when Poland regained  independence from communist enslavement.

Some of the examples of witnesses to history whose testimonies are to be presented include Mieczysław Kurek, the son of a legionnaire and soldier of the Polish-Bolshevik war murdered in 1940 by the Soviets; Chava Nissimov, a writer saved from the Holocaust as a little girl; Zofia Majewska, a witness of the Wola Massacre, prisoner of the Auschwitz and Bergen-Belsen concentration camps; Jadwiga Gawrych, drummer, daughter of a Polish forester murdered by the Germans for saving Jews; Joanna Duda-Gwiazda, a shipbuilding engineer, co-founder of the Free Trade Unions of the Coast and the Solidarity Trade Union; Andrzej Kołodziej, an organizer of the strikes in August 1980 on the coast, deputy-chairman of NSZZ "Solidarność" and "Fighting Solidarity". There will be an opportunity to hear the testimonies of witnesses to history - both well- known figures and unknown nurses, soldiers and officers, rescuers and the rescued, workers and artists, leaders of the anti-communist opposition and previously anonymous printers ...

Screening of the Opowiedziane.ipn.gov.pl promotional video

All media representatives interested in participating in the conference please send your requests for accreditation to the following address: media@ipn.gov.pl, or apply by phone: Paweł Błażewicz,  600 478 098

Oral history is defined as a research method in which accounts of witnesses to history are recorded, then archived, analyzed in terms of content, and interpreted. These unique insights into people’s lives deepen the understanding of the nation’s history and society because they demonstrate how great events affected an individual. They offer the audience a rare peek into the past, something that encyclopaedias or textbooks lack: the accounts of the witnesses capture authenticity and emotions that written texts are incapable of reflecting.

The Institute of National Remembrance has dealt with oral history for many years. In 2006,  on the initiative of the IPN’s President at that time, the late Janusz Kurtyka, a special team was established to record the accounts of witnesses to history. Almost all of the Institute branches were involved in the project – and, as a result, we have collected several thousand testimonies. These recordings were made over a dozen or so years, and, despite imperfect sound quality sometimes, they are a treasure that will be made available to the public group by group.

The Opowiedziane.ipn.gov.pl website is a tool that allows you to browse through the part of the IPN’s archival resources that could be tagged as oral history, and to look back on the past through the eyes of many people. The memories that the witnesses gave us touch on the most important chapters in Polish history, such as World War II, deportations to the East of the USSR, the Katyn Massacre, saving Jews during the Holocaust, the Volhynia massacre, the Warsaw Uprising, or the opposition in the People's Republic of Poland, to name but a few.

For many researchers of various specialties, oral history is extremely rich source of knowledge and useful tool in everyday work. It will also appeal to teachers, students, history enthusiasts, even filmmakers (on the testimonies recorded by the Institute of National Remembrance documentary films, such as "Zapora" or "Fort", were based). Our memories, if properly recorded, allow us to build an image of the past and become an extremely valuable carrier of knowledge, or a time machine taking us back in time – a journey that cannot be missed.