Day of Polish Communities and Poles Living Abroad - 2 May

On 2 May, we are celebrating the Day of Polish Communities and Poles Living Abroad. Taking this opportunity, we would like to sum up the IPN's activities devoted to Poles living outside Poland. The Institute of National Remembrance acting under Article 53 point 4 of the Act on the Institute of National Remembrance “promotes in the country and abroad the results of its work and research of other institutions, organisations and people concerning the issues being the subject of its activity. 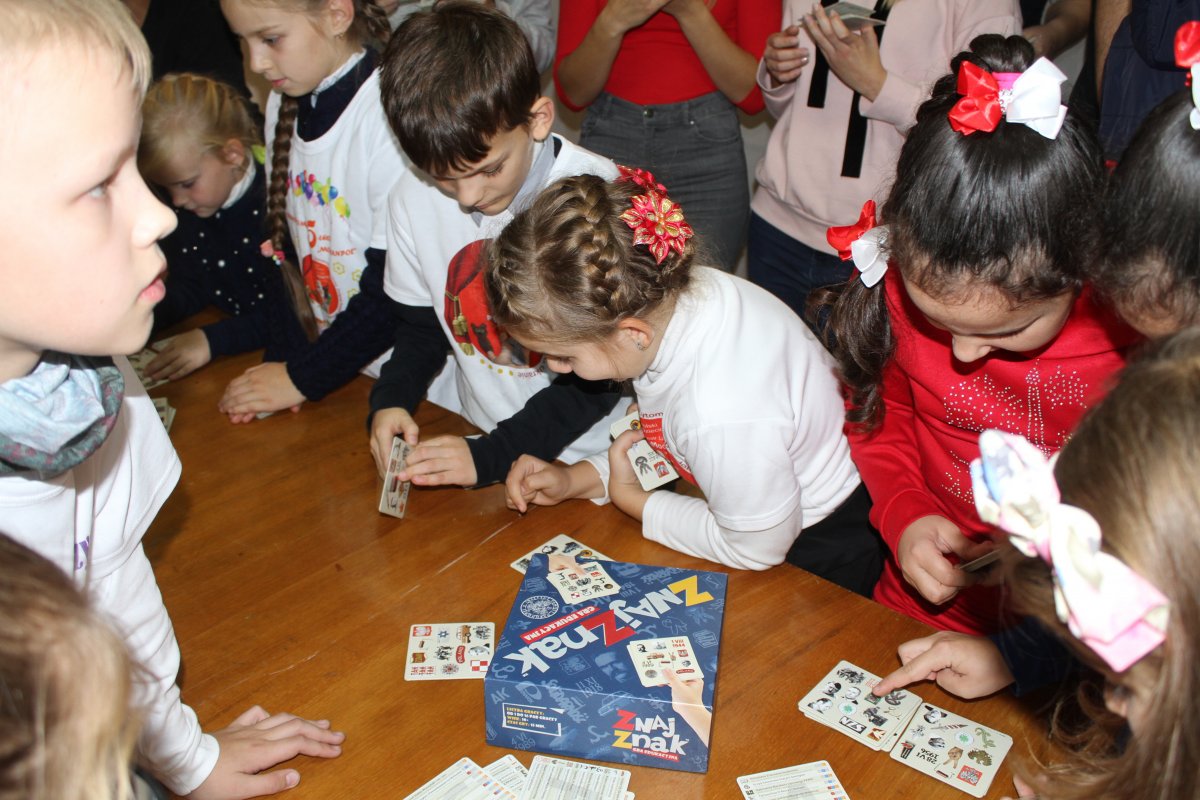 History Points of the IPN abroad

History points abroad are more than just a meeting place. These are points on the world map where Poles can meet and experience their common history, values and bond with their homeland.

At the foreign History Points, during workshops, lectures, classes and meetings, the IPN’s educators, scientists and archivists present the latest historical findings and the most important activities of the Institute of National Remembrance. Through modern teaching methods and attractive educational materials, educators conduct classes for children in Polish institutions and provide training for their teachers. The IPN’s historians present their research achievements during meetings and lectures. Thanks to contacts with the Polish diaspora and local communities, it is possible to obtain invaluable personal effects of Polish emigrants within the IPN’s "Archive Full of Remembrance" project.

Poland in the Heart of European History

"Poland in the Heart of European History" is addressed to teachers, educators and journalists from around the world. The ten-day seminar includes lectures and workshops conducted by the best Polish scholars and educators as well as numerous study visits to Polish educational and cultural institutions (IPN Archives, Warsaw Uprising Museum, Katyn Museum, the former prison at Rakowiecka Street in Warsaw, etc). The most important issues of Polish 20th-century history in a broad European perspective as well as innovative teaching methods developed by the Institute of National Remembrance are presented and discussed.

The training is an opportunity to get to know the complexities of recent Polish and European history, but also to discuss and exchange educational experience between professionals from different parts of the world. During a three-day scientific and educational tour the participants also visit museums, educational and cultural centers outside the Polish capital. The program also includes time for participants’ speeches on historical figures, places and events which connect their countries with Poland. During previous editions of the seminar the IPN hosted participants from such countries as Island, Israel, Holland, Denmark, Spain, Austria, Malta, Hungary, Canada, Scotland, Greece, Serbia, Bosnia and Croatia.

The Institute of National Remembrance is the permanent Educational Partner of the Freedom and Democracy Foundation, which organizes the Wolf’s Trail Run event around the world. It is an open-air running event and the largest memory run organized in Poland and in Polish communities around the world. It was first held in 2013. Once a local event, the run has attained international status over time. So far, it has happened in places like Vilnius, Vienna, London, Chicago, New York or Melbourne, to name but a few.

This year, as part of the cooperation, the IPN has prepared 65 thousand comic books within the “Wolf’s Trail” series, which will be included in the running packages. The IPN also undertook to ship the running packages, awards (medals) and educational materials such as leaflets, brochures, publications and games to Australia, New Zealand and Brazil. They will be distributed during the run and accompanying events. 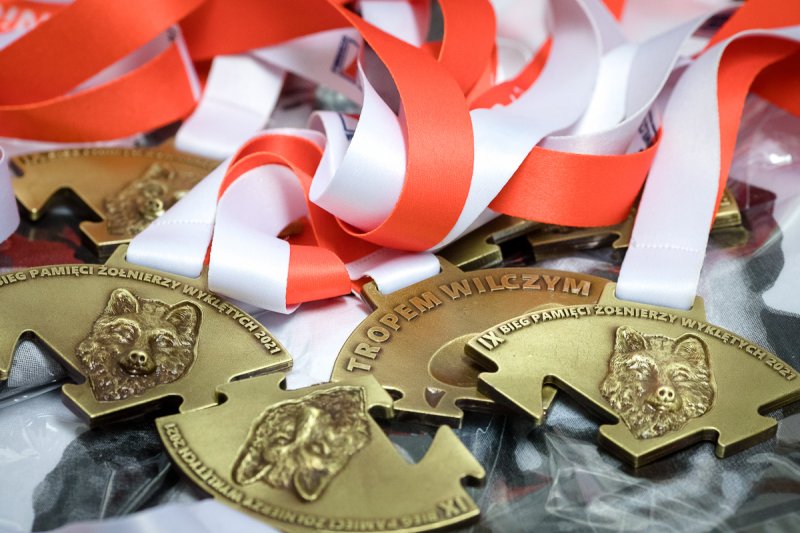 Since 2002, the Institute of National Remembrance has been awarding the Custodian of National Memory Prize, initiated by Janusz Kurtyka and his associates from the Cracow branch of the IPN. The main idea behind it was to restore respect for the nation’s past and protect the values ​which guided Poles through the tragic years of totalitarian enslavement. The Institute wants to reward people and organizations – at home and abroad –  that worked to commemorate the Polish national history, their work being in line with the statutory goals of the IPN.

The IPN established the “Semper Fidelis” Prize in 2019. It is an honorary distinction annually awarded to individuals, institutions and social organizations whose public activity coincides with the statutory objectives of the IPN, for their particularly active participation in commemorating the heritage of the Polish Eastern Borderlands both in Poland and abroad.

The winners are selected by the Prize Committee chaired by the President of the IPN. During the award ceremony, the laureates receive a commemorative statuette and a diploma. The committee also may award one post-mortem prize each year. 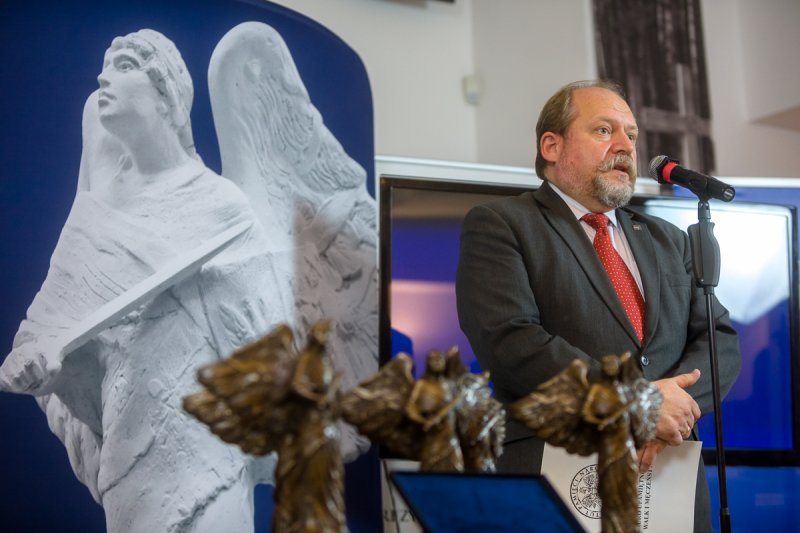 The educational value of the prize is also worth mentioning. It serves as a means of  disseminating knowledge about what Poland lost after 1945. And, undoubtedly, the loss was enormous. The change of borders after 1945 meant that part of the centuries-old heritage of the Republic of Poland was included into the territories of today's Ukraine, Belarus and Lithuania. These lands, however, are still the source of our national identity, tradition and culture. Persons devoted to restoring and preserving the memory of the history of the Borderlands deserve special recognition and gratitude on the part of not only present but also future generations of Poles.

Searching for burial places and commemoration

The 20th century marks a period during which Poland  suffered  extraordinary  losses.  Wars, crimes  of  totalitarian  regimes  and  ethnic cleansing cost the lives of over 6 million of its citizens. The remains of the victims were often hidden in unknown locations, hindering families from ensuring their loved ones a dignified burial. The murdered were to be deprived of graves and erased from memory forever.

The IPN’s Office of Search and Identification has been established in order to carry out research as to places of burial, restores identity to victims through genetic identification and honor Polish heroes. The Office’s work is popularized abroad through lectures given by the Office’s employees, as well as educational campaigns and materials which are available online. The Office’s field works have always been supported by volunteers – many of them being members of the Polish community abroad. 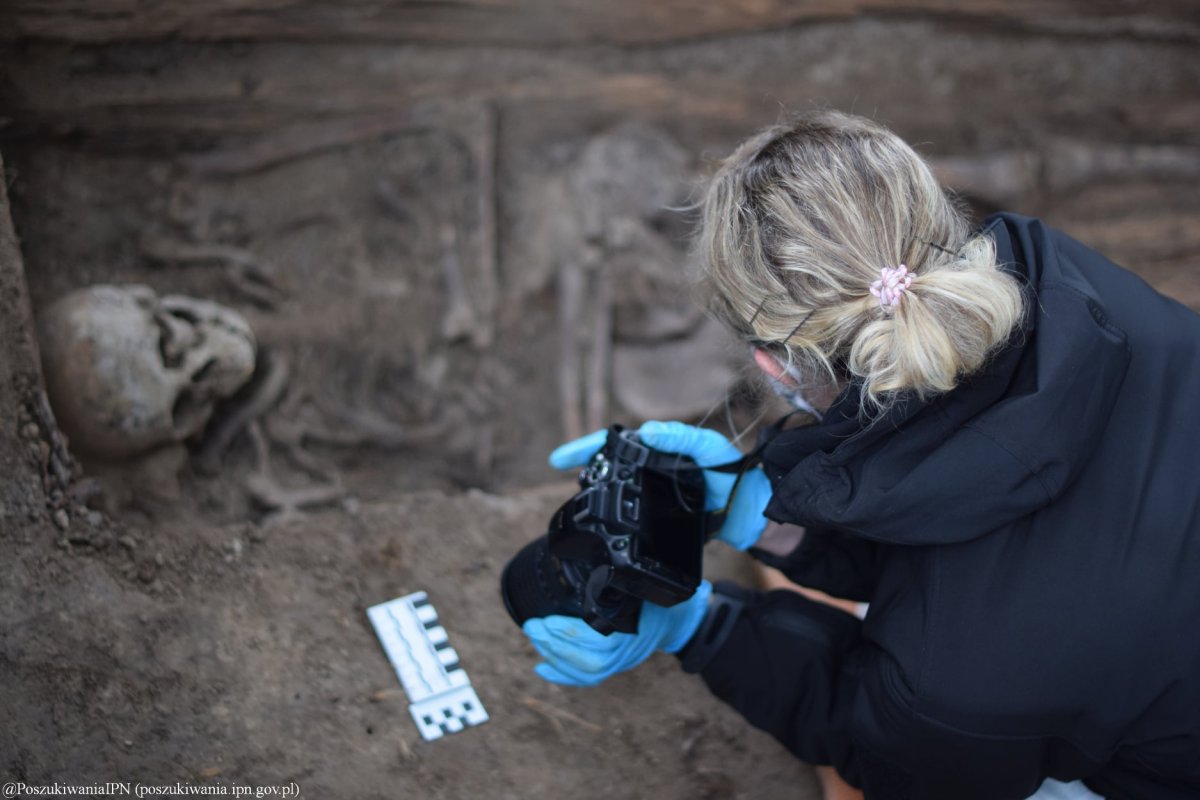 Polish organisations abroad are also active in cultivating memorial sites and burial places related to Polish history and Poles which are located outside Poland. In this way they support the work of the  IPN's Office for the Commemorating the Struggle and Martyrdom.

For over 15 years, one of the greatest concerns of the Institute of National Remembrance has been to keep alive the memory of the life of previous Polish generations in Poland and abroad. Great effort is made to save these histories from oblivion and from damage, forming part of our own history and written down in different forms, while systematically extending our archive by collecting, storing, examining, protecting and making available old documents.

Following these values, the Team of the Archive of the Institute of National Remembrance came up with a project called “An Archive Full of Remembrance”, the aim of which is to get documents of important events in the history of Poland out of households’ ‘archives’, including those illustrating formerly unknown or forgotten histories.

The Archive collects documents, photographs, mementoes and accounts, as well as any type of material (letters, memoirs, diaries, speeches, lectures, films, audio and video cassettes, forms, or documents) illustrating the history of the Polish Nation in the years 1939-1990. Once given to the archival collection of the IPN, private collections form part of the national archival collection and are protected by law. They are stored perpetually and with due diligence, having been formerly properly examined and appropriately secured. The information they contain will survive to the benefit of future generations.

Cooperation with Polish Falcons in America

One of the latest acquisitions of the IPN’s Archive has been the collection donated by Polish Falcons in America. These are not only valuable documents and yearbooks of “Dziennik Związkowy”, the oldest Polish newspaper in the USA,  but also, for example, the uniforms of volunteers - representatives of the Polish community in the USA, who fought in great numbers for a free Poland during the First World War and in the following years. On the basis of the collection, an exhibition is planned to present this little-known fragment of the history of Poland and Poles to a wider audience.

Reaction to defamation in public space

One of the statutory tasks of the IPN is counteracting historical distortions and defamation concerning the Polish Nation and appearing in public space. In this task the IPN is supported a great deal by both individuals and organisations linked to the Polish communities abroad. The IPN’s team is regularly receives letters notifying us of instances of such distortions from individual persons and Polish community institutions concerned about the good name of Poland and the Polish Nation abroad. The Polish community also supports the international activities on the part of the IPN by popularizing educational materials and media campaigns via their local network.

The above, of course, does not exhaust the scope of the IPN’s cooperation with Poles living abroad. The list could go on, new projects being launched and contacts being established on a regular basis.