After two months in Opatów, the legacy of Samuel Willenberg, an outstanding artist from Israel, found its place round the only glass bimah in the world at the "Świętokrzyski Sztetl" Museum and Educational Centre (the former synagogue in Chmielnik). 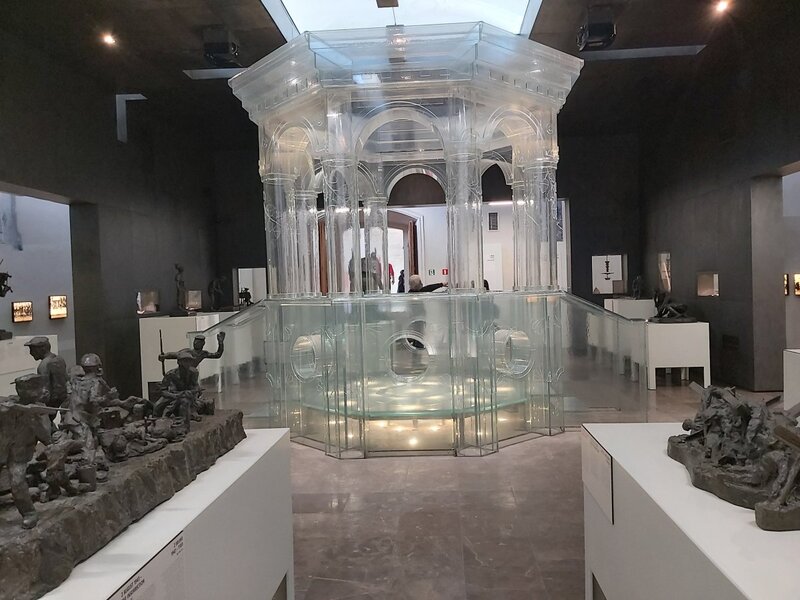 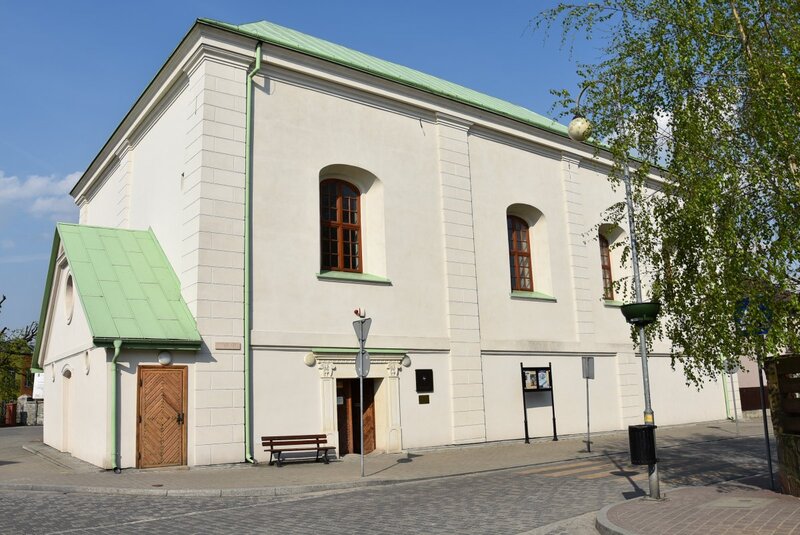 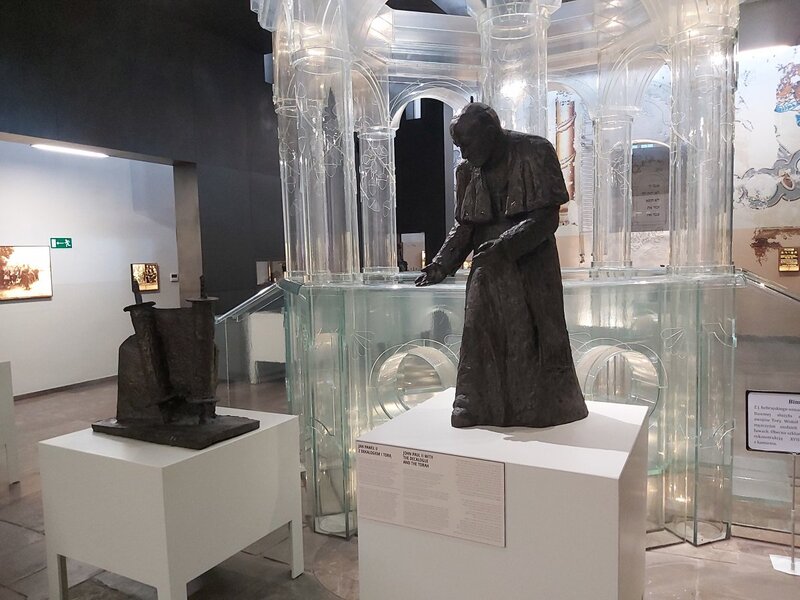 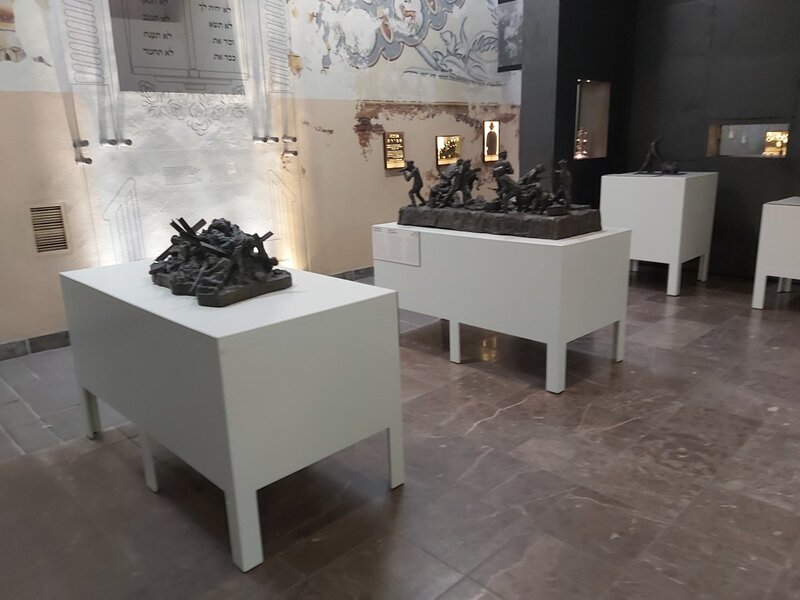 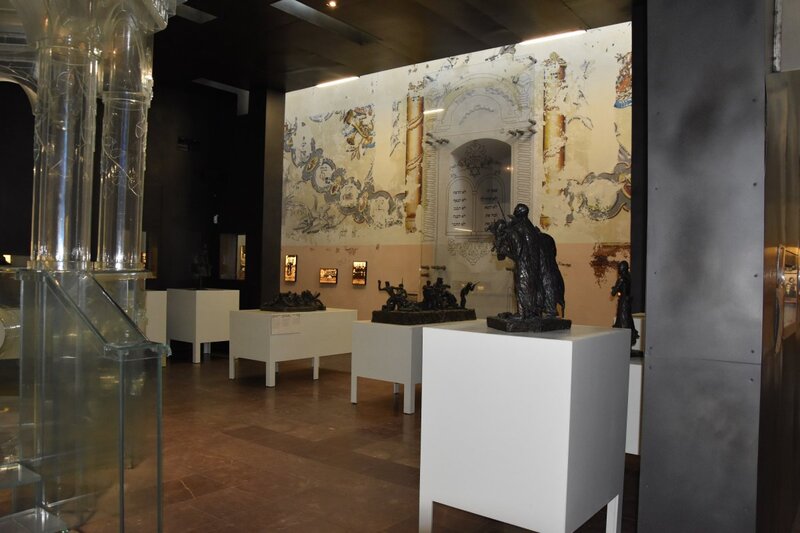 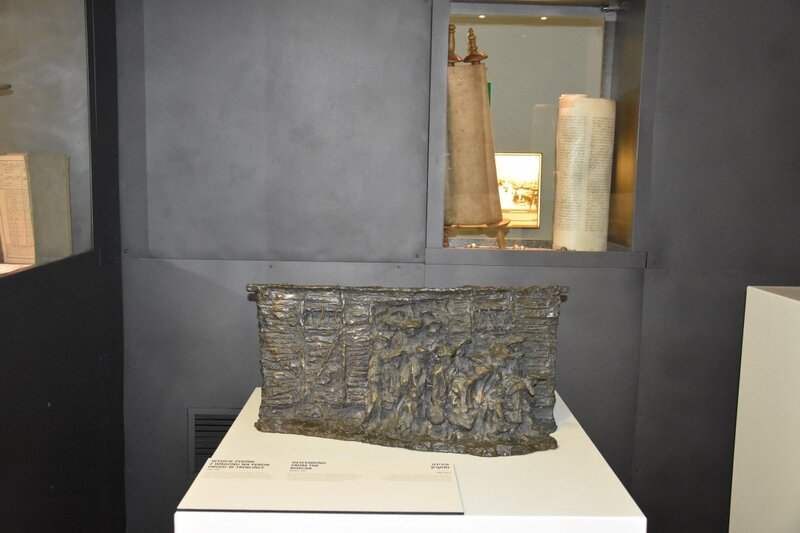 The exposition of Willenberg’s poignant sculptures will be officially inaugurated on Sunday, 9 May. The rebuilt and restored synagogue illustrates several hundred years of Jewish history in Chmielnik, as well as life in a typical pre-war shtetl. The exhibition of Willenberg’s works will be on display in this unique location until the end of June. 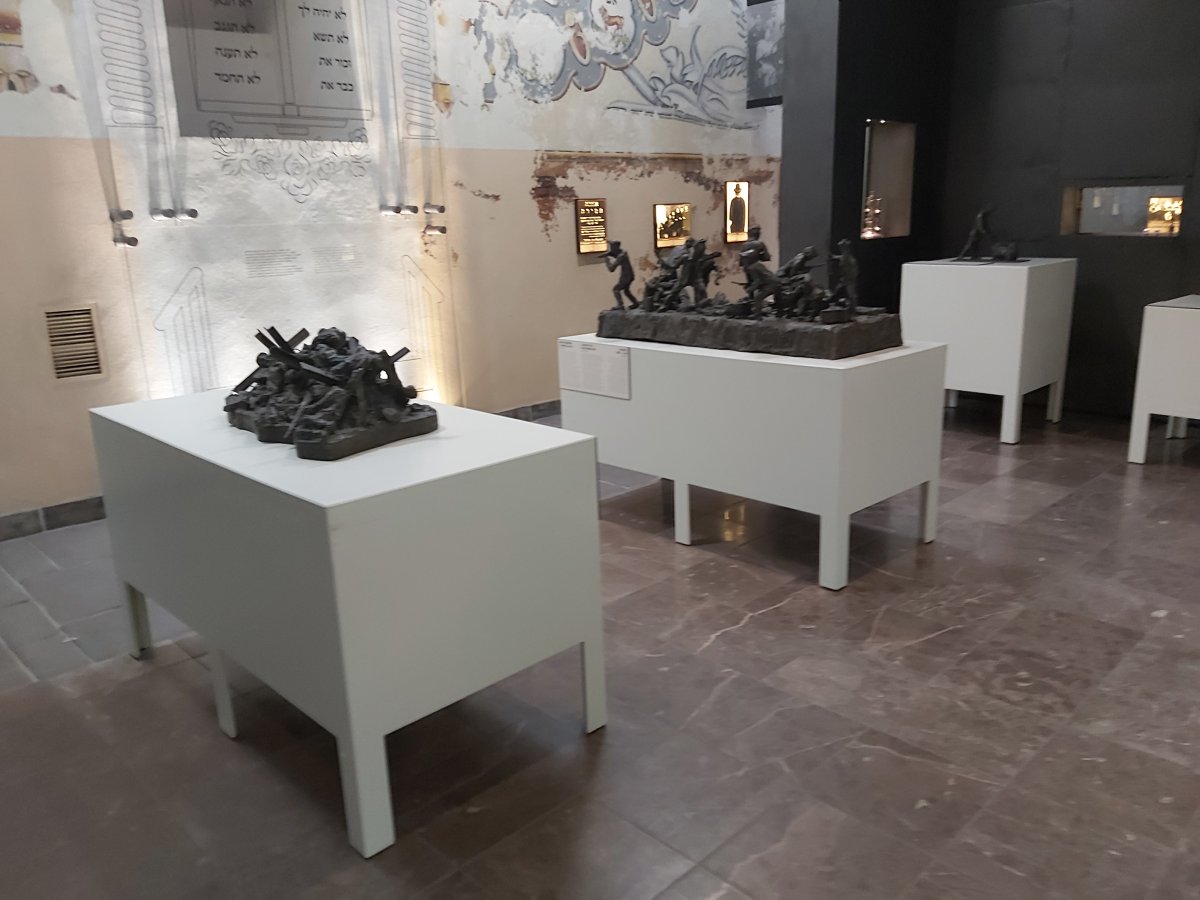 The sculptures are in a symbolic place. Just before the outbreak of the Second World War, Jews comprised about 80% of the population of Chmielnik. Soon, however, their number doubled from around 6,000 to almost 12,000 due to the influx of refugees. During the German occupation, about 11,500 of them were killed and displaced by the Germans, while only about 500 survived the Holocaust. 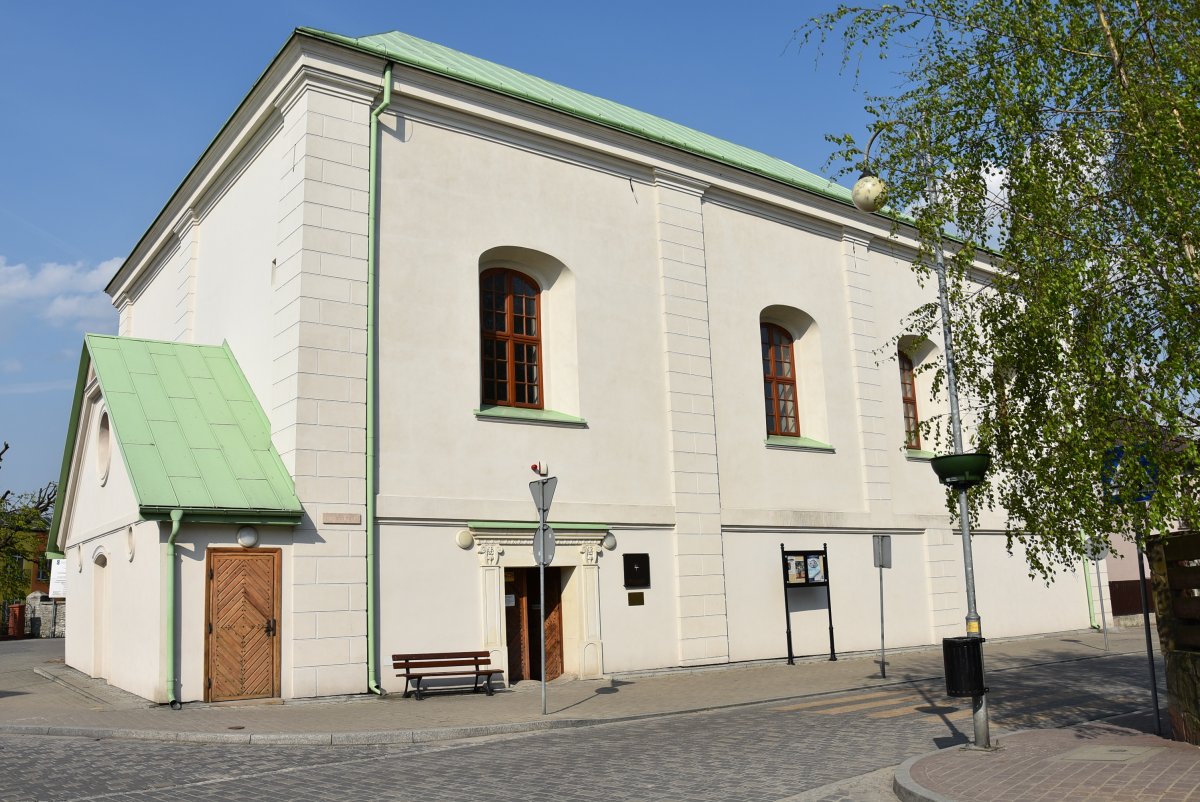 The sculptures of Samuel Willenberg, a former prisoner and participant of the revolt which broke out in the German extermination camp of Treblinka on 2 August 1943, depict everyday life in that place and the heroic uprising of prisoners who decided to die with guns in their hands and thus defend their dignity. Willenberg survived as one of the few, escaped from the camp, but due to his Jewish origin he had to hide. He then took part in the Warsaw Uprising, and after the war he proved to be a tireless educator of young people from Poland and Israel. Despite the traumatic war experiences in German-occupied Poland, he often returned to his native country until the end of his life in 2016. Since he left for Israel in 1950, Samuel and his wife Krystyna travelled to Poland – either alone or as guides for Israeli youth. They became spokesmen of good Polish-Jewish relations, not hiding tragic but also beautiful events connecting these two groups of Polish citizens during WW2.

The exhibition together with the educational project based on Willenberg's works were initiated thanks to the kindness and dedication of Ada Krystyna Willenberg, the widow of the artist. She continues her husband's work in the name of preserving remembrance of the Holocaust, especially among the younger generations. The exhibition was launched by the Institute of National Remembrance as part of the celebration of the International Holocaust Remembrance Day. Its vernissage took place on 27 January 2020 at the Educational Center of the Institute of National Remembrance in Warsaw, the day after the 75th anniversary of the liberation of the Auschwitz-Birkenau German concentration camp , a place symbolizing the enormity of the atrocities committed by the German Third Reich.

On the basis of the exhibition together with educational boards in Polish, English and Hebrew, the Institute of National Remembrance prepared a wider educational project, accompanied by the screening of "Treblinka’s Last Witness" film (in English and Polish) and workshops for young people.

The exhibition toured a number of Polish cities such as Warsaw, Lublin and Krakow. The sculptures were also presented at the Museum of the Second World War in Gdańsk, and the Częstochowa Museum. For those who could not see it in person, the Institute of National Remembrance prepared a virtual tour of the exhibition in Polish and English. It is available here:

In addition to the historic synagogue in Chmielnik, the old and new Jewish cemeteries should be mentioned among the places that deserve attention. The area of the former includes the House of Shadow, a monument commemorating the victims of the Holocaust. Moreover, one can visit the remains of a mikvah (ritual Jewish bathhouse) and a complex of former ritual slaughterhouses and ‘Dom Rzezaka’ (shochet's house), preserved to this day. 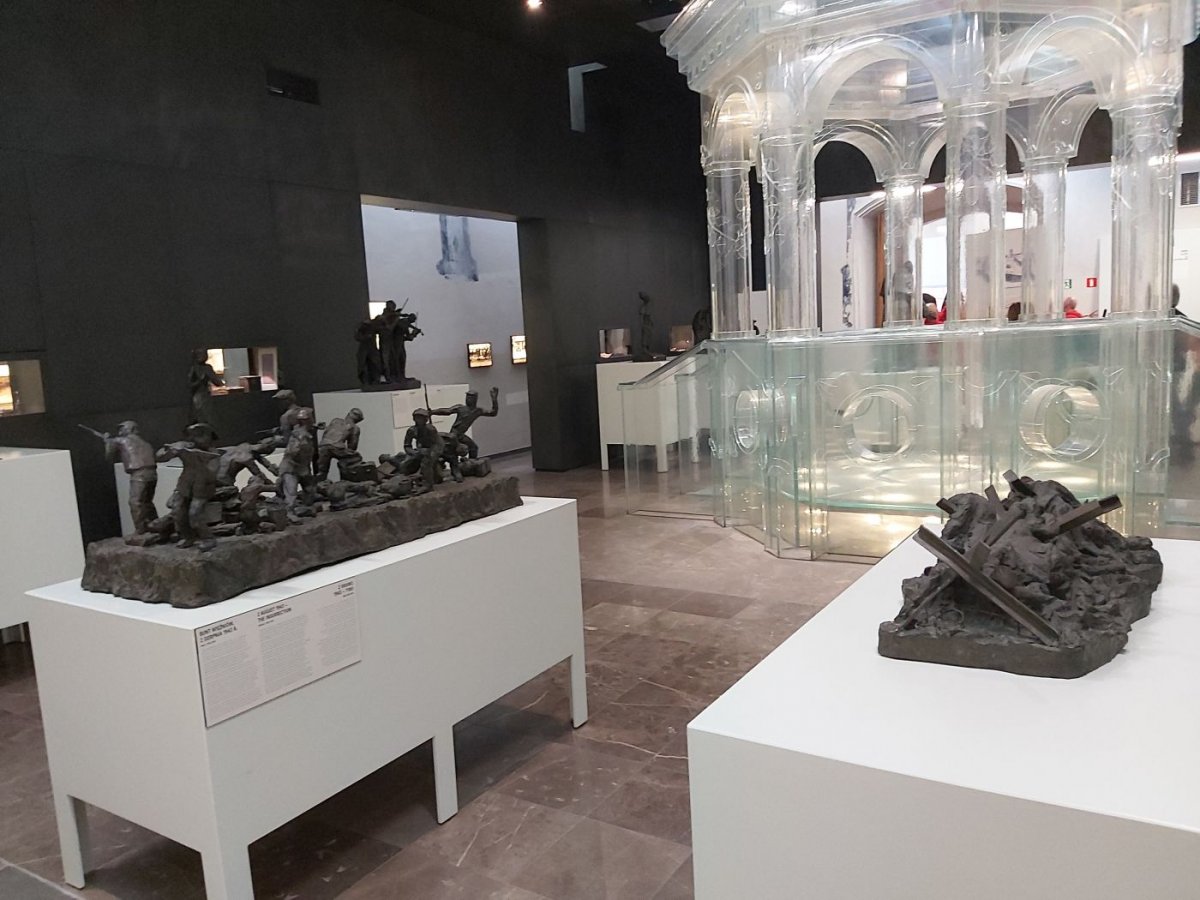 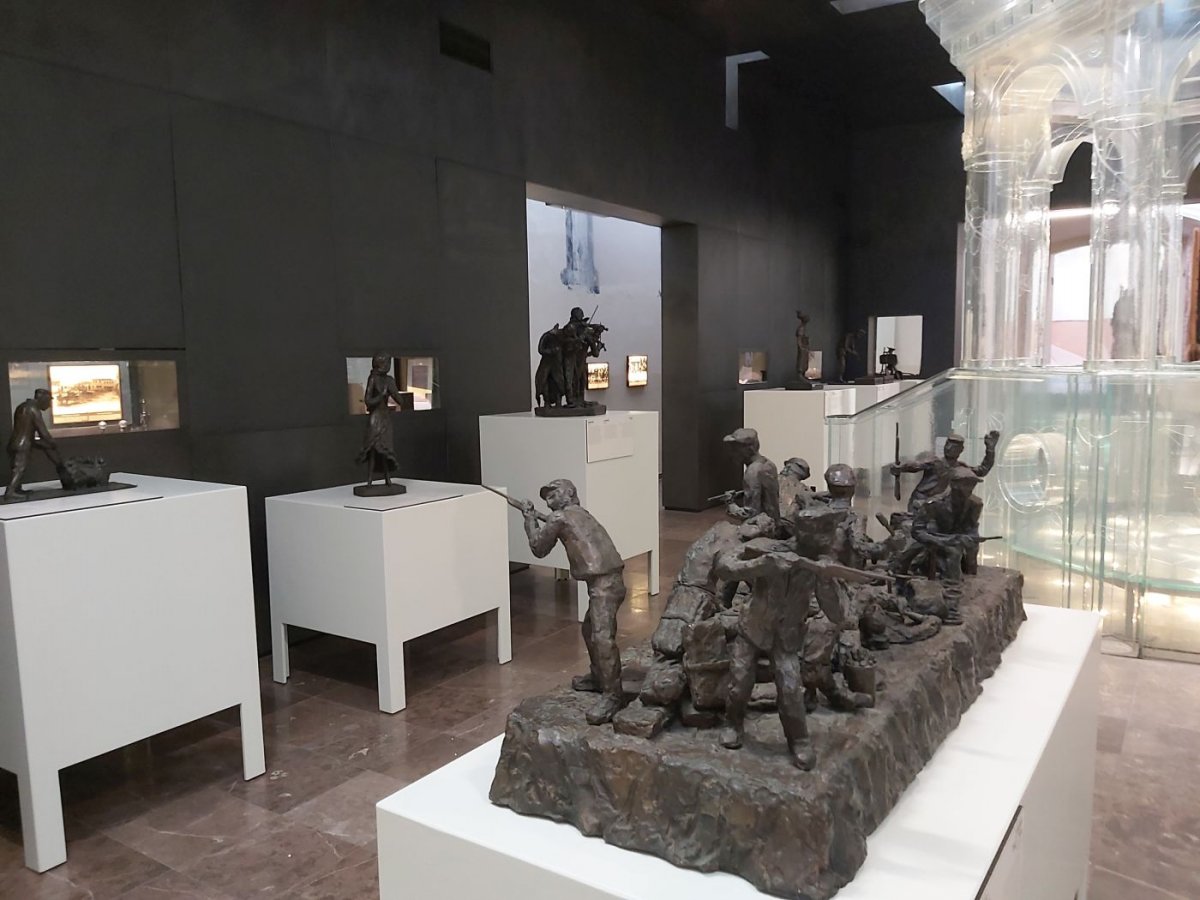 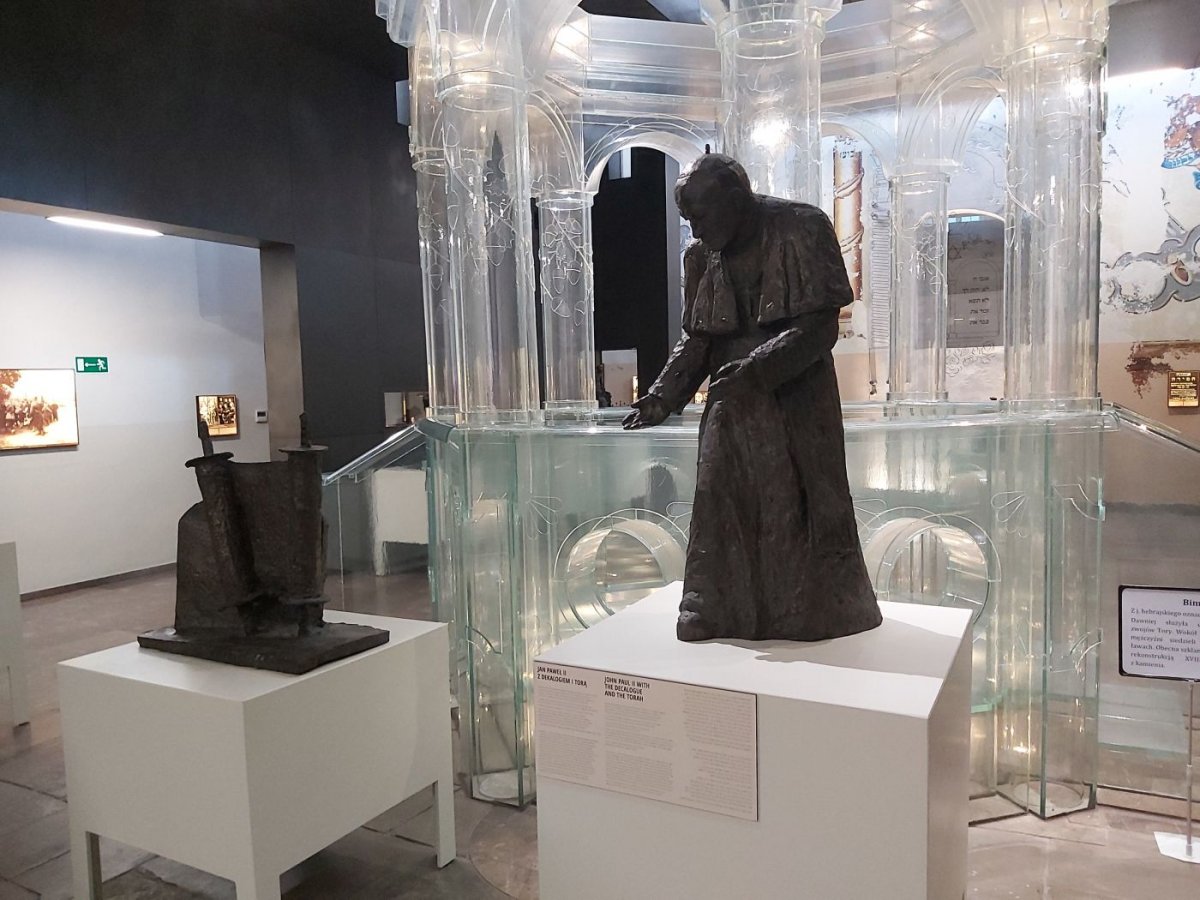