The IPN’s exhibition “This is where farmers' ’Solidarity’ was born” 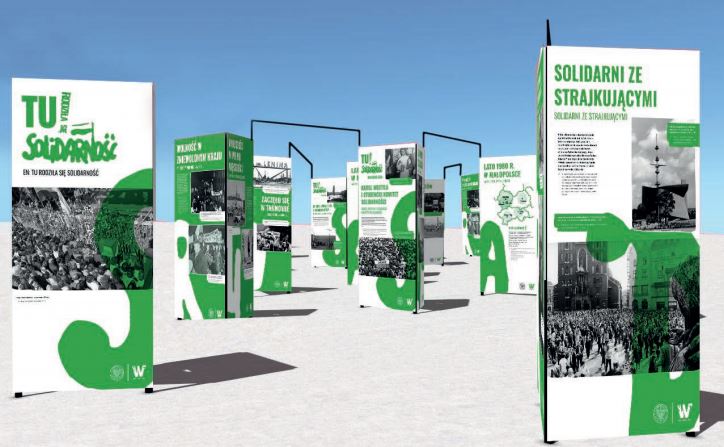 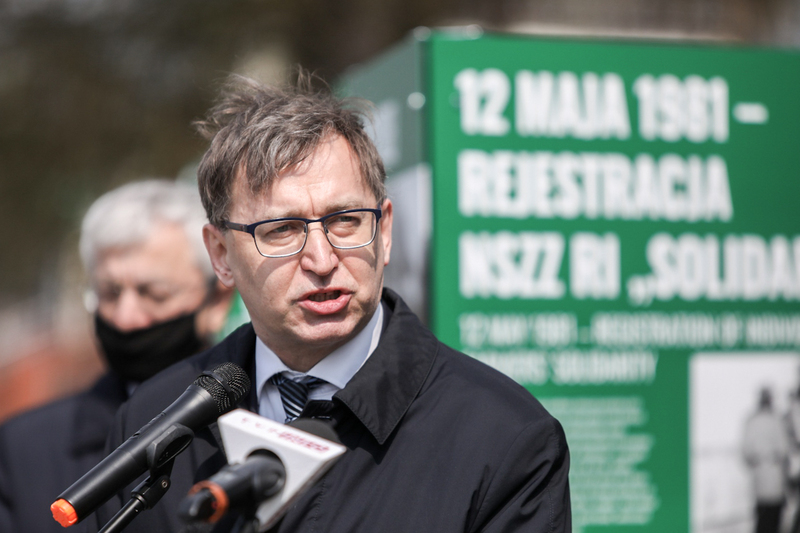 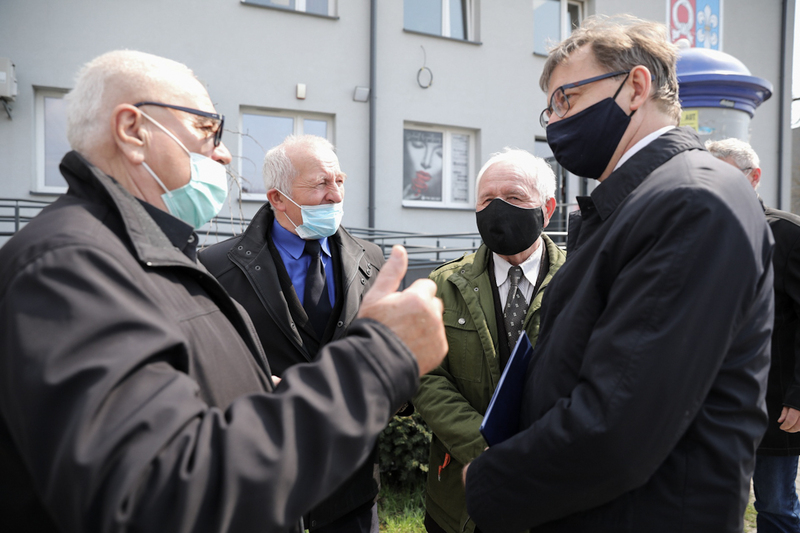 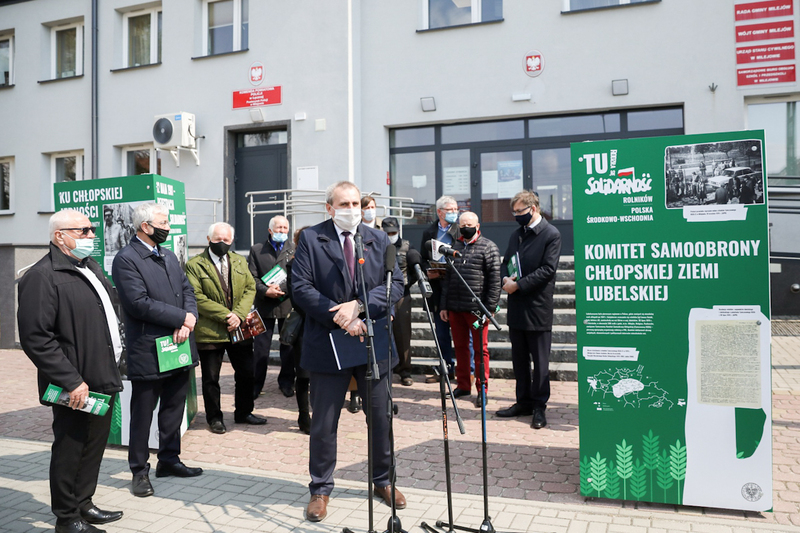 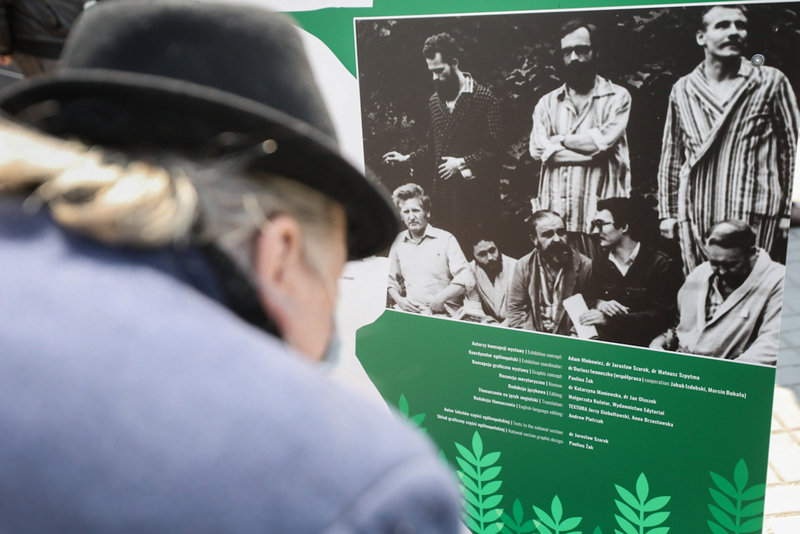 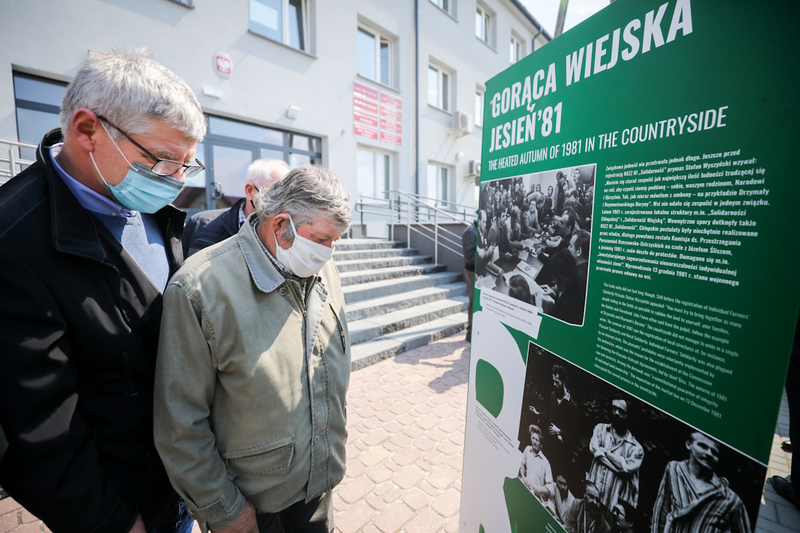 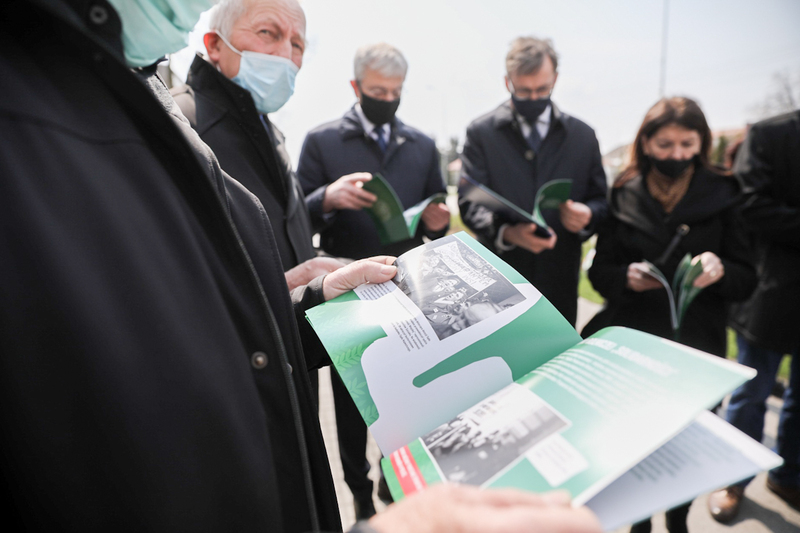 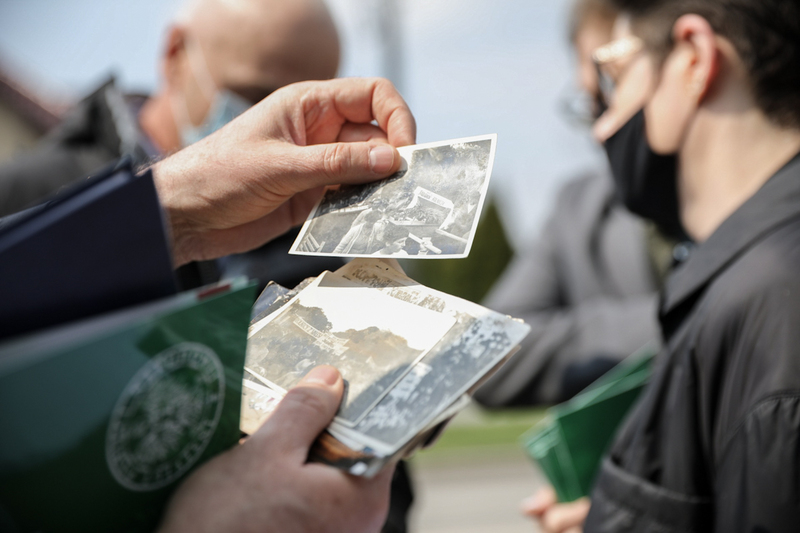 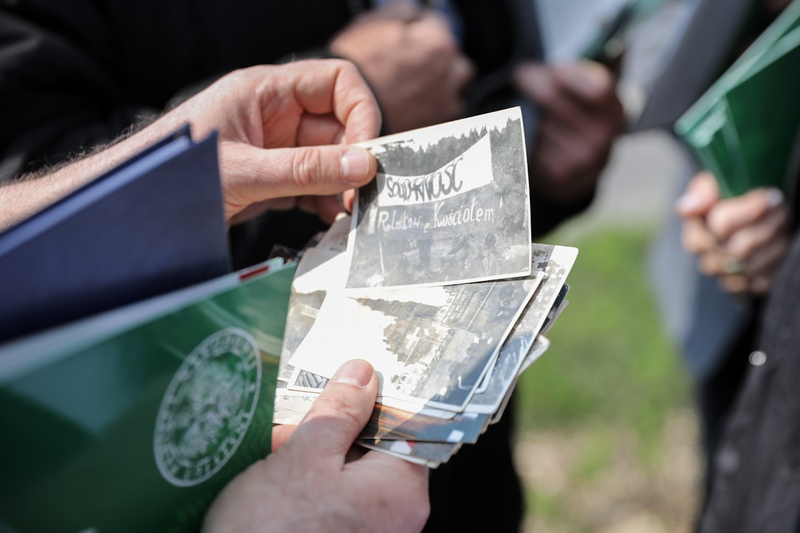 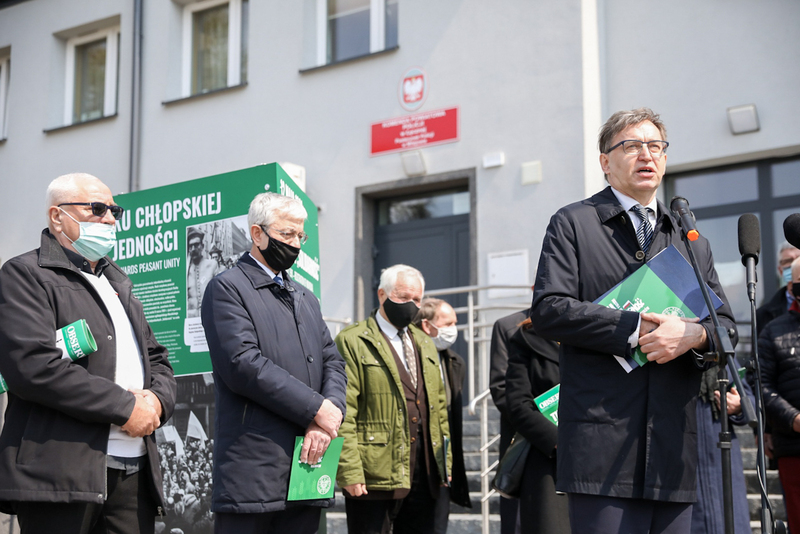 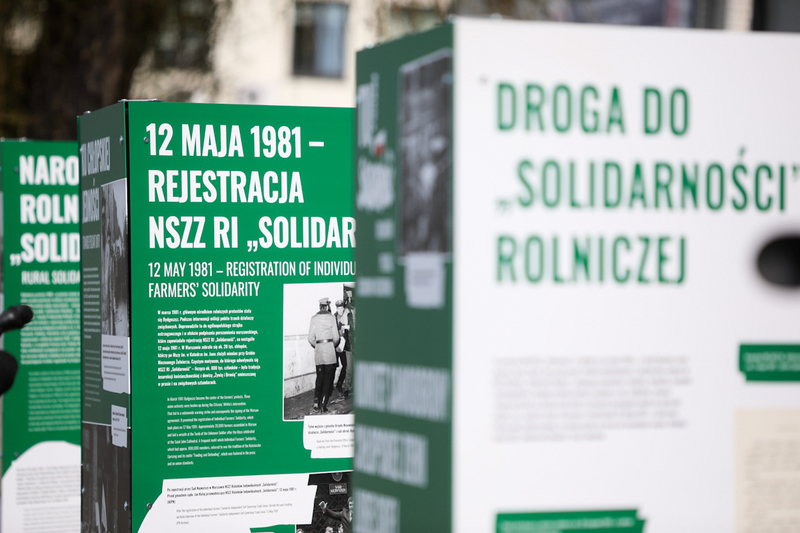 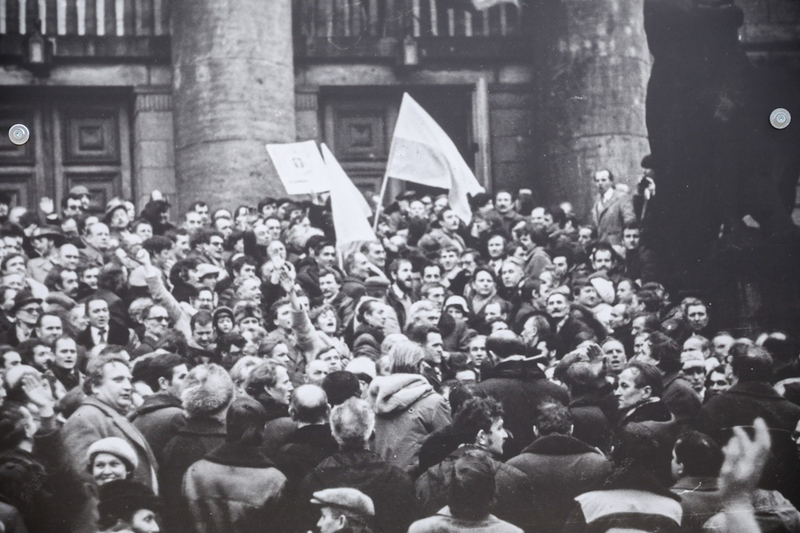 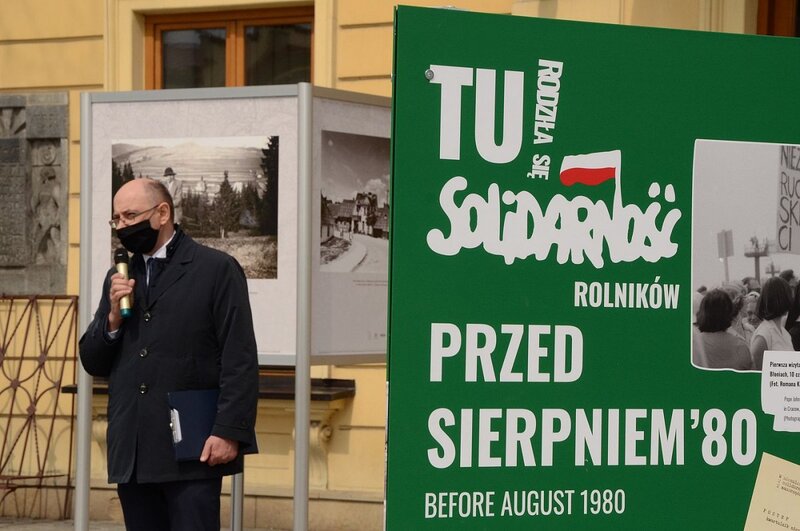 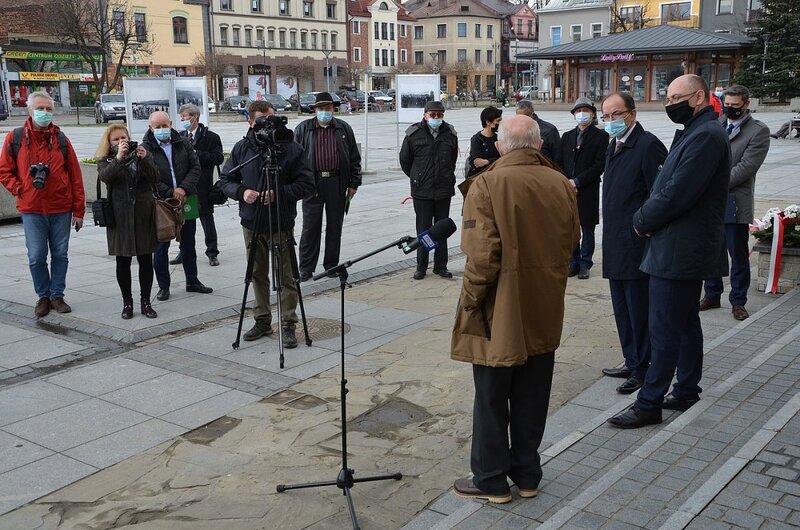 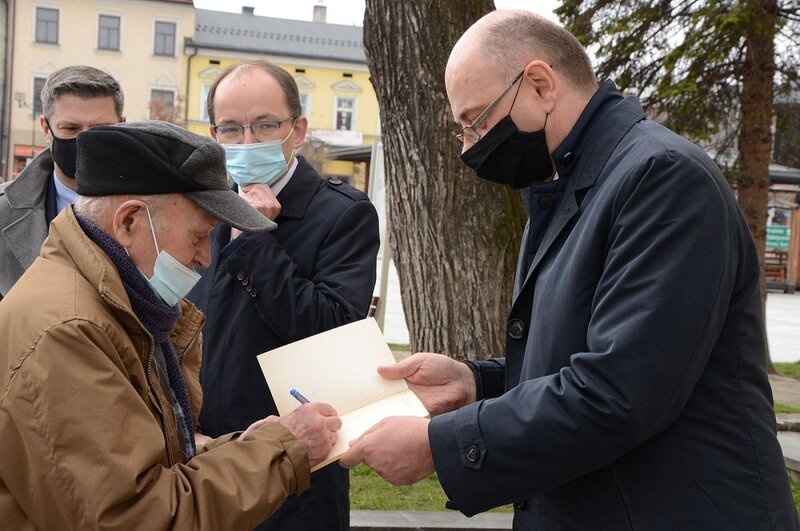 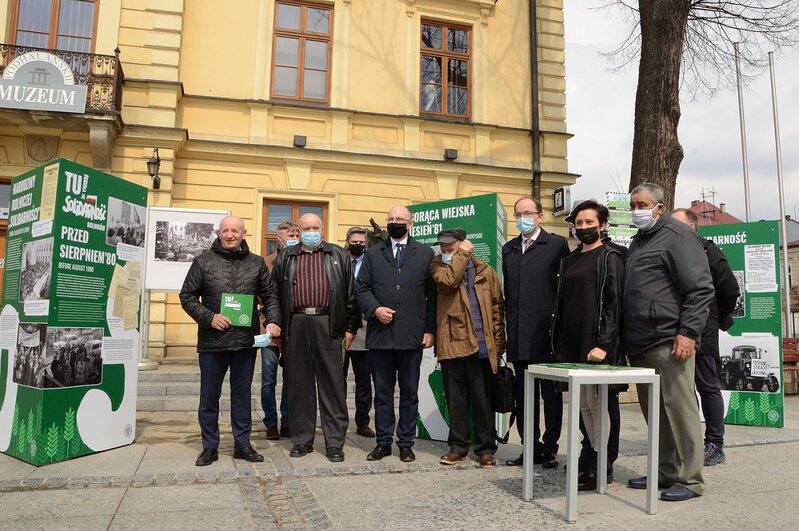 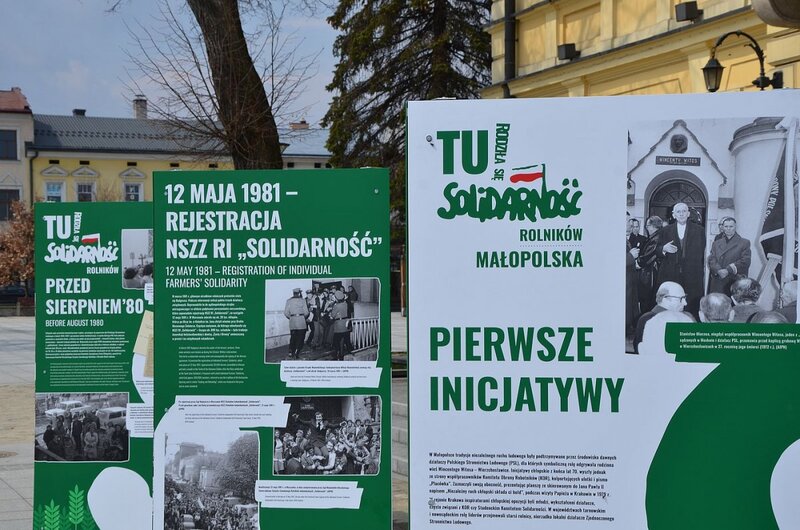 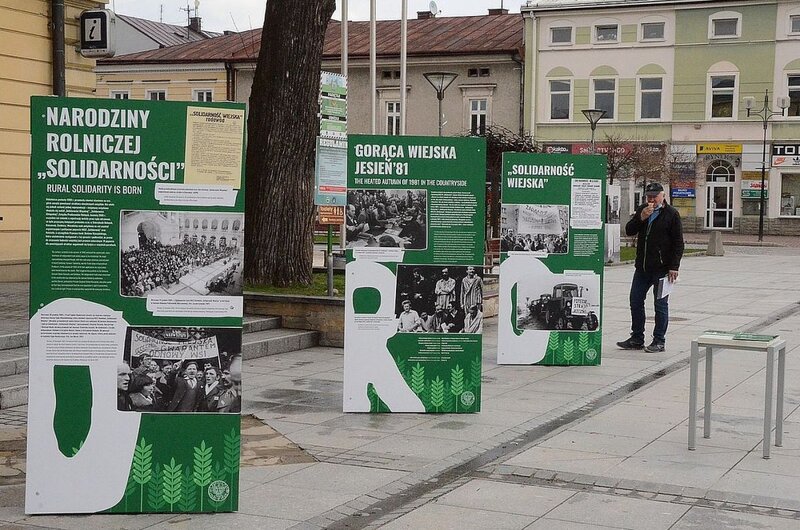 On 21 April  2021, at noon, the Institute of National Remembrance opened regional exhibitions in 17 towns all over Poland, showing the formation of the "Solidarity" Trade Union of Individual Farmers. This is yet another edition of "This is where 'Solidarity' was born" exhibition, which has reminded us about the emergence of "Solidarity" in around 90 localities across Poland, from the day of the 40th anniversary of the July-August 1980 strikes.
The exhibition in Milejów in the Lublin region was opened by the President of the Institute of National Remembrance, Jarosław Szarek, Ph. D. The one in NowyTarg – by the Deputy President of the IPN, Mateusz Szpytma, Ph.D.
In Milejów, Jarosław Szarek said,

The exhibition tells an important and outstanding story: it is the story of the road that took Polish rural communities to free Poland. Thanks to the resistance of Polish peasants, the collectivization failed, and 80 percent of land remained in the hands of individual farmers. In the Polish countryside, the foundation of the communist system was undermined, because ownership translates into freedom: how much you own is how much you’re free to do. The communist regime never came to terms with individual ownership of land.

The exhibitions consist of one general and regional parts. They will be presented in various regions of Poland until 9 May 2021. Starting from 12 May, all these exhibitions will be on display at Marshal Piłsudski Square in Warsaw. In this way, we want to commemorate the 40th anniversary of the registration of the"Solidarity" Independent Self-Governing Trade Union of Individual Farmers when about 20 thousand farmers gathered in Warsaw. After the Mass in the Cathedral of St. John they laid a wreath at the Tomb of the Unknown Soldier.

The establishment of "Solidarity" was one of the most significant events marking the end of the 20th century. From the very beginning, the movement was supported by Polish farmers. While registering the "Solidarity" union, the communists did not agree to the registration of a similar union of farmers. Its statute was submitted to the Provincial Court in Warsaw on 24 September 1980.
The most important demands of the rural population included:
- the right to freedom of association in independent trade unions
- the communist authorities respecting the right to land ownership
- the free sale of land
- granting  individual farmers the rights so far possessed by state-owned collective farms (PGRs)
- the unification of social rights in the countryside and in the city
- reform of rural education
- respect for religious freedom
On 29 December 1980, a farmers’ protest began in Ustrzyki Dolne, and on 5 January 1981, they started the occupation of the seat of the Provincial Council of Trade Unions in Rzeszów. At the turn of January and February, a dozen or so people began a hunger strike in St. Józefchurch in Świdnica. One of the protesters 'demands was to register an independent farmers' union. On 10 February, the communist Supreme Court rejected the registration of Solidarity of Farmers, but soon (18/20 February) the protests led to the signing of the Rzeszow-Ustrzyki agreements. They were the last social agreements concluded in 1980-81, after Gdańsk, Szczecin, Jastrzębie-Zdrój and Dąbrowa Górnicza. In response to the regime's constant objection to the registration of the farmers’ union, the existing independent farmers’ organizations united under the name of the Independent "Solidarity"Farmers' Trade Union in Poznań in March the same year. The union’s activities were systematically supported by "Solidarity" and the church hierarchy. Primate Stefan Wyszyński met with the farmers’ representatives on numerous occasions, and personally intervened with the communist authorities, supporting the aspirations of the rural population.
The fight against the establishment of the farmer’s trade union resulted in the famous Bydgoszcz crisis. As a protest against the brutal actions of the regime, the largest strike in Poland took place on 27 March 1981. About 11 million people joined in, which was even more than the number of "Solidarity" members. It was this civic protest that finally enabled the registration of “Solidarity”Self-Governing Trade Union of Individual Farmers  on 12 May 1981. This success is also seen as the last social initiative of Primate Wyszyński. The Moscow communists did not hide their indignation. “Kania promised that you would not give up, that you would not register "Rural Solidarity". [...] And yet you have capitulated. You have put us in a very difficult situation," roared Mikhail Suslov, a member of the Soviet Politburo.
In 1980, Polish "Solidarity" gave rise to the collapse of the Soviet empire and satellite communist states on four continents. The world shaped by the Cold War after 1945 was rebuilt. The effect was the liberation of many countries, such as Lithuania, Latvia and Estonia to Georgia, from the Soviet influence  or occupation. Thanks to the breakthrough initiated by “Solidarity”, it was also possible to unite Germany. Polish "Solidarity" symbolizes the  triumph of peaceful spiritual strength over the materialistic communist empire of evil.
More information on "Solidarity"