The event is attended by Jarosław Szarek Ph.D., the President of the Institute of National Remembrance and Piotr Duda, the Chairman of "Solidarity". This is yet another in a series of 53 "Solidarity"exhibition openings in numerous towns throughout Poland. 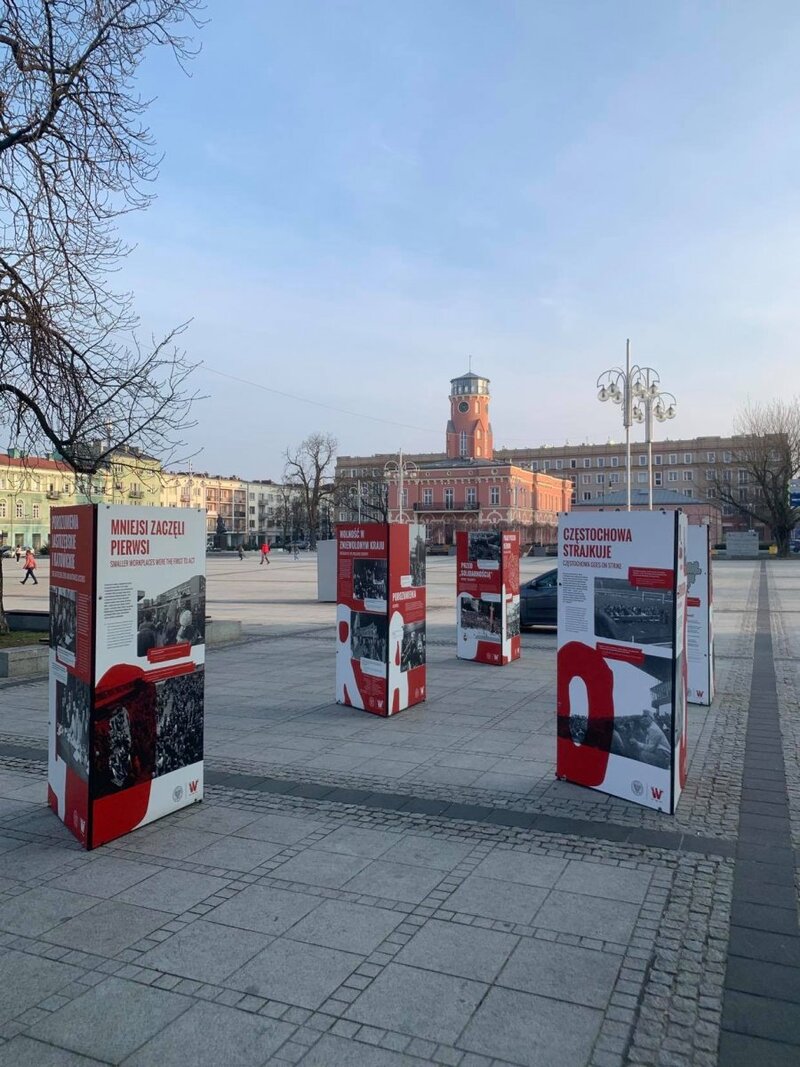 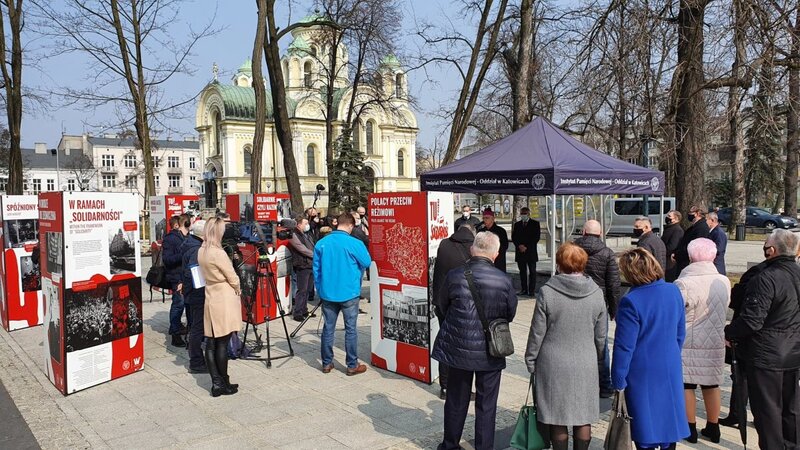 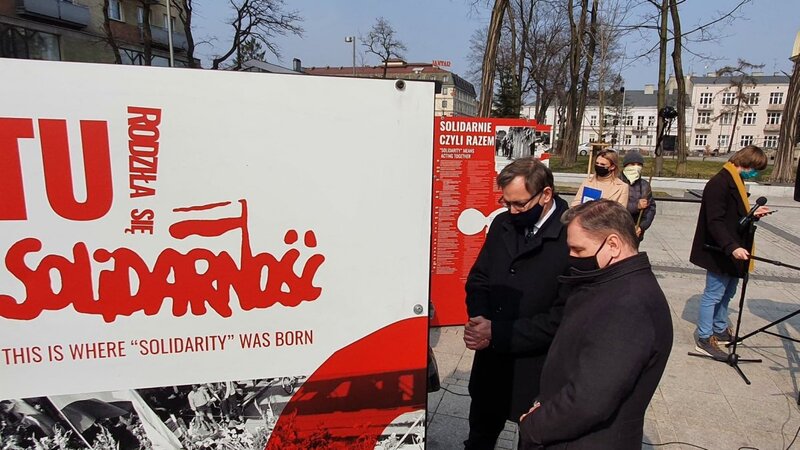 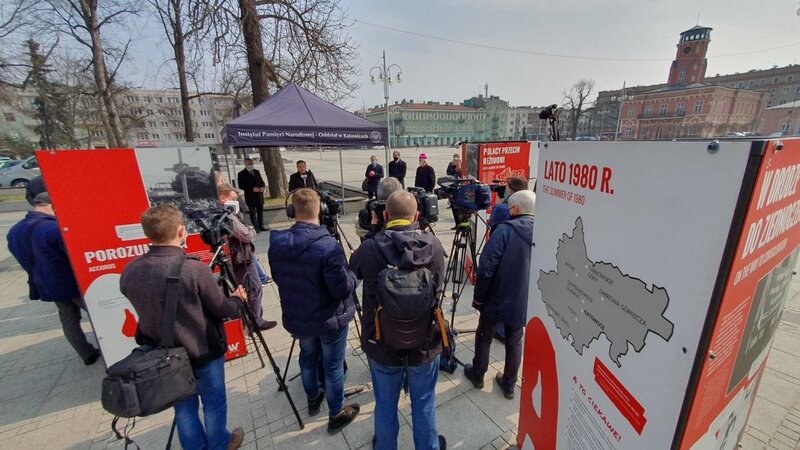 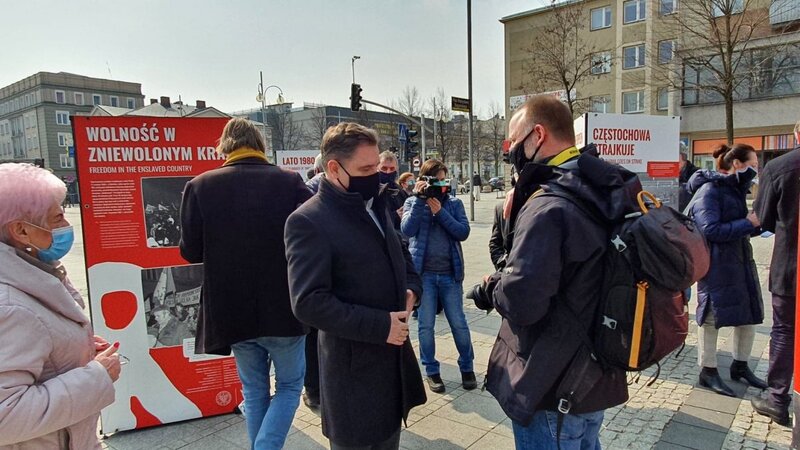 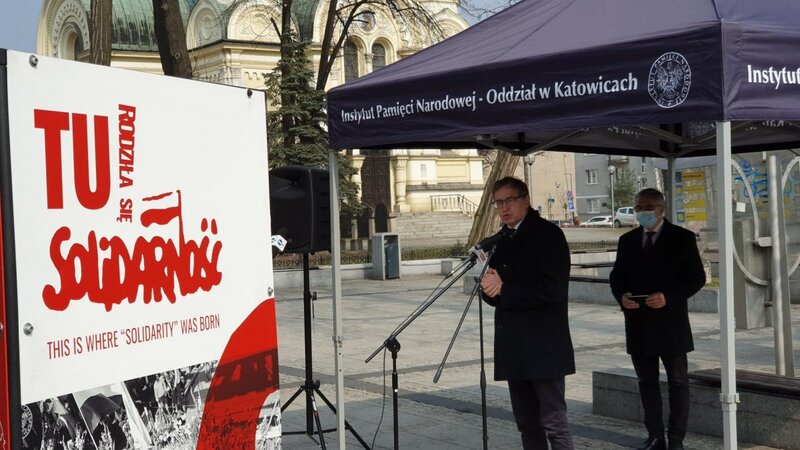 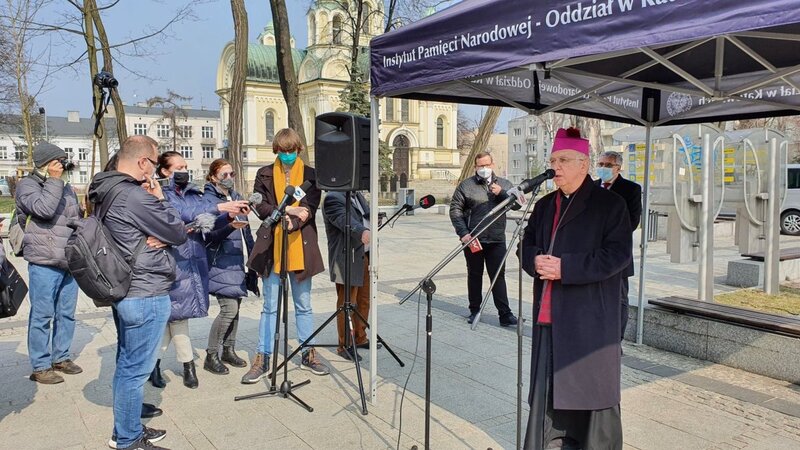 As part of the official opening of the "This is Where ‘Solidarity’ was Born" exhibition, a briefing with the participation of: Jarosław Szarek Ph.D., the President of the Institute of National Remembrance, Piotr Duda, the Chairman of "Solidarity", Andrzej Sznajder Ph.D., the Director of the Katowice Branch of the IPN, and Adrian Rams, the author of the exhibition – is taking place on Friday, 26 March 2021 on Władysław Biegański Square in Częstochowa.

This is one of 16 exhibitions in this series, to be opened that day by the IPN’s Branches throughout Poland. The event is taking place on the eve of the 40th anniversary of the 4-hour warning strike of 27 March 1981, in which several million workers took part. It was at this time of the so-called "Bydgoszcz crisis" that the support for “Solidarity” was at its peak. The briefing will be held in accordance with the rules of the sanitary regime.

The exhibition will be on display until 21 April 2021.

On 1 July 2020, exactly on the anniversary of the beginning of the famous strikes, commonly known as the "August" strikes, the Institute of National Remembrance inaugurated the celebrations associated with the 40th anniversary of the founding of "Solidarity". On this occasion, the IPN opened the first in a series of "This is Where ‘Solidarity’ was Born"  exhibitions, which serve as a source of information on the emergence of this movement not only in big cities, but also in small towns.

So far, the exhibition has been presented in 52 locations throughout Poland. On the anniversary of the signing of the Gdańsk Accords, exhibitions from all over Poland were displayed together on Marshal Józef Piłsudski Square in Warsaw.

The opening of the exhibition in Częstochowa: Monika Kobylańska Phone: 667 677 466, monika.kobylanska@ipn.gov.pl.

Częstochowa was the largest industrial center in the region as well as an academic and religious center. Jasna Góra - as the spiritual capital of Poland - became the area of ​​confrontation between the authorities of the Polish People's Republic and the Catholic Church. Until the summer of 1980, there were no anti-communist structures in Częstochowa, and individual persons maintained contacts with KOR, ROPCiO and WZZ. The only organized, independent community was the Academic Chaplaincy, operating under the direction of Fr. Ireneusz Skubiś.

On 29 August  workers of the Bierut Steelworks in Częstochowa supported the strikers on the Polish Coast. The first strike in Częstochowa broke out on 1 September  in the Municipal Transport Company. The strikers demanded an increase in wages and the establishment of Independent Self-Governing Trade Unions. In the next two days, workers from the "Polgal", "Transbud", "Instal" and PKS Częstochowa plants went on strike, and began to form founding committees of independent trade unions. On 28 September the Regional Founding Committee of ‘Solidarity" was established.

The strike readiness, announced by “Solidarity", caused by the union registration crisis, also covered the Częstochowa region and met with attempts to stop the strike action in factories at work on the order of the voivode. On 11 November 1980, a meeting of the “Solidarity” Regional Coordination Commission was held at the MPK "Ikar" factory club, at which explanations were demanded from him. As there was no reaction, the assembled decided not to leave the meeting and demanded that the government commission should come. The protesters reached an agreement with the government commission on 19 November. As a result of the protest, the newly established structures of the union solidified and consolidated, and the provincial and municipal authorities were dismissed.