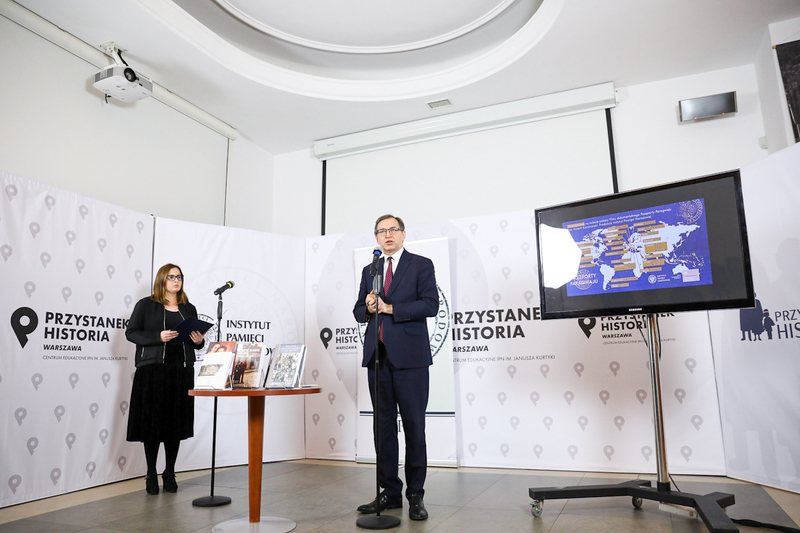 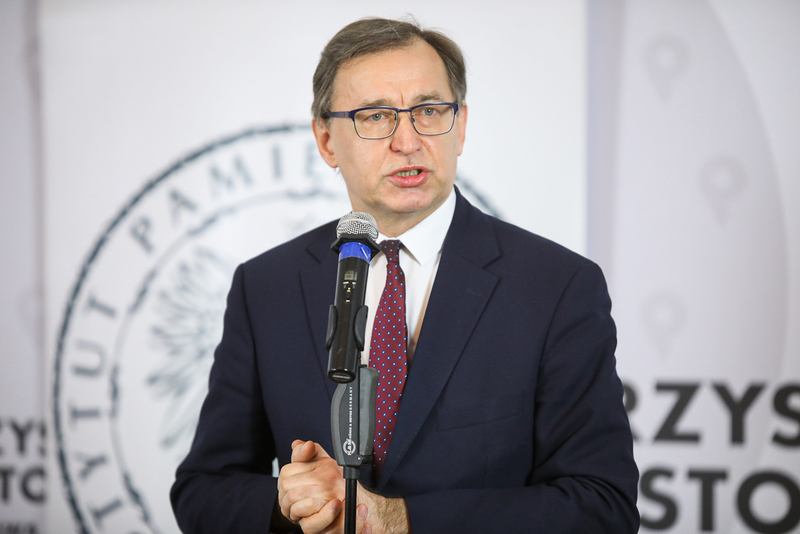 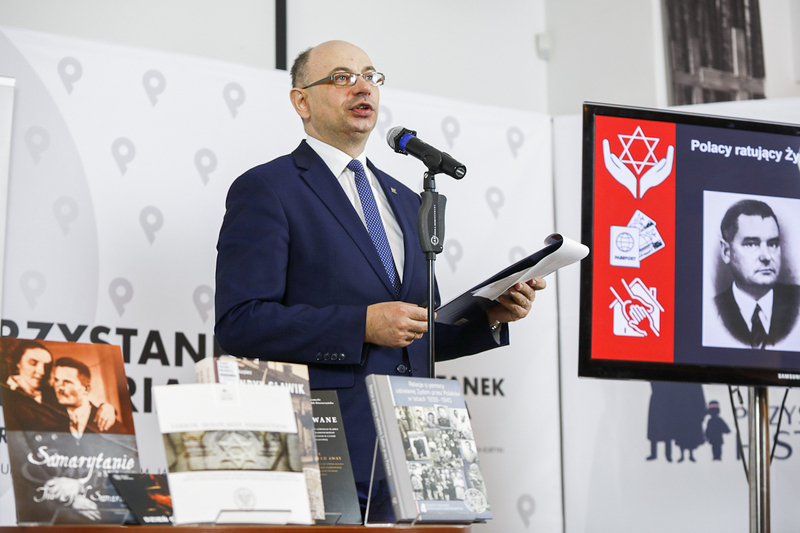 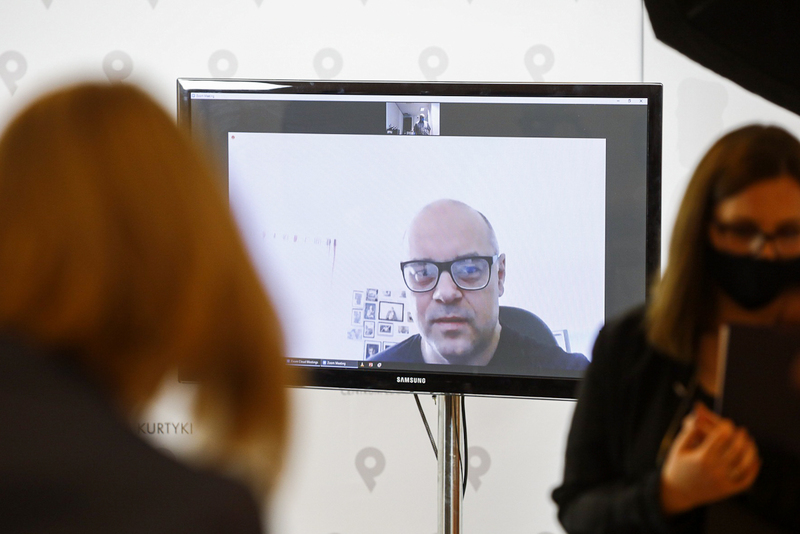 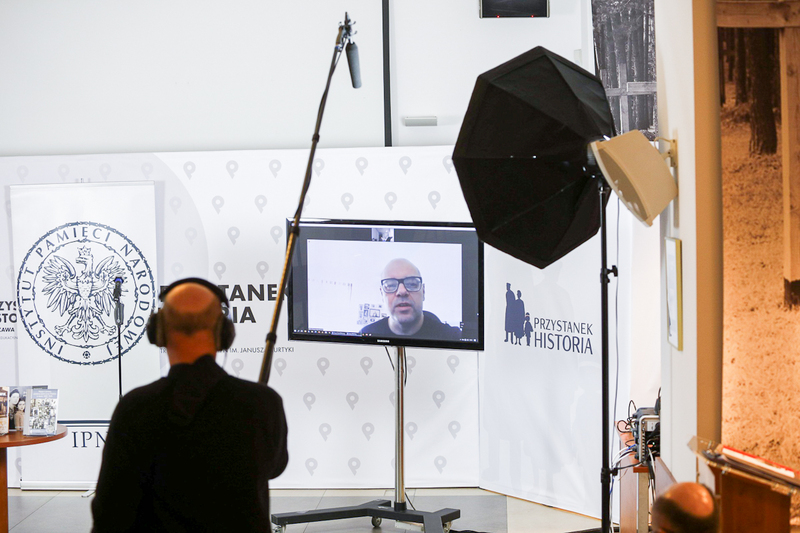 On 23 March, the Institute of National Remembrance organized a press conference at the Janusz Kurtyka “History Point” Educational Center in Warsaw (21/25 Marszałkowska Street), attended by Jarosław Szarek Ph.D., President of the Institute of National Remembrance, Mateusz Szpytma Ph.D., Deputy President of the Institute, Mateusz Matyszkowicz, Member of the Management Board of Telewizja Polska, and Jacek Papis, the Director of the "Polmission. Passports’ Secrets" documentary. The event was broadcast on the IPNtv channel.

Jarosław Szarek and Mateusz Szpytma presented the idea behind the commemoration of Poles who saved Jews under German occupation. The IPN's President said,

For four years, on the eve of the The National Day of Remembrance of Poles Rescuing Jews under German Occupation, the Institute of National Remembrance has presented its initiatives devoted to the commemoration of the people who paid the ultimate price for the assistance they offered to Jews under German occupation. All year we prepare for this day, releasing books and articles, working on films and exhibitions that promote knowledge of these heroic deeds. Years ago, it was Irena Sendler who symbolized the sacrifice; today, there are more symbols, such as the Ulma family, Sister Matylda Getter, Henryk Sławik, or the Polish and Jewish diplomats called the Ładoś Group.

Ever since its establishment, the IPN has been investigating the issue of Polish help for Jews under German occupation, and it intensified especially under Janusz Kurtyka's leadership, becoming a very important subject of the Institute’s commemorative, educational, and research projects.

and went on to outline this year's initiatives.

During the press conference, a trailer for the movie Polmission. Passports’ Secrets, to be premiered on Polish television TVP 1 on 24 March at 9:00 p.m., was screened. "Polmission. Passports' Secrets", co-produced by the Institute of National Remembrance, Telewizja Polska and the Polish Film Institute, presents one of the largest, yet most mysterious actions aimed at saving Jews during World War II. The film, directed by Jacek Papis, is a continuation of "Passports to Paraguay", and presents the further fate of those who managed to survive thanks to the efforts of Polish diplomacy and Polish intelligence, cooperating with Jewish organizations.

As part of this operation, it was possible to save about 3,000 Jews from extermination by issuing false passports of South American countries, including Paraguay. Jacek Papis's film presents conversations with the survivors and their family members. The film further includes commentaries and opinions presented by historians trying to solve some of the mysteries connected with the passports.

On 24 March 2021, we will celebrate the Polish National Day of Remembrance of Poles Rescuing Jews under German occupation for the fourth time. On this day, exactly 77 years ago, the Germans murdered the heroic Ulma family from Podkarpacie along with the Jews from the Goldman, Didner and Gruenfeld families they had been hiding.

This day was established - as stated in the act – “in tribute to Polish Citizens - heroes who, in the act of heroic courage, incredible bravery, compassion and human solidarity, faithful to the highest ethical values, orders of Christian mercy and the ethos of a sovereign Republic of Poland, rescued their Jewish neighbors from the Holocaust which was planned and implemented by the German occupiers.” This day is an expression of reverence for all Poles who, showing mercy and compassion, helped Jews who were systematically murdered by their German tormentors.