COLLECTED CONTENT: We are telling the world about Poland

The IPN is participating in the project aimed at educating the world about Polish history, and here we are presenting collected texts by the IPN's President Jaroslaw Szarek.

"We Are Telling the World about Poland" is a project initiated by The New Media Institute, in which scientists, historians and politicians, not only from Poland, share their opinions on our country’s recent past; the IPN is one of the partners in the initiative.

In order to connect history and modern times, we have already shared essays on, among others, the history of "Solidarity" or Poland's way to independence, widely promoted by international media. According to PAP Media Intelligence, over a billion readers learned about the ideas of the movement that overthrew communism and has become deeply embedded into the Polish DNA. Previous texts by the President of the Institute of National Remembrance, Dr. Jarosław Szarek, presented, among others, the history of the Battle of Warsaw in 1920 or profiled Captain Witold Pilecki in over 30 countries in both hemispheres.

"We are Telling the World about Poland" stories by Jaroslaw Szarek:

As part of commemorating December 1970, President of the Institute of National Remembrance Jarosław Szarek, PhD,  in the text "We Are Deeply Aware of Our Shared History" explains how members of anti-communist oppositions from Poland, Russia, Ukraine, Czechoslovakia and Hungary supported each other on the way to truth and freedom, and how interconnected the histories of Central European countries are.

"We Are Deeply Aware of Our Shared History" 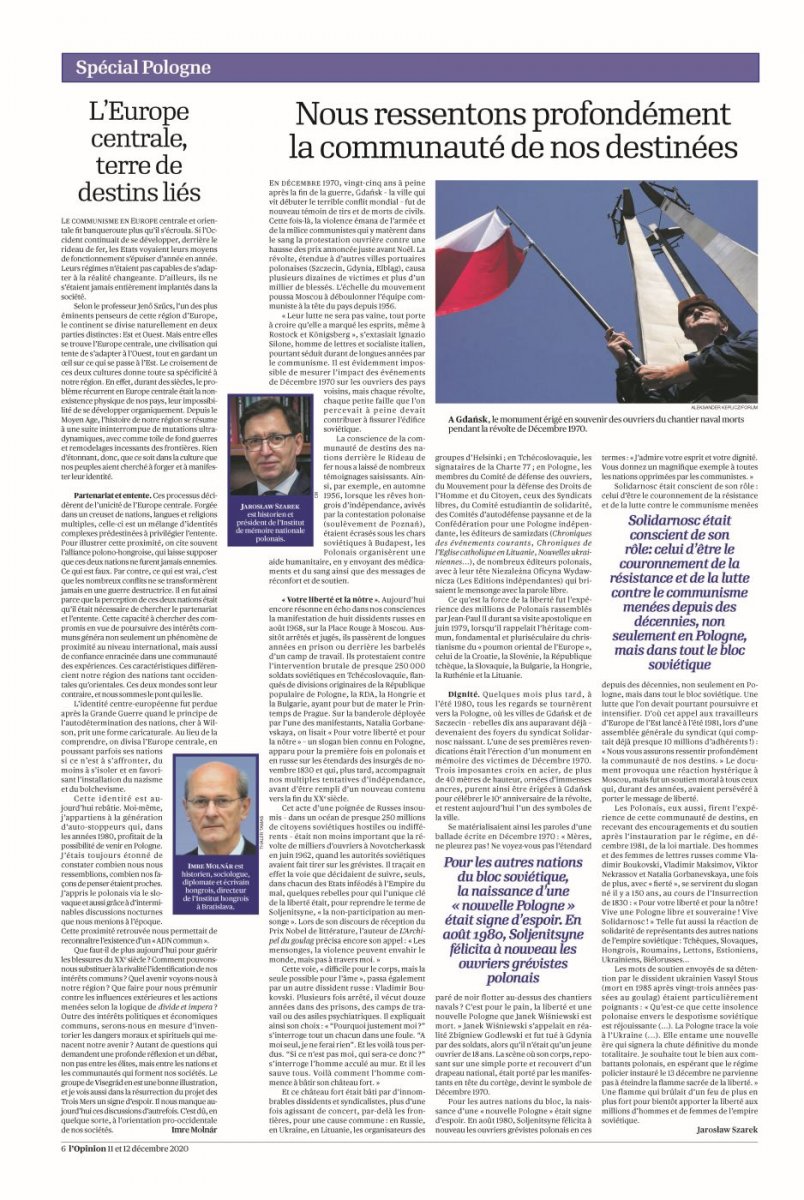 In ”Uncompromising spirit of Poland”, Jarosław Szarek writes about Poland regaining its independence and finding its rightful place on the map of Europe. 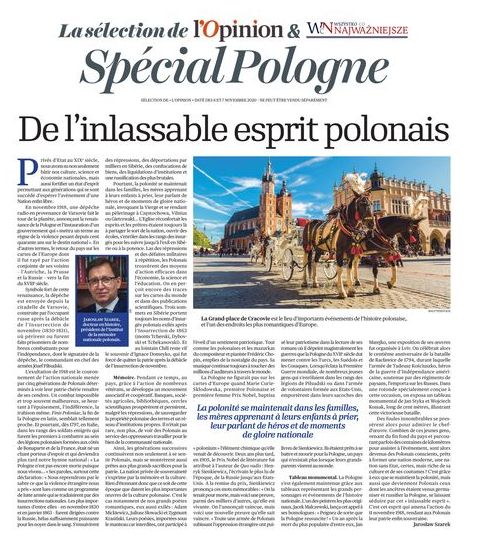 "The Battle of Warsaw 1920. The Defeat of the Empire of Evil" is devoted to the long-lasting effects of the Polish-Bolshevik clash, its significance stil underappreciated in Europe and the world.

"The Battle of Warsaw 1920. The Defeat of the Empire of Evil"

"Witold Pilecki - one of the Bravest People in the World" has, to quote Jarosław Szarek, "become a symbol. To Poles, Pilecki’s biography represents the history of their homeland. Difficult choices, glory, and suffering. His heroism, almost doomed to be forgotten, is being rediscovered today. These are all reasons why Poles are so fascinated by him. But they also prove the belief deeply rooted in Poles – the truth always prevails."

"Witold Pilecki - one of the Bravest People in the World" 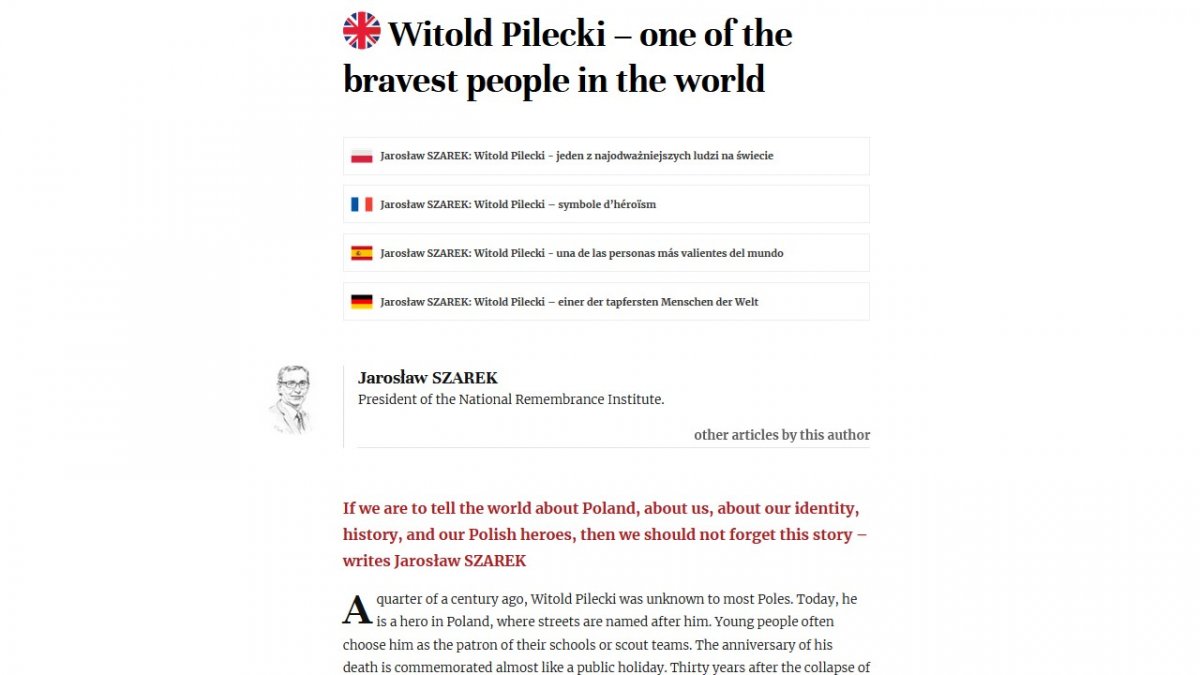