The Institute of National Remembrance would like to invite you to a press conference during which the IPN’s new portal ”The Encyclopedia of Solidarity” will be presented. The conference is going to take place at the Institute’s Janusz Kurtyka Educational Center in Warsaw on 19 December at 12:00. Live streaming from the event will be provided. 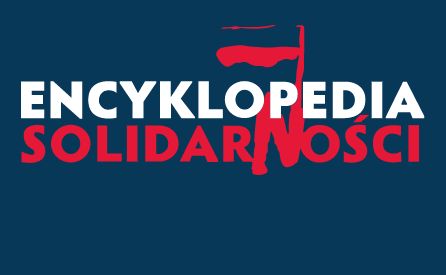 The www.encyklopedia-solidarnosci.pl (formerly www.encysol.pl ) website is part of the IPN’s “Encyclopedia of Solidarity “ documentary project. Its purpose is to present the history of the opposition in the Polish People’s Republic in the years 1976-1990. The portal constitutes an important supplement to the “Encyclopedia of Solidarity”,  four volumes of which have been published so far. Work on the fifth volume has just begun.

The Institute of National Remembrance would further like to encourage you to participate in our annual campaign related to the anniversary of the introduction of Martial Law - "Light the Light of Freedom", which aims to commemorate all those who lost their lives or otherwise suffered as a result of Martial Law introduced in Poland on 13 December 1981.It is a continuation of the action initiated by the citizens of the United States in December 1981. At the appeal of President Ronald Reagan, they lit candles in their windows as a sign of solidarity with Poles persecuted during Martial Law. John Paul II, and many Poles in the country, also lit a candle in his window, manifesting his solidarity with the repressed and his hope for freedom. As in previous years, many institutions will display special illuminations on the facades  animation of their buildings. We invite everyone to light the "Light of Freedom" also online at  : https://swiatlowolnosci.ipn.gov.pl/​

At the press conference, we would also like to summarize the activity of the IPN’s popular science portal Przystanekhistoria.pl, which will be celebrating its first "birthday" on 11 December. The portal presents over 100 historical topics with about 1,200 articles, also in English. In the Digital Library one can find almost 800 items previously available only in printed form, 1,500 films and audio recordings.

2.     The Editor-in-Chief of  the “Encyclopedia of Solidarity”, Tadeusz Ruzikowski, Ph.D.

4.     The "Light the Light of Freedom" campaign presentation - Paweł Błażewicz Ph.D., the Office of the President and Social Communication

Journalists will have the opportunity to ask questions via live chat.