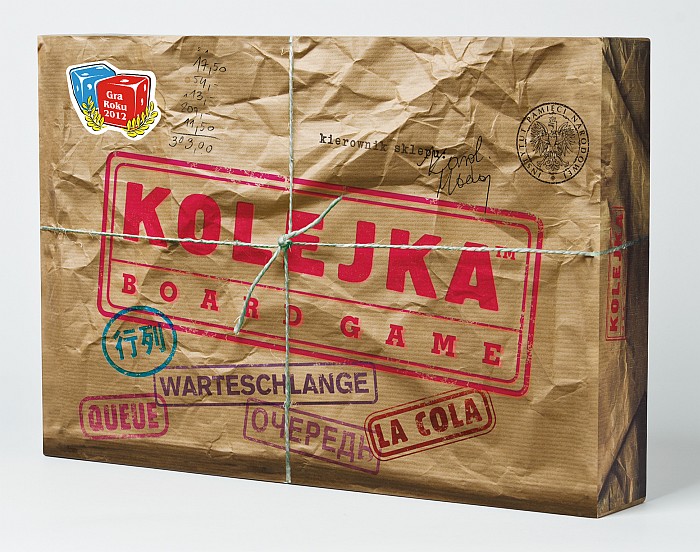 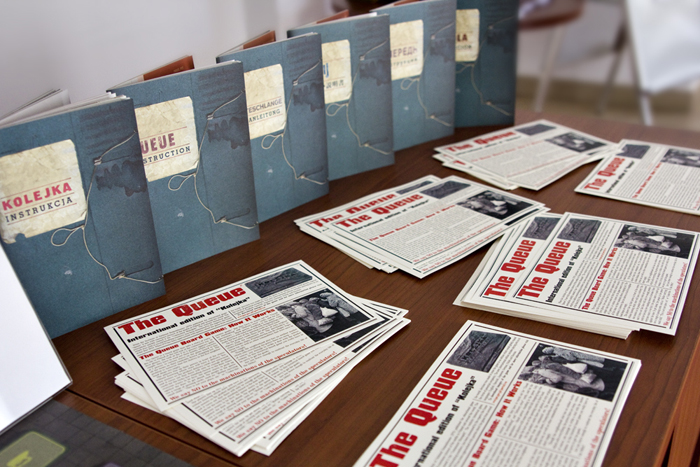 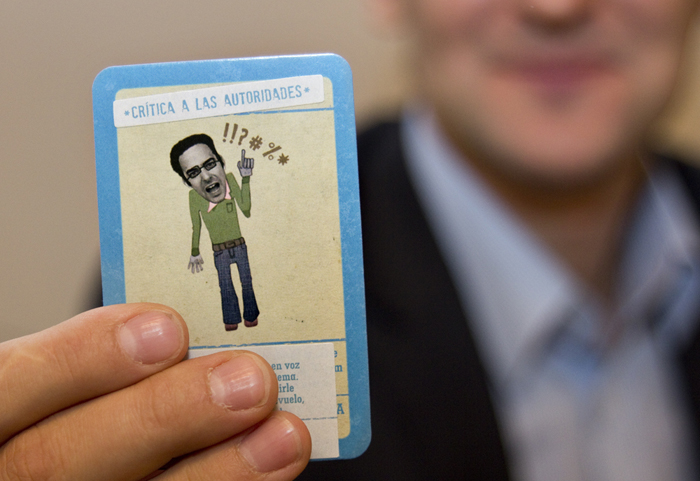 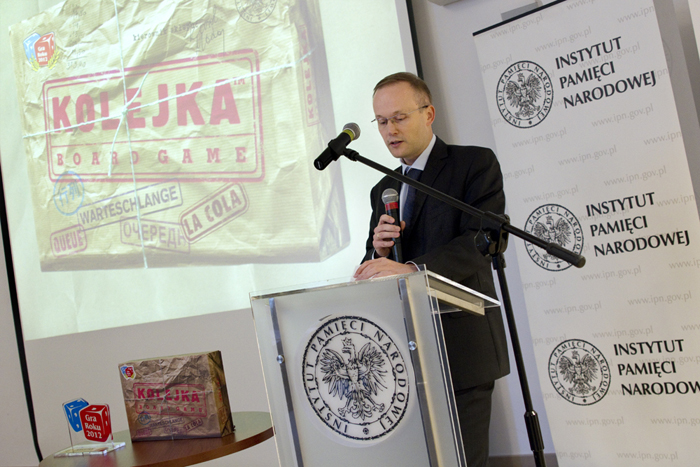 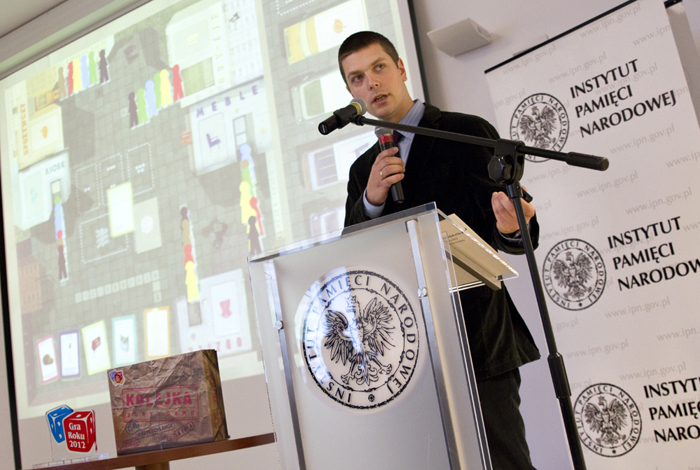 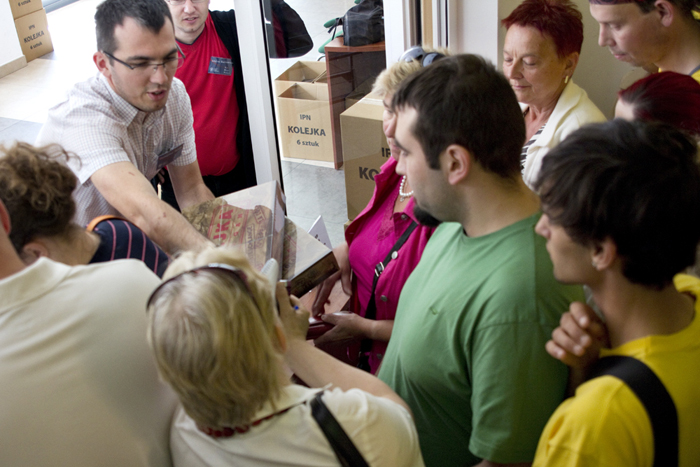 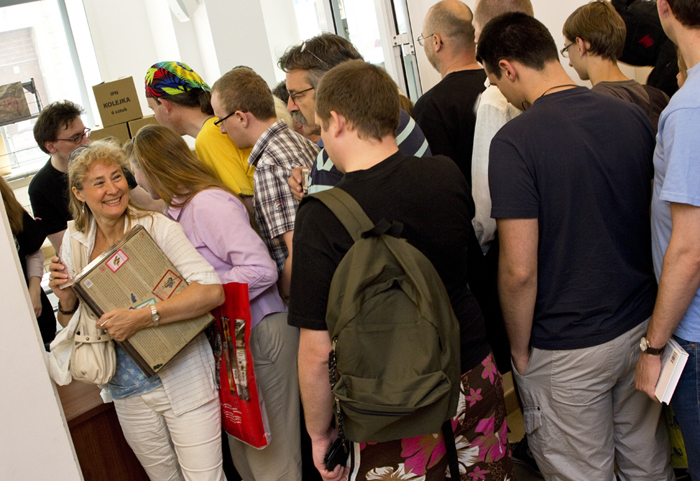 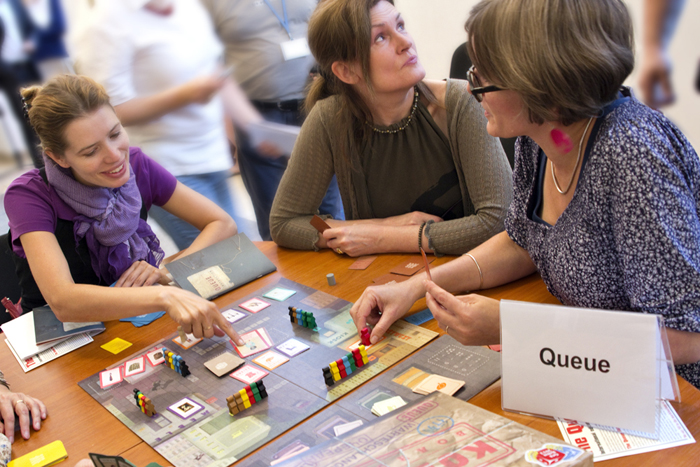 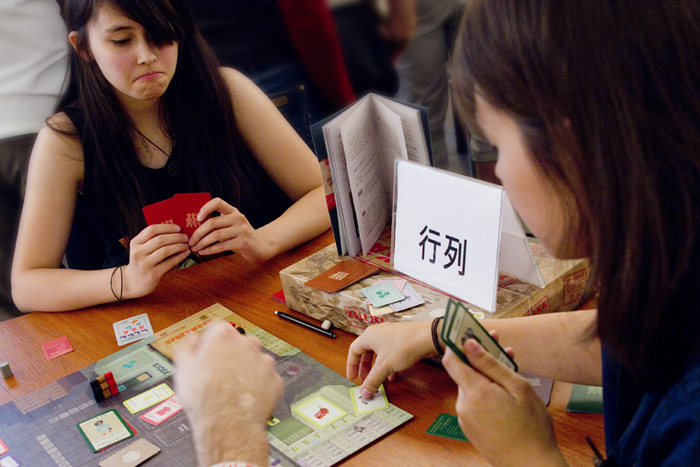 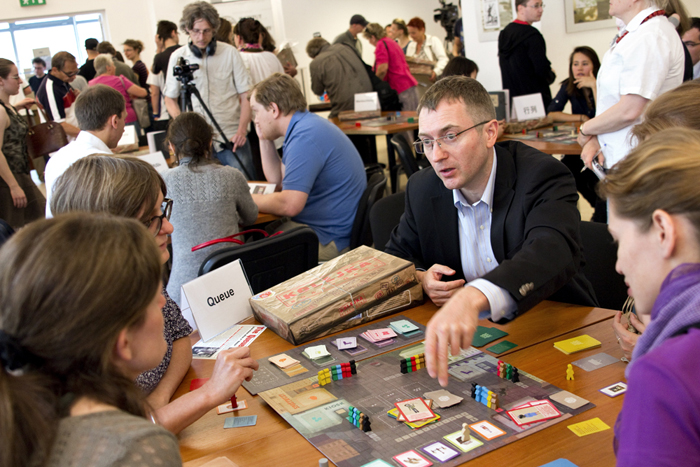 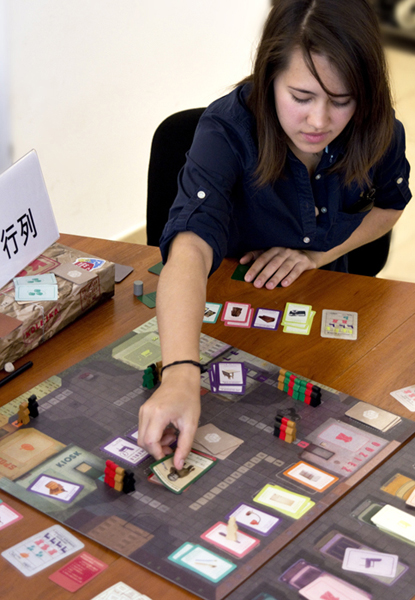 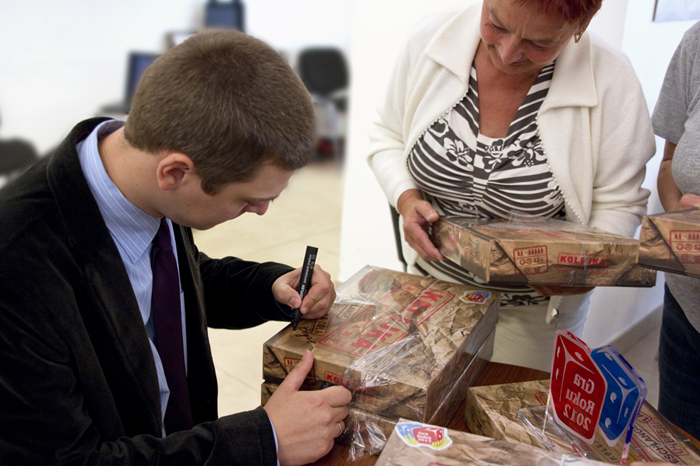 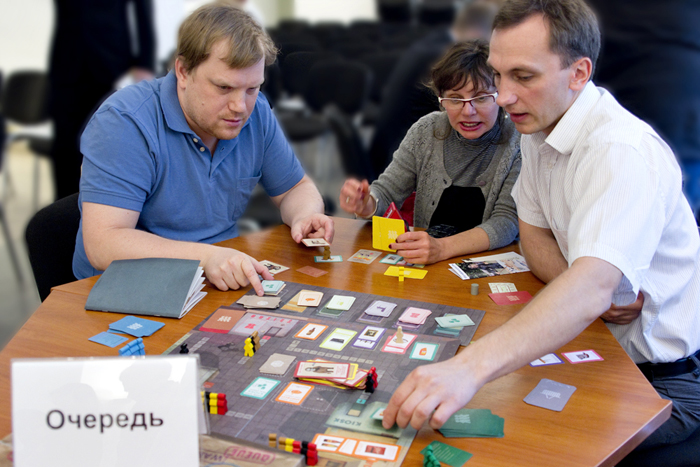 Now "Queue" (“Kolejka”) is available in 6 languages: Polish, Russian, English, German, Spanish and Japanese. This is a response of the Institute of National Remembrance (IPN) to the enormous interest in the game, called a "history lesson in a box", and the demand for it in many countries.

During the promotion of the new edition of the game Dr. Łukasz Kamiński, the President of IPN spoke about the educational mission of the Institute. He mentioned publishing educational materials for history teachers, launching educational websites and creating historical board games. Dr. Kamiński explained that the idea of the "Queue" is to show the mechanisms of communist economics of deficiency. "It works" – he said.

The author of the game Karol Madaj, of the IPN’s Public Education Office, described the rules of the game and mentioned it won the title of Game of the Year 2012. He expressed hope that the "Queue" will tell or recall the reality of Poland at the tail-end of the communist period. Mr. Madaj drew attention to the noticeably high interest in the game both of the media and schools in Japan. The presentation in the IPN’s Education Centre was hosted by Dr. Tomasz Ginter, also of the IPN’s Public Education Office.

During the meeting, the game was played at various "language tables". It could also have been purchased at a promotional price with a limit of two copies of the game per person. This restriction has been introduced to make life harder for the speculators. Still, many people queued for the "Queue" several times, which we could have not forbid...