Whoever saves one life, saves the world entire…The IPN's "Passports to Paraguay" continued

A meeting with the filmmakers of the film Polmission. Passports’ Secrets took place after the premiere of the film, on 24 October 2020 as part of the Echoes of Katyn International Film Festival on Totalitarianisms. The debate was attended by: Jacek Papis - film director, Robert Kaczmarek - producer, Jakub Kumoch - former Polish Ambassador to Switzerland, Sebastian Piątkowski Ph.D. (IPN),and Barbara Stanisławczyk-Żyła, who hosted the meeting. 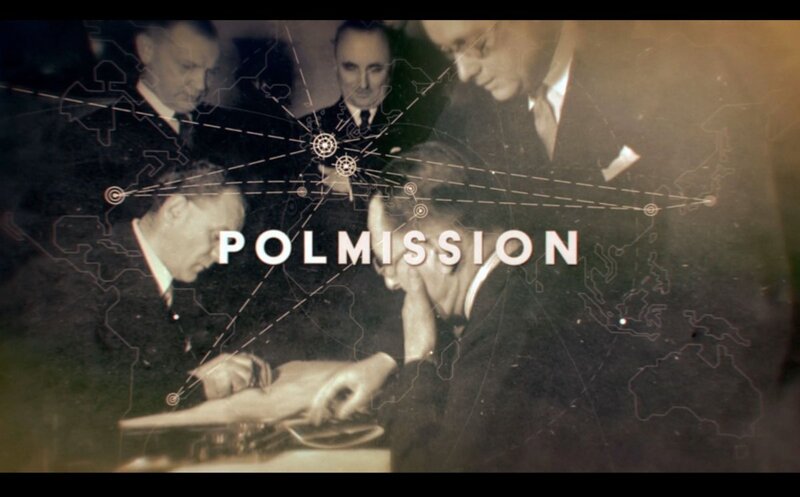 - The topic of the Holocaust was monopolized by a certain group of people for whom the memory of Poles saving Jews was not an important aspect of the Holocaust. However, in recent years, awareness of the intentions and role of the Polish Government- in- Exile in saving Jews has grown significantly. We have received a lot of appreciation from Jewish organizations, said Jakub Kumoch, former Polish Ambassador to Switzerland (now to Turkey).
The filmmakers said that at first they did not have absolute certainty as to the participation of the Polish Government-in-Exile in the entire operation. - We had to analyze all the wire messages which were shown in the film, as well as witnesses’ accounts. It turned out that, from the very beginning, the Polish government had been very much involved in helping Polish citizens of Jewish origin and that its scope of activity was broader than we had expected - said Robert Kaczmarek, the director of the first part of Polmission, Passports to Paraguay.

While working on Polmission, the creators of the film talked to many descendants of those who had survived the Holocaust thanks to the actions of Polish diplomats. Their stories, often difficult to verify, were passed on within the families of the survivors. We have since been able to complete some of the knowledge on this subject.  The opening of the Swiss archives has made access to previously unknown documents possible.

- Certain historical topics require "marketing" activities. The The war is primarily associated with soldiers in uniforms fighting on various fronts. Historians have recently started turning our attention to the effective activities of diplomats and government officials, noted Sebastian Piątkowski Ph.D., from the IPN’s sub-branch in Radom.

However, there are still many unanswered questions regarding, for example, the participation of Polish or German intelligence, or the British government's indifference as far as the issue of helping to save Jews is concerned . More film productions dealing with these issues are planned.

The documentary Polmission. The Passports' Secrets, co-produced by the Institute of National Remembrance, presents one of the largest and yet the most mysterious actions aimed at saving Jews during World War II. The film, directed by Jacek Papis, is a continuation of the film Passports to Paraguay and presents the further fate of those who managed to survive thanks to the efforts of Polish diplomacy and Polish intelligence, in cooperation with international organizations.

As part of this operation, it was possible to save about 3,000 Jews from extermination by issuing false passports of South American countries including Paraguay. Jacek Papis's film presents conversations with the Survivors and their family members. The film further includes commentaries and opinions presented by historians trying to solve some of the mysteries connected with the passports.

Passports to Paraguay won the grand prix of the 11th edition of the Unruly Unbreakable Cursed International Film Festival.

Diplomats belonging to the so-called Ładoś Group or Bernese Group, operating during the war in the Polish legation in Bern, Switzerland, saved Jews by issuing false passports. Polish diplomats and activists of Jewish organizations obtained passports from Latin American countries, which then went to Jews in occupied Europe. These were passports mainly of Paraguay, El Salvador, Honduras, Bolivia, Peru and Haiti, which protected their holders against deportation to German extermination camps. Their owners were instead directed to internment camps, where some of them remained until the end of the war.

The members of the group were involved in the production of illegal passports since at least 1941 and continued their activities practically until the end of the Holocaust. The Ładoś Group was composed of: the Polish Ambassador in Bern, Aleksander Ładoś, his deputy Stefan Ryniewicz, Consul Konstanty Rokicki, and the Embassy Attaché Juliusz Kuehl. Their partners were two Jewish organizations - the RELICO Committee led by Abraham Silberschein and the Swiss branch of Aguda Yisroel led by Chaim Eiss.

The Internet premiere of the IPN production "Passports to Paraguay"