The IPN’s exhibition in front of St. Nicolas Basilica in Bari, Italy

The exhibition, prepared on the occasion of the 40th anniversary of the memorable 1st Pilgrimage of John Paul II to Poland, was opened for the first time a year ago in the courtyard of the Royal Castle in Warsaw. It will now be presented in Bari to celebrate the 100th anniversary of the birth of the Polish Pope, also beloved by Italians, and to commemorate the 40th anniversary of the ‘Solidarity’ movement. "The pilgrimage sent a strong signal not only to the communist government of Poland, but to all totalitarian regimes that crumbled during his pontificate," writes the Italian author Livio Costarella. Indeed, this first visit of John Paul II to Poland in 1979 was an important impulse for the great national uprising that took place a year later and marked the beginning of the end of communist totalitarianism in Europe.

The exhibition is open to visitors from 6 October  to 11 November 2020. 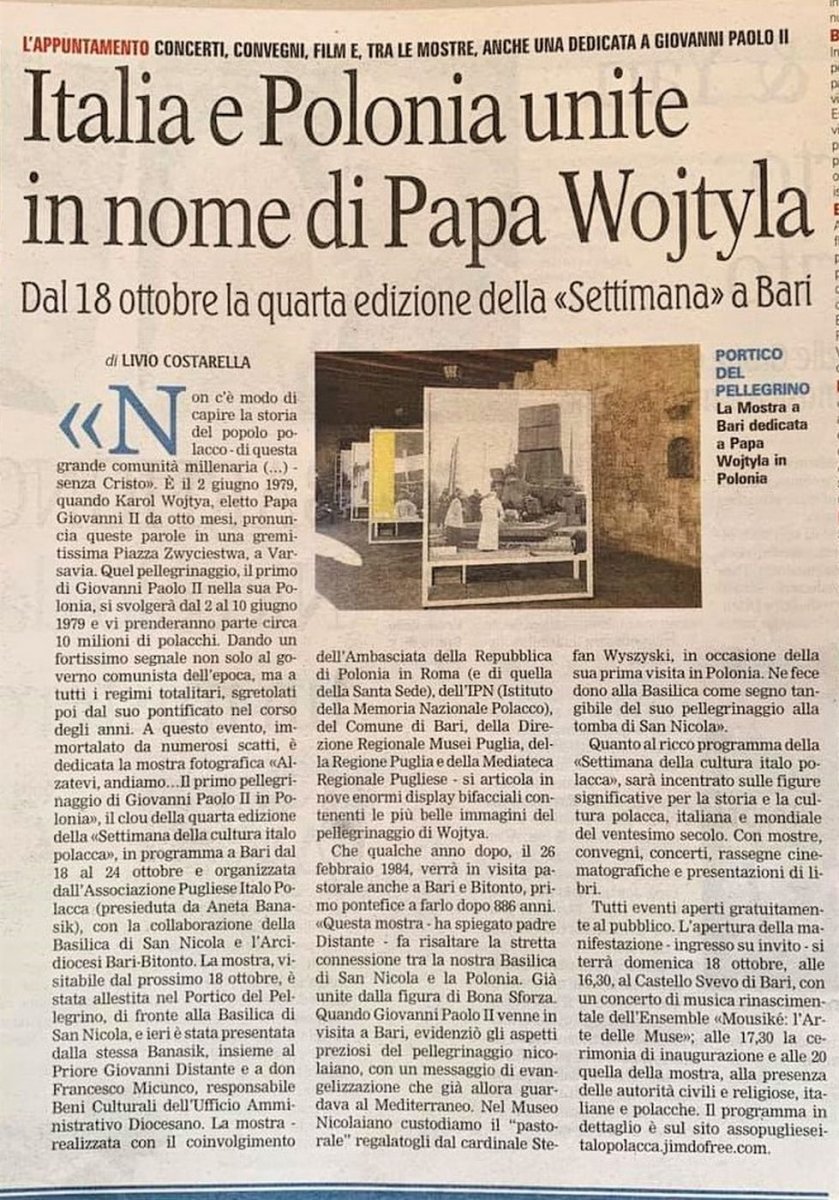 The first pilgrimage of John Paul II to Poland

Publications on the attempted assassination of Pope John Paul II

The IPN portal: pierwszapielgrzymka.ipn.gov.pl devoted to the first pilgrimage of Pope John Paul II to Poland