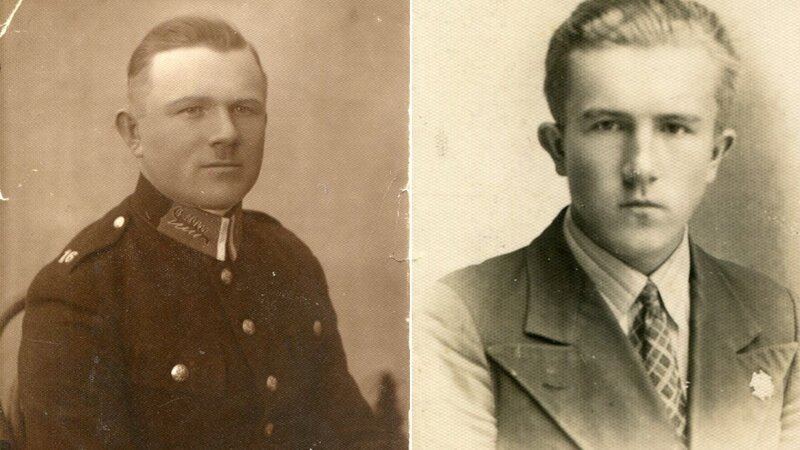 When WWII broke out with the German invasion, Jan Ozimek was a police officer serving in Oszmiana in northeast Poland; the moment the USSR joined the Third Reich, he and other policemen were ordered to strengthen the defence of nearby Vilnius. He departed there with his sons, 20-year-old Kazimierz and 17-year-old Stanisław, and all three took part in the battle against the Soviets on the outskirts of the city. That’s where they separated.

While Kazimierz returned home a few days later, his father and brother disappeared. Only later did the family hear from them: they’d been taken prisoner, ending up in in Kozelsk, and were then transferred to Ostashkov, a POW camp for police, military police, Border Protection Corps and prison wardens. As state functionaries, these people were the natural enemy for the invader, but some of them, like Jan Ozimek, had been rounded up with their underage sons.

In October 1939, the Soviets decided to release all the boys, but Staś Ozimek refused to leave; he was determined to share his father’s fate, and remain in the camp as a POW. Had he gone, he would have shared the fate of many Poles from Soviet-annexed Polish lands anyway: in early April 1940, in the second deportation, the families of army officers and state servants imprisoned in special NKVD camps were transferred deep into the USSR.

Meanwhile, by the order of the Soviet Poliburo, the POW camps inmates were being annihilated in an organized way: in Ostashkov, lists were drawn, the POWs transferred to the NKVD prison in Kalinin, murdered with a shot to the back of the head, and then buried in the forests of Mednoye. Jan Ozimek died first, on 16 April, and his son Staś followed him between 5 and 19 May, two months before his 18th birthday. They were the only father and son pair killed in the Katyń Massacre.

Jadwiga Ozimek, her son, two daughters and mother were deported to Kazakhstan, where the eldest woman was killed by conditions, and Kazimierz rescued by a draft to the Anders’ army. The family returned to the country in 1946, having left behind three bodies, buried in the Soviet Union’ inhuman land.

Jan Ozimek and his son are protagonists of "20 40 20", the IPN's multimedia exhibition opened today at the IPN’s Educational Center (21/25 Marszałkowska Street) in Warsaw, and of a moving, 30-minute feature film by the same title.