The Siege of Warsaw in Julien Bryan's photographs

Julien Bryan (1899–1974), an American documentary filmmaker and photographer was accredited as the only foreign correspondent in Warsaw at that time. He arrived in the capital on 7 September 1939 just as all foreigners, diplomats and government officials were fleeing from Warsaw. He entered Poland through the border with Romania and soon witnessed the first bombings. He reached Warsaw after a few days of traveling by train. He was convinced that the war would be slow and that it would take many days for the German army to reach the Vistula. Surprised by the city blockade, he was forced to stay in the bombed Polish capital for two weeks. During this period, he decided to continue his job as a press photographer, often putting his own life at risk. Day after day, his admiration for the courage of the Polish population, mercilessly bombarded by German air force, increased. He contacted the Mayor of Warsaw, Stefan Starzyński, who provided him with a car, a guide and an interpreter so that he would be able to travel across Warsaw and document German methods of total war and the bombing of the city by the Luftwaffe. In the two weeks between 7-21 September, he managed to take hundreds of photographs documenting the siege of Warsaw and to shoot a few hours of film material of bombings, collapsing houses and hospitals, human bodies lying in the streets, the building of barricades, the tragedy of civilians, the German strength and arrogance. Stefan Starzyński granted him special permission to photograph everything that was happening in the capital under attack.Thanks to this, he was able to move freely around the city. He took photos of the city centre, the Wola district, and above all  the poor neighbourhoods of Praga.

Bryan’s photos from this period became legendary, and with the help of the American press they were seen all over the world. On 21 September 1939, he left Warsaw, taking with him rich material documenting the lives of civilians and the brutality of German soldiers. The film tapes were then used to produce the film "Siege", depicting the heroic struggle of Warsaw’s inhabitants. The film was screened in American cinemas in the spring of 1940. It received the American Film Academy Oscar nomination in 1941 in the ‘best short documentary’ film category.  Interestingly, during his stay in Warsaw, Bryan used, among others, Kodak's color films, which he took with him to test this innovative solution. The pictures taken by Julien Bryan are the only color photographs that show the siege of Warsaw in September 1939 from the point of view of a benevolent observer, showing the despair of Varsovians, the rubble, the wounded and the homeless. Other well-known color photographs depicting these events were taken by the German propaganda units. They, however, show a completely different story - instead of rubble and despair, they portray German dominance and military strength.

Thanks to an agreement concluded in 2010 with the son of the photographer Sam Bryan, the Archive of the Institute of National Remembrance is in possession of digital copies of Julien Bryan's photos.

The IPN has published the "Siege of Warsaw in the photographs of Julien Bryan" and "The Colors of War" albums as well as an exhibition entitled "An American in Warsaw.The capital through the lens of Julien Bryan 1936-1974" (in cooperation with Dom Spotkań z Historią).The "Colors of War" album contains color and colored photographs from Warsaw from September 1939. The dyeing of black and white plates took place shortly after Bryan's return to the United States in 1939 and was clearly made under the watchful eye of the photographer, because the colors are rendered amazingly faithfully. The second part of the album tells the later stories of some of the protagonists of the photographs with whom Bryan managed to reunite during his visit to Warsaw in 1958. The photographs are complemented by Julien Bryan's commentaries on the events immortalized in the pictures.

In 2020, the Institute of National Remembrance published an album presenting Bryan's photographs from the Soviet Union from the years 1930-1959 " The Most Mysteroius of Countries. The Soviet Union in the Photographs and Writings of Julien H.Bryan 1930 -1959", edited by Tomasz Stempowski.

On 3 September 2019, the Institute of National Remembrance organized the opening of the "Siege of Warsaw 1939. Photographs by Julien Bryan" exhibition and the screening of "The Last Correspondent - the Siege of Warsaw 1939" by Eugeniusz Starky at the IPN’s Educational Center in Warsaw. The event was attended by the son of Julien Bryan - Sam Bryan, Eugeniusz Starky - the author of the film and, most importantly, the two children featured in the photographs dating back 80 years : Kazimiera Mika (a girl, mourning the death of her elder sister who was killed in a field during a German air raid) and Zygmunt Aksienow (the boy with the canary). 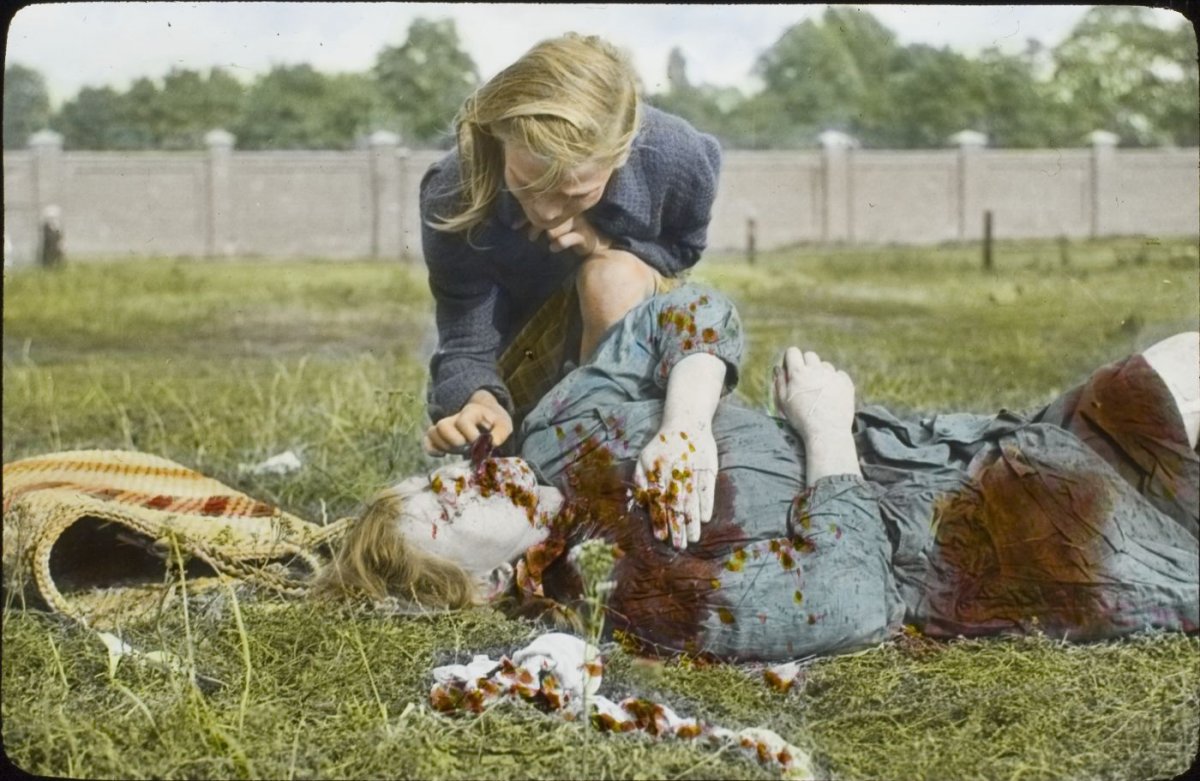 "As we drove by a small field at the edge of town we were just a few minutes too late to witness a tragic event, the most incredible of all. Seven women had been digging potatoes in a field. There was no flour in their district, and they were desperate for food. Suddenly two German planes appeared from nowhere and dropped two bombs only two hundred yards away on a small home. Two women in the house were killed. The potato diggers dropped flat upon the ground, hoping to be unnoticed. After the bombers had gone, the women returned to their work. They had to have food. But the Nazi fliers were not satisfied with their work. In a few minutes they came back and swooped down to within two hundred feet of the ground, this time raking the field with machine-gun fire. Two of the seven women were killed. The other five escaped somehow. While I was photographing the bodies, a little ten-year old girl came running up and stood transfixed by one of the dead. The woman was her older sister. The child had never before seen death and couldn't understand why her sister would not speak to her... The child looked at us in bewilderment. I threw my arm about her and held her tightly, trying to comfort her. She cried. So did I and the two Polish officers who were with me..." [Source: Bryan, Julien. "Warsaw: 1939 Siege; 1959 Warsaw Revisited."]