Premiere of "303" - a new educational board game of the Institute of National Remembrance (IPN) - Brussels, September 28, 2010 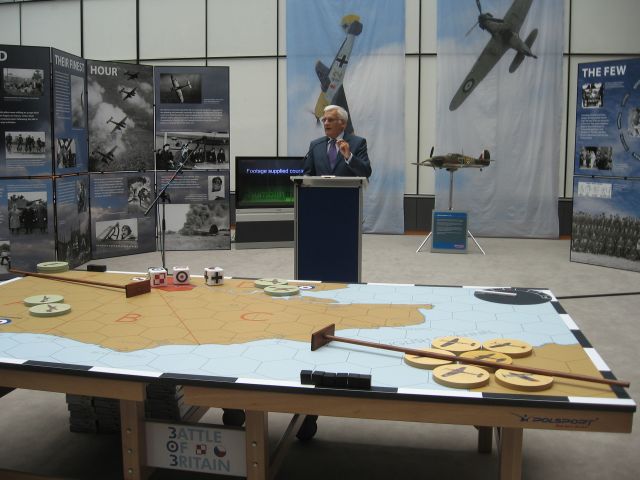 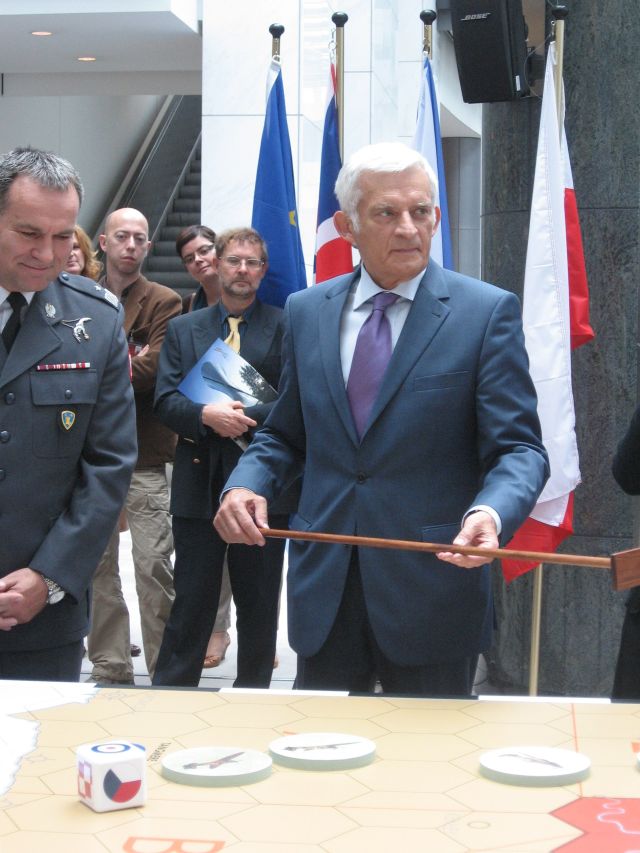 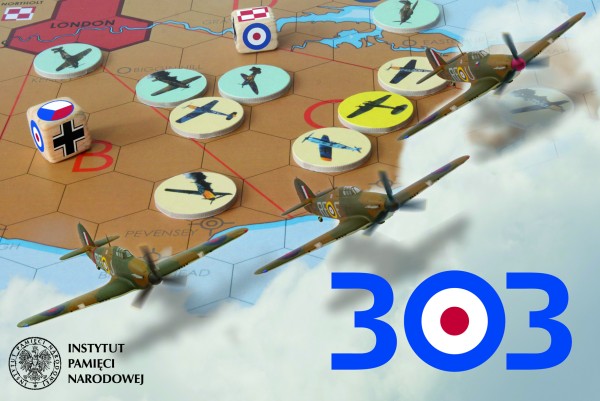 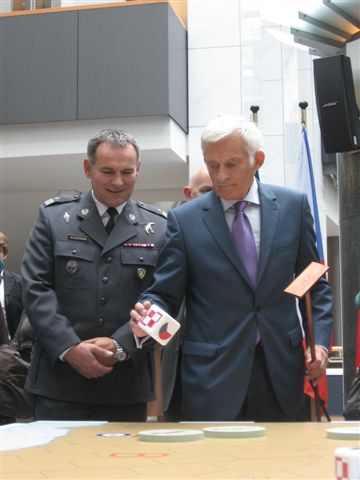 On September 28, 2010 at the European Parliament in Brussels a European premiere of "303", the newest IPN’s educational game took place. At the seventieth anniversary of the Battle of Britain, Jerzy Buzek, the President of the European Parliament practiced his skills playing the game. The Polish premiere of the game will take place on October 6 at the IPN’s Educational Center in Warsaw.
During Tuesday's launch of "303", the speeches were delivered by: Jerzy Buzek, the President of the European Parliament and Geoeffrey Van Orden, the representative of the British Conservatives (former soldier and General of NATO). Then, the co-author of the game Dr. Tomasz Ginter presented “303”.

"303" is a warfare board game for two people. One player commands the Royal Air Force defending Great Britain and the other commands attacking German Luftwaffe. The mission of the Third Reich air force is to bomb London, and the aim of allied air forces is to stop the aggressor. Each player has six different planes, which can be used to run military operations on the board. The board itself resembles the historical table of command, located in the headquarters of RAF. Sky fights are settled by using specially designed dices.

The "303" game was prepared in three languages: English, Polish and Czech. In this way it recalls a common struggle for freedom of the Czechoslovak and Polish pilots who supported the British in the Battle of Britain. The symbol of this brotherhood are the characters of three airmen from 303 Squadron: Witold Urbanowicz, John Kent and Josef František. The players can learn more about the heroes of this battle and aircrafts from information attached to the game.
We wanted to create a game for both children and adults. A game, which combines educational message with fun. Such game should be dynamic, have an interesting atmosphere, simple rules and give the younger and older strategists a lot of satisfaction from making right decisions. For a game to be exciting, there must be a bit of randomness and quickly passing time. All of this have been achieved in "303".

"303" is a contemporary strategic game of chance which can be played during a short break at school or at work. Its plot is simple. A German bomber escorted by fighters is aiming at London. To stop it, a player needs to skillfully draw the fighters away from the bomber and gives the armored machine a critical hit. The closer the player flies to the enemy, the better chances of hitting, but also a greater risk of being shoot. Players must be very careful because a calculus of probability can be tricky here.

We hope that our game will get not only to Polish players. That is why we prepared it in three languages. The game will also be available free online. Our previous internet games "Promotion" and "Memory of '39" are very popular for example among Polish teachers located abroad. Owing to the on-line version, even overseas, people will be able to play and learn something interesting about the 303 Squadron - say the authors of the game Dr. Tomasz Ginter and Karol Madaj from the IPN’s Public Education Office.

The program of the premiere besides the game’s presentation and tournament includes a meeting with restorers, the aviation historians from the Historical Group of Polish Aviation. Also there will be presented an exhibition of the Institute of National Remembrance entitled "Battle of Britain. To commemorate the Fight for Freedom " prepared on the occasion of the seventieth anniversary of the Battle of Britain. Also the latest documentary film "The Poles in the Battle of Britain. » ... what is, that one of the stars fell ... «" directed by Zbigniew Wawer will be screened.

Please come and see, if such way of combining entertainment and education works for you. The best players will win sets of our board games!