On the 82nd anniversary of the outbreak of WWII, we would like to recommend reading Marek Gałęzowski's text on the German invasion of Poland and the first weeks of the September campaign 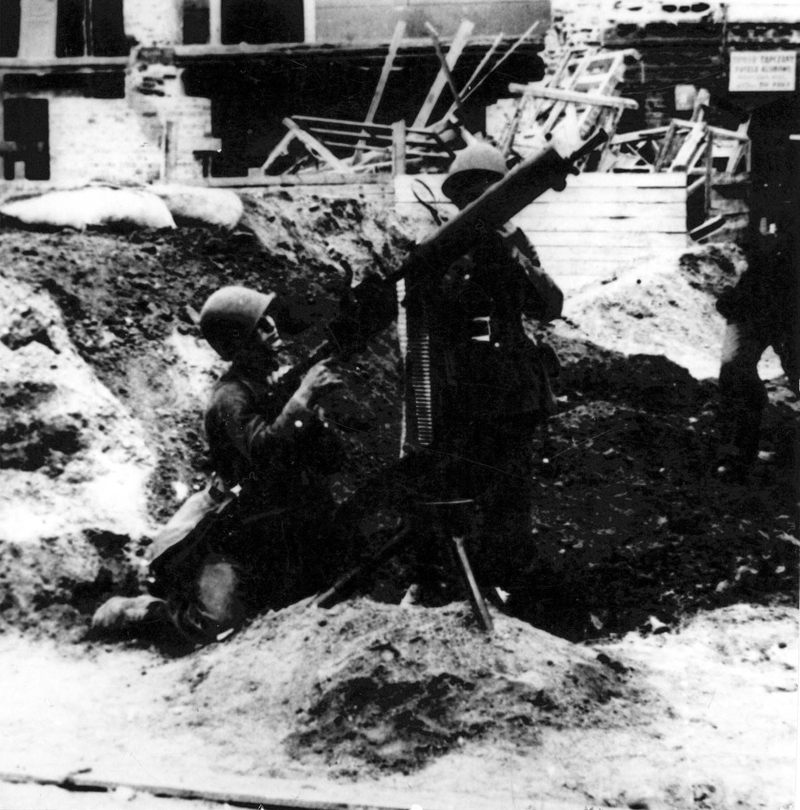 In the early hours of 1 September 1939, without declaring war on Poland, Germany attacked along the whole length of the border between the two countries. Artillery barrage laid down on a Polish military transit depot by Schleswig-Holstein, a German battleship, has become a symbolic opening of the Second World War. Polish soldiers, though heavily outnumbered, resisted heroically from the outset. In the North, a thrust of German armoured formations defeated several Pomorze Army units in Bory Tucholskie, and then crushed the Modlin Army, despite the latter’s initial successes near Mława. Meanwhile, the Wołyńska Cavalry Brigade achieved a remarkable local victory on the western front, inflicting heavy losses on a German armoured division at the Battle of Mokra. In the South-West, the Germans forced the Kraków Army to pull back in the first days of the war, capturing Silesia, crossing the Carpathian Mountains and overcoming Polish forces, weak in the region.

Once regular Polish troops withdrew from Silesia, local self-defence units stood up to fight; this true ″salt of the black earth”, formed of Silesian insurgents and scouts, defended a number of cities, among them Katowice and Chorzów. Breaking through border defence lines by German armies forced general retreat of Polish units along the whole length of the frontline. The defeat of the Prusy Army in the region of Kielce – for the most part caused by its commander, Gen. Stefan Dąb-Biernacki, who grossly underestimated the enemy – only accelerated Polish units’ withdrawal to new defence lines on the Narew, Wisła and San rivers. Meanwhile, civilian authorities left Warsaw, heading for eastern, then southern regions of the country. They were followed by Edward Śmigły-Rydz and his staff – due to dramatically poor communications, the Commander-in-Chief was no longer able to command the troops effectively. On 8 September German armoured and infantry units reached Warsaw, but great dedication and sacrifice of Polish soldiers reinforced by civilians made it possible to repel the attack from the Ochota district.German successes were made possible by their absolute superiority in all types of military forces, as well as the use of Blitzkrieg tactics, that is quick and sudden warfare. Numerous armoured formations targeted the points where units of Polish armies met, forcing them to pull back to avoid encirclement – their retreat often being hampered by the German Luftwaffe, which enjoyed complete air supremacy. While Polish troops were fighting their way through enemy lines to take new positions behind the Wisła River, the Poznań Army commanded by Gen. Tadeusz Kutrzeba, joined by a number of Pomorze Army units, concentrated on the Bzura River. On 9 September the Poles engaged there in what turned out to be the largest battle of the campaign, successfully attacking a flank of the German forces advancing on Warsaw. However, the agressor soon moved troops from other sections of the frontline, and after heavy fights that claimed the lives of three Polish generals – Stanisław Grzmot-Skotnicki, Franciszek Wład and Mikołaj Bołtuć – by mid-September defeated Gen. Kutrzeba’s army. Only a handful of Polish units managed to break through enemy lines and reach Warsaw. Completely cut off from the rest of the country’s territory were the defenders of Polish coastline. On the first day of the war the Germans attacked the Polish Post Office in Gdańsk. The personnel, drafted a few weeks earlier, all day repelled the charges, and only when the building was set on fire did they surrender. The next target was the Polish Military Transit Depot on Westerplatte. Its garrison under Major Henryk Sucharski fought off the first attacks. The commander, following previous orders, intended to surrender then, but confronted with strong protest of his officers, particularly Cpt. Franciszek Dąbrowski, decided to continue the defense. The Polish soldiers, attacked on land, fired at from the sea by Schleswig-Holstein and bombed from the air, heroically held their positions until 7 September. The Polish Navy was essentially eliminated in the first days of the war; German air force sank the destroyer Wicher and the largest Polish warship, the minelayer Gryf, in the port of Hel. One of five submarines in inventory, Orzeł, the pride of the Polish Navy, after operations in the Baltic Sea was interned in an Estonian port that she subsequently left without authorization, and even though the crew had no maps, they managed to reach Great Britain in October. The Germans also fell on the Polish Army units defending the area of Gdynia, commanded by Lt. Col. Stanisław Dąbek. Having lost possession of the largest Polish port, the defenders fought off German attacks on Oksywie, all the time ferociously pushed towards the sea. On 19 September the agressors broke through their lines in Babi Dół, which prompted Col. Dąbek, who refused to surrender, to take his own life. At that point of the war the Hel peninsula remained the last line of defence on the coastline.