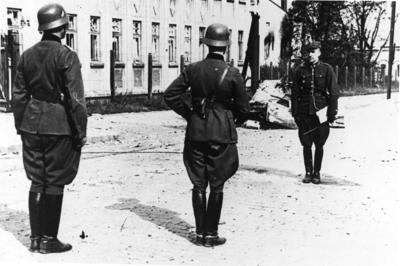 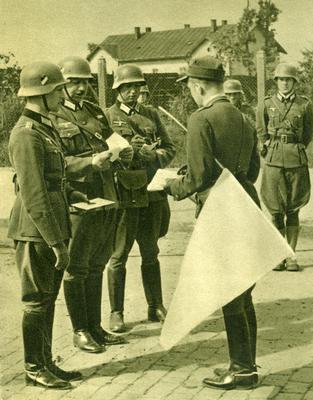 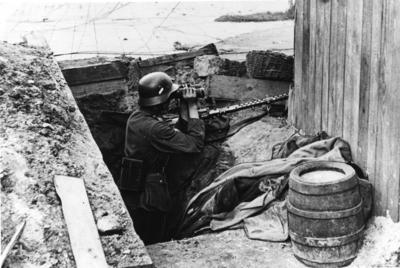 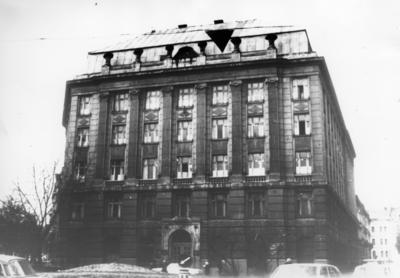 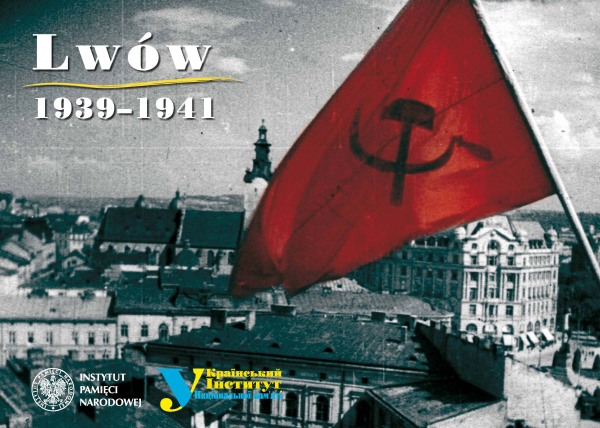 In Ukrainian Lwiw, in Polish - Lwów, in Yiddish and German - Lemberg. For Ukrainians it is the most important city of Western Ukraine, for Poles - the city, which is always loyal to Poland, for Jews - an important center of social life. After the collapse of the Austro – Hungarian Empire in 1918–1919 there was a battle for Galician capital – Lviv, which ended with Poles’ victory. In an interwar period some Ukrainians did not recognize the legitimacy of the Polish government. Poles, on the other hand, viewed Ukrainians and partially Jews as disloyal towards Poland.

Until the beginning of World War II, Lviv was a cosmopolitan Central European metropolis, the only city in Europe with three cathedrals: Greek Catholic, Roman Catholic and Armenian. In the interwar period, despite an official equality, Poles were a privileged group of citizens in the Republic of Poland. An unequal status of Ukrainians, Belarusians and Jews became a propaganda excuse for the Red Army to invade Poland in September 1939. The Kremlin presented its participation in partitioning of Poland as defence of the local people, although in reality it was a direct consequence of the Molotov - Ribbentrop Pact.

On September 1, 1939 the Wehrmacht troops invaded Poland, and shortly afterwards, on September 17, the Red Army crossed its borders. September 1939 became the beginning of the Polish national tragedy, and its symbol - the Katyń Massacre: shooting of 22,000 representatives of the Polish elites by NKVD. The Soviet authorities tried to give the annexation pretence of legality: on October 22, 1939 the „elections” were carried out, and then from October 26 to 29, the Western Ukraine National Assembly was convened, which turned with a request for an annexation to the USSR. The consolidation of Soviet power, however, was made primarily through repression. They tried to eliminate not only underground, but also any „suspicious elements”. Fear of repression was constantly present in life of city’s residents and refugees from the German occupation zone, who found themselves in Lviv.

For Ukrainians the annexation of Galicia and Volinia to the Ukrainian SRS meant not only a „reunification” as the propaganda proclaimed, but also the end of the civil society and the beginning of repression, which started from the old elite, then became a disposal of the underground, and finally everything what was taken for disloyalty, was subjected to penalty. In new, only formally Ukrainian, but in fact – Soviet administration, local Ukrainians were not allowed to hold executive posts, which were reserved only for newcomers from the East. Ukrainian experience from years 1939-1941 can be described as „ Ukrainian reverse Ukrainization”, which means Sovietization under the pretence of Ukrainization. Stanisław Ludkewycz – a composer, put it in aphoristical manner: „We were liberated – and there is nothing we can do about it”.

The Jews’ attitude towards the new authorities was mainly conditioned by the fact, that it was a salvation from the Nazi oppression. Part of society, especially youth, manifested a genuine happiness at the establishment of Soviet power, but most, especially religious Jews, distanced themselves from it. Jews from Lviv and Jewish refugees from the central Poland also suffered repression and deportation. The years 1939 – 1941 against the background of the subsequent Holocaust tragedy was jotted down as relatively peaceful in the Jews’ collective memory.

21 months of Bolshevik power changed the face of the city. Pre-war national and social elites were destroyed by repression. Lviv lost its traditional bourgeois and intellectual nature. Nationalization of industry, commerce and banking, an introduction of the ruble as a legal tender at the extremely unprofitable rate for the local residents led to the impoverishment of people. Persecution of religious groups additionally weakend the Lviv community.
The tragic experience of Sovietization di not unite, but led to greater disintegration of Lviv residents. The Soviet authorities provoked national antagonisms, at various times favoring one groups, while persecuting others. There were, of course, instances of solidarity, when in spite of everything people saved each other out of trouble.

The end of Soviet reign and the beginning of the German power were particularly tragic for the Lviv residents. NKVD murdered several thousand prisoners and Nazis, blaming these crimes on Jews, provoked Ukrainians to a pogrom. Gestapo arrested and murdered Lviv’s professors. Besides, after attempting the announcement of the Ukrainian state, Gestapo arrested OUN-B leaders.

In years 1939-1945 Lviv lost nearly 80% of the old pre-war population. The war put an end to the multicultural history of the city. Most Lviv’s Jews were killed in the Holocaust. Poles, who stayed in Lviv after the war were deported. Most of the Ukrainian elite was repressed or emigrated. Thus, Lviv after the war turned into a Soviet city.

In the collective memory of a considerable part of Ukrainian population, Belarusians and Russians likewise, events of 1939-1941 years subsided into the background compared to the 1941-1945 period. However, it is difficult to overestimate their importance. The tragic experience of Poles and Ukrainians, as well as other nations of Central and Eastern Europe, laid at the bottom of anti-communist opposition, and at the end led to the collapse of the system in 1989–1991.

Today Lviv has over 700 thousand residents, 90 % from them are Ukrainian. This city is the cultural center of independent Ukraine. Lviv managed to restore its multicultural nature and it is a city where, East and West meet after all.

This exhibition is an attempt to tell the tragic history of Lviv from the 1939–1941 period, through intertwining three different remembrances of Poles, Ukrainians and Jews.
Professor Jarosław Hrycak, PhD; Rafał Wnuk, PhD; Ola Hnatiuk, PhD