We invite you to the ceremonial unveiling of the plaque commemorating the participation of members of the Technicians Association in Warsaw in the ranks of the Volunteer Army of 1920 with the participation of Jarosław Szarek, Ph.D., the President of the Institute of National Remembrance - Wednesday, 12 August 2020, at 12.00, in front of the Warsaw House of Technology at 3/5 Czackiego Street.

A press conference dedicated to the presentation of the IPN’s initiatives in connection with commemorating the participation of General Haller’s Volunteer Army in battles against the Red Army in 1920 took place at the  Janusz Kurtyka “History Point” Educational Center on 16 July. The conference was attended by Jarosław Szarek, Ph.D., the President of the Institute of National Remembrance, and Adam Siwek, the Director of the Institute’s Office for Commemorating the Struggle and Martyrdom. On the hundredth anniversary of the victory over the Bolsheviks in the Battle of Warsaw of 1920, the Institute of National Remembrance plans to commemorate this event by unveiling memorial plaques dedicated to the Volunteer Army of 1920 at the sites of draft commissions.

The drafting process to the Volunteer Army resulted in a very enthusiastic response on behalf of Polish society. The Council of National Defense issued an announcement, signed by Józef Piłsudski: “At a time when Poland is in need, let its faithful sons, who similarly to their fathers and grandfathers before them, persevere, and place the enemy at Poland’s feet. Let us do everything we can to ensure victory! To arms! ". Draft points were created and examples of patriotic attitudes multiplied. Within a few days Poland became a different country. Party quarrels and disputes ceased, strikes were terminated. Over 100,000 people joined the Volunteer Army, including 30,000 residents of Warsaw.

The IPN’s projects related to the commemoration of the Volunteer Army’s soldiers  who fell in the fight with the Red Army advancing towards Warsaw in 1920, publications and especially designed pins related to this topic were presented during the conference. 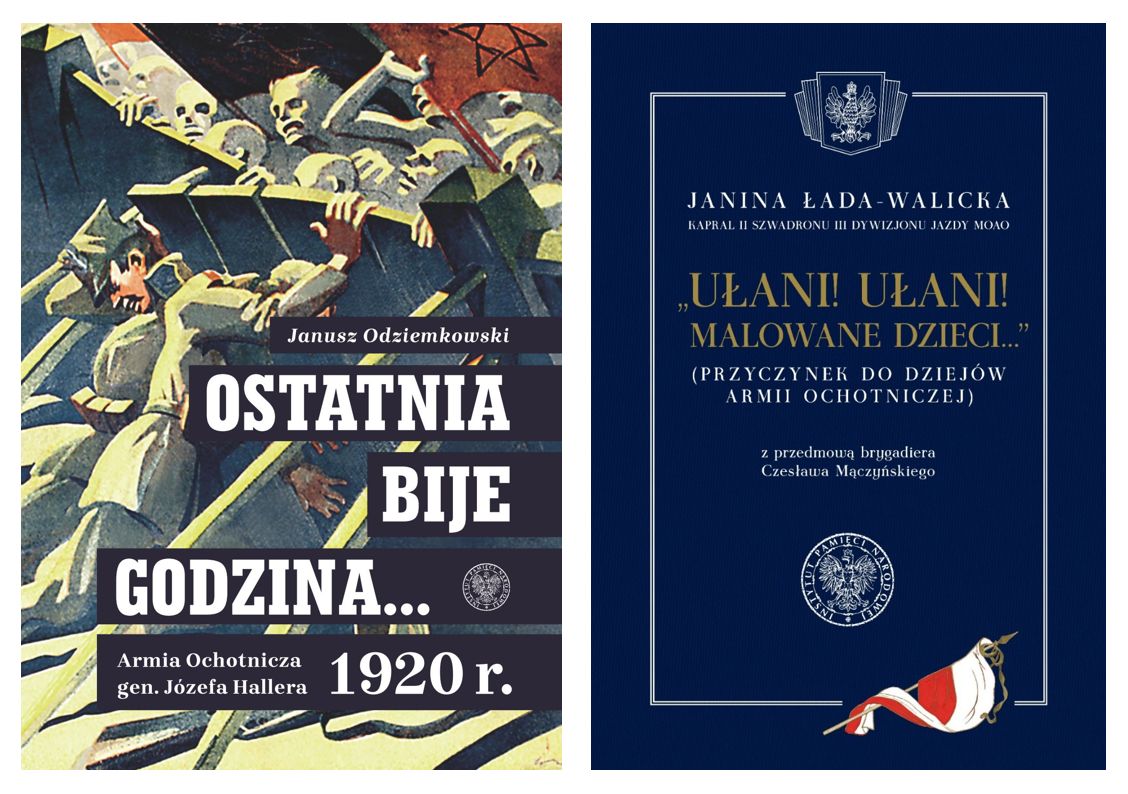 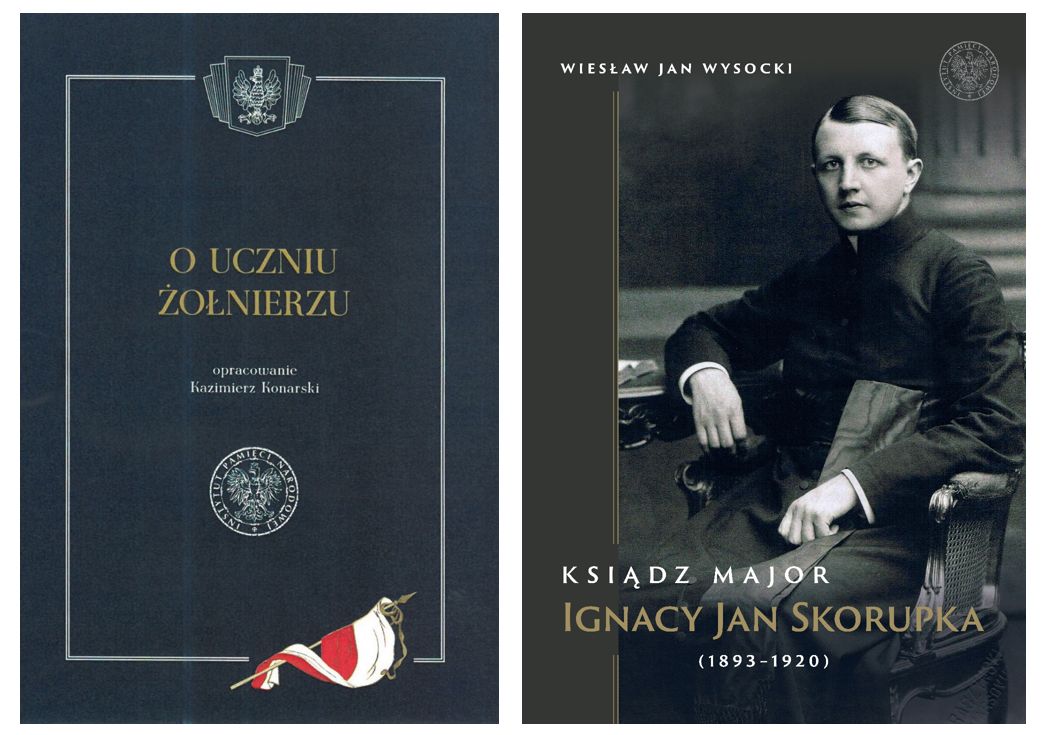 The triumph on the outskirts of Warsaw ending the war with the Bolsheviks in the summer of 1920 was preceded by a victory deep in the country. It was a victory in the fight taking place on the "internal front" –  between private interests, egoism, cowardice, on the one hand, and loyalty to the Homeland, a sense of duty and courage, on the other. We ought to remember that war is always waged on two fronts: external and internal. It cannot be won when the first front fights alone while the second is non-existent. Such was the case until the first days of July 1920, when the activity on the internal front finally began. This was the true turning point of the war, a time when many people were ready and willing to make supreme sacrifices for their homeland, pushing aside those who treated the issue of Poland’s independence in terms of personal gains.

In the spring of 1920, when battles over the borders were fought in the east, plebiscites were to decide on the fate of Upper Silesia, which had taken up arms the year before, Cieszyn Silesia, Warmia, Masuria, and Powiśle. Constant strikes in the country and government crises broke out. The newly appointed Prime Minister, Władysław Grabski in his exposé called on Poles to start treating the country’s situation and their own existence seriously. The streets of Polish cities were full of those reluctant to enlist. Bolshevik agitators were actively spreading propaganda in factories and among rural inhabitants. Bon-vivants and those overwhelmed by the desire to get rich quickly were indifferent to significant public matters.

”When Polish soldiers were fighting on four fronts against Germans, Czechs, Russians, Muscovites and Lithuanians, Warsaw was busy dancing, revelling, indulging in debauchery. The provincial social circles followed in the capital's footsteps," – Cardinal Aleksander Kakowski aptly described social moods. Meanwhile, the Bolsheviks marched "over the corpse of white Poland" to carry the fire of revolution and to fulfill the order of the West Front commander Mikhail Tukhachevsky: "To Warsaw, Minsk and Vilnius –  march!" Despite the exhausted Polish Army’s desperate efforts, they failed to stop the Soviet offensive and finally gave way to the Bolsheviks. The fear of the raging Bolshevik hordes also contributed a great deal. “In barely two months’ time, all this turned our excellent army into a loose mass of defeated men. Desertion was not infrequent. Panic arose. Yesterday's heroes  were not able to hold their ground, instead they would lay down their weapons and flee,” recounted Adam Grzymała-Siedlecki, writer and war correspondent. It was not for the first time in history that Poles, realizing the gravity of their situation, came to their senses at the very last minute. The Council of National Defense issued an announcement, signed by Józef Piłsudski: “At a time when Poland is in need, let its faithful sons, who similarly to their fathers and grandfathers before them, persevere, and place the enemy at Poland’s feet. Let us do everything we can to ensure victory! To arms! ". Draft points were created and examples of patriotic attitudes multiplied.

Within a few days Poland became a different country. Party quarrels and disputes ceased, strikes were terminated. Junior high school pupils, scouts, falconers and students, workers and bankers, craftsmen and entrepreneurs, 1863 veterans, the clergy, university authorities and professors, writers, actors and journalists, men and women – everyone wanted to participate in this great movement. The Catholic Church called for prayer and sacrifice and its chaplains moved to the front. On their knees, the citizens of Warsaw begged for a miracle which would save them from the oncoming wave of Bolshevik barbarism. Members of other denominations also called for help on the front. The Civic Defense Committee of Fr. Antoni Około-Kułak gathered dozens of organizations: peasants, landowners, workers, merchants, industrial, commercial and socio-cultural organizations, border and civic guards. Hundreds of posters, publications and leaflets called Poles: "To arms!”.

This great mobilization movement began to grow into an army of 100,000 volunteers led by General Józef Haller. A network of thousands of those working for the victory was also formed outside the front. Auxiliary services supporting the army were established. They included doctors and paramedics as well as people organizing supplies for soldiers, fundraising and care for families affected by the loss of their loved ones. From 10 July 1920, in over one week, more than 30,000 people enlisted. The volunteers were welcomed "in the ranks to fight for freedom" by General Haller’s order. "You, the greatest of patriots, are following in the footsteps of the Lwów society of 1918, which with its life of sacrifice repelled the enemy and closed off the entry to Poland... similarly to the insurgents of 1863, you will wear a white-red cocade," he wrote. He also added: "The Volunteer motto: “To arms!”, response: “To victory! “. This is how we are going to greet each other! Let God be with you! " For the volunteers it was often the first time that they held a rifle, but within the ranks of the tired and mentally exhausted veterans, the new recruits revived the fighting spirit and lifted the morale, which was so needed. The newly-enlisted consisted primarily of young men, although they had already shed their blood in the struggle for independence, fighting for Lwów and Greater Poland, as well as participating in the first Silesian Uprising.

As Adam Grzymała Siedlecki wrote: "It seemed as if the Crusade War was rapturing everyone who capable of fighting. There were those among them who, in truth, were not physically fit enough for the arduous military service.” What was left of them were burial mounds and graves marking significant battlefields. This book is devoted to them. It is a tribute paid on the hundredth anniversary of the victory over the Bolsheviks on the outskirts of Warsaw, in Zadwórze, in defense of Płock and Włocławek, in the fields of Komarów, in the Battle of the Niemen River. They arrived just in time to stop the first Bolshevik march to conquer the West, thus saving the Latin civilization and Christianity. Their victory granted Poles twenty years of their own statehood - enough for the next generation to be raised in accordance with the tradition of 1920. Let their testimony reverberate.