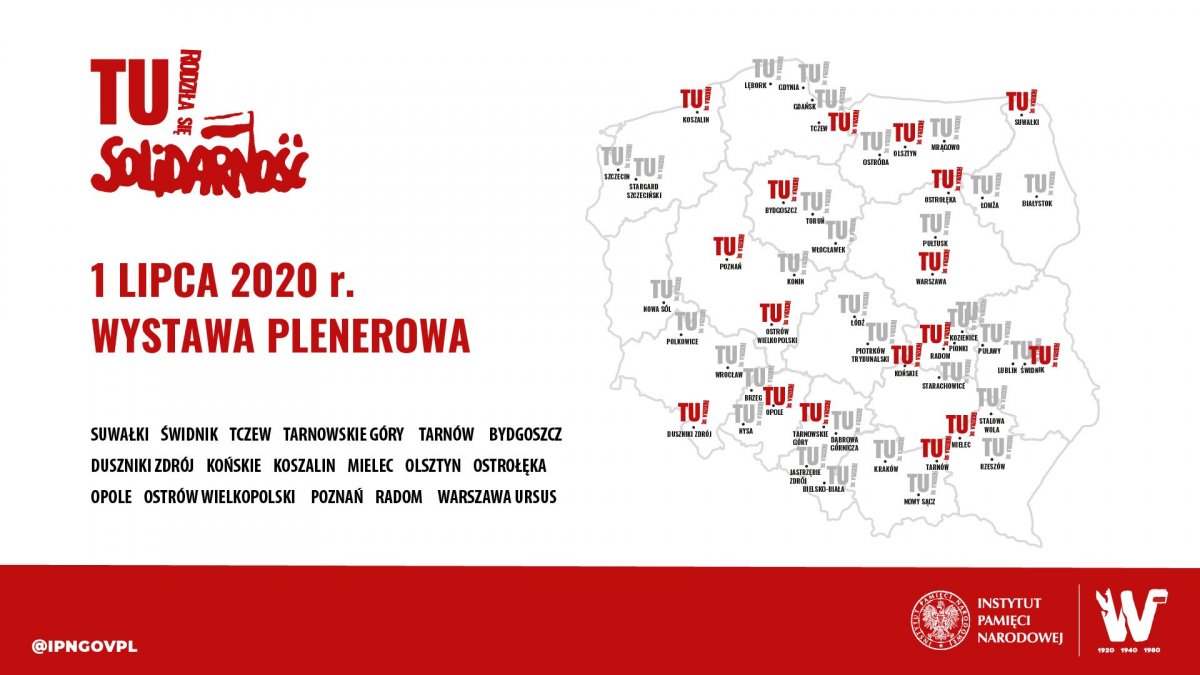 The exhibition in both cities was opened by the President of the Institute of National Remembrance,  Jarosław Szarek, Ph.D. He was accompanied by the director of the National Education Office, Adam Hlebowicz, and the director of the IPN’s Gdańsk Branch, Prof. Mirosław Golon. The ceremonial opening of the exhibition in Gdynia and in Gdańsk was preceded by laying flowers at the monuments dedicated to the victims of December 1970.

This unique exhibition, consisting of the main exhibition and its branch counterparts, gives a detailed account of the nationwide mass strikes taking place in Poland in July, August and September 1980,  and the emergence of "Solidarity" in almost every corner of our country. The texts on the exhibition panels are both in Polish and English.

The towns and cities where the exhibitions are and will be presented will subsequently form the 'White and Red Trail: “This is where “Solidarity” was born” all over Poland. The routes of all regional exhibitions will converge on 28 August 2020 during the vernissage in Warsaw. Millions of people, who very often have remained anonymous, participated in the great victory of Polish “Solidarity”. It is by means of this exhibition that we would like to pay tribute to them. 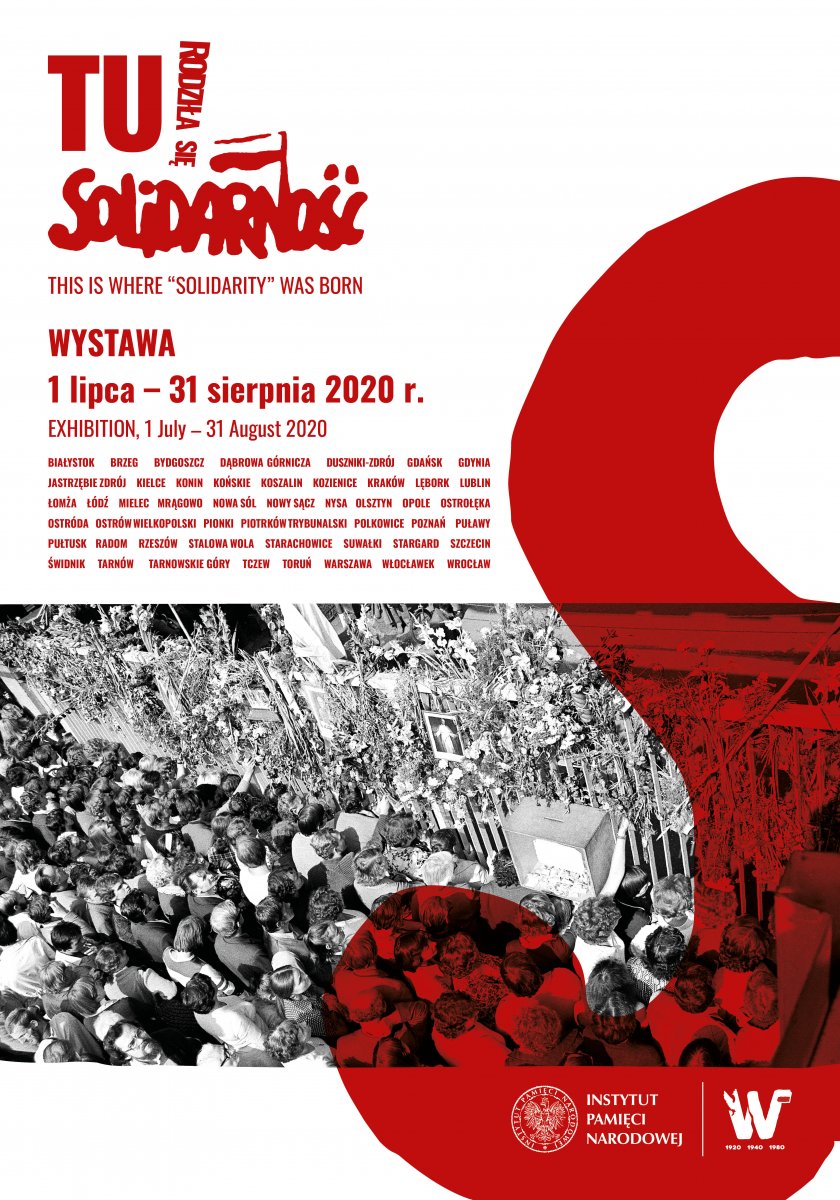