The film "Report from Auschwitz" 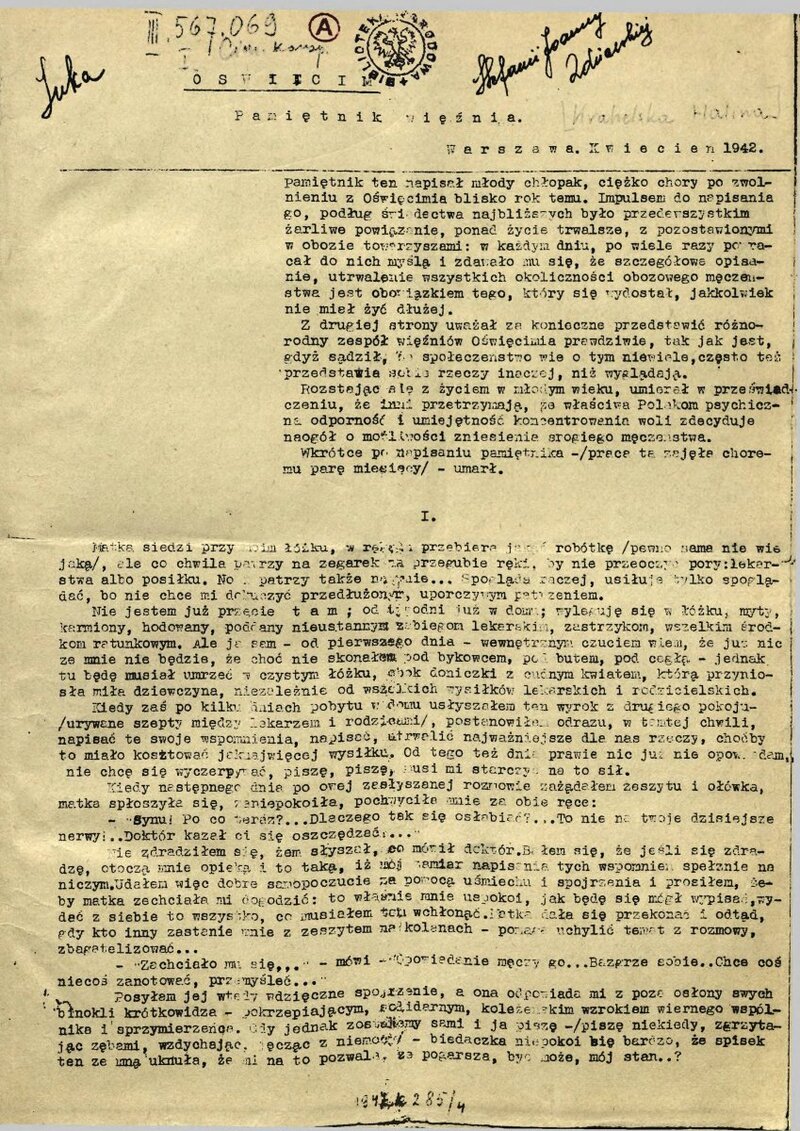 The production presents previously unknown documents proving that from 1941 to the end of the war Poles informed all Allies about the situation in extermination camps in occupied Poland. In the film Report from Auschwitz Krzysztof Brożek shows the indifference on the part of the countries of Western Europe in spite of reports on the Holocaust drafted by the Polish Underground State. The heroes of the film are some former prisoners, mainly those from the first transports: Kazimierz Albin, Kazimierz Piechowski, Jerzy Bogusz, Karol Tendera, as well as Eva Mozes-Kor - victim of Dr. Mengele.