“You have not come to a sanatorium, but rather to a German concentration camp, from which the only way out is through the chimney. If anybody doesn’t like it, you can go throw yourself on the barbed wire right now. If there are any Jews in this transport, they have the right to live not longer than two weeks, priests a month, and the rest – three months.” 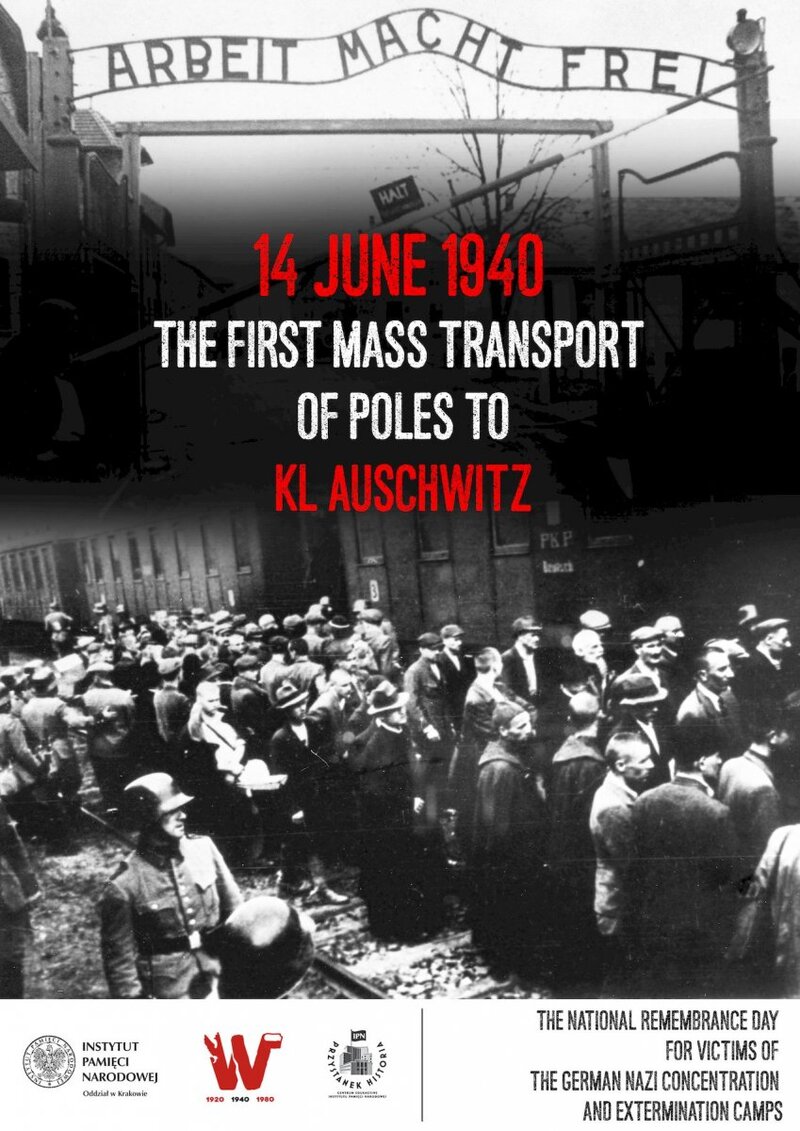 These were the words of SS-Hauptsturmführer Karl Fritzsch addressed to prisoners from the first transport to Konzentration Lager Auschwitz of 14 June 1940.

Pursuant to the Law passed by the Seym,  14 June, the anniversary of the first mass transport of Poles to KL Auschwitz, is commemorated as the National Remembrance Day for Victims of the German Nazi Concentration and Extermination Camps.

On this day, on the initiative of the Institute of National Remembrance, commemorative celebrations are to be held throughout Poland.

At the beginning of World War II, the national-socialist extermination was directed primarily against the elites of the Polish nation. As a result, on 14 June 1940, the Germans sent the first transport of prisoners to KL Auschwitz. They were given numbers from 31 to 758. Among the prisoners there was a large group of people who had tried to get through to the newly formed National Polish Forces in France. Some were arrested as part of AB-Aktion (Extraordinary Operation of Pacification), carried out by the Germans in the General Government in 1940.

Among the first prisoners of the camp there were also those detained during round-ups, activists of political, underground and social organizations, government officials, scouts, high school graduates, and other members of the Polish intelligentsia. Some of them were Polish citizens of Jewish descent.

The youngest of prisoners, Stanisław Ryniak, was fifteen years old. He received camp number 31. 349 is the number of another prisoner of this transport, Bronisław Czech, 24-time Polish ski champion and three-time Olympic athlete, arrested by the Germans for his underground activity. He was also involved in the underground in KL Auschwitz organized in this camp by Captain Witold Pilecki.

Worshiping the memory of all the victims of German concentration and death camps on 14 June, we want to tell the world about our compatriots, who in September 1939 were the first to mount resistance not only in defense of their Homeland, but also in defense of the entire European civilization. The Poles, also as the first among the nations of Europe, were subjected to systemic extermination.