The elections of 4 June 1989. The defeat of the communist system and the triumph of "Solidarity".

Crowds of Poles gathered at the ballot boxes. The results of the first round of voting of 4 June 1989 clearly demonstrated that they wanted to change the system. However, the anti-communist opposition did not reach for power, honoring the Round Table agreements. 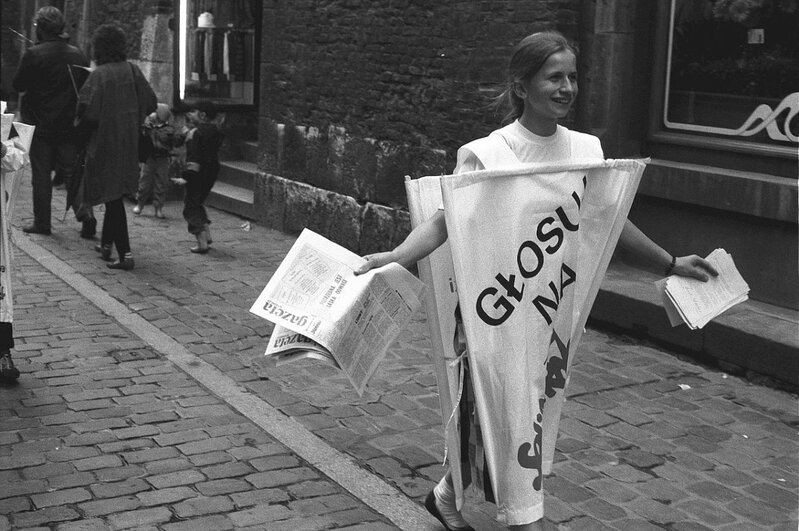 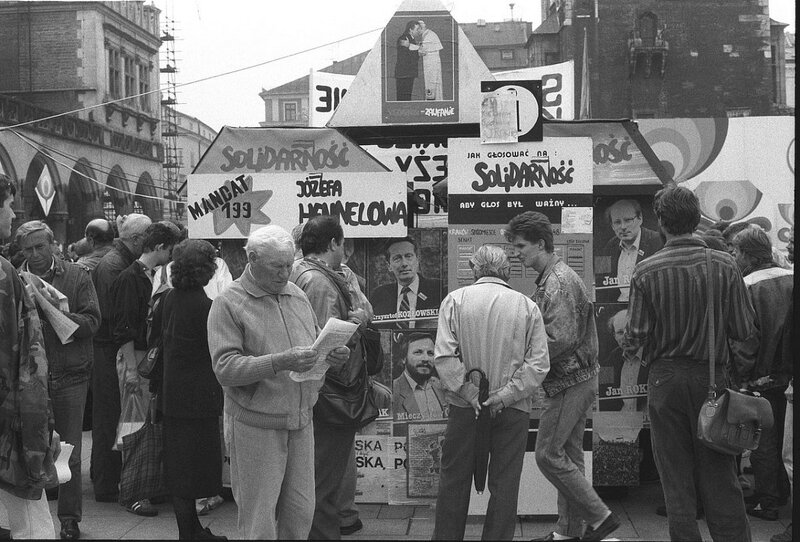 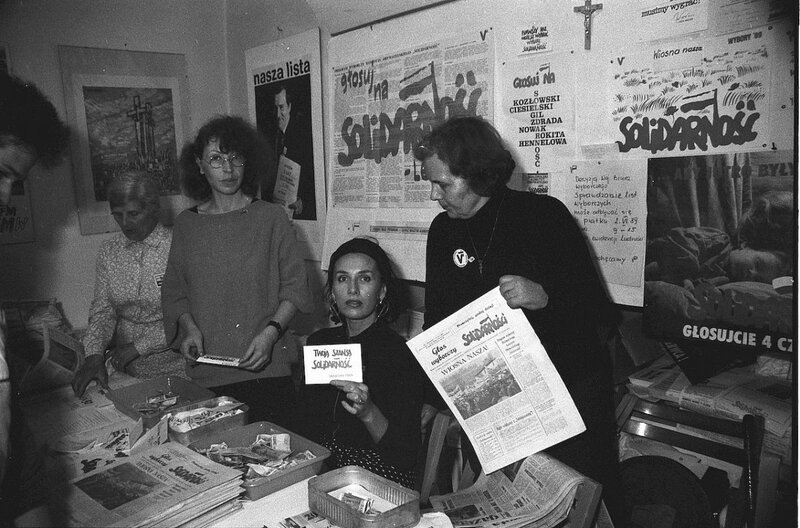 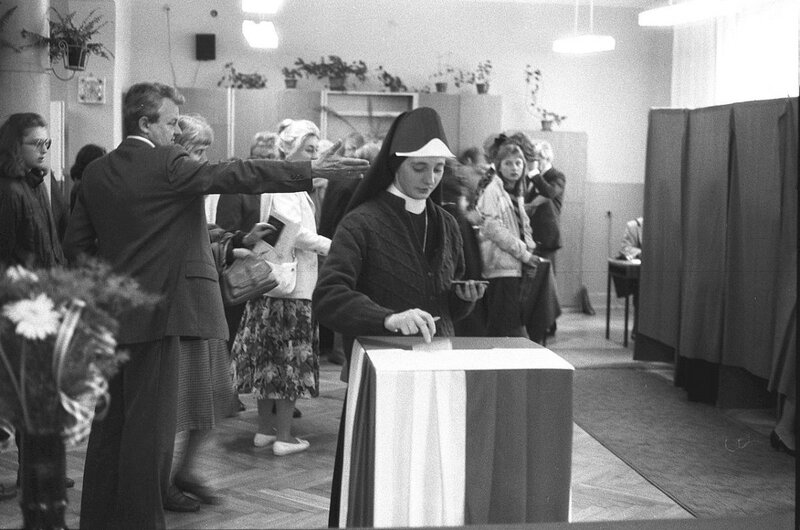 In accordance with the Round Table agreements, the elections were held on 4 June 1989. The communist authorities hoped that organizing elections at such short notice would prevent the “Solidarity” opposition from preparing the election campaign. Meanwhile, local “Solidarity” Citizens’Committees were formed across the country. They printed posters for opposition candidates to the Sejm and Senate, organized election meetings attended by dozens of people  in halls provided by the Church. The opposition was also granted the right to broadcast election programs on radio and television. On 8 May 1989, the first issue of “Gazeta Wyborcza”, a “Solidarity” journal, edited by Adam Michnik was published. The publication of ”Tygodnik Solidarność' was also reactivated. .

The first round of elections on 4 June 1989 brought the victory of the Solidarity Citizens' Committee. The opposition won 160 out of the possible 161 seats in the Sejm and 92 out of all one hundred seats in the Senate. Such a spectacular result proved conclusively that Polish society had had enough of the current system. The communists suffered a terrible defeat. Only two candidates from the so-called national list (35 people from the Polish United Workers’ Party PZPR and its coalition partners) received the required support, i.e. over 50% of valid votes.

Interestingly, the results of the first round of voting surprised both the leaders of the power camp and the “Solidarity” opposition. The latter feared the annulment of the elections. They were also afraid that the communist would resort to force. It must be remembered that the communist party still exercised control over the army and political police. This is probably why efforts were made to tone down the joy sparked by the communists' electoral defeat  which was commonly expressed by Polish society.

All the more so because on 6 June, the units subordinated to the Ministry of the Interior announced a state of increased readiness. This information raised uncertainty among opposition leaders as to further actions which could possibly be taken by the communist authorities.

Originally, the election ordinance did not provide for the possibility of the candidates from the national list who had not obtained the required number of votes in the first round to take part in the second round. However, with the consent of the “Solidarity” party, on 12 June 1989 the communist Council of State issued a decree amending the electoral law, which provided for the transfer of 33 seats from the national list to the constituencies and filling them in the second round of elections. The second round took place on 18 June with very low attendance. "Solidarity" won one missing seat in the Sejm and another seven out of eight remaining to be filled in the Senate.

At the beginning of the summer 1989, “Solidarity” failed to take advantage of their great mandate of social trust. It did not decide to courageously take over power. It should also be remembered that some of the opposition boycotted the elections (including "Fighting Solidarity", the Polish Socialist Party - the Democratic Revolution, the Liberal Democratic Party "Independence", the Polish Independence Party). In turn, the Confederation of Independent Poland, although critical of the Round Table arrangements, put forward their candidates.

Democratic changes took place slowly. Throughout 1989, young people representing radical opposition circles (Federation of Fighting Youth, Freedom and Peace Movement, Independent Student Association, the Confederation youth organizations) opposed the agreement with communists, and expressed acute disappointment at the pace of change in the country. They also protested against Wojciech Jaruzelski being appointed President and the presence of Soviet troops in Poland.

In retrospect, it seems that the victory of “Solidarity” in the contract elections of June 1989 was not fully exploited. This resulted in the participation of post-communist elites in public life since the beginning of the Third Polish Republic. The first fully free parliamentary elections in Poland took place on 27 October 1991.

Read "June Elections – the Swan Song of the Polish Communism" by Michał Przeperski on the Next Stop History website.