We present the information about the findings of the investigation conducted by the Branch Commission for the Prosecution of Crimes against the Polish Nation in Warsaw regarding the investigation into the Katyn Massacre. 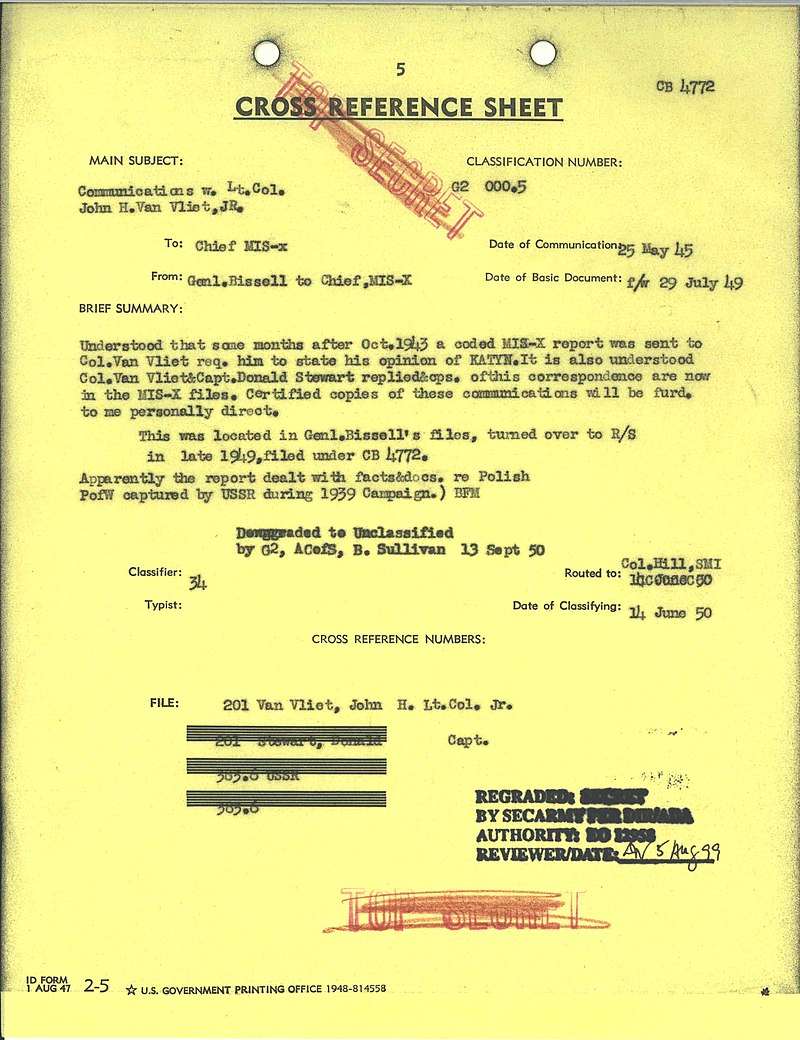 We present the information about the findings of the investigation conducted by the Branch Commission for the Prosecution of Crimes against the Polish Nation in Warsaw regarding the investigation into the Katyn Massacre.

21,768 is the smallest estimated number of victims of the Katyn Massacre. In the course of the investigation conducted by the IPN’s prosecutors, 3,970 witnesses have already been interrogated, and queries of archival documents, photographs and film materials have been conducted in Poland and abroad. The deaths of perpetrators will not stop the work of Polish prosecutors.

• The Katyn Massacre is a war crime against humanity.

• The investigation by the IPN’s prosecutors concerns the killings of no less than 21,768 Polish citizens carried out from 5 March to an undetermined day and month of 1940 on the territory of the USSR by officers of that state, implementing the resolution of the Political Bureau of the Central Committee of the All-Union Communist Party (Bolshevik) taken in Moscow on 5 March 1940

The death of Józef Stalin and other USSR party and state officials responsible for this crime did not constitute a legal obstacle to the instigation of the investigation. This is regulated by the Act on the Institute of National Remembrance.

What does the investigation encompass?

• comprehensive explanation of the circumstances of the case,

• identification of all Polish citizens - victims of the crime – by name

• determining previously unknown places of their execution and burial

• defining the scope of responsibility of each of them

The implementation of these intentions is conditioned by the possibility of collecting full evidence.

The investigation is conducted by a team of two prosecutors from the Institute of National Remembrance – Branch Commission for the Prosecution of Crimes against the Polish Nation in Warsaw. Their work is supported by other IPN prosecutors in eleven Branch Commissions in Poland and their sub-branches.

How is the investigation conducted?

The main activities are:

To date, a total of 3,970 witnesses have been interrogated. Most of them are members of the families of the murdered. Hearings alongside with queries of archival documents, photographs and documentary film materials are taking place in Poland, Ukraine, Germany and the USA.

Do Russia and Belarus help in the investigation?

Polish prosecutors received 148 volumes of copies of these files. Among them ,however, there is no so-called Belarussian Katyn List, i.e. documents containing personal details of 3,870 Poles imprisoned on the so-called West Belarus, murdered as part of the crime.

Neither photocopies of the remaining 35 volumes nor files of the decision of 21 September 2004 to discontinue the investigation were provided.

Due to the passage of time and the rule in the Russian Federation not to extradite its citizens, the Polish Katyn investigation is currently of historical nature and will not ultimately lead to legal trial of perpetrators of the crime. However, this does not affect the importance of these proceedings. According to the prosecutors of the Institute of National Remembrance, our duty  is to reconstruct the circumstances of the crime and determine its perpetrators, both those who made the decision of 5 March 1940, and those who carried it out at all levels of the NKVD. The principle of individualisation of responsibility for crimes applies here - a crime can be committed by a specific person, not by the state or its institution.