Janina Lewandowska - the only servicewoman murdered in Katyn 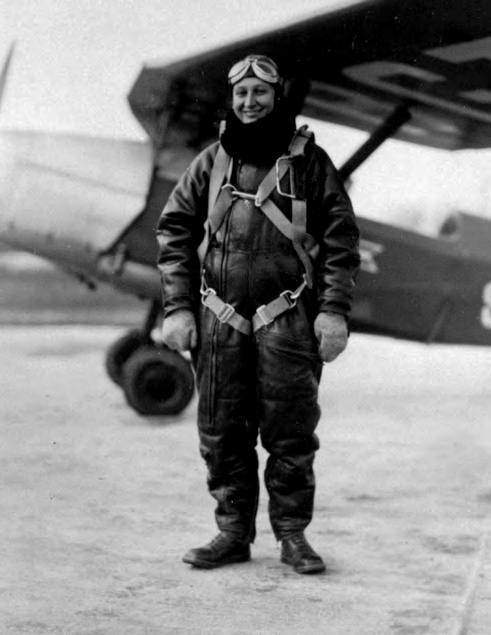 Janina Antonina Lewandowska was born on 22 April 1908 in Kharkiv. She was a Polish World War II pilot killed by the Soviets in the Katyn Massacre. Her father, Józef Dowbor-Muśnicki, was a Polish General. Janina Lewandowska was one of over 20,000 Polish prisoners of war murdered by Soviet troops in the Katyn Forest in an effort to eliminate Poland’s elites.
Early in life, Janina developed three major passions: flying, parachuting and singing. She was said to have been excellent at all three.
As a teenager, she joined the Poznań Flying Club and earned her glider and parachutist certificates. She learned to fly light aircraft by 1937. By age 20, she was the first woman in Europe to parachute from a height of over five kilometers. Shortly before the war began, she married instructor-pilot Mieczyslaw Lewandowski.
In August 1939, Lewandowska was drafted for service with the 3rd Military Aviation Regiment stationed near Poznań, Poland. On 22 September, her unit was taken prisoner by the Soviets. She was one of only two officers in the group; both were taken to the POW Camp for Polish Officers in Kozielsk, Russia.
2nd Lieutenant Lewandowska, née Dowbor-Muśnicka was most likely shot on 22 April 1940, on her 32nd birthday. She was the only servicewoman murdered in Katyn.
In April 1943,Janina Lewandowska's remains were uncovered by the Germans who discovered the mass graves of the Polish soldiers in the Katyn forest.