The decisions made by the Soviet authorities in March 1940 regarded the criminal actions towards the Polish citizens. And they were not limited only to the murder decided on by the Politburo of the United Workers’ Party on March 5th 1940, but had much larger repercussions. 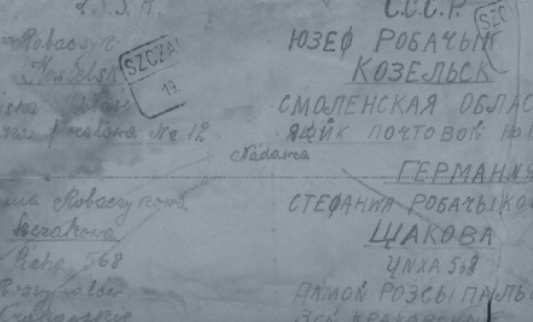 The NKVD – based on, among other things, the surveys filled by those imprisoned in special NKVD camps and prisons at the so-called Western Ukraine and Western Belarus as well as on the correspondence between the prisoners and their close ones and on interrogations – had the up to date addresses of their families. Thus, the proscription lists were created: the lists of people who were to be sent deep into Soviet Russia.

Deportations of families, depolonisation of the Borderlands

The biggest deportation of families of those condemned to death due to the so-called Katyń decision has to be the deportation conducted in April 1940. The short time between the decisions made on March 5th and March 7th is worth reflecting on. According to the directive 892/B of the people’s commissar for internal affairs, Lavrentiy Beria from March 7th 1940, addressed to the people’s commissars of the Ukrainian Soviet Socialist Republic and the Belarusian Soviet Socialist Republic, the operation of deporting families of the people kept in special NKVD camps and in prisons in western Ukraine and Belarus was initiated. However, it should to be emphasized that the relatives of the victims were deported earlier and later too: the families of the imprisoned settlers and foresters in February 1940; refugees from central Poland in June and July 1940; relatives of the formerly arrested members of “anti-revolution organisation” - in May and June 1941.

The deportations of families were aimed at sending away the unsure elements from the Eastern Borderlands of the Second Polish Republic for slave labour. It was a planned economical strategy, bringing certain advantages to the authorities, to Communism. Through deportations, those who remembered the Victims were also spread out from a small concentrated area to the large territory of Soviet Russia. The deported had to work in special reservoirs for ten or twenty years. The time of their sentence was proportional to their physical capabilities of survival of the working and living conditions in places to which they had been sent. They were never to return to their homes: immediately after they were sent away, new population, supportive of the Communist system, was re-settled in their place.

For the specialised police-administrative apparatus, the fate of the deported masses was nothing more than a means to achieve their plans. While they were conducted, the “bureaucracy of death” was taking place. Deaths, as they were seldom reported, were stripped of the human tragedy and somewhat dehumanised. The reports prepared by the Soviet officers became as morally neutral as production or trade losses. However, the bureaucratic bookkeeping of deaths does not lessen the horror of the situation through removing the suffering from its descriptions but rather strengthens it. Due to these activities, the nation structure of the Polish Eastern Borderlands was changed.

Those who experienced the deportations deep into Soviet Russia forever remembered the gruesome imagery. Without doubt, it would be easiest to portray that cruel reality in plain, black colours. Nonetheless, those who survived the forced relocations emphasize that they also had happy memories, the feeling of unity with their relatives or even being admired by the local communities for their ability to withstand difficult situations. They often recall the most basic human instincts and appeal to remember those who helped them survive; they stress that good and evil were not bound by nationality or religion.