For many years, the term Katyn Massacre denoted the NKVD's murder of Polish prisoners of war from the Kozelsk camp in Katyn near Smolensk. 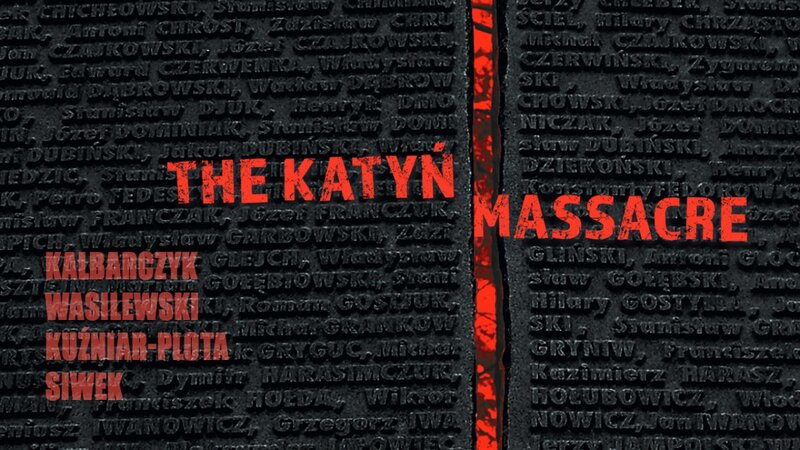 It was in Katyń, in 1943,where their buried corpses were discovered, which gave rise to coining this term. In the early 1990s, this concept was no longer understood as a specific place, taking  on a symbolic meaning. It was confirmed then that the NKVD also shot prisoners from the camps in Starobelsk and Ostashkov. The resolution of the Political Bureau of the All-Union Communist Party (Bolshevik) of 5 March 1940 was also disclosed. It implied that the murder of prisoners of war was part of a broader extermination campaign, which also affected thousands of civilian Polish citizens imprisoned in NKVD prisons after the USSR aggression of 17 September 1939. Given the new facts, the term "Katyn massacre" began to mean the murder of nearly 22,000 Polish citizens (14, 700 prisoners of war and 7,300 prisoners), based on the March resolution of the Soviet Politburo.

The road to the Katyn massacre was paved by the Soviet Non-Aggression Treaty of 23 August 1939. In its wake, on 17 September 1939, the USSR attacked Poland, following in the footsteps of its German ally, who had done this over two weeks earlier. The aim was to seize the Polish lands extending east of the Narew, Vistula, and San rivers, which had been awarded to the USSR in the August collusion. The Red Army heading west captured Polish soldiers and policemen, and handed them over to the Soviet political police. The officers were gathered in camps in Starobelsk and Kozelsk, and the policemen were imprisoned in Ostashkov. For several months, the Soviets attempted to break the patriotic spirit of the prisoners, subjecting them to intense communist propaganda. It did nothing: the prisoners remained loyal to the Republic of Poland, considering the Soviet state as an aggressor against whom they should fight. Not only them. Also thousands of those officers and policemen who escaped captivity and remained on the Eastern Borderlands of the Second Polish Republic occupied by the Soviet Union. They took up the fight against the occupier, forming underground organizations, which after the Soviet aggression on Poland began to spring up like mushrooms. Unfortunately, a significant part of them was quickly broken up by the NKVD, and the gates of Soviet prisons closed behind thousands of conspirators.

On 5 March 1940, the head of the NKVD, Lavrentiy Beria, decided to resolve the issue of "anti-Soviet" prisoners of war and other prisoners. Recognizing that they were "fierce and unprofitable enemies of the Soviet power," he proposed to the Political Bureau of the Bolshevik Party to shoot all 14,700 prisoners of war and 11,000 prisoners. On the same day, the Politburo adopted a resolution accepting this proposal. Clearly, its essence was the extermination of those who were determined to actively fight against the Soviet aggressor in order to rebuild the Polish state. The machine of terror started immediately. Already at the end of March 1940, prisoners detained on Poland’s Easter Borderlands would be taken to prisons in Kiev, Kharkov and Kherson in Ukraine and Minsk in Belarus. In total, 7,300 were shot in these prisons - less than originally decided by the Political Bureau. In turn, prisoners of war were taken from the camps in the first days of April 1940. The place of execution and burial of 4,400 of prisoners of war from Kozelsk was a forest near the town of Katyn, near Smolensk. Their brothers-in-arms from Starobelsk (3,700) were taken to Kharkov and deprived of life in the building of the local NKVD Board. Their corpses were buried near the Piatichatka settlement near Kharkov. 6,300 prisoners from the Ostashkov camp were murdered in the NKVD Board building in Kalinin. Their corpses were transported to the forest near the village of Mednoye near Kalinin and buried there.

Thousands of the most valuable representatives of Polish society fell victim to the Katyn massacre - which has remained an irreparable loss. The idea behind the crime, i.e. devastating Polish independence aspirations, failed, however.