It was our national duty to establish this day, Dr. Mateusz Szpytma on the Remembrance Day of Poles Rescuing Jews under German Occupation

Poles are the nation which has the biggest number of trees in Yad Vashem site. And yet not only in the world, but even in Poland, it was difficult for this fact to enter the collective consciousness. Perhaps people lacked individual human stories, which would show the heroism of individuals and even entire families, who risked the lives of their loved ones, including young children. 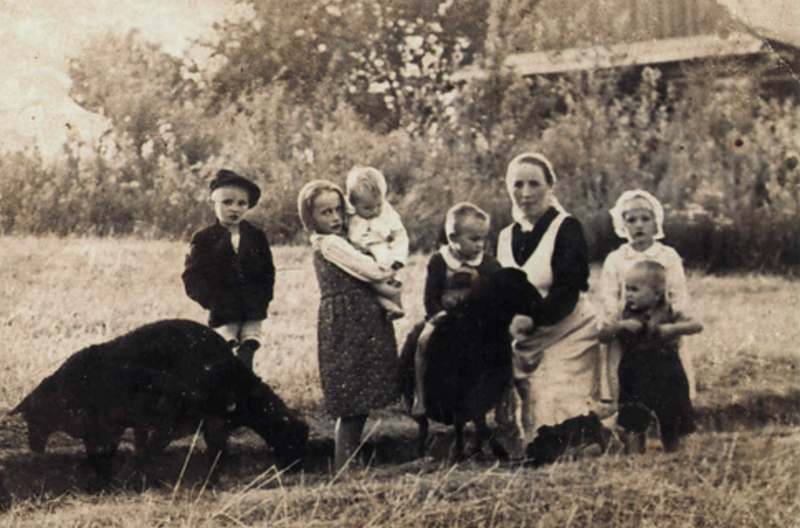 A symbol as well as a patron of the Museum is the family that was shot by the Germans in 1944 together with eight Jews they hid - from the Goldman, Didner and Gruenfeld families. Józef and Wiktoria Ulma had six children, Wiktoria being in labour with the seventh at the time of the execution. The whole family has undergone the beatification process.

We are very lucky that a lot of souvenirs and photos of  the Ulma family have been left.  We are also in possession of procedural documents relating to the perpetrators, and files of the Polish resistance talking about this crime. It should also be noted that before the outbreak of World War II the Ulmas, with little money to spare, were willingly involved in social activities. The would support the local community, e.g. by providing gardening tips and other forms of help.

We should not think that the Ulmas were an exception. In their case, it is unique that a lot of photos and other family mementos and documents confirming the crime have been preserved. We know a lot of other families who saved Jews and who lost their lives as a result. In many cases, testimonies of many Jews, Poles, and other documents and artifacts have survived to this day.

It was our national duty to establish the Remembrance Day of Poles Rescuing Jews under German Occupation. 24 March is a symbolic date. It was on this day in 1944 that the Germans murdered the Ulma family and the Jews they hid -  from the Goldman, Didner and Gruenfeld families.

Aiding Jews during World War II ivolved perhaps even more risk than participating in the resistance, e.g. in the Home Army. The National Remembrance Day of Poles Rescuing Jews under German Occupation, celebrated all over Poland, is a tribute to those who, during that difficult period and despite the threat of the death sentence, decided to help their fellow citizens of Jewish origin.

If we look at German repressions against Poles, for example, in the case of the Home Army, they usually concerned those who were active in the armed resistance; sometimes the family of the conspirator was also repressed. However, in a situation where someone was involved in helping Jews, the rescuer would be killed alongside with his entire family, and sometimes even neighbours.

Some of the Polish Righteous are still alive. This is the last moment to pay tribute to them. Remembering those who passed away, we can also thank those who are still with us.

During the years of the Polish People's Republic there were periods of interest in this subject, but this was not always pursued for idealistic reasons, such as in 1967-1968. At the beginning of the Third Polish Republic, in the wake of losing interest in history, the heroes of the past, including the Righteous, remained on the margins of social life.

It is worth recalling the efforts of the Polish government-in-exile aiming to show the unprecedented scale of the crimes committed on the Jewish nation during World War II among the world community. It also tried to mobilise the Allies for various actions, such as the bombing of the railroad tracks leading to the KL Auschwitz-Birkenau German camp.

The "Żegota" Council for Aid to Jews with the Government Delegation for Poland was active in German-occupied Poland from 4 December 1942. The organisation aided around 12,000 Jews, and some of them survived World War II. It was assistance provided by people and institutions related to the Polish state.

In Poland, there was institutional care, e.g. of religious orders, especially the female ones of the Catholic Church, or of various political circles. In some cases, such as the Congregation of the Franciscan Sisters of the Family of Mary, the orders cooperated in this work with the Polish Underground State.

The Polish government initiated, supported or authorized various types of activities conducted by its officials or diplomats. Among the latter were the employees of the Embassy of the Republic of Poland in Bern in Switzerland, headed by the ambassador, Alexander Ładoś, who made false entries in illicitly acquired real Latin American blank passports. Thanks to this one diplomatic mission cooperating in this work with Jewish communities, at least 1000 Jews were saved, our embassies in other countries being also involved.

Given such a drastic threat, which was the death penalty, it can be said that many Poles decided to help; it will be different if we look at the scale of needs - then you can say that it was too little.

Due to the fact that for a long time after the war no research on this subject was carried out, we are unable to identify the majority of the names of those who rescued Jews. We know about 10,000 of them. In the future, it may be possible to establish several thousand, but this requires many years of systematic work not only in the Polish archives, but also in the German, Israeli and American institutions.

We are also not sure how many Jews were saved. The number is usually assessed at about several tens of thousands. However, the number of people who lost their lives for helping Jews was estimated quite accurately. About 1000 people perished in consequence, and I do not think that these findings will change significantly in the future.