Epidemic in Wrocław in 1963

We remind you the history of the 1963 epidemic of smallpox in communist Poland. 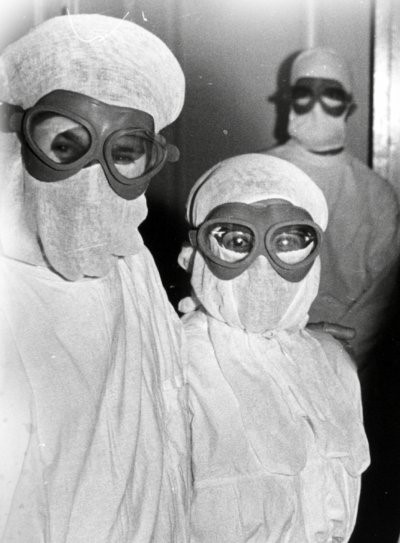 Wrocław has been affected by epidemics many times in its over 1000 year history. Apart from the current one, the last time an epidemic was brought to the city by a lieutenant colonel of the communist Security Services, returning from Asia. He was the "zero" patient of smallpox (variola major) epidemic in Wrocław in the summer of 1963.

In the spring of 1963, a Security Services officer - Lieutenant Colonel Bonifacy Jedynak - visited India. Nobody thought that in addition to souvenirs, he would bring smallpox virus to Poland. Jedynak returned to the country on 25 May 1963, landing at the Wroclaw Strachowice airport. Four days later he felt unwell. He had chills, muscle aches, fever, "strange acne lesions" on his face, and "rubella rash" on his chest. On 2 June he was hospitalized at the Wroclaw Ministry of the Interior hospital in Ołbińska Street with an "unknown tropical disease". Three days later, his blood samples were submitted for examination at the Tropical Medicine Centre in Gdańsk. Unfortunately, he was wrongly diagnosed with malaria.