The IPN’s Janusz Kurtyka “History Point” Educational Centre organized workshops in connection with the ongoing "Treblinka in the Eyes of Samuel Willenberg" exhibition. Ada Krystyna Willenberg – the guest of honour during the opening of the exhibition and the workshops on 29 January - met with the young people participating in the classes. 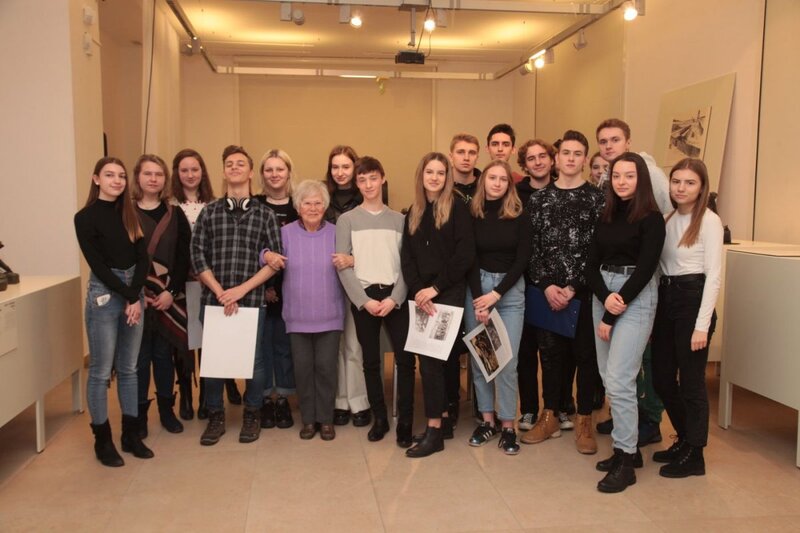 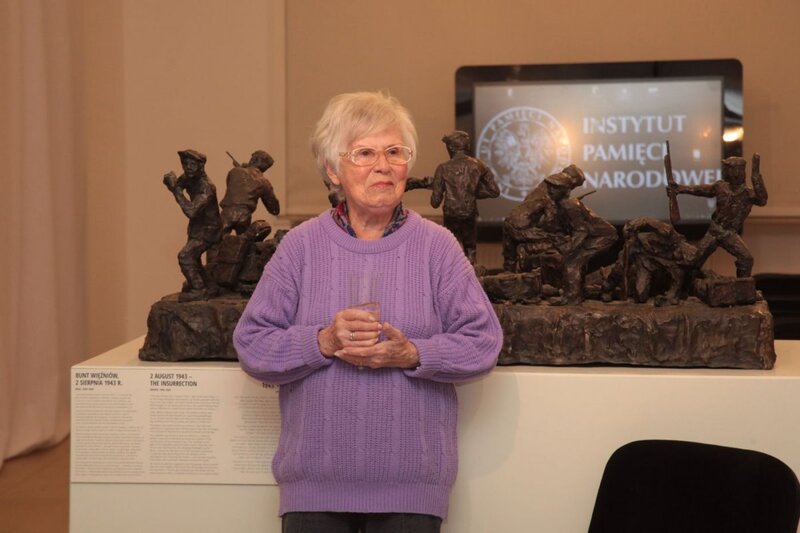 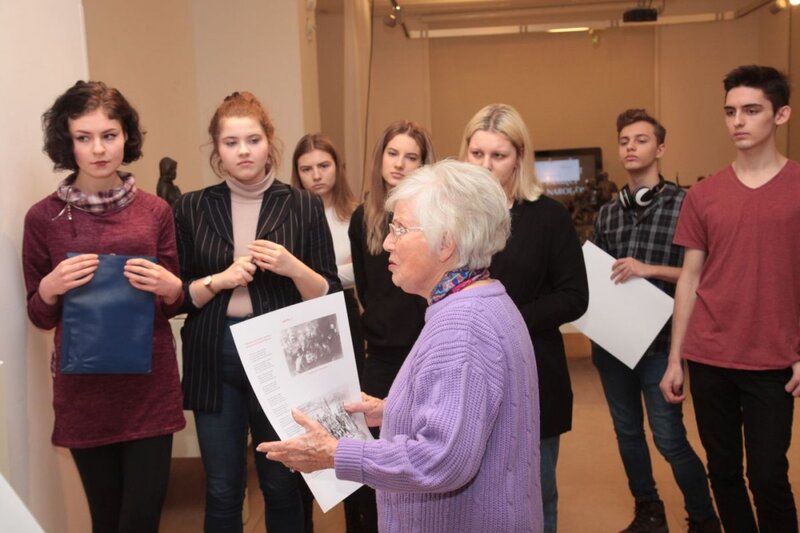 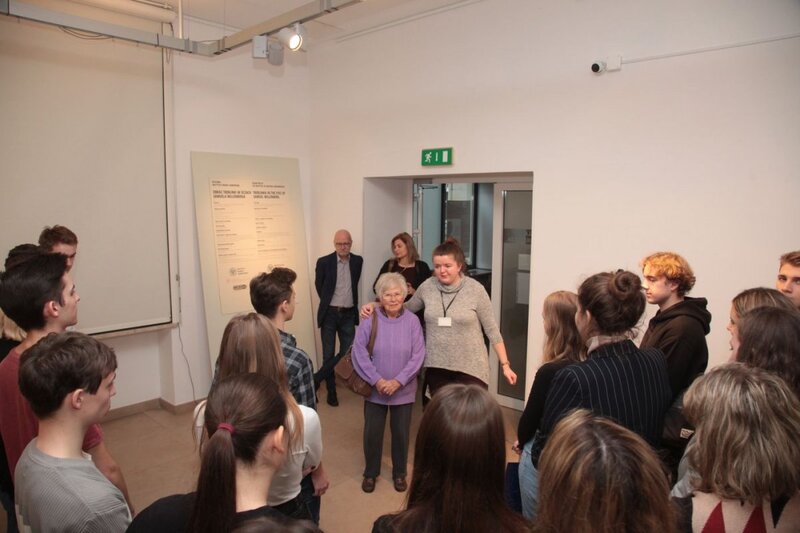 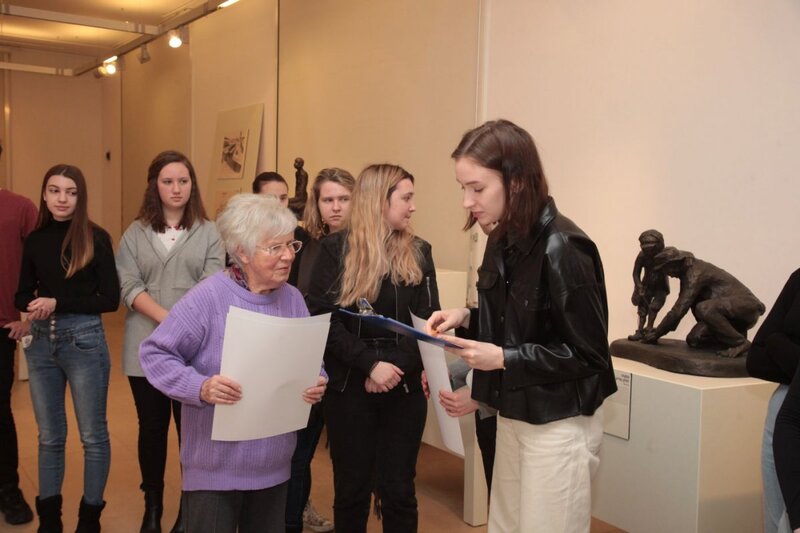 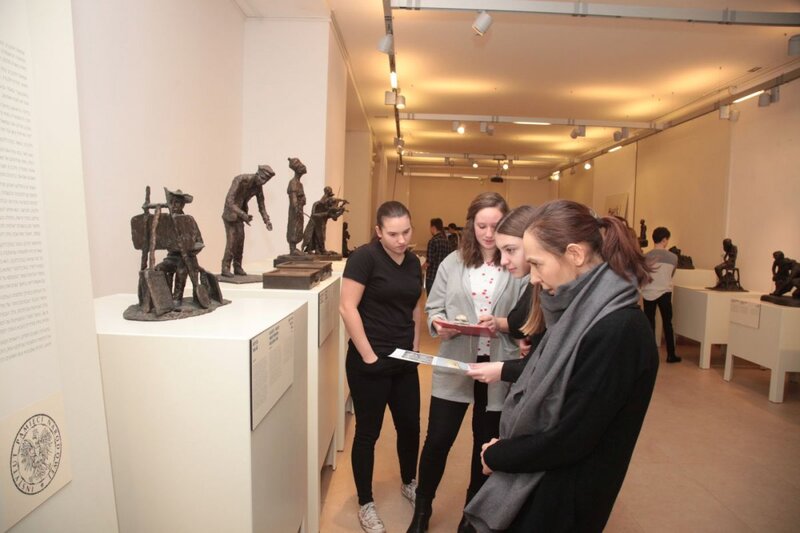 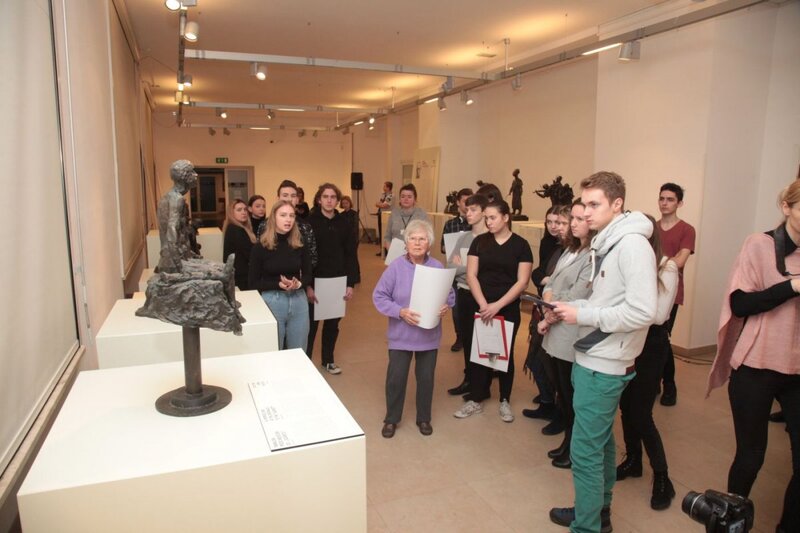 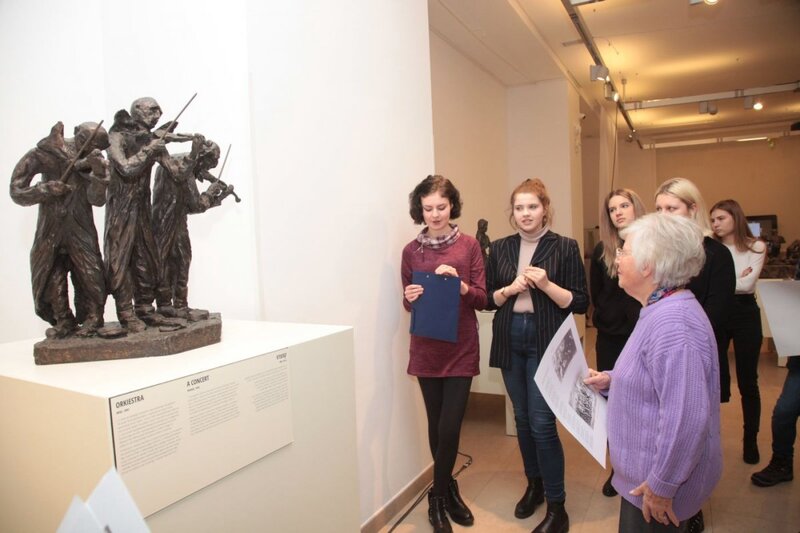 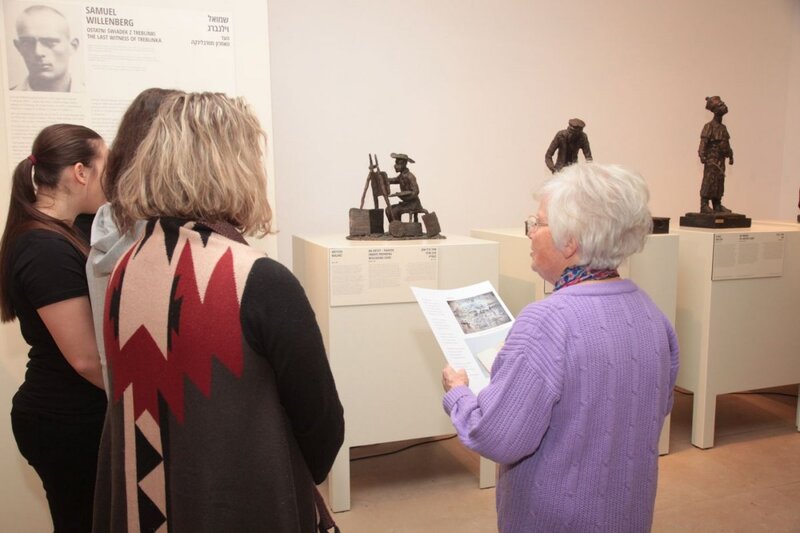 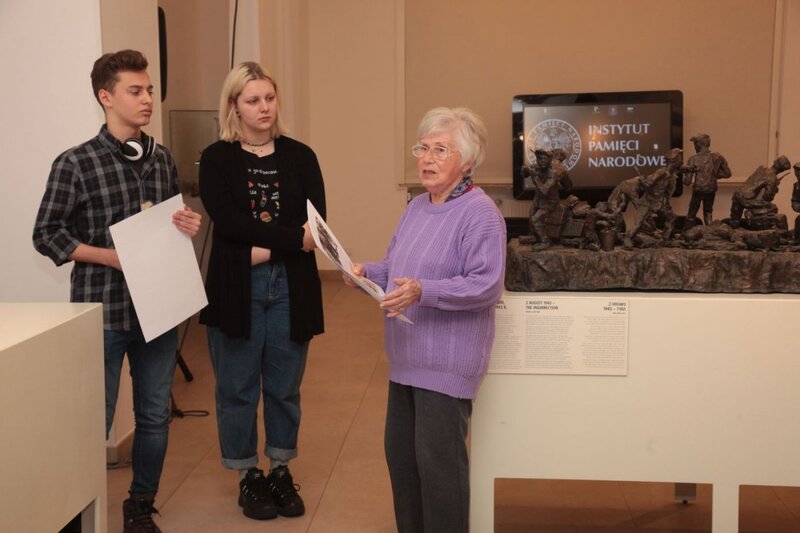 The workshops, prepared by our educators for high school students, were focused around the "Treblinka in the Eyes of Samuel Willenberg" exhibition which is currently on display at the IPN’s educational centre. The sculptures depict both specific situations and individuals whom Willenberg met during his 10 month stay at the Treblinka "death factory".

The workshops consisted of two parts. The aim of the first was to introduce the students to the topic of the classes, to point out that the victims of the Holocaust were not only people who died in ghettos or extermination camps, but also those who survived the war. These people remembered the images they saw and the traumatic memories of these places for the rest of their lives. For many of them, just like for Samuel Willenberg, they became an impulse for creativity. The students watched a fragment of the document "Treblinka's Last Witness" produced by WLRN, which presented the fate of Samuel Willenberg in the Treblinka camp from the moment of his arrival along with 6,000 other Jews until his escape during the prisoners’ rebellion on 2 August 1943.

During the second part of the workshop, the students were divided into teams. They received materials containing poems, photographs, paintings and testimonies from the Holocaust. Their task was to identify the sculpture on display which best corresponds to the materials they had received. Then they were asked to justify their choice, presenting the emotions and the fate of a particular character.

The most moving moment for the students was the opportunity to meet with an exceptional guest - Ada Krystyna Willenberg, Samuel Willenberg’s wife. During her stay in Poland, she wanted to meet Polish youth and learn about the activity of the IPN’s “History Point" educational centre. Ada Willenberg paid a lot of attention to the students' reflections on particular sculptures, she told the students about her late husband and his work as well as the traumatic experiences of the Second World War. The students’ involvement and their thoughts and feelings in connection with the sculptures as well as their insights into Samuel Willenberg’s works were one of the most emotional moments of the classes.

Both the students and their teachers unanimously claimed that these types of workshops are an excellent tool for historical education, and that the meeting with Ada Willenberg had been an unforgettable experience for them.

Further worshops for high school students will be taking place at the IPN’s ”History Point” educational centre in Warsaw until the end of March.

Samuel Willenberg's sculptures can be viewed free of charge at the IPN’s ”History Point” until the end of March.