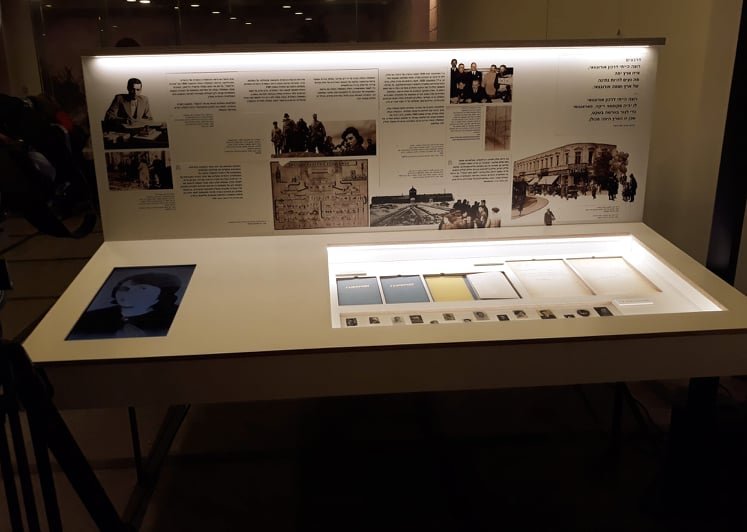 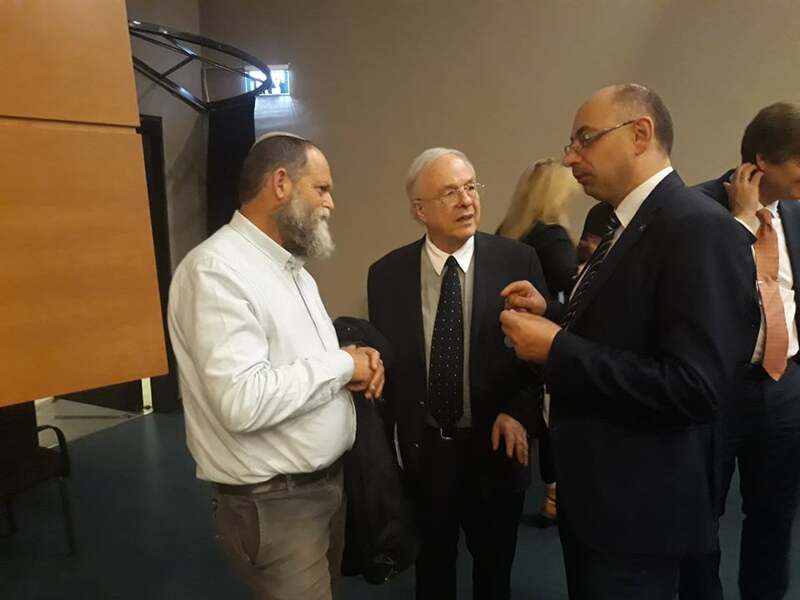 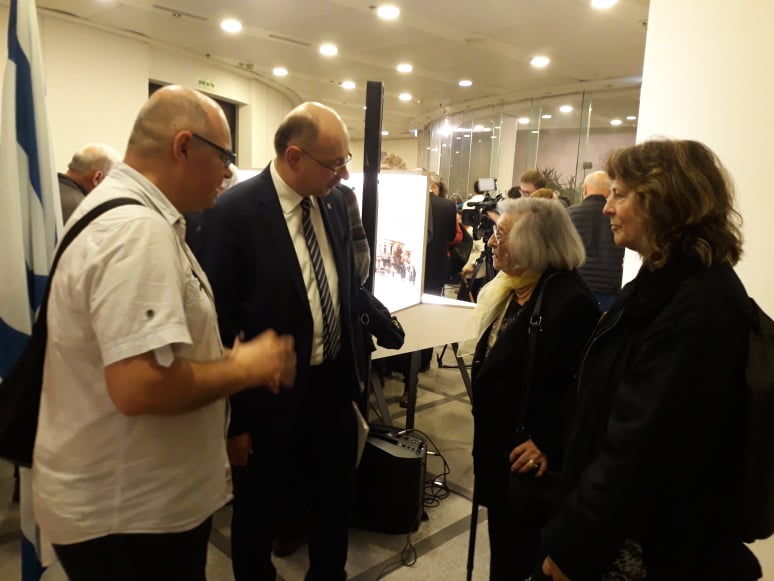 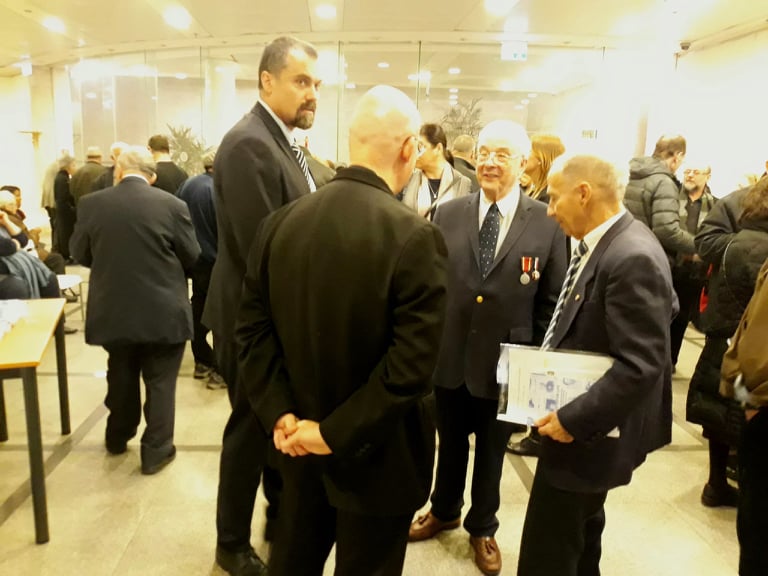 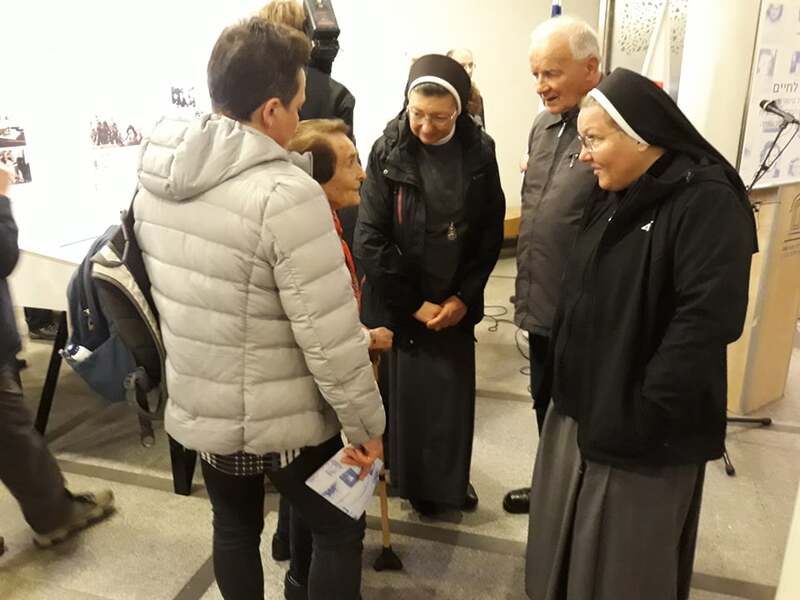 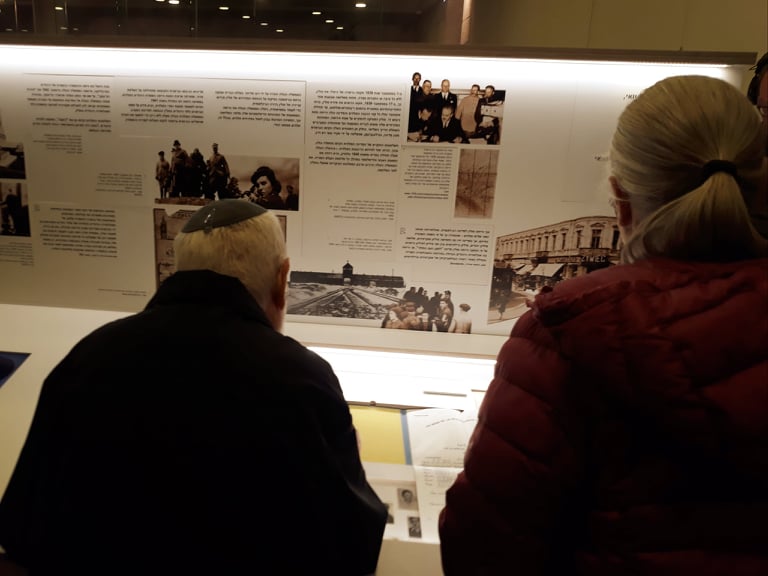 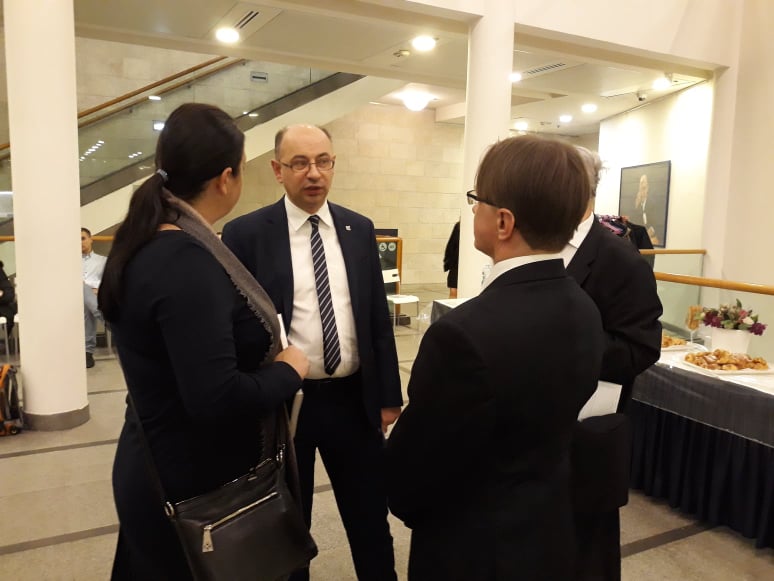 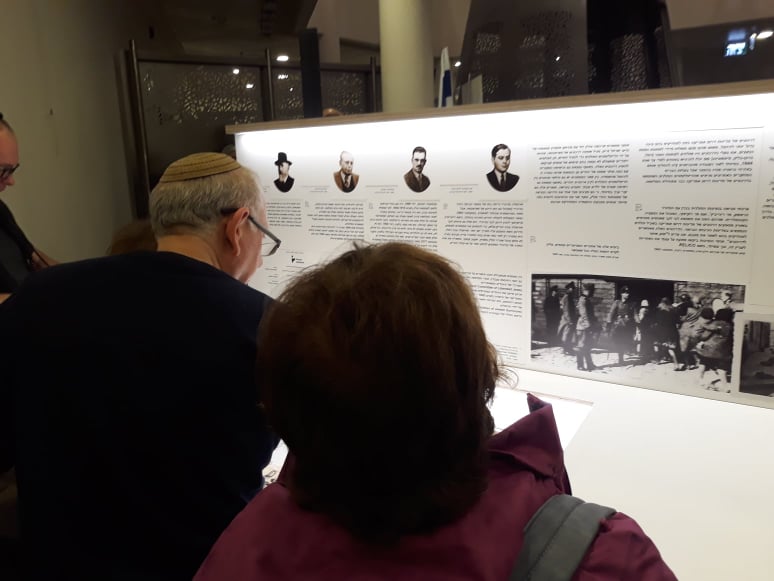 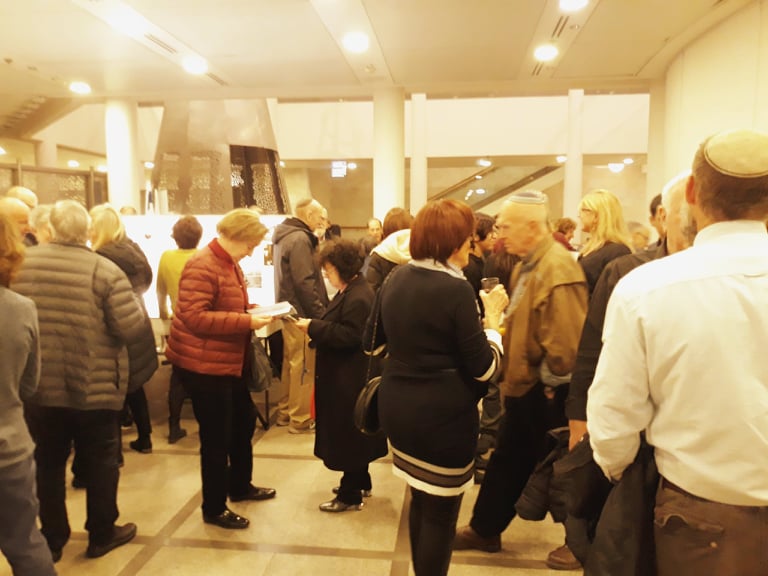 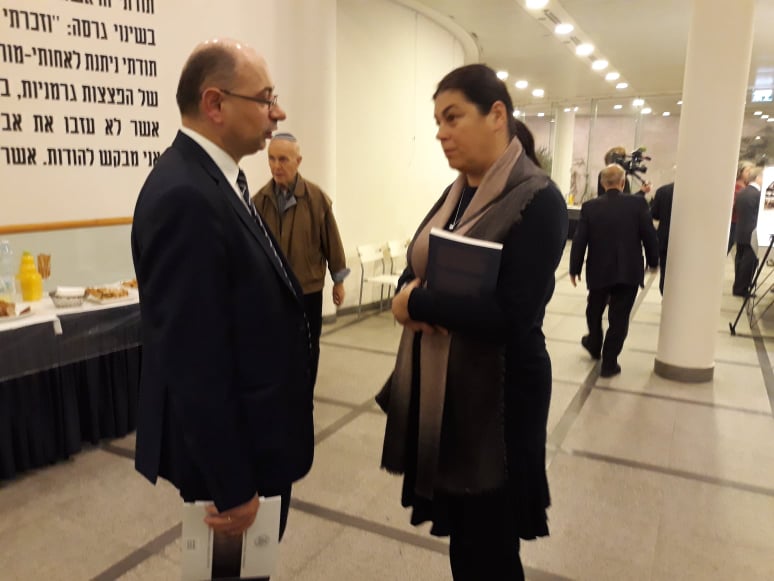 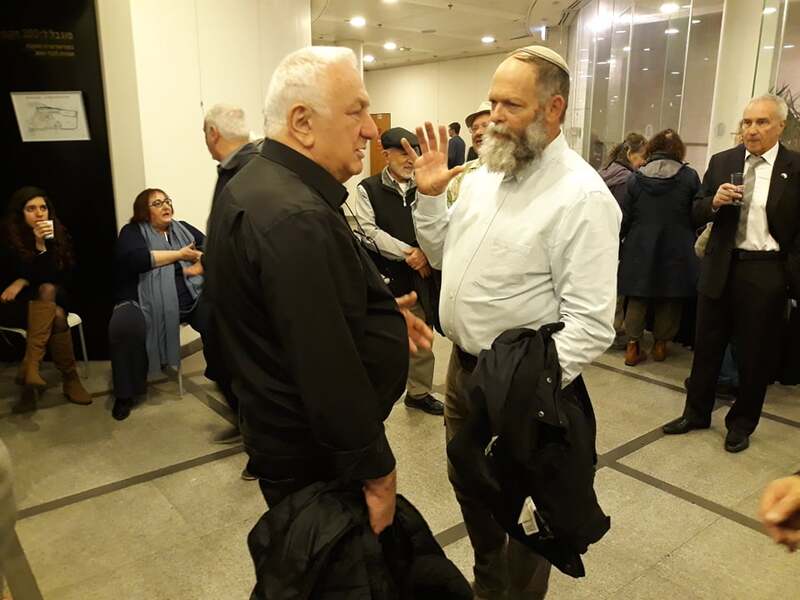 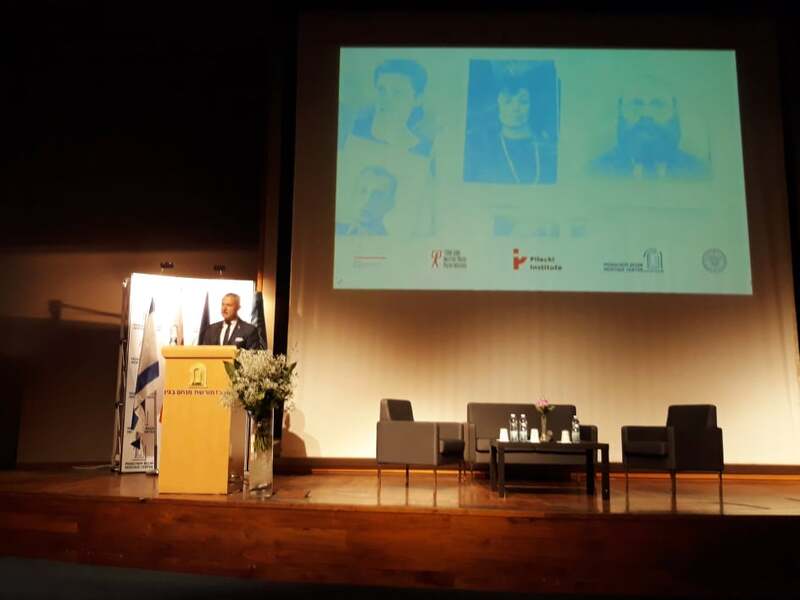 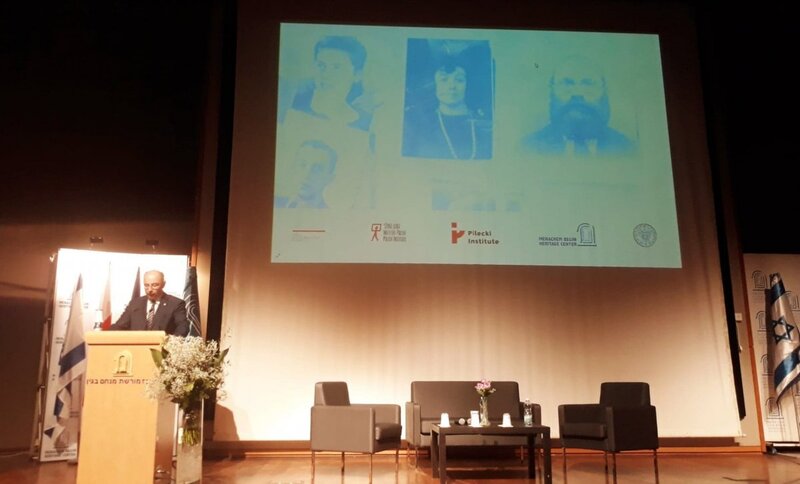 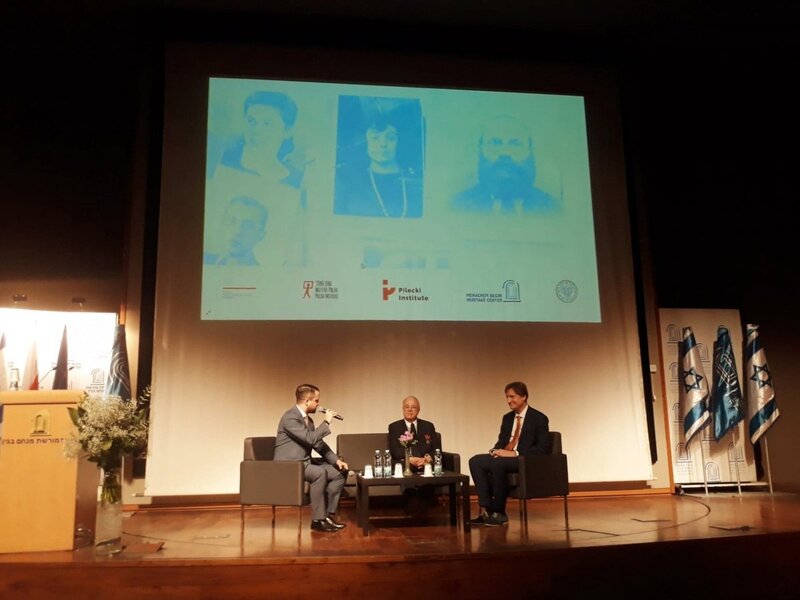 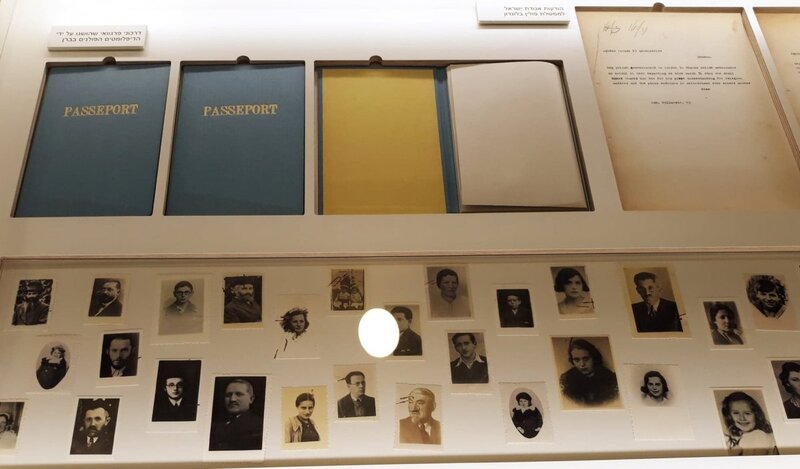 Representatives of the Institute of National Remembrance - Deputy President Dr Mateusz Szpytma and Agnieszka Jędrzak, Head of the IPN’s Division of International Relations, took part in the opening of the exhibition prepared by the Pilecki Institute :"Passports for life", devoted to Polish diplomats who saved Jews during World War II, and in the screening of the "Passports to Paraguay" film produced by the Institute of National Remembrance, depicting these events. The screening was followed by a  panel discussion. The event took place on 15 December 2019 in Jerusalem.

The ceremonial opening of the exhibition and the film screening was also attended by the Deputy Director of the Pilecki Institute in Warsaw Anna Gutkowska, the Polish Ambassador to Israel Marek Magierowski, representatives of the Polish Institute in Tel Aviv, as well as the President of the Menachem Begin Heritage Center, Herzl Makov. Markus Blechner, the Honorary Consul of the Republic of Poland in Zurich and the Ambassador of Paraguay to Israel, Max Haber Neumann were also present.

In his speech Dr Mateusz Szpytma, Deputy President of the Institute of National Remembrance said:

First of all, I would like to cordially thank you for inviting me to today's ceremony. I am even more grateful because of the fact that today you are showing a film produced by the Institute of National Remembrance, entitled ''Passports to Paraguay". I do not know whether it has been intended by the organizers or not, but today's event is taking place just a few hundred meters from the grave of Oskar Schindler. I hope that the Alexander Ladoś group and the so-called Ładoś list will become as well known in Israel and in the world as Schindler's list.

Importantly, the Ładoś group consisted of Poles and Jews, and the whole action of saving Jews during the German occupation was undertaken in consultation with the Polish government-in-Exile. With the same government, thanks to which Menachem Begin, the patron of this institution, was rescued from Soviet hell. And thanks to the army of the Polish government, which was commanded by General Anders, Menachem Begin came here, to Eretz Yisrael, to co-create this state.

Let me also take this opportunity to thank the Menachem Begin Heritage Center, for their hospitality. I am also delighted that Shai Segal, the son of the late Abraham Segal who was saved by Poles from the Holocaust in my hometown of Markowa, is taking part in this ceremony. I am convinced that by commemorating our common Righteous heroes we can look forward with hope to good relations between our countries and nations.

In the years 1942-1943, an informal group of Polish diplomats and activists of Jewish organizations operated in the Polish legation in Bern. Together, they obtained South American passports. The fake documents were sent to Jews in occupied Europe, who thanks to the passports were able to avoid being transported to German extermination camps. Aleksander Ładoś, Stefan Jan Ryniewicz and Juliusz Kuhl belonged to the group operating at the Polish legation in Bern. Adolf H. Silberschein and Chaim Eiss played a huge role on the part of Jewish organizations. The members of the group were involved in the production of illegal passports since at least 1941 and continued their activities until the end of the Holocaust. The families of many survivors have only recently found out who their relatives really owe their lives to.

The ceremonial opening of the exhibition and the film screening will also be attended by the Director of the Pilecki Institute in Warsaw Wojciech Kozłowski, the Polish Ambassador to Israel Marek Magierowski, representatives of the Polish Institute in Tel Aviv, as well as the President of the Menachem Begin Heritage Center, Herzl Makov.