The President of Poland Andrzej Duda and the President of the IPN Jarosław Szarek honored martial law victims by lighting the "Light of Freedom"on 13 December 2019, at 7.30 p.m. in front of the Papal cross on Józef Piłsudski Square in Warsaw. 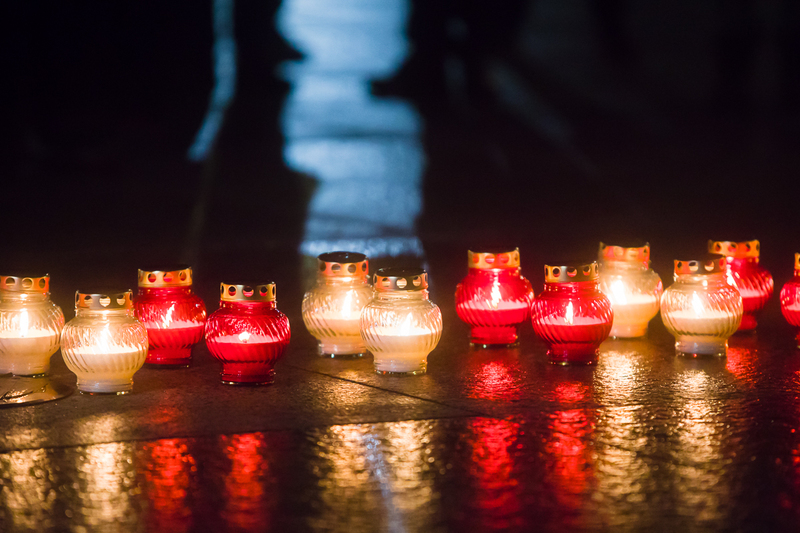 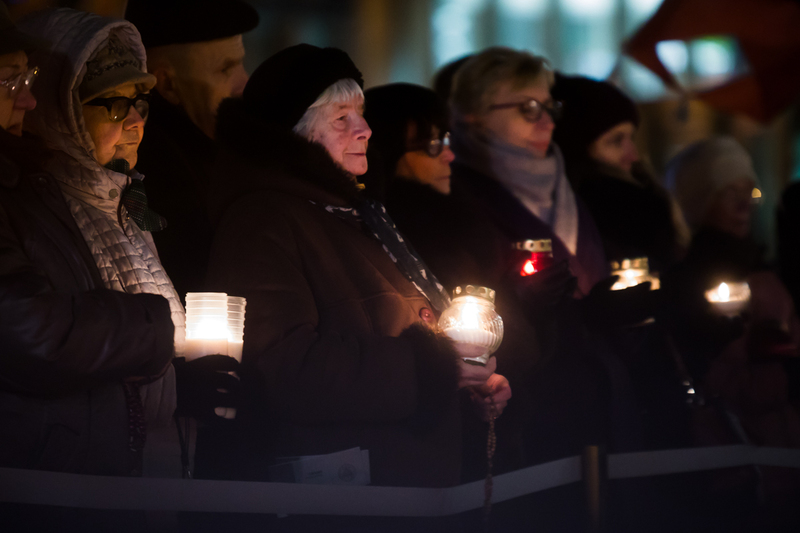 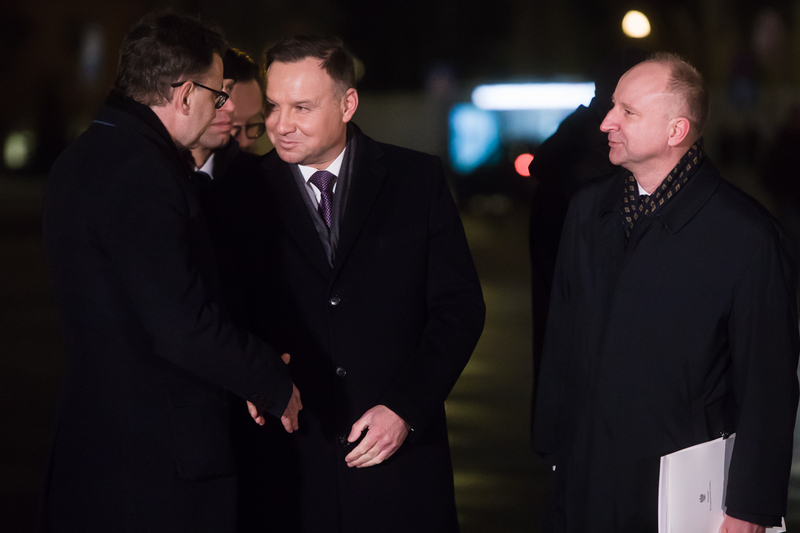 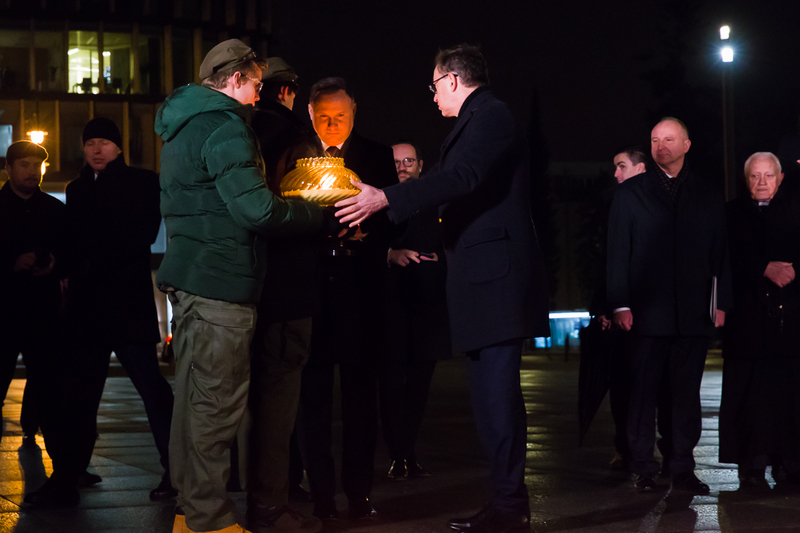 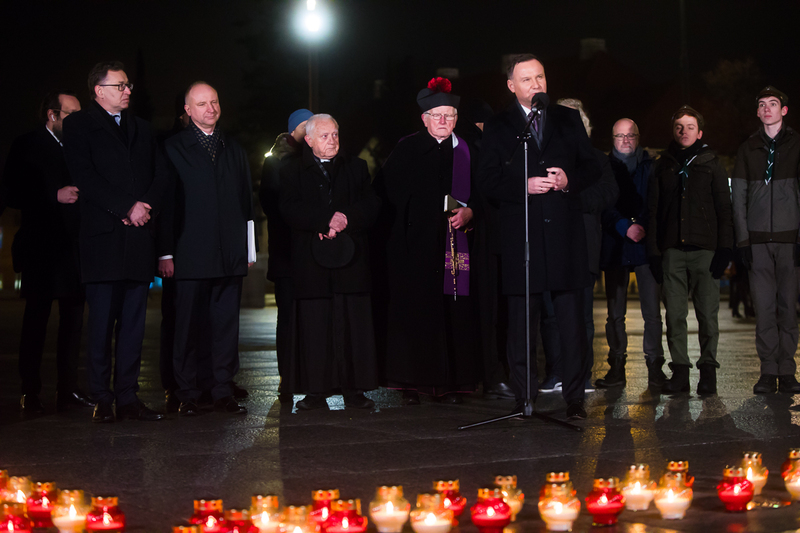 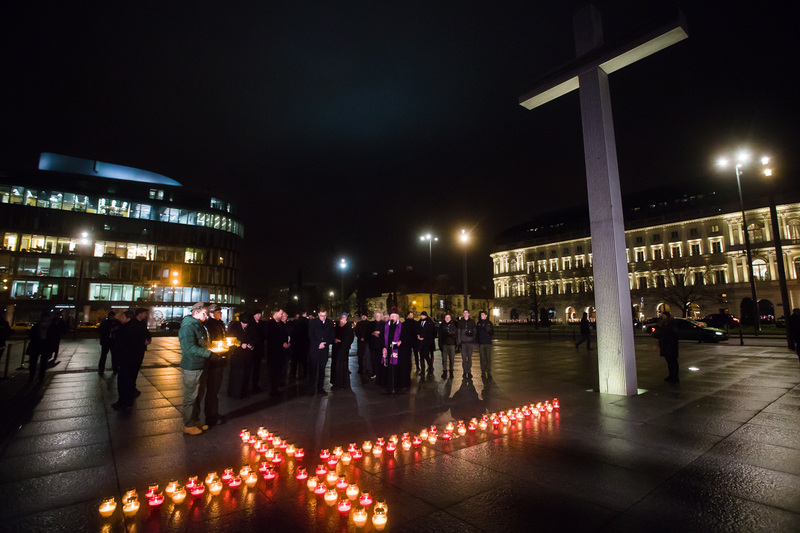 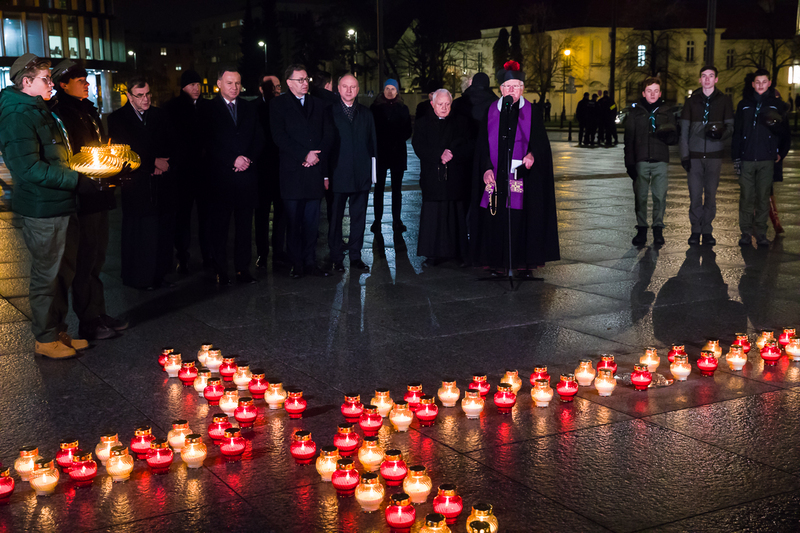 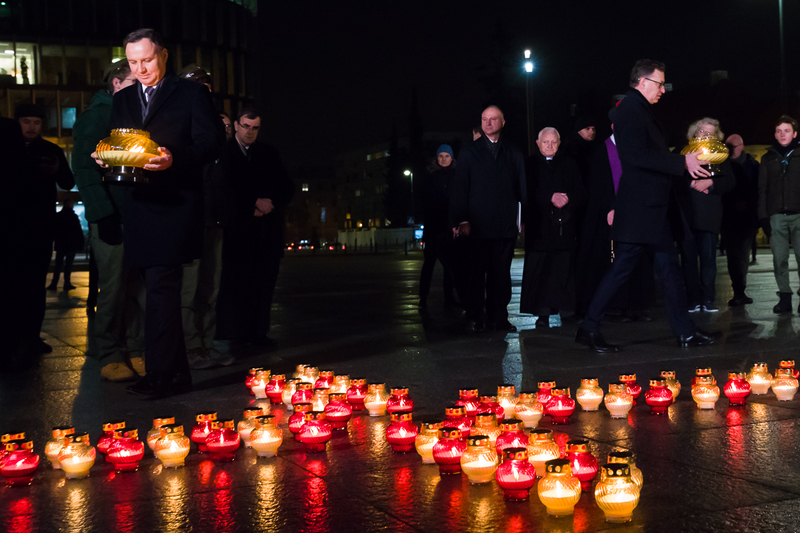 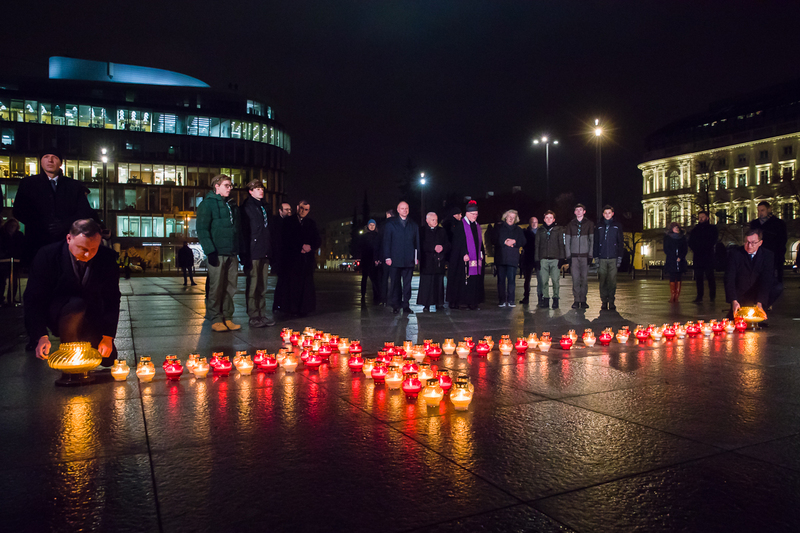 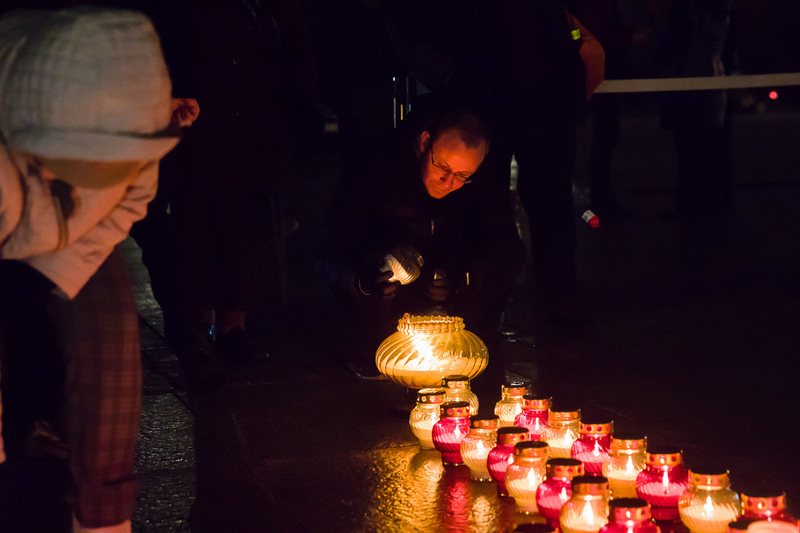 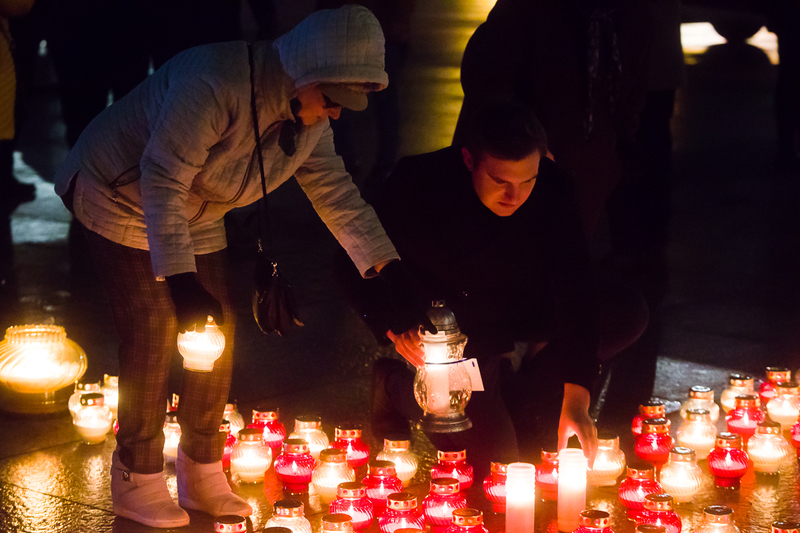 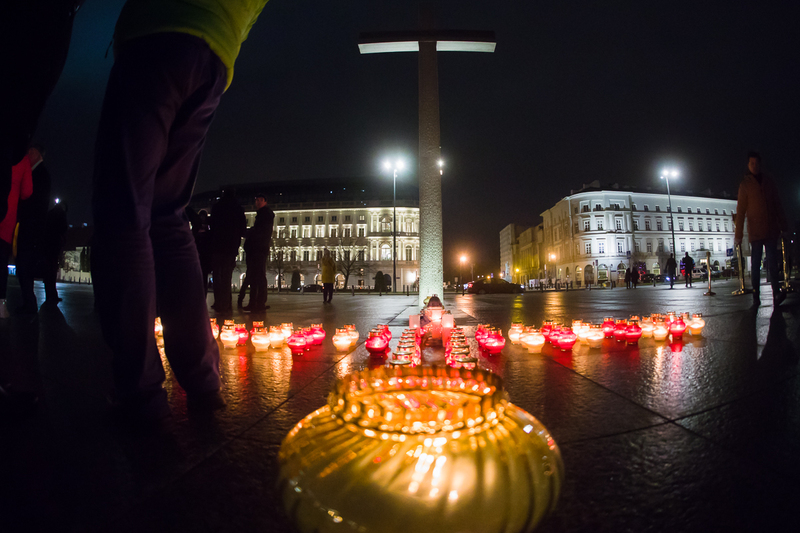 On Friday evening on J.Piłsudski Square, President Andrzej Duda said that martial law is often underestimated today in order to diminish the criminality of the actions of those who then persecuted the Polish nation. We should not forget about those who said "no" to the communist authorities. - That is why we must remember, because it is an extremely important page of our history, and all those who fought for a free Poland, and above all for the freedom of us, Poles, are eternally recorded in our history - emphasized Andrzej Duda.

President Andrzej Duda was accompanied by the President of the Institute of National Remembrance, Jarosław Szarek. For several years, the IPN has been promoting the "Victims of Martial Law. Light the Light of Freedom "campaign and encouraging people to light a symbolic candle on 13 December in tribute to martial law victims.

If you were unable to attend the ceremony personally or place a candle in your own window in solidarity,  go online to light a virtual candle at http://swiatlowolnosci.ipn.gov.pl. The Institute has moreover prepared numerous commemorative and educational activities throughout the country.

This year’s edition of the educational campaign "Victims of Martial Law. Light the Light of Freedom" was launched, as in previous years, under the honorary patronage of the President of the Republic of Poland, Andrzej Duda. The campaign carried out by the Institute of National Remembrance aims to commemorate all those who lost their lives or otherwise suffered as a result of Martial Law introduced on 13 December 1981. IPN’s branch offices throughout the country have prepared commemorative and educational activities.

The "Victims of Martial Law. Light the Light of Freedom "campaign initiated by the Institute of National Remembrance a few years ago, refers to the gesture of placing candles on the windows, through which, in the early eighties, Poles, but also other inhabitants of the Free World, expressed opposition to the brutal policy of the authorities of the Polish People’s Republic and solidarity with thousands of internees and their families. The then US President Ronald Reagan called upon the Americans for a similar gesture of unity with the victims of Martial Law.

- This year's Christmas brings little joy to the brave Polish nation. The Poles were betrayed by their own government. Those who rule them and their totalitarian allies are afraid of freedom, which Poles love so much. At the first signs of freedom, the rulers responded with brutal force, murders, mass arrests and the formation of internment camps - he said during his Christmas message. (…) Let the light of millions of candles in American homes be of  notice that the light of freedom is not going to be extinguished. - said the President.

In the act of solidarity with the suffering compatriots, John Paul II decided that a symbolic light should appear in the window of the Apostolic Palace at the Vatican. During the Martial Law period, the Holy Father observed the situation in Poland closely, supporting the underground opposition and appealed for avoiding conflict and victims.

At the end of 1981, Fr. Sikorski was delegated to pastoral care among internees in the prison in Warsaw's Białołęka. After the death of Fr. Jerzy Popiełuszko he conducted Masses for his homeland at the church of St. Stanisław Kostka in Żoliborz. He also became the honorary chaplain of "Solidarity" in the region of Mazowsze. 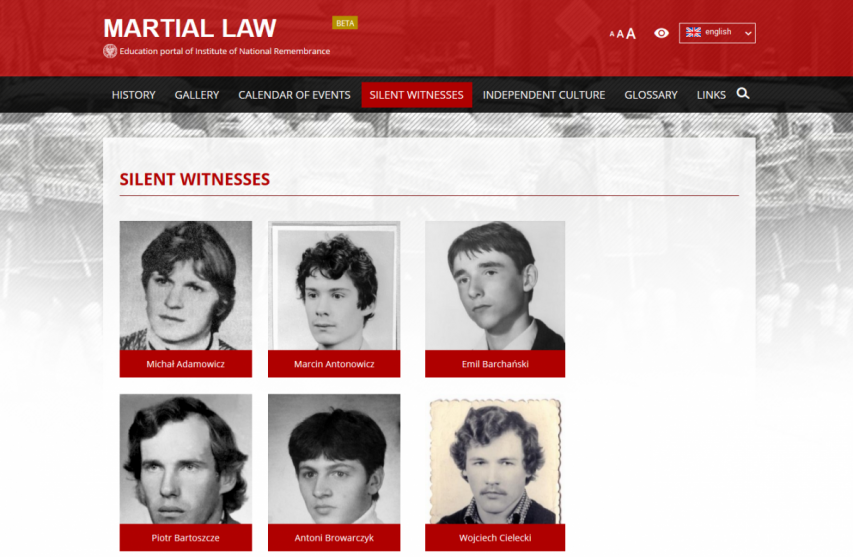