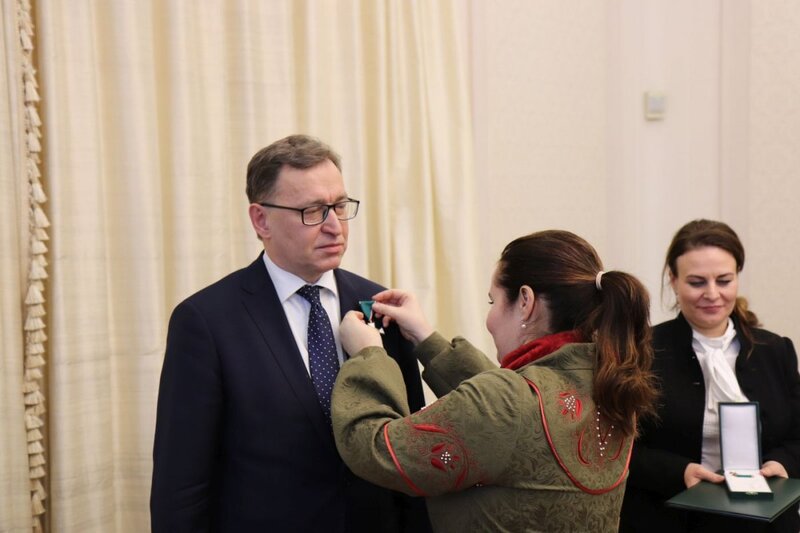 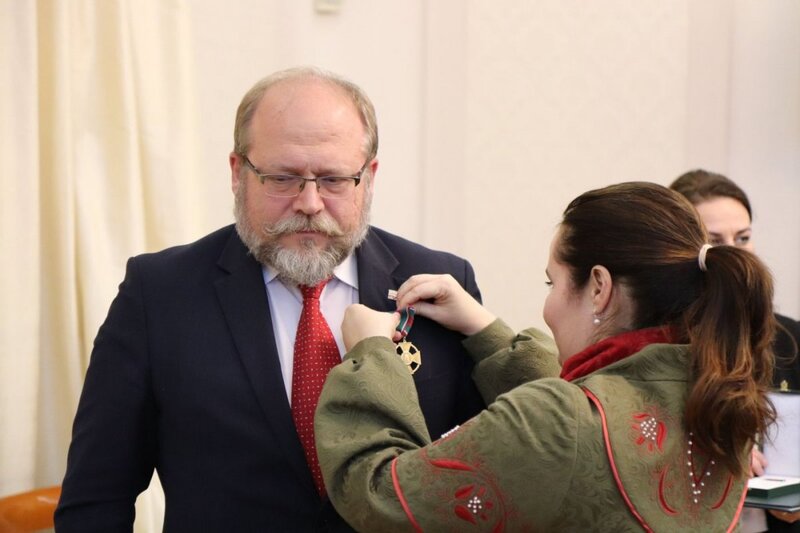 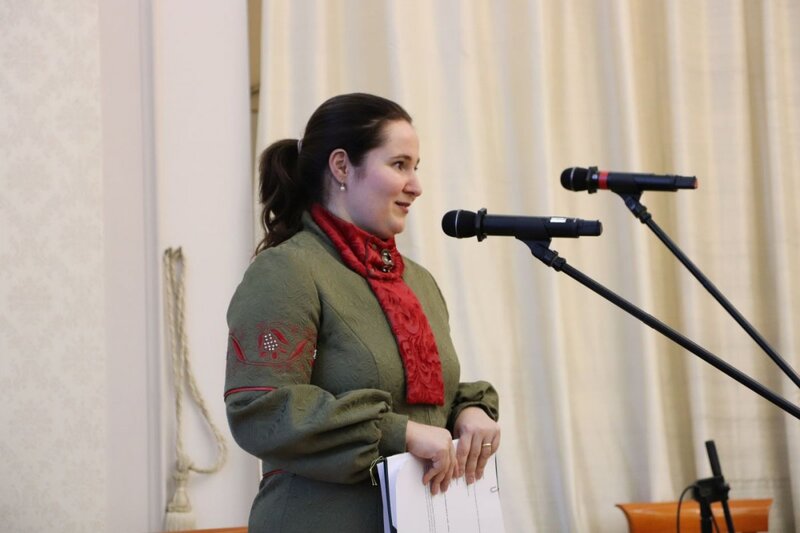 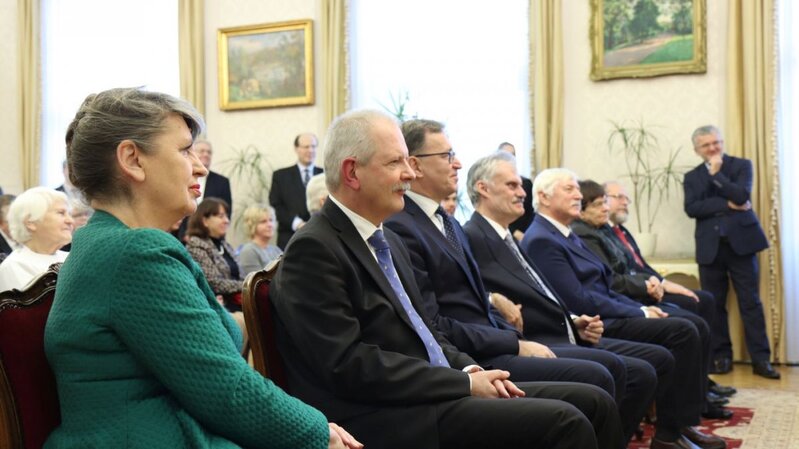 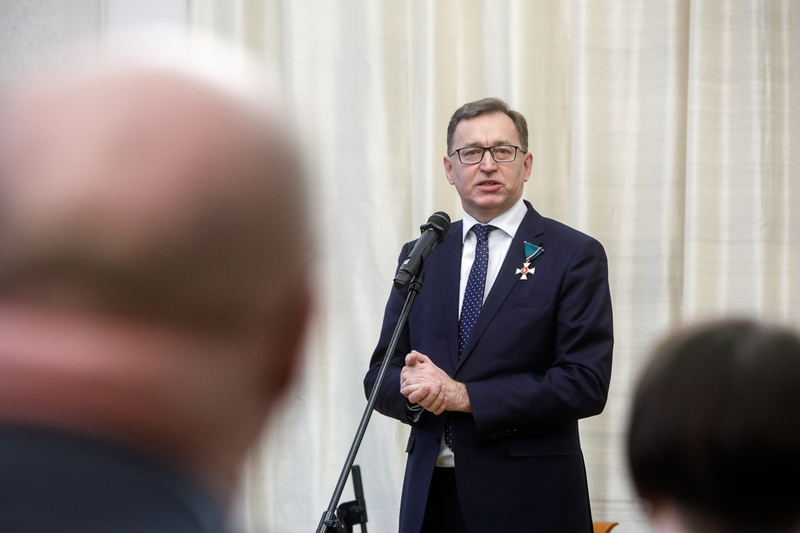 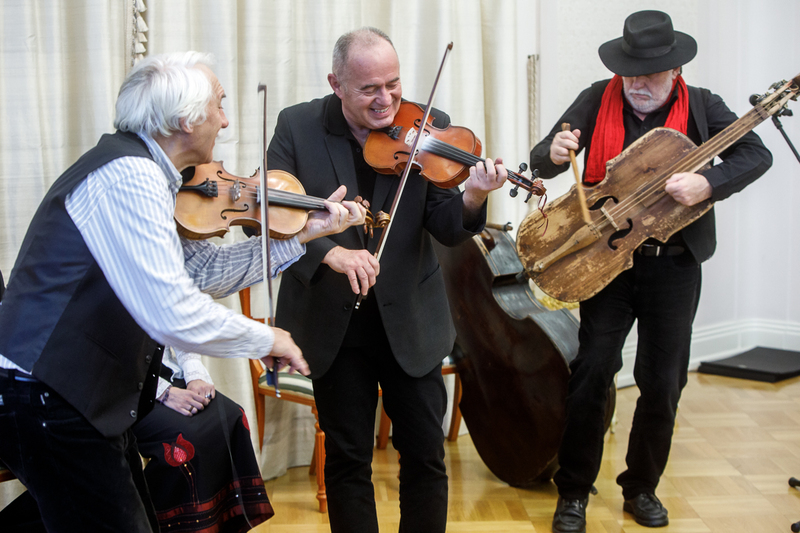 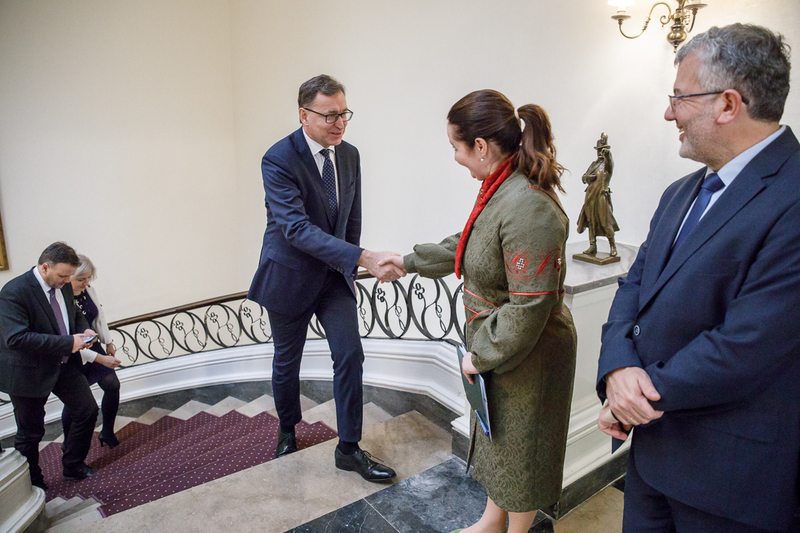 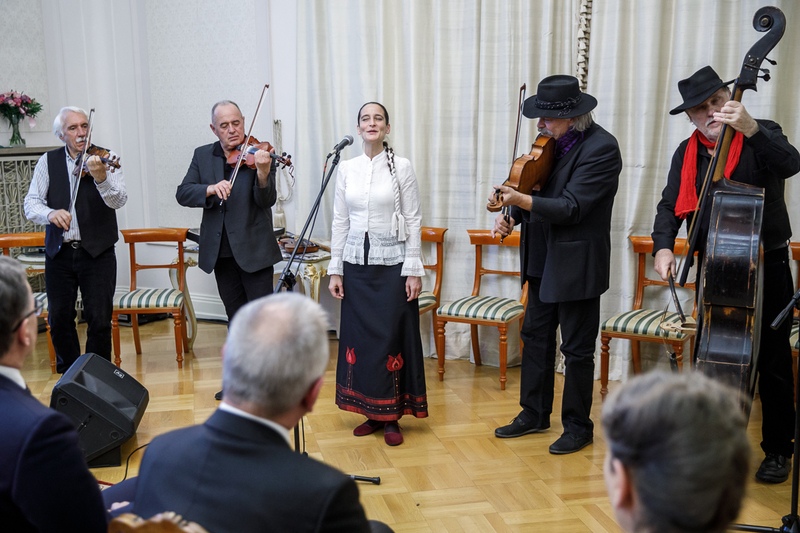 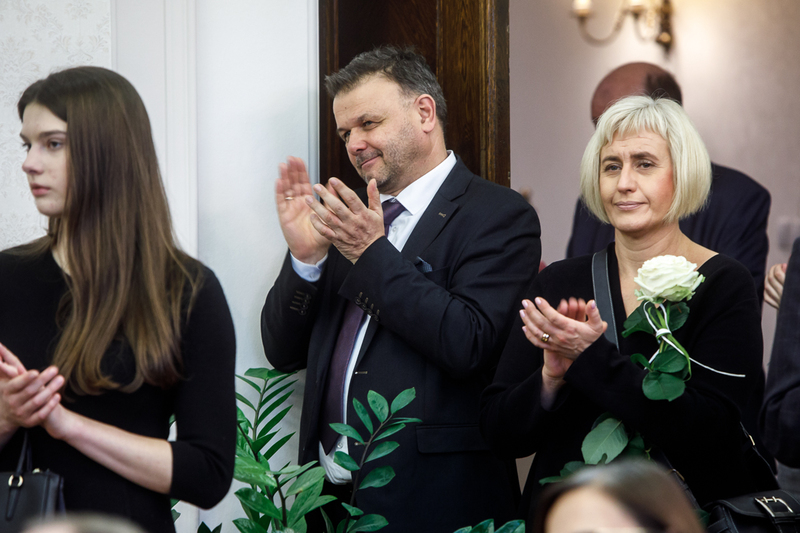 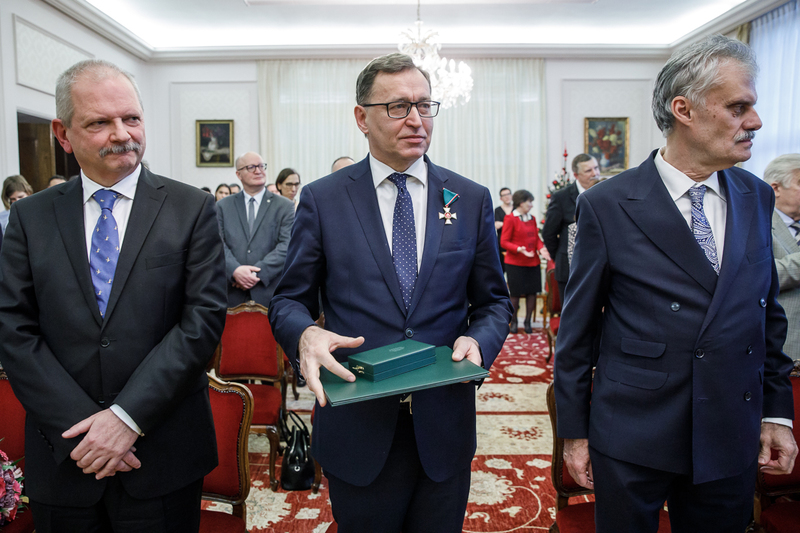 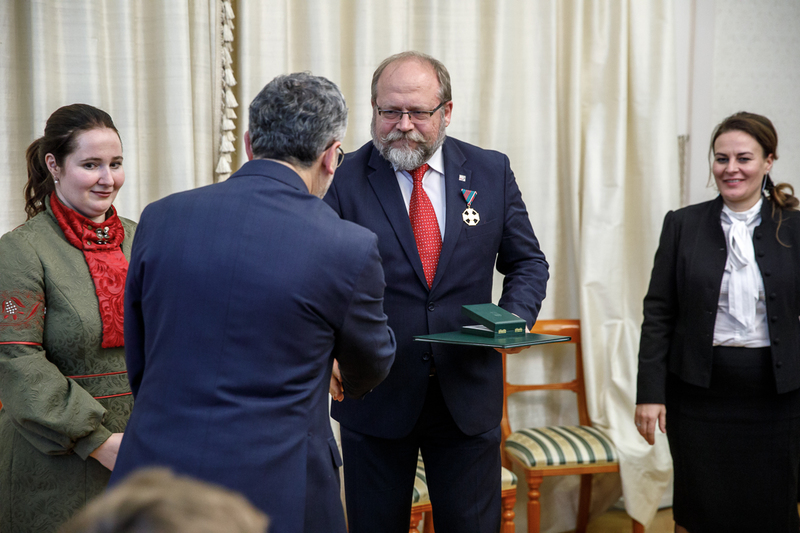 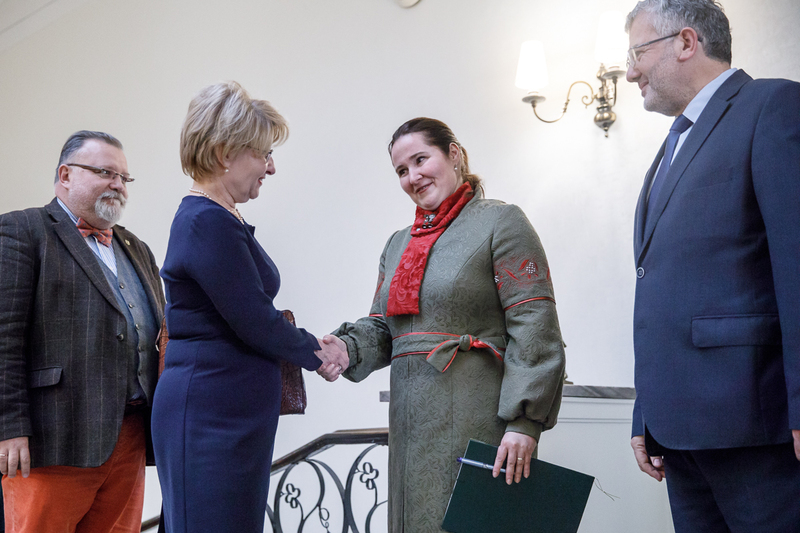 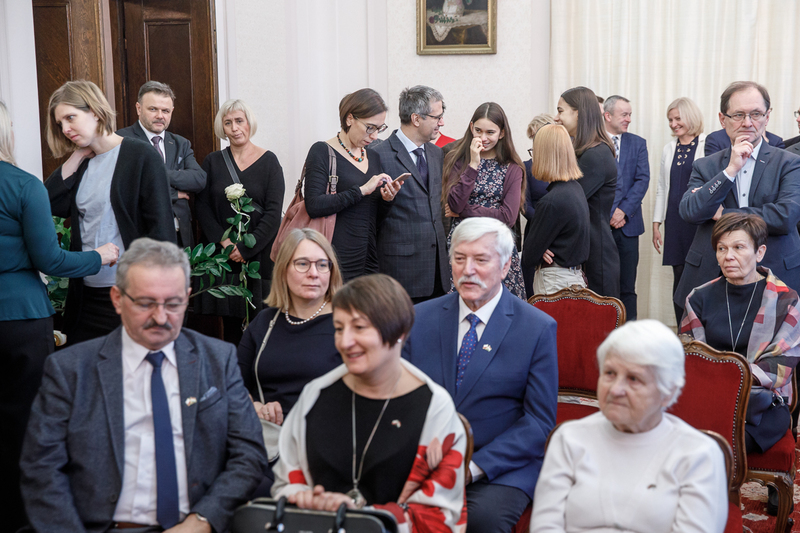 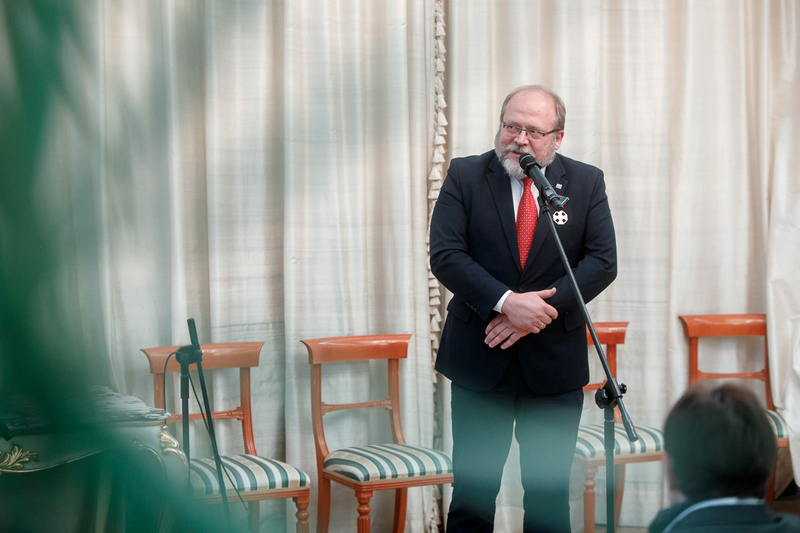 The decorations were presented by the Hungarian Ambassador to Poland Orsolya Zsuzsanna Kovács during a gala on 6 December 2019 at the Hungarian Embassy.​​ Seven individuals, including Joanna Wnuk-Nazarowa – the Director General of the Polish National Radio Symphony Orchestra in Katowice and Prof. Zbigniew Wawer – the Director of the Royal Łazienki Museum were honoured with Hungarian state awards.

The ceremony began with a Christmas concert of the legendary Hungarian folk group Muzsikás. Then, Ambassador Kovács thanked all those awarded for their help in cultivating Hungarian-Polish friendship. She emphasized that thanks to them, the promotion of Hungarian culture and history was even more effective in reaching Polish society.

- The awards for the management of the Institute of National Remembrance are proof of recognition for the activities of the IPN aimed at strengthening and developing Hungarian-Polish relations and for commemorating Hungarian national heroes. Hungarians are grateful for your work, which is a memento of our wonderful relationship - Ambassador Kovacś stated.

The Director of the IPN’s Office for the Commemorating the Struggle and Martyrdom admitted that his personal affection for the Hungarian nation is conditioned also by his family. - If I were to look back at the catalogue of memorial sites, in the implementation of which I had the pleasure to participate, I would choose two sites which are particularly symbolic for me: the plaque located on Marshal Piłsudski Square in tribute to the Hungarian Nation for its aid offered  in 1920 during the Polish-Bolshevik war, and a monument to Lt. Col. Antal Somssich in Zalakomár, Hungary, he said. - Thank you very much for this distinction, which of course, constitutes and additional motivation for me to pursue such Polish-Hungarian memorial site projects in the future - assured the Director of the IPN’s Office for Commemorating the Struggle and Martyrdom.

The Institute of National Remembrance is involved in cooperation with Hungarian institutions in many fields. We have joint scientific conferences, publications, exhibitions, events related to the celebration of important anniversaries as well as joint care over Hungarian and Polish memorial sites.

In June 2017, a monument dedicated to a Pole, Henryk Sławik and a Hungarian, Jozef Antall, was unveiled in Budapest. Sławik and Antall are considered to be heroes of Poland, Hungary and Israel - during World War II they saved at least 5,000 Polish Jews. The monument, the erection of which was financed by the IPN’s Office for Commemorating the Struggle and Martyrdom, presents Sławik and Antall talking at a table.

On 19 September  2017 on Matejko street in Warsaw, a monument to Hungarian soldiers who during the Warsaw Uprising - as formal allies of the Germans - not only refused to fight against Poles, but also assisted Home Army soldiers by supplying them with weapons and ammunition and by caring for the wounded. The ceremony was organized by the Institute of National Remembrance and the Hungarian Institute of Culture in Warsaw. The monument was financed by the Institute of National Remembrance.