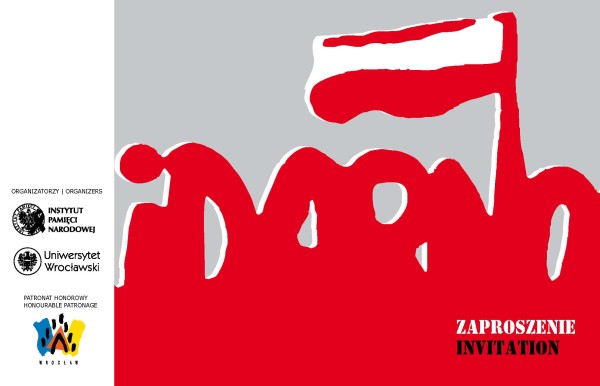 When in August 1980 strikes broke out in Poland and ‘Solidarity’ movement was created, the world public opinion realized that something important happened. For the first time behind the iron curtain a massive, independent from totalitarian state trade union organization appeared. For almost a year and a half people watched the effects of non-violent struggle of the Polish workers for the right to freedom and dignified life. It appeared possible, even if for some time only, to overcome the barrier which had divided Europe. Governments and parliaments, political, social and labor organizations, church and charity societies wanted to support ‘Solidarity’ by sending financial help, developing contacts, advising in organizational affairs. This, not really formalized and reluctantly welcomed by the communist authorities, co-operation contributed to make ‘Solidarity’ stronger. It proved that the Polish democratic movement is not alone in their struggle, what was even more important after the martial law was introduced in December 1981. In that difficult time ‘Solidarity’ could count on support and help from the whole world. Spontaneous protests and manifestations could be watched in lots of countries, various committees were created, after a few weeks sending equipment and funds was started again, this time illegally. In a smaller way the support for ‘Solidarity’ was visible in the countries of communist bloc.
This phenomenon of a wide range should be described. In the meanwhile it was not researched enough, many archives were destroyed or scattered, only few participants of the events gave their reports. In order to change the situation, even in part, the Institute of National Remembrance in Warsaw and the Institute of History of the University of Wroclaw organized the international scientific conference The World towards ‘Solidarity’ Movement 1980-1989.
The conference was held under the honourable patronage of President of Wrocław Rafał Dutkiewicz.
The event was held in Wrocław in the Grand Hall of the Old Town Hall (the City Museum of Wrocław, Sukiennice 14/15, 1st floor).
The conference languages were Polish and English with simultaneous interpretation.
The conference was open to the public. All participants without papers were asked for registration by sending the enclosed form with personal data. The conference is free of charge.
The applications should be sent to:
anna.piekarska@ipn.gov.pl
or:
Anna Piekarska
Instytut Pamięci Narodowej
Biuro Edukacji Publicznej
ul. Towarowa 28
00-839 Warszawa
POLAND
„Konferencja 2010”
fax: +48.22.431.83.80
For additional information please contact:
Anna Piekarska – anna.piekarska@ipn.gov.pl