The “Ładoś List”, a list of names of 3262 holders of Latin American passports issued to persons of Jewish origin during the Holocaust by the Legation of the Republic of Poland in Switzerland in cooperation with Jewish organizations was presented on 12 December 2019 at the Pilecki Institute in Warsaw. Dr Mateusz Szpytma, Deputy President of the Institute of National Remembrance, was an honorary guest at the ceremonial presentation of the “Ładoś List”. 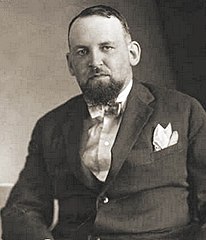 Dr Mateusz Szpytma, the IPN’s Deputy President, addressed the assembled guests, pointing out that joined efforts of several people and organizations to uncover little-known aspects of Polish history result in such successful projects as the publication of the “Ładoś List”:

"The IPN is honoured to have been able to participate in the project. It shows how meaningful collaboration between various institutions studying history and promoting knowledge about Poland abroad really is."

From April to August 2019, IPN’s archivists scrutinized 729 names, as part of the “Ładoś List” project coordinated by the Pilecki Institute and the Polish Embassy in Bern in cooperation with the Institute of National Remembrance, the Jewish Historical Institute and the Auschwitz-Birkenau Memorial and Museum. The effect of the project is to be a list of all holders of illegal passports issued during the Holocaust by the Polish mission in Bern which is to be published by the Pilecki Institute.

As a result of a query conducted in the Arolsen Archives database (formerly the International Tracing Service in Bad Arolsen), nearly 5,000 pages of documents regarding 244 people were located. The Arolsen Archives’ electronic database constitutes a valuable tool in finding victims and survivors of the Holocaust. The Institute of National Remembrance, as the only institution in Poland, has permanent access to the database.

The first stage of work on the “Łados List” was completed in April this year. At that time, the employees of the IPN Archive analyzed  1,114 names and 12,000 pages of documents concerning 754 people. Electronic copies of the materials were sent to the Embassy of the Republic of Poland in Bern.

For several years, the Institute of National Remembrance has been restoring the memory of Polish diplomats from Switzerland who saved Jews during World War II. In May and June 2018, upon the request of the Embassy of the Republic of Poland in Bern, the IPN’s Office of Search and Identification carried out a search for the grave of Consul Konstanty Rokicki, a member of the Bernese Group at the Friedental cemetery in Lucerne. In 2016 the IPN worked on a documentary entitled "Passports to Paraguay" depicting the participation of Polish diplomacy in saving Jews from the Holocaust. The premiere of the film directed by Robert Kaczmarek took place in January 2019.

The members of the so-called “Ładoś Group” or ”Bernese Group”, operating during the war in the Polish Embassy in Bern, Switzerland, saved the lives of Jews by issuing forged passports for them. Polish diplomats and activists of Jewish organizations obtained passports from Latin American countries, which were then sent to Jews in occupied Europe. These were mainly passports from Paraguay, El Salvador, Honduras, Bolivia, Peru and Haiti, which prevented their holders in ghettos from deportation to German extermination camps. Instead, their owners were sent to internment camps, where some of them lived to see the end of the war.

The members of the group were involved in the production of illegal passports from as early as 1941 and continued their activities virtually until the end of the Holocaust. The “Ładoś Group” consisted of: Aleksander Ładoś, the Ambassador of the Republic of Poland to Bern, his Deputy Stefan Ryniewicz, Consul Konstanty Rokicki, as well as the Attache of the Embassy, ​​Juliusz Kuehl. Their partners were two Jewish organizations - the RELICO Committee headed by Abraham Silberschein and the Swiss branch of Aguda Yisroel led by Chaim Eiss.