The screening of "Passports to Paraguay” - The Hague, 13 November 2019

The screening of the documentary film "Passports to Paraguay", produced by the Institute of National Remembrance took place on 13 November 2019 at 8.p.m, Glazen Zaal, The Hague 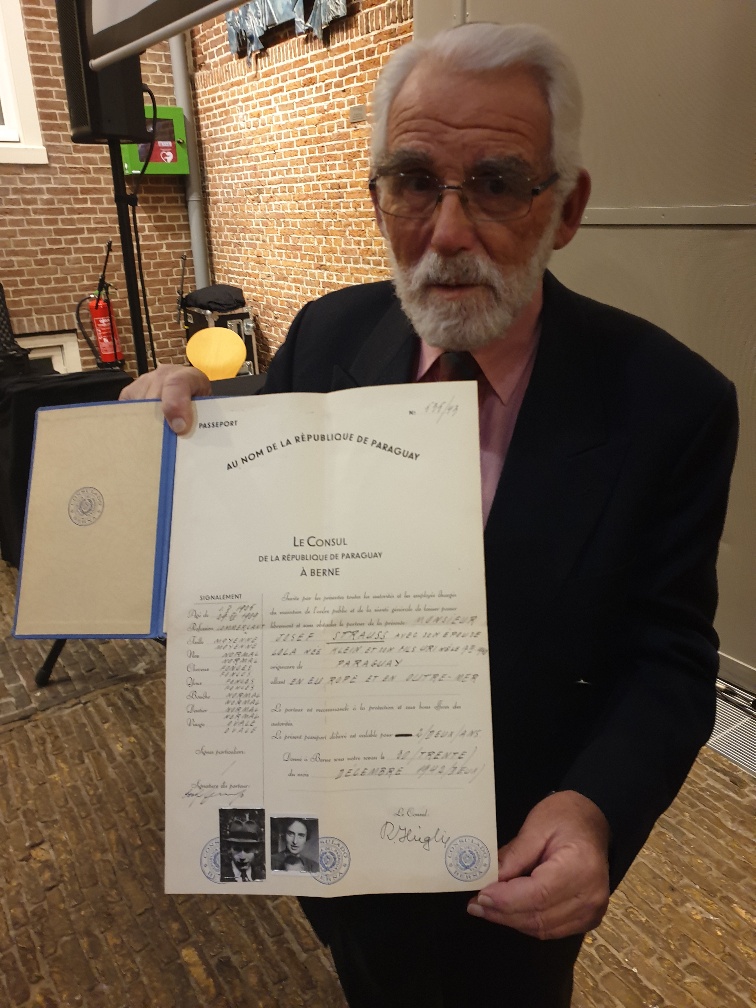 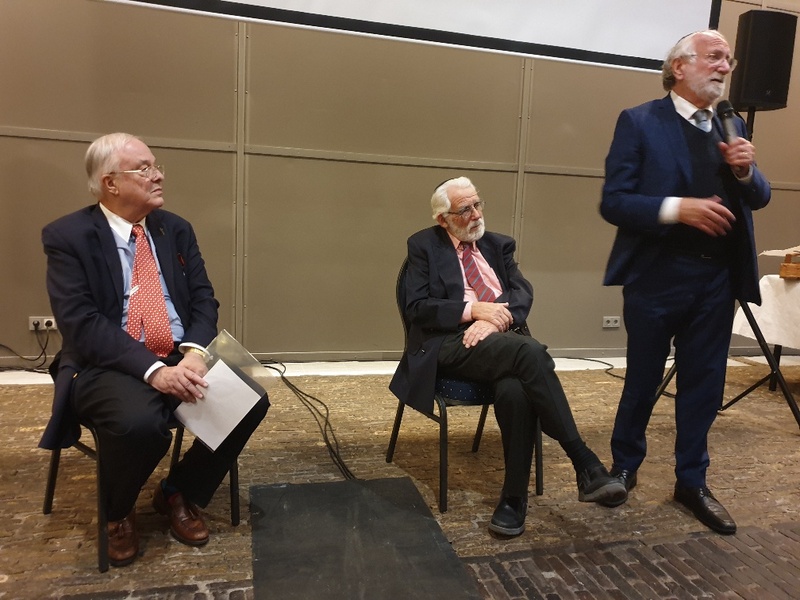 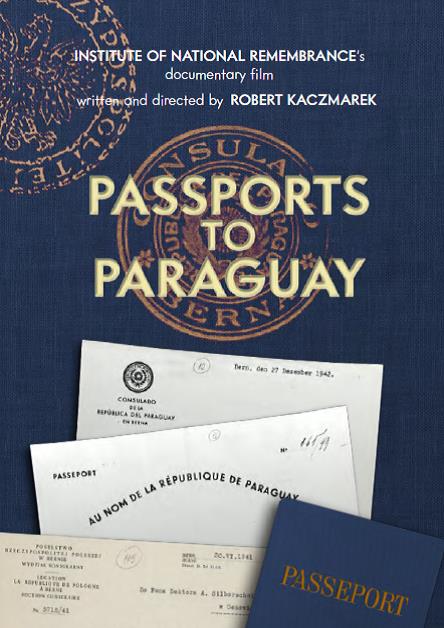 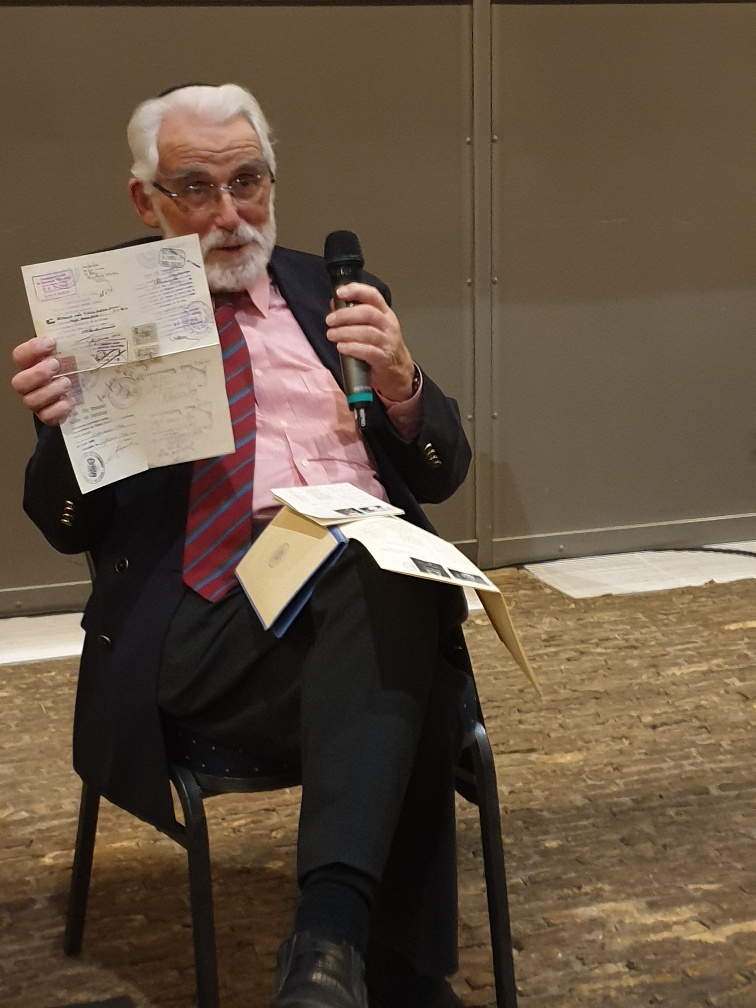 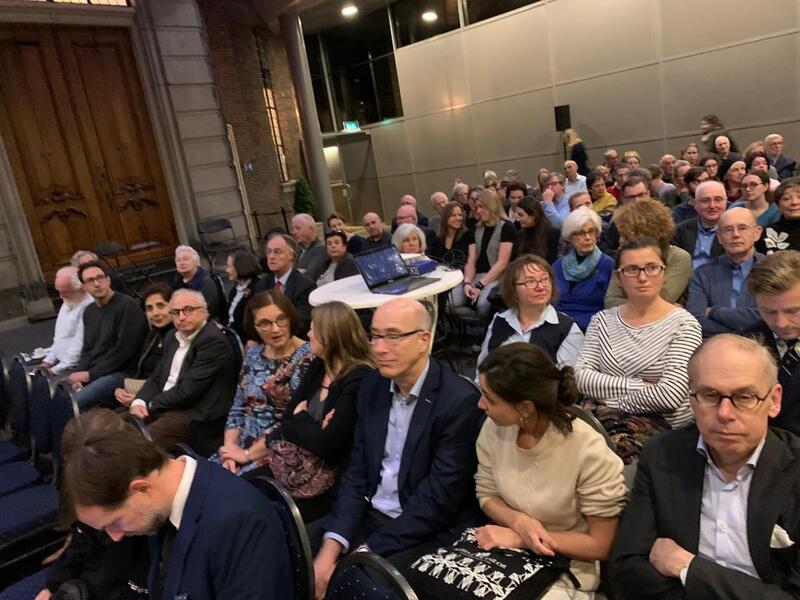 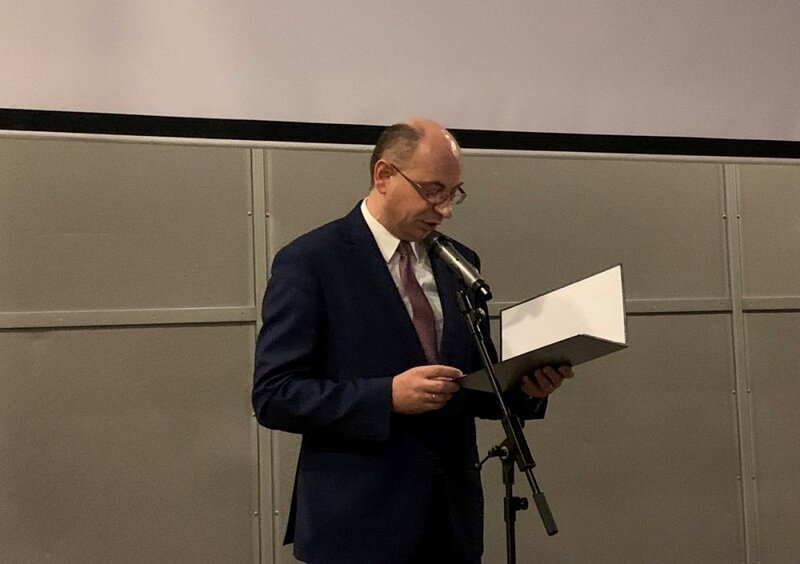 The event, organized by the Embassy of the Republic of Poland in The Hague and the Reform Jewish Congregation of The Hague was attended by Dr. Mateusz Szpytma, Deputy President of the Institute of National Remembrance.

"Poland was the first country to have resisted the armed aggression of the German Reich in September 1939 80 years ago. Abandoned by its English and French allies and left at the mercy of the German occupier, it could not withstand the aggression of two totalitarian powers: Germany and the Soviet Union. Poland, however, did not sign the capitulation ceasefire as France did a few months later. Unlike the authorities of France and many other countries, it did not cooperate with Hitler's regime in any way. Throughout the war German-occupied Poland remained an Allied state which fought against Adolf Hitler’s German Reich from the first to the last second of the war. In the country, it created the structures of the Polish underground state in order  to continue the fight. Abroad, in the territory of the Allies, it made every attempt to rebuild its armed forces. Polish soldiers, fighting on the open front, fought in defense of European countries: Norway, France and Great Britain, later liberating Italy, France, Belgium and the Netherlands from German occupation. The division of General Stanisław Maczek, which liberated Breda while protecting it from war damage, could serve as a perfect example.

We all know how deeply the reminiscence of German terror is engrained in the memory of the Dutch. You probably also know that the extent of terror in the East was greater and its forms more violent. The Czech and Moravian Protectorate established by the Germans was definitely worse in this respect in comparison to the Netherlands. And what was the situation in occupied Poland? On 6 February 1940, Hans Frank appointed by Adolf Hitler as the administrator of the occupied Polish lands gave an interview to Kleiss, a correspondent of the Volkischer Beobachter. He asked Frank to determine the difference between the Protectorate and the General Government in occupied Poland. Hans Frank replied:

"Let me illustrate the difference. In Prague, for example, big red posters were put up on which one could read that seven Czechs had been shot that day. I said to myself: If I put up a poster for every seven Poles shot, the forests of Poland would not be sufficient to manufacture the paper for such posters."

It was the first year of occupation. At that time, the Germans mainly carried out mass murders of the Polish intelligentsia throughout the entire occupied area. With each successive year, the level of terror increased abruptly. In 1942, continuing the persecution of Poles, the Germans began the systematic, methodical murdering of Jews and Poles of Jewish origin on a mass scale, unimaginable for the civilized societies of Europe.

Did all citizens of the Republic of Poland prove to be patriotic and loyal to their homeland? Of course not. The system of German terror, imposed on multinational Polish society, sought and found informers, zealous collaborators and people who wanted to benefit from the occupier's protection in order to gain material profit. Such a gloomy marginal phenomenon did exist in an enslaved society. This was the case in each and every occupied country. However, e.g. in France, it was the French state that directed its services to collaborate with Germany, including the collaboration in the crimes of the Holocaust at the behest of their own state. In the Polish lands, any zealous collaborator with the Reich was deemed a traitor of the Homeland. Fighting against Germany, the Republic of Poland announced that each such individual would be held responsible for his deeds after the war. Many of those who were within the reach of the Polish Underground State were executed for treason even during the occupation.

Poland consistently stood on the opposite side of the war barricade than the genocidal German Reich. It was also Poland that forced the first collective act of condemnation of German crimes against Jews on the international arena. This led to its signing in 1942 by the Allied countries, thus announcing to German criminals the imposition of punishment for every single act of genocide. The Polish underground state also created a special structure to aid persecuted Jews, which was financed by the Polish authorities in exile.

The film depicts a certain paradox. On the one hand, it tells the story of the criminal activities of the Polish State, of the criminal activities of Polish government officials and diplomats. It portrays the people who, as estimated, forged several thousand passports of another country. In any other circumstance this would be regarded as a shameful act, a disgrace to state institutions. However, it is not without reason that we are proud of these acts of forgery. In the world of German terror they served as a tool to save human lives. Every false passport could potentially protect one person or one family from the German state machine of the Holocaust. In total, as many as three thousand lives might have been saved. Until recently, historians generally believed that the operation conducted by Aleksander Ładoś saved mainly Jews from Poland. Ambassador Jakub Kumoch claims, however, that recent studies revealed that most of the saved were Jews from the Netherlands and Jews from Germany residing in the Netherlands. Indeed, they probably constitute the majority of those rescued by Ładoś, Rokicki and the other members of the Bernese group. Therefore, these diplomats can be referred to as true consuls of Europe. They saved people irrespectively of their citizenship, also those who were citizens of Germany, a hostile state.

Some of the survivors who were children at the time of war have only now learnt that the secretly handed over document, which at the time constituted a passport to life and freedom, did not just appear from nowhere but was created and smuggled thanks to the efforts of the Polish state and its officials.

Today this is surely a reason to be proud. We cannot let the memory of the true face of that era die. We must not forget this time of contempt and crime so that we can always enjoy freedom and appreciate its true taste. We must also cherish the memory of the real heroes of that time so that they become role models for future generations." said Dr Mateusz Szpytma during his opening speech.

The film "Passports to Paraguay" directed by Robert Kaczmarek presents events concerning the participation of Polish diplomacy in rescuing Jews during World War II and forgotten Polish-Jewish cooperation against Nazi Germany. In 1942—1943, an informal group of Polish diplomats and activists of Jewish organizations worked together to obtain passports of South American countries for Jewish people imprisoned in ghettos by the Nazi German occupants of Poland and other European countries.

The film was screened with English subtitles.