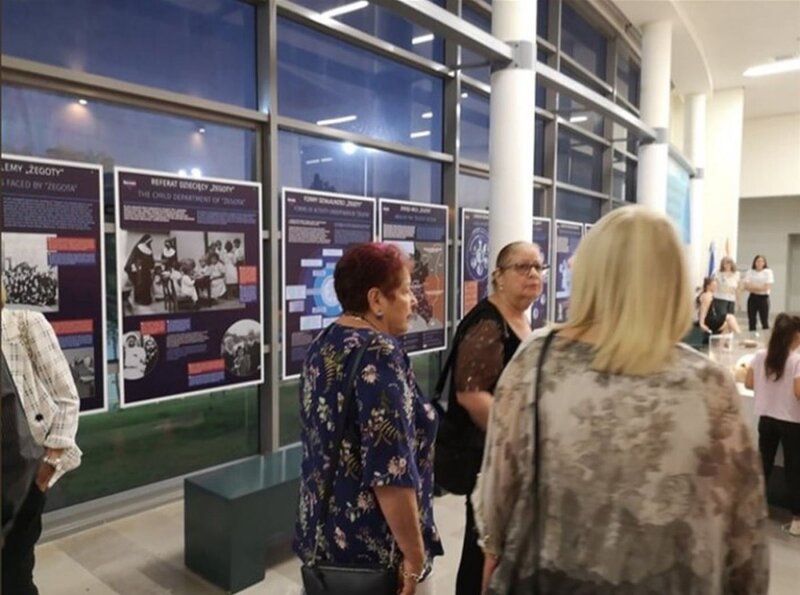 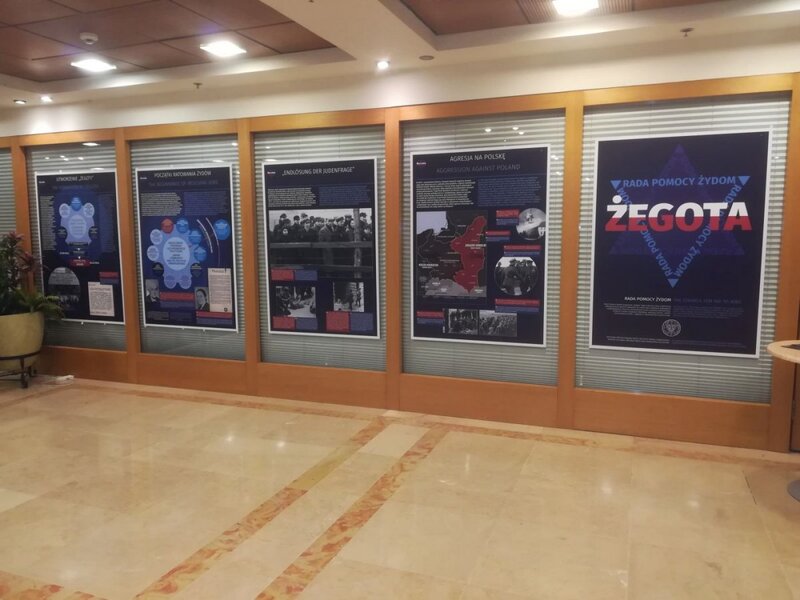 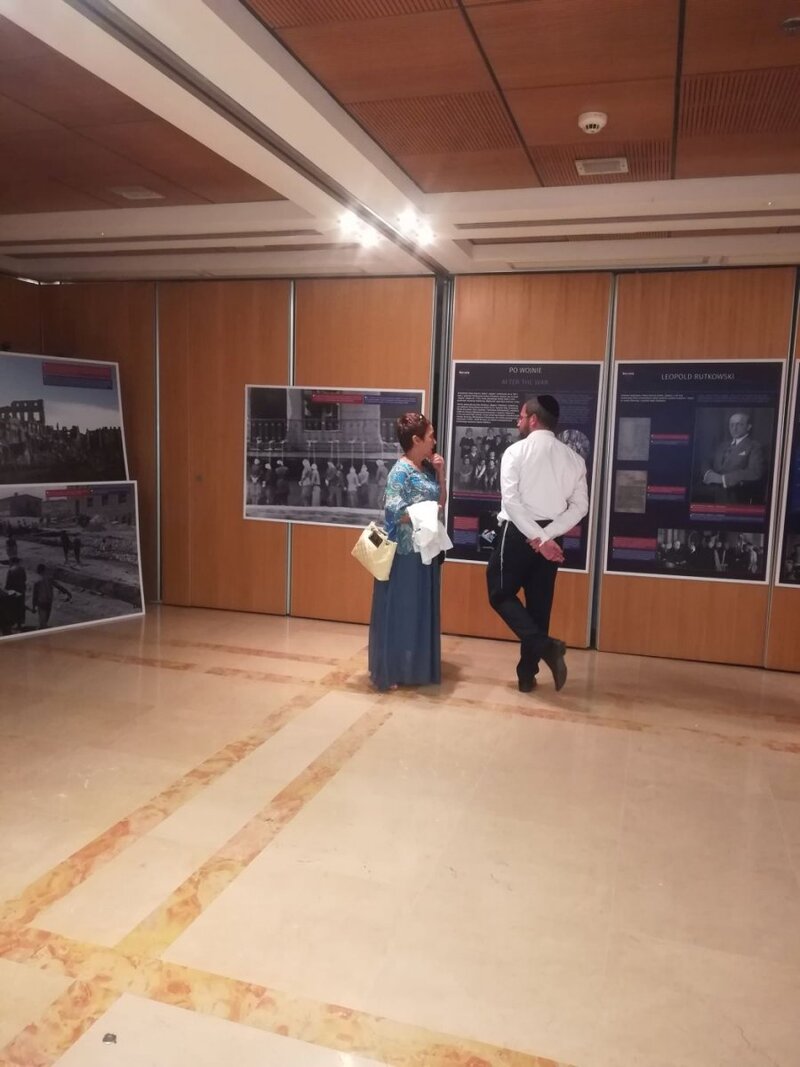 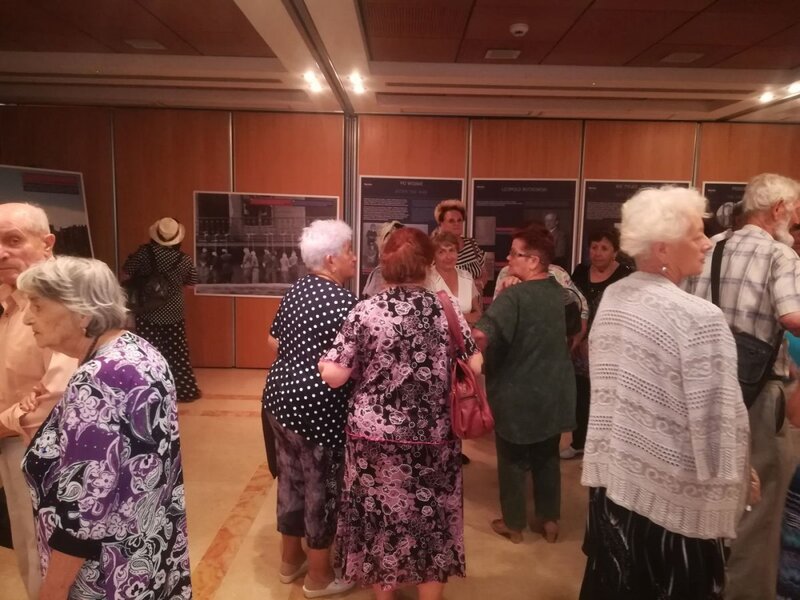 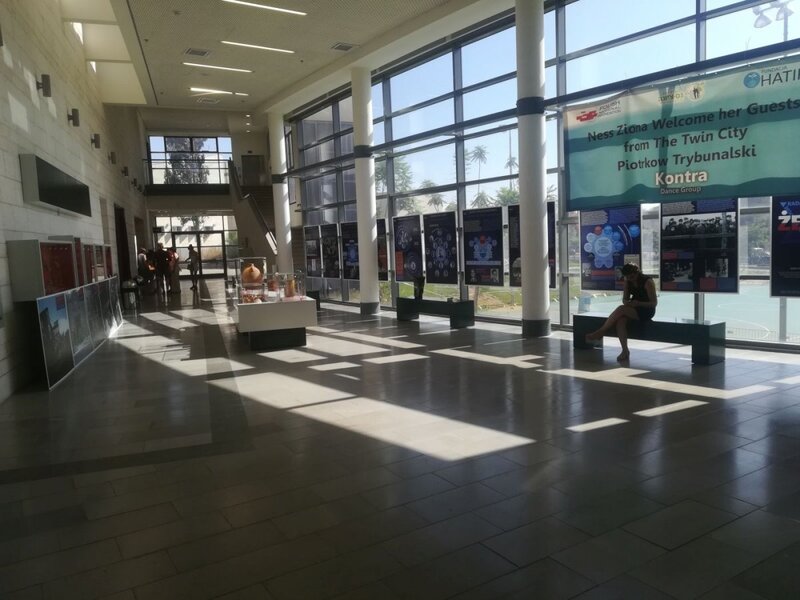 On 25 and 26 June 2019, at the Pavilion in Jerusalem, the exhibition of the Institute of National Remembrance "Żegota" - the Council for Aid to Jews was presented. On 27 June the exhibition could be seen at the Cultural Centre in Ness Cijjon. In both cases, the exhibition was accompanied by the spectacle "Irena Sendlerowa – the Righteous Among the Nations" realized thanks to the cooperation of the Hatikva Foundation and the Polish National Foundation under the patronage of the President of the Republic of Poland, Andrzej Duda.

The Council for Aid to Jews, codenamed "Żegota", was a unique, secret organization affiliated with the Polish authorities. Its goal was to save Jewish fellow citizens mass murdered by the German occupier during the Second World War. Risking their lives, the civil conspirators saved at least several thousand people from extermination.

The exhibition was created on the initiative of the Deputy President of the Institute of National Remembrance, Dr Mateusz Szpytma. The authors are Dr Marcin Urynowicz and Dr Paweł Rokicki.

“Żegota” Council for Aid to Jews - a phenomenon in occupied Europe

In July 1942, after the Germans started the liquidation of the Ghetto in Warsaw and the first deportations to the Treblinka extermination camp, Polish conspiratorial circles, mainly Catholic and democratic, pressured the secret Government Delegation for Poland to expand the aid for the Jewish population. Also, the Section for Jewish Affairs of the Home Army (the military division of the Polish underground) intervened in this matter. In September 1942, Leopold Rutkowski, head of the Delegation’s Department of Internal Affairs, issued a decision for the first grant to aid Jews. Most probably he was also the initiator for establishing a permanent Social Aid Committee for the Jewish Population. In December 1942, for political and organizational reasons, the Commission was reorganized into the Council for Aid to Jews, codenamed "Żegota."

The Council for Aid to Jews, codenamed "Żegota", formally reported to the Government Delegation for Poland. Through its representative, Witold Bieńkowski, an employee of the Prison Unit dealing with Jewish matters, the Delegation exercised political and organizational control over the Council. At the same time, it provided financial aid and assistance when contacting other underground organizations with which the Council worked. The cooperation between the Delegation and the Council was not always good, which stemmed from differences of opinion, mainly in financial matters, scope and forms of action, attitude towards the Jewish armed conspiracy, as well as cooperation with communists. The cooperation with the Jewish Department of the Home Army, headed by Henryk Woliński, was far better.

The Council for Aid to Jews operated through its headquarters in Warsaw and District Councils in Krakow and Lviv. Its help also reached some of the ghettos and camps in which the Germans massively imprisoned the Jews. The envoys of "Żegota" made contacts there (or at least made such attempts), enabling the delivery of money or false documents needed to escape. Despite the endeavours, it was not possible to extend the help to the whole of Poland.

"The Council's key role is to help Jews as victims of the extermination by the occupant, and help to save them from death. It is to aid Jews with their legalization, granting them premises, providing material allowances or, where appropriate, helping to find employment as a basis of existence, managing funds and their distribution - in other words, conducting work which may directly or indirectly be a form of assistance" - such tasks of "Żegota" were presented on 29 December 1942 to Government Delegation for Poland.

In the occupied country, the activities of "Żegota" were obstructed by lack of money, politicization of the underground, public intimidation, anti-Jewish attitude in some communities, denunciations and blackmail. Its work was also hindered by the fear of Jews from living in hiding, their hope for survival in ghettos and camps, cultural diversity, and sometimes prejudice against Poles. On the international forum, it was clear that the Allies were reluctant towards the Jewish question and that the Soviets were hostile towards the initiatives of the Polish Government, with which in the spring of 1943 the Soviet Union broke off its relations.

In order to save Jewish children, in August 1943, the Children's Section of "Żegota" was established. Irena Sendlerowa "Jolanta" became its manager. Children were being hidden away in care facilities (also religious ones) and in private families. If necessary, false documents and cash benefits were  provided. "Żegota" helped to hide about 1,300 children in Polish foster families.

The activity of "Żegota" ended in 1945 with the occupation of Poland by the Red Army. It is estimated that its aid reached about 12 thousand people, helping a large part of them to survive the German occupation. Later, most of them left the country.

Only a few activists of "Żegota" lived to be honoured for their merits. Among them was Irena Sendlerowa, who in 2003 was awarded the Order of the White Eagle, the highest Polish state decoration.