24 March - The screening of “Passport to Paraguay” in English 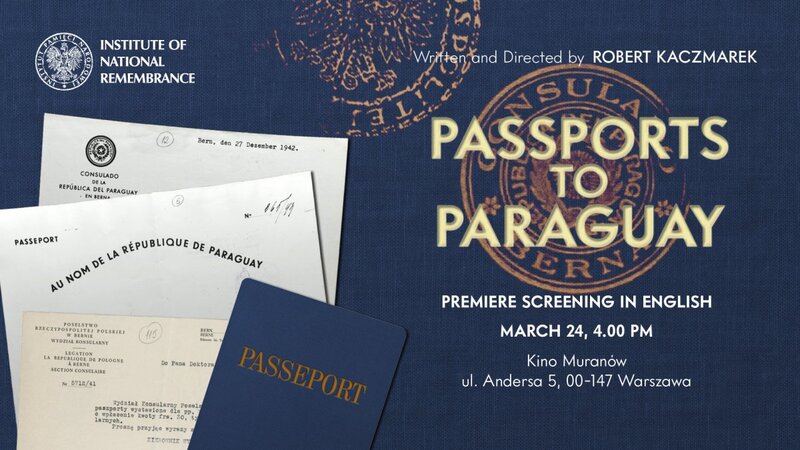 Admission is free. Tickets can be collected at the ticket office of the Muranów cinema. The number of seats is limited.

A meeting with our special guest Markus Blechner — The Honorary Consul of the Republic of Poland to Zurich will take place after the screening of the film.

The film presents events concerning the participation of Polish diplomacy in rescuing Jews during World War II and forgotten Polish-Jewish cooperation against Nazi Germany. In 1942—1943, an informal group of Polish diplomats and activists of Jewish organizations worked together to obtain passports of South American countries for Jewish people imprisoned in ghettos by the Nazi German occupants of Poland and other European countries.