In connection with the statement of 13 February 2019 by Andrea Mitchell, an MSNBC journalist, the Polish Institute of National Remembrance, in accordance with Article 31a of the Act on Press Law of 26 January 1984, requests the MSNBC to publish the clarification. 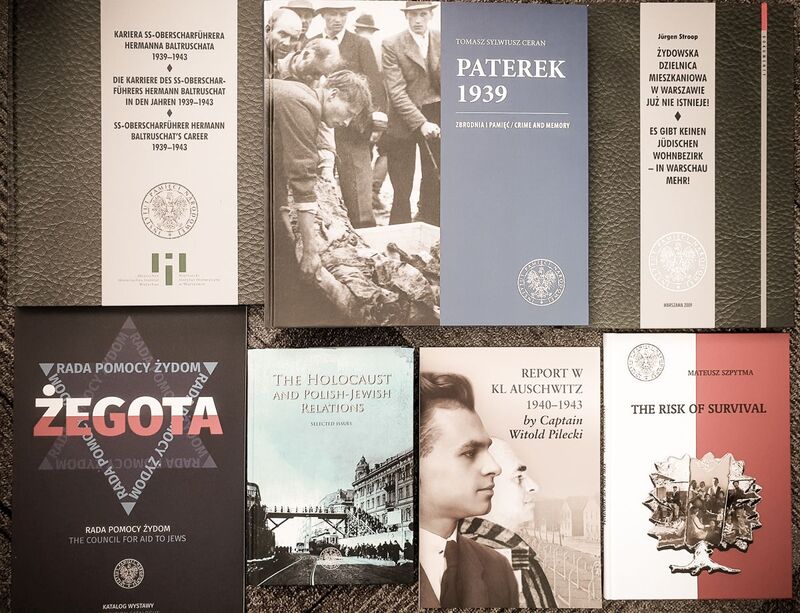 On 13 February 2019, while covering for the MSNBC the visit of the US Vice-President Mike Pence to Poland, Andrea Mitchell used the expression „uprising of Polish Jews in the Warsaw ghetto against the Polish Nazi regime”, which is a historical lie.

The Republic of Poland was the first country in the world to mount armed resistance against the German Nazi regime. In 1939, abandoned by its Western Allies, Poland was unable to win the war against the Germans and the Soviet Union, who jointly attacked the country. Following military aggression, Poland was subjected to ruthless occupation and totalitarian terror. As a result of the Second World War about 5.9 million Polish citizens were killed, half of that number being the Jewish population.

As the President of the Institute of National Remembrance, an institution that is a guardian of the Polish national memory, I express my serious concern about your report from Poland, the country so heavily affected and severely mutilated by the authorities of the Third German Reich. Ms. Mitchell's words were uttered during the coverage of the Middle East summit, which is currently taking place in Warsaw and is being widely commented worldwide. The abovementioned words greatly damage Poland’s reputation, as they contain insulting and extremely untrue information.

Talking about, or even suggesting, the existence of a Polish regime which along with the criminal Third German Reich supposedly took part in the liquidation of the ghetto in Warsaw, or any other ghetto,  is a lie which is contradictory to general knowledge and research conducted by the renowned historians of the Holocaust, and, above all, is an insult aimed at the dignity and memory of the heroic fighters and all the victims of the ghetto in Warsaw.

I demand the removal of this message from public space in the name of historical truth and journalistic accuracy.

In response, we are sending publications on the subject matter to Andrea Mitchell.

The Warsaw Ghetto, like all ghettos in the occupied Polish territories, was created and then destroyed as a result of the anti-Jewish, genocidal policy of the German authorities. The document about the creation of the ghetto (in German terminology: jüdische Wohnbezirk)) was signed in October 1940 by the governor of the Warsaw District, a member of the NSDAP and the Reichstag, Ludwig Fischer. The final report on the liquidation of the ghetto entitled Es gibt keine Jüdische Wohnbezirk in Warschau mehr (The Jewish Quarter of Warsaw is No More!) was prepared by SS-Grupenführer Jürgen Stroop in May 1943.

Both these criminals were captured after the war and tried by the Polish judicial system.

In April and May 1943 several hundred poorly armed fighters of the Warsaw Ghetto fought against heavy artillery and aircraft of the overwhelming German forces, which included: 440 officers of the 3rd SS armoured grenadier battalion, 381 officers of the SS cavalry unit, 234 officers of the German Ordnungspolizei, 32 German officers of the Security Police (Sicherheitspolizei), 98 Wehrmacht soldiers and 335 SS-Trawnikiänner members. The Polonischepolizei, created by the Germans, did not enter the ghetto. The Polish fire brigade was only called by the Germans to put out specific fires.

Polish society, as well as the vast majority of Polish conspiracy groups, sympathized with Jewish insurgents and condemned the German murders. The Polish underground, which had no chance of winning the fight against the Germans, organized at least some attacks on German troops stationed under the walls of the ghetto. At least two soldiers of the Polish Home Army, Eugeniusz Morawka "Młodek" and Józef Wilk "Orlik", were killed in them. From December 1942, the "Żegota" Council for Aid to Jews operated in German occupied country. The Polish underground and the Polish government-in-exile in London informed the world about German crimes in occupied Poland. The Polish Prime Minister, Władysław Sikorski, condemned the German crimes in the Warsaw ghetto and announced the prosecution of the perpetrators. Secret emissaries of the Polish governmentwho personally visited Warsaw ghettos, such as Jan Karski, spread the message of the Jewish underground throughout the world, and called the Allies for actions aimed at stopping German crimes.