Every year on 23 August, on the anniversary of the Molotov-Ribbentrop Pact, the European Day of Remembrance for Victims of Totalitarian Regimes is celebrated. It was proclaimed by the European Parliament on 23 September 2008. Its aim is to commemorate the victims of mass deportation and extermination, as well as to promote democracy, peace and stability in Europe. The first formal commemoration of this day was organised in 2011 in Warsaw, under the auspices of the Polish Presidency.

The official celebrations of the European Day of Remembrance for Victims of Totalitarian Regimes will take place in Estonia. However, it will also be celebrated in a number of European cities. The Study Centre for National Reconciliation in  cooperation with military vicariate and the parish of St. Nicholas prepare celebrations in Ljubljana.

4:30 pm, Flowers in front of memorials will be laid

6:00 pm, A memorial mass for the victims of all totalitarian and authoritarian regimes will be donated by the Ljubljana Archbishop msgr. Stanislav Zore at the Ljubljana Cathedral. After the mass, a short academy and address by prof. dr. Ivan Stuhec will follow. 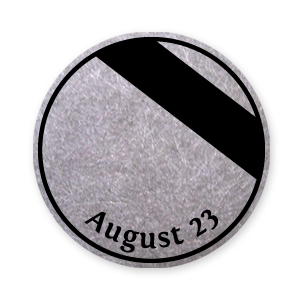