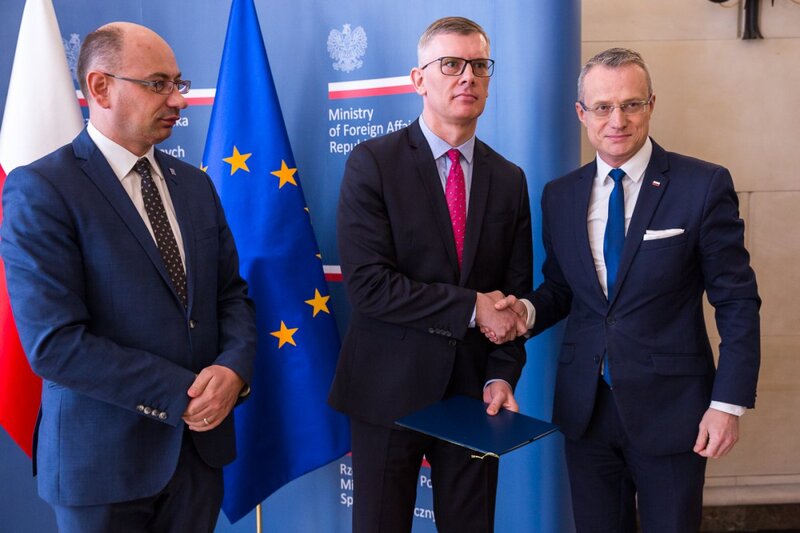 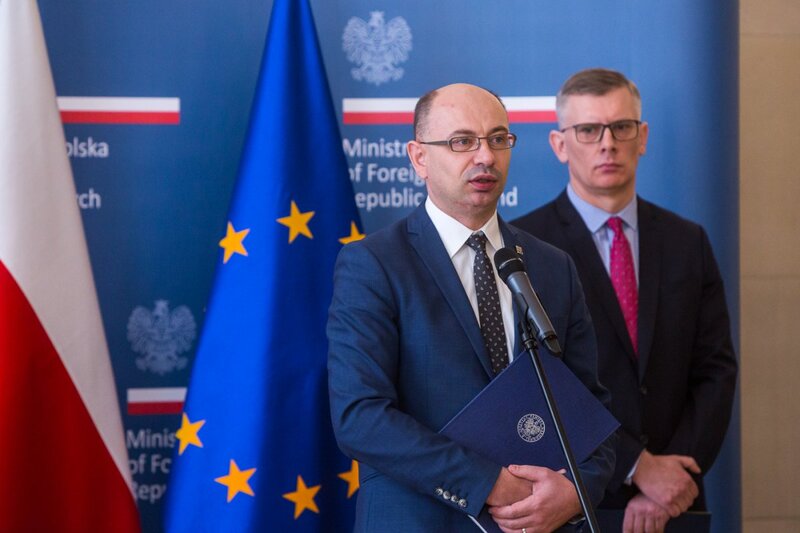 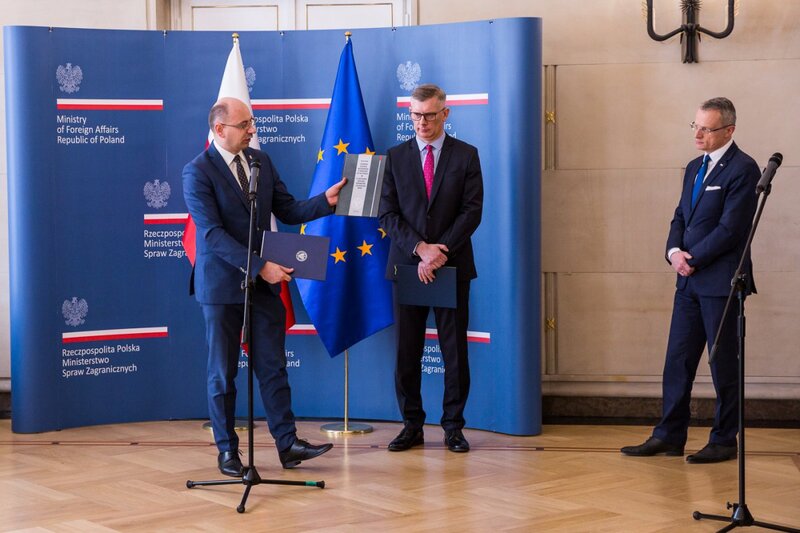 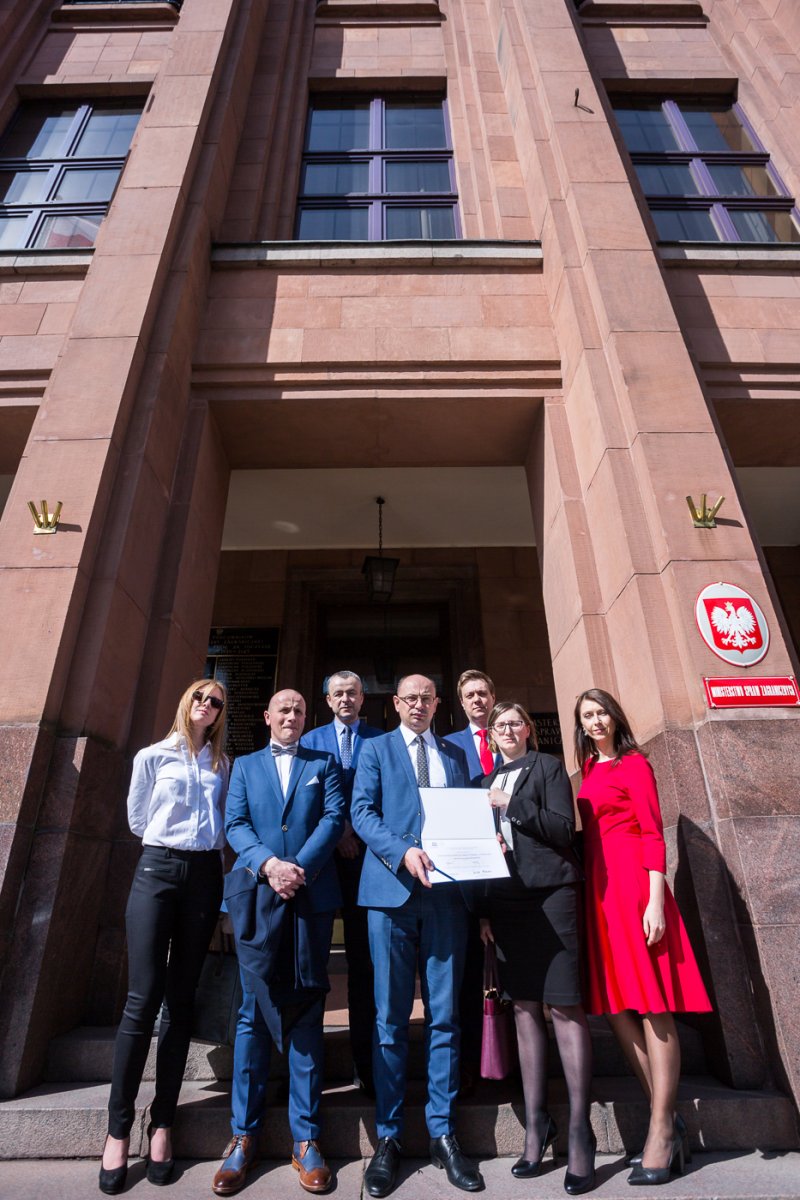 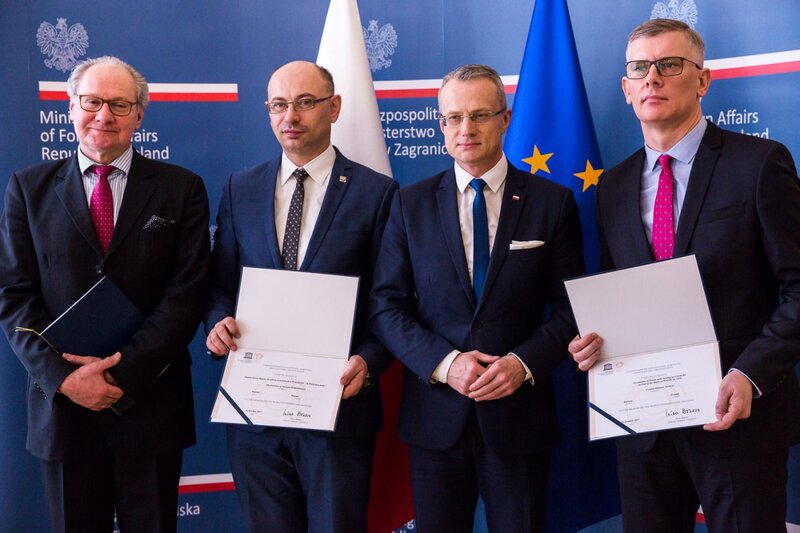 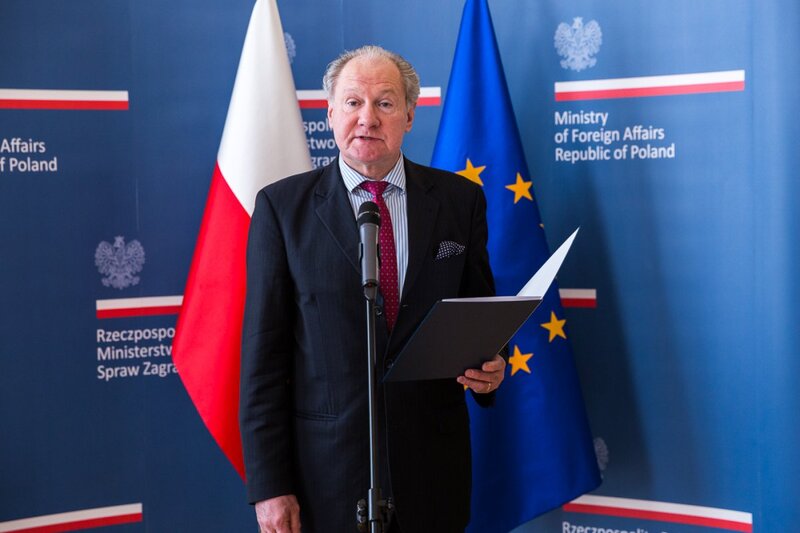 - Jürgen Stroop's report is a unique document illustrating the crime of the Holocaust - the extermination of the Jewish population during World War II. The report is an official document giving an account of how the Germans suppressed the Uprising in the Ghetto in Warsaw - the largest separated residential district for Jews in occupied Europe - and its liquidation in the spring of 1943, said Dr Mateusz Szpytma, the Deputy President of the Institute of National Remembrance, while receiving the UNESCO Memory of the World certificate at the headquarters of the Polish Ministry of Foreign Affairs.

The Deputy President of the Institute emphasized that "the Warsaw Ghetto uprising was an expression of the determination of the Jewish population, which despite the lack of any hope of success, rebelled against its perpetrators, fighting for pride and a sense of dignity."

"The document, which is also a warning, does not let one forget about the cruelty of the perpetrators and the heroic struggle"

- The optics of presenting the events described in the report are shocking. The Holocaust is depicted from the perspective of a criminal, not a victim, so that the document - contrary to the author's intentions - does not glorify the German "courage, strength and sacrifice" and becomes an indictment and evidence of the crimes committed against the Jewish population; instead of praising the merits of soldiers ruthlessly executing orders, it is a tribute to their innocent victims - explained Dr. Szpytma.

The Deputy President of the Institute of National Remembrance pointed out that although "the document concerns a specific population at a specific time in a specific place, it carries a universal message - it is a warning - it does not let us forget about the widespread cruelty and brutality. It commemorates the everlasting heroic struggle of people for their dignity and humanity, a struggle which can be observed in all parts of the world. "

Dr Mateusz Szpytma emphasized that the evocative photos included in the report are permanently inscribed in the awareness of people around the world and are clearly associated with the Holocaust. Some of the photos have been granted the status of a photographic icon symbolizing the Holocaust. Marzena Kruk, the director of the IPN Archive, along with two Deputy Directors as well as Anna Szeląg, the Deputy Director of the Office of Search and Identification, were also present at the event.

According to Marek Magierowski, Deputy Minister of Foreign Affairs, UNESCO's programme, "Memory of the World" is "an excellent tool for promoting Poland and our historic achievements, because it strengthens national identity and Poland's contribution to international heritage."  There are 427 entries on the World Heritage List, and 17 represent Polish heritage - including works of Nicolaus Copernicus, manuscripts of Fryderyk Chopin, Underground Archives of the Warsaw Ghetto, Warsaw Confederation Act or plaques of 21 Gdańsk postulates of August 1980. The Stroop report, testimony of German crimes, people with ludicrous ideology and a testimony to the martyr's death of our Jewish fellow citizens, who decided to fight for survival, has just joined the list. The second item is the documents of Polish intelligence, which - during the celebration of the Polish independence era - testify to the professionalism and capabilities of our armed forces. Not only did they defend Poland's independence, but also Europe against the Red Army, “ Magierowski said. He added that "the certificate is an honor, and at the same time a commitment, but there is no doubt that the IPN and the Central Military Archives will take great care of these extraordinary documents."
Professor Sławomir Ratajski, the Secretary General of the Polish Committee for UNESCO, recalled that the documents - "unique testimonies of their time" - were inscribed on the international list of the "Memory of the World" heritage in October last year. The first is "a new type of historical source, testimony to the success of technology, which proves the wonderful preparation of Polish society", while the Stroop report is "a shocking heritage, a testimony of heroism of Jewish population of the ghetto in Warsaw, and at the same time an act of indictment against German soldiers ruthlessly obeying the rules”.

The "Memory of the World" program is an international project implemented under the auspices of UNESCO. Its goal is to conduct and support activities aimed at preserving archival heritage and its dissemination as well as raising awareness of the importance of safekeeping collections of documents. One of the elements of the Program is the World List "Memory of the World", containing a list of objects of particular historical or cultural significance.

Every year, upon the request and recommendation of the International Advisory Committee, the General Director of UNSECO enters new objects onto the List. Since 1997, 14 objects recommended by Poland have been honored in this way. Last year, in addition to the Stroop Report, the certificate was awarded to "Documents of the Polish radio intelligence from the Battle of Warsaw 1920" and a joint application on behalf of Poland, Ukraine, Belarus, Lithuania and Latvia - the Union of Lublin Act.

Taking into account the historical value of the Report, the Institute of National Remembrance in cooperation with the Jewish Historical Institute in Warsaw, published the Report in 2009. The digitization of the original document was also carried out in order to make it easily accessible to a wider audience.

SS-Brigadeführer Jürgen Stroop's report "Es gibt keinen jüdischen Wohnbezirk in Warschau mehr!" ("The Jewish residential district in Warsaw no longer exists!") Is an official report from the German operation of pacification of the Ghetto in Warsaw uprising and the liquidation of the ghetto in 1943. This document is an extremely valuable archival material about the Holocaust, as evidenced by multiple use of photographs from it as illustrations of publications, books or film recordings, discussing the topic of the Holocaust. It was inscribed on the World List of the UNESCO Programme "Memory of the World" on 30 October 2017.

More information is available on the UNESCO website under the link: https://en.unesco.org/news/international-advisory-committee-recommends-78-new-nominations-unesco-memory-world. Inscribing the Stroop Report on the World List of the UNESCO Programme "Memory of the World" is the crowning achievement of almost three-year efforts of the Institute of National Remembrance, during which our proposal was subject to verification at the national and later international UNESCO structures level. The document filed by the Institute met all the necessary requirements provided by the organizers, including international support. The Stroop report - due to the circumstances of the uprising and the subject - falls into objects referred to as "bad documents", testifying to the infamous threads of history. Until recently, such applications were rejected by the UNESCO Committee, which is why the fact of the final approval of the IPN's application should be regarded as a great success.