The representatives of the Institute of National Remembrance visit Lithuania – Vilnius, 19 January 2023

A meeting at the Lithuanian institutions of memory and the promotion of the IPN production film "Black Ceiling" about Józef Mackiewicz and Monika Tomkiewicz's monograph entitled "The Ponary Massacre 1941-1944" at the Polish Cultural Center in Vilnius were the main points of the visit of the IPN delegation to Lithuania. 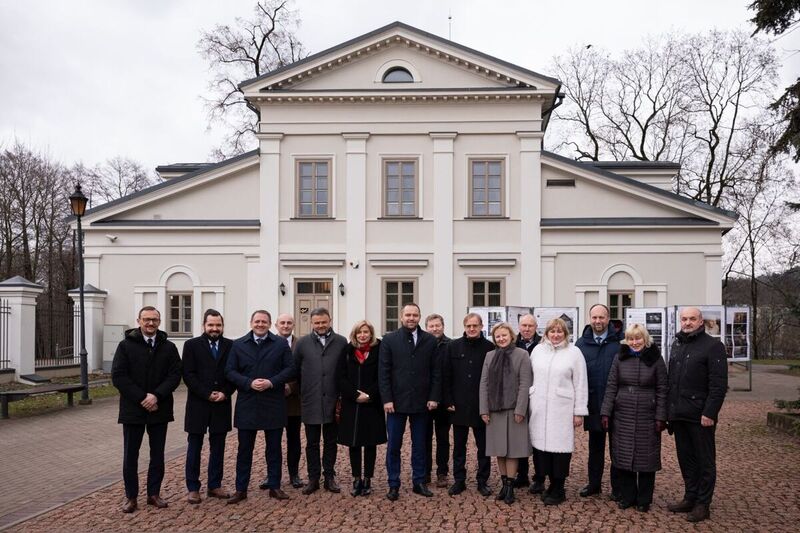 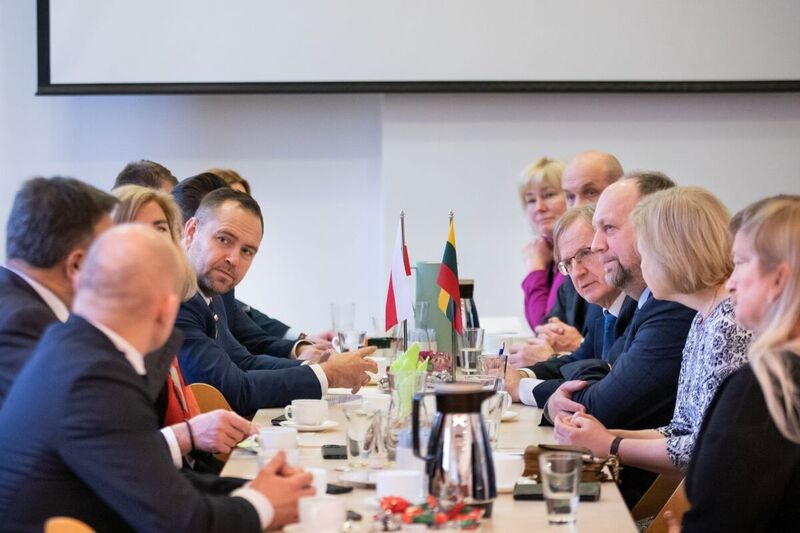 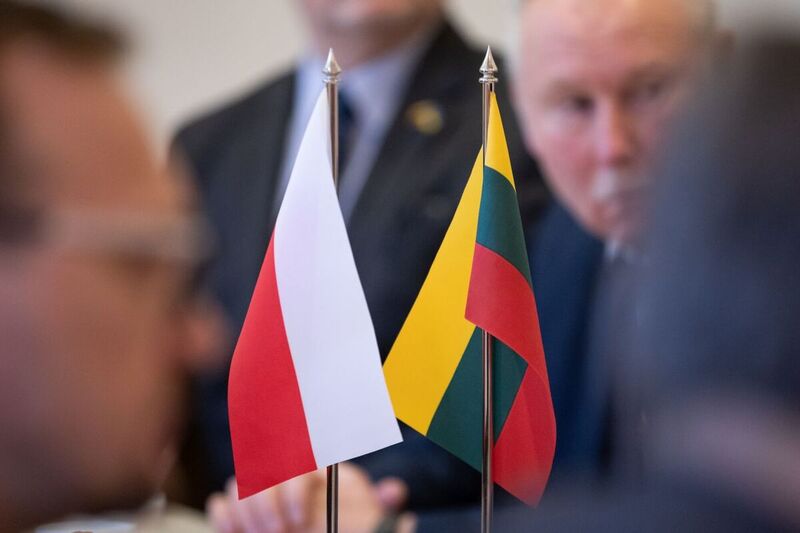 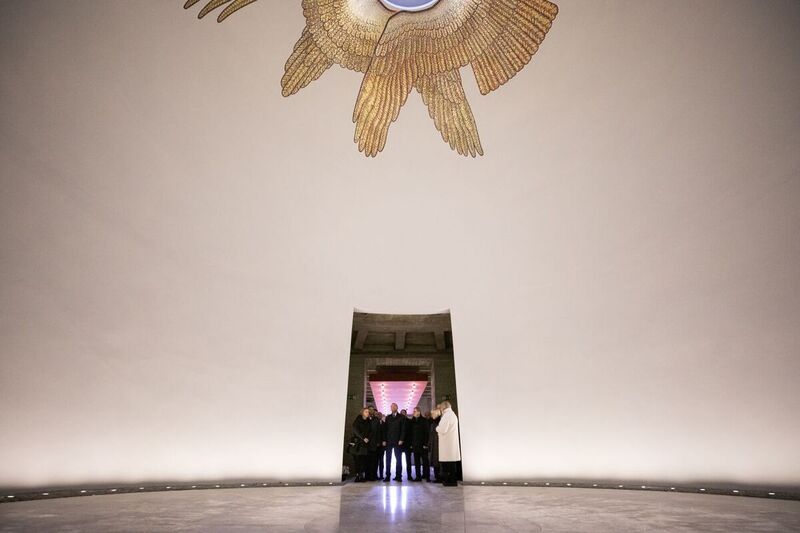 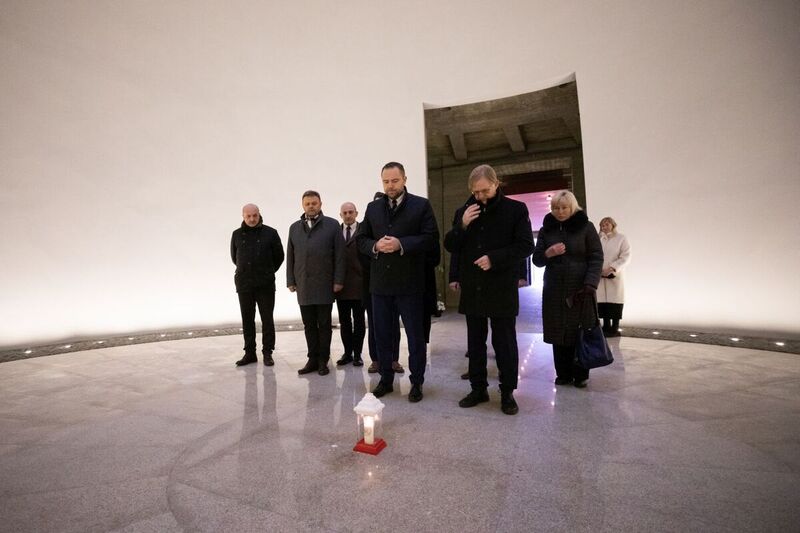 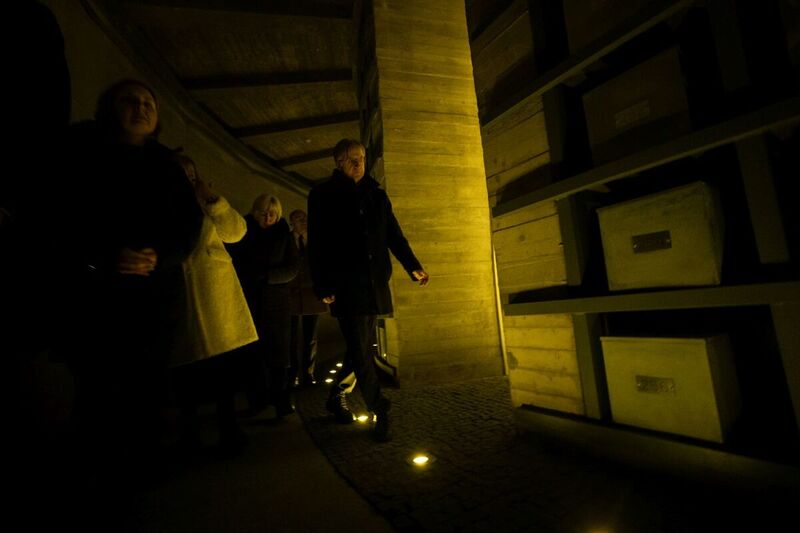 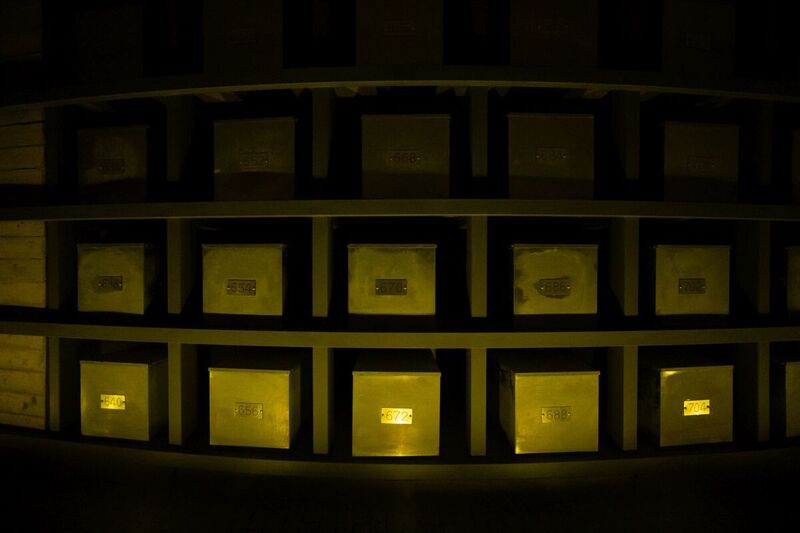 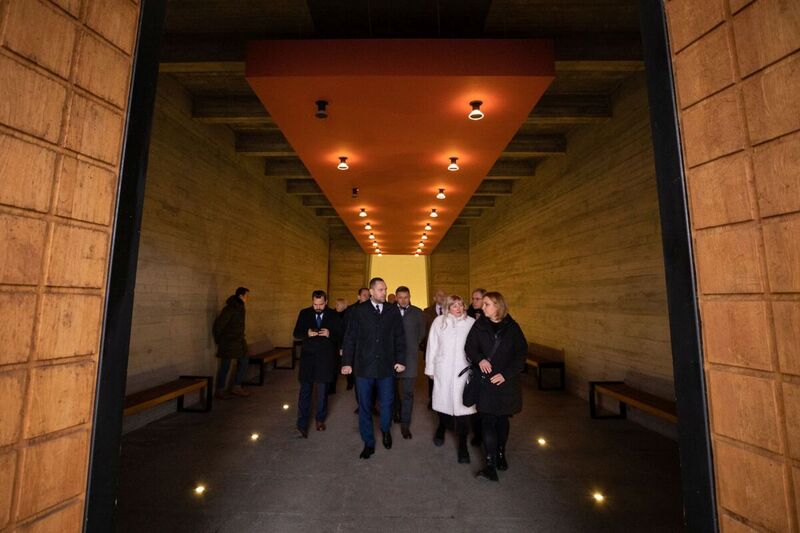 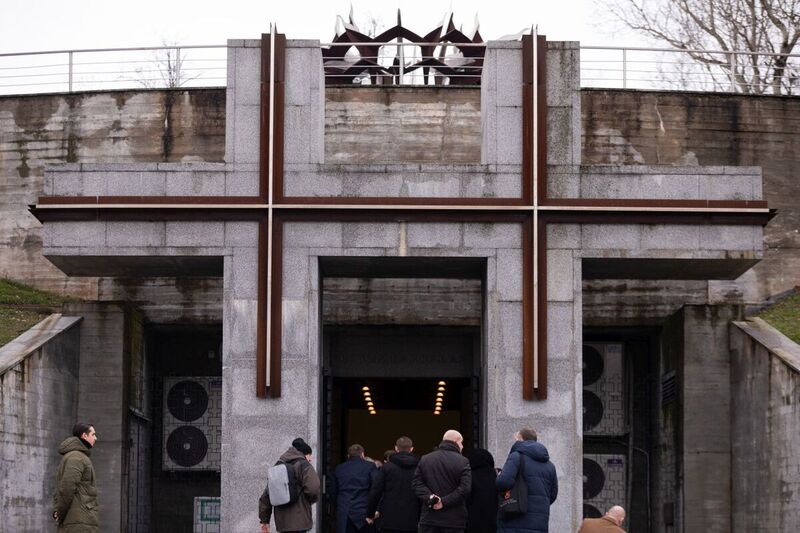 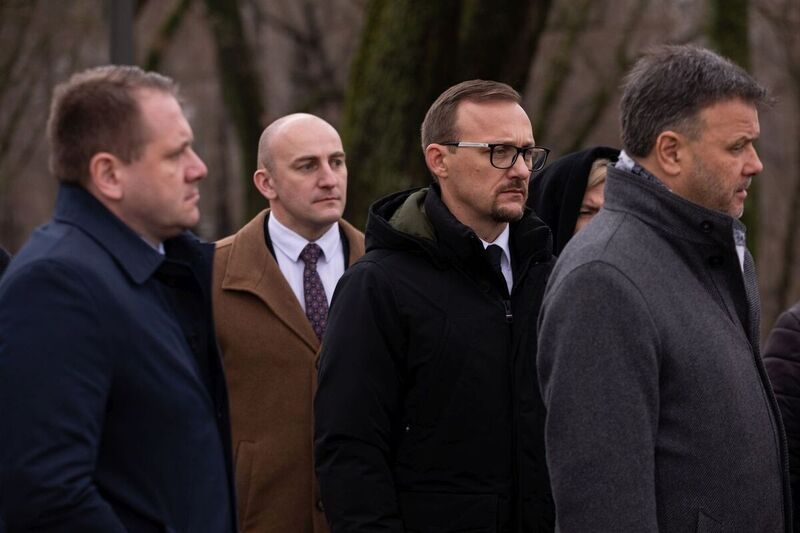 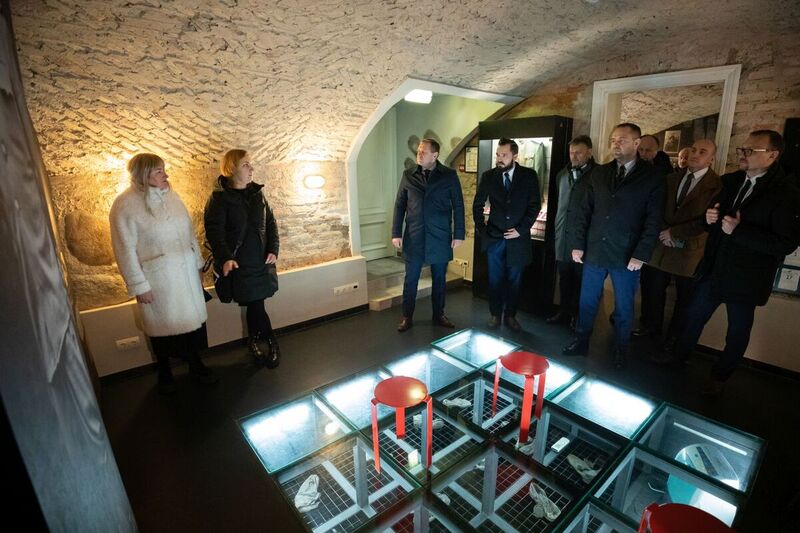 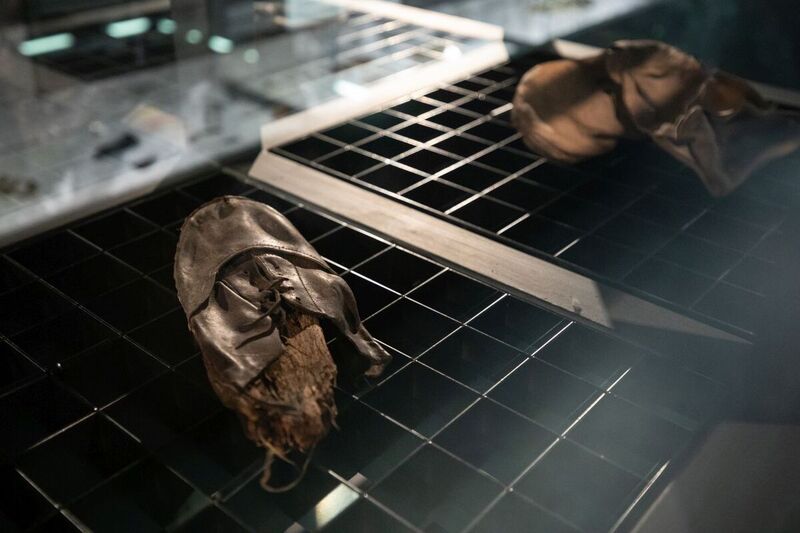 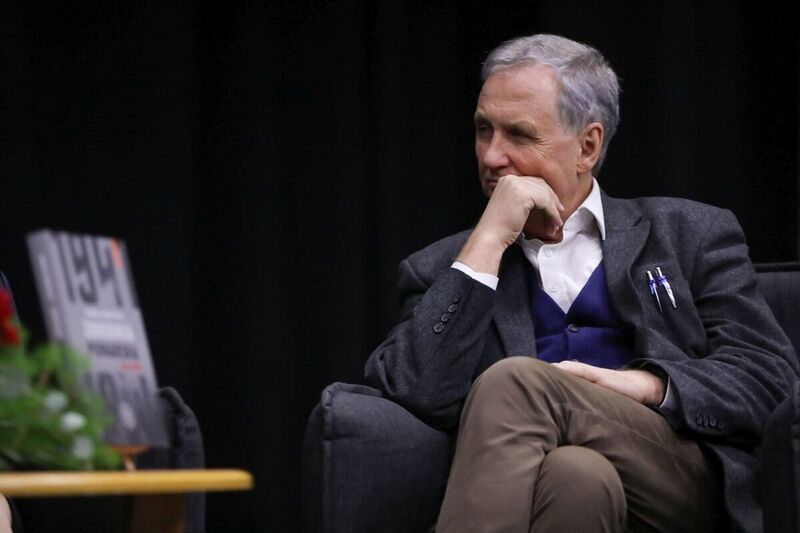 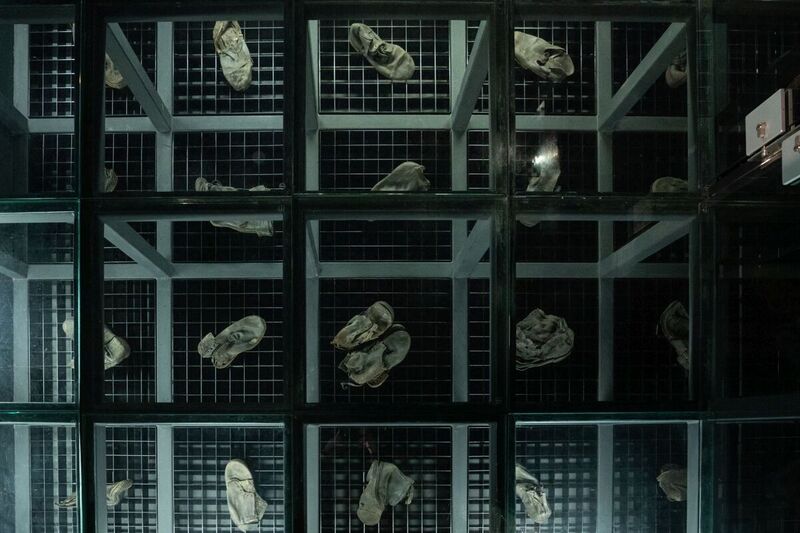 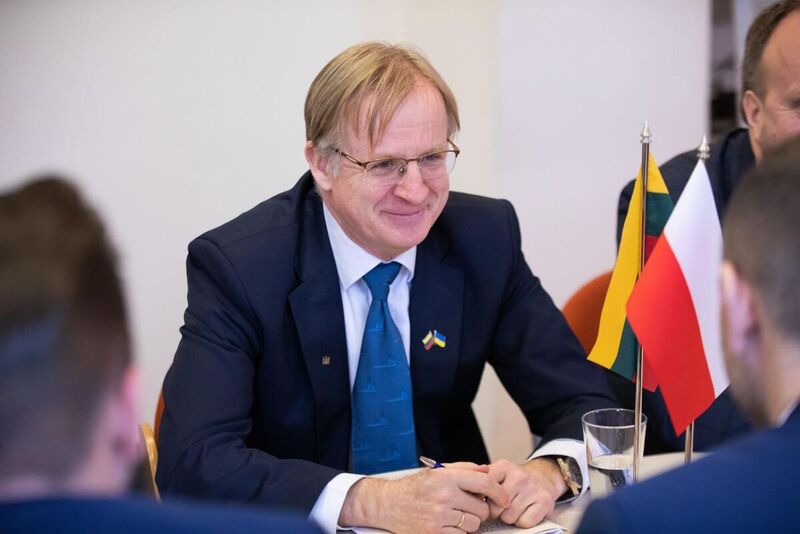 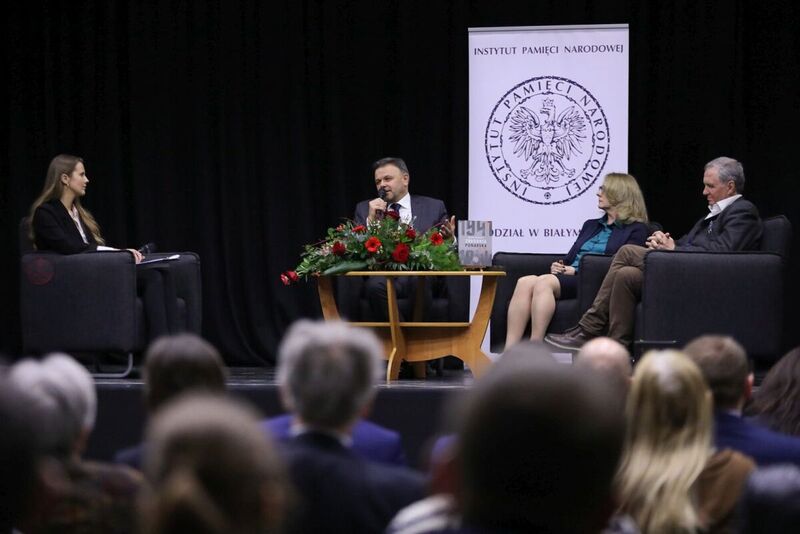 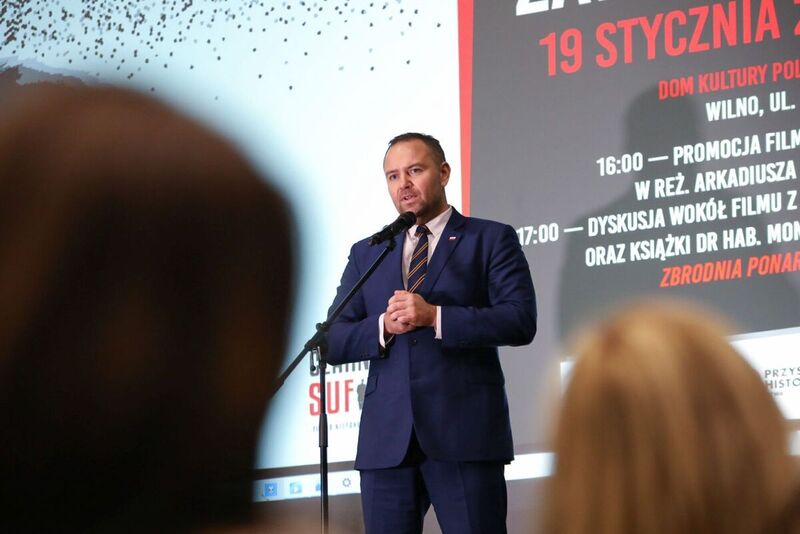 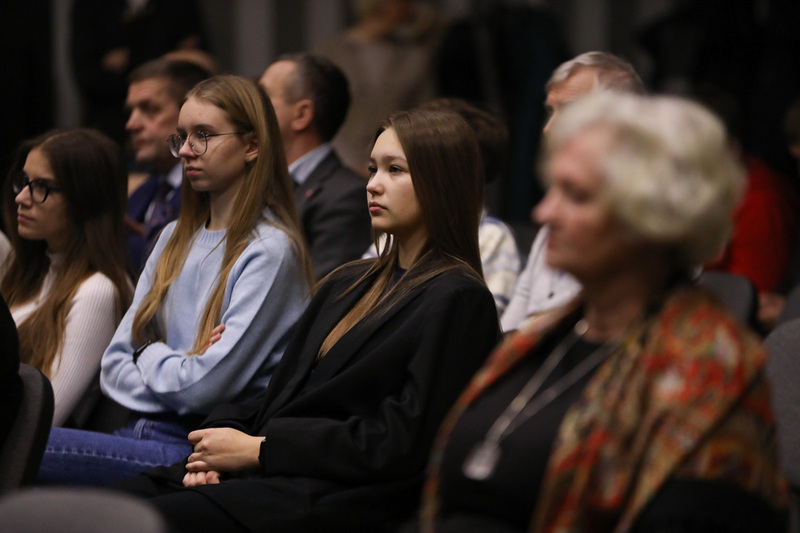 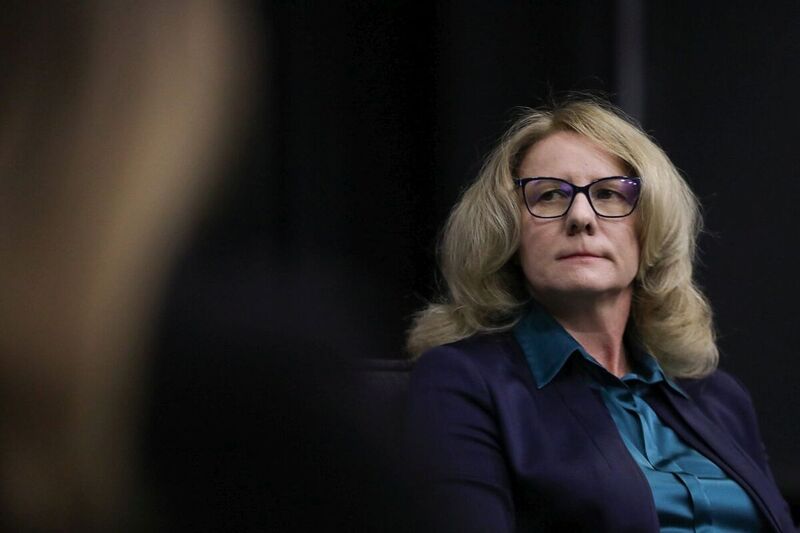 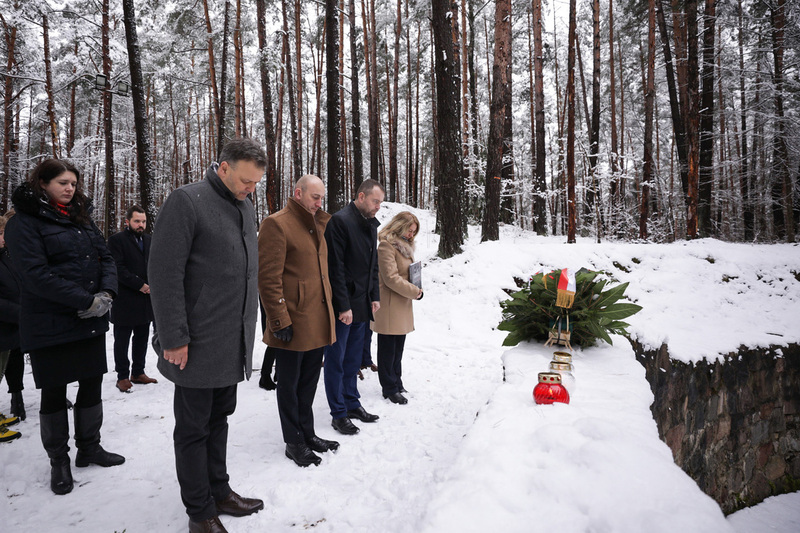 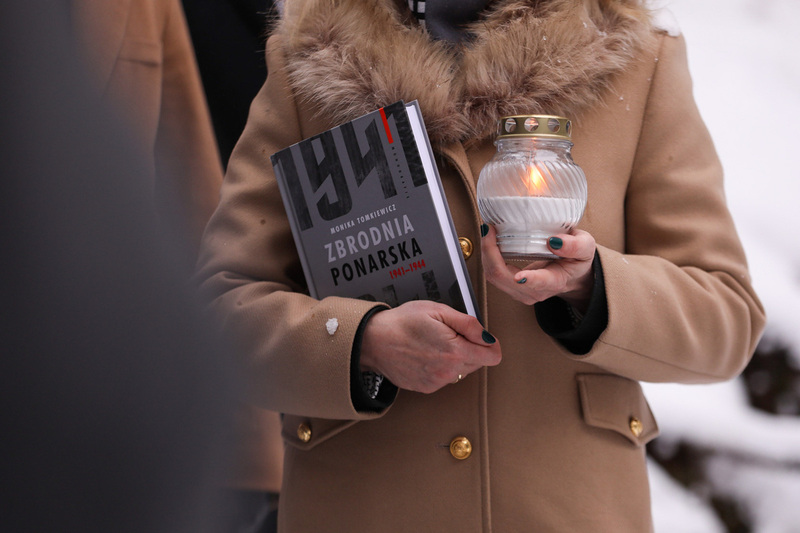 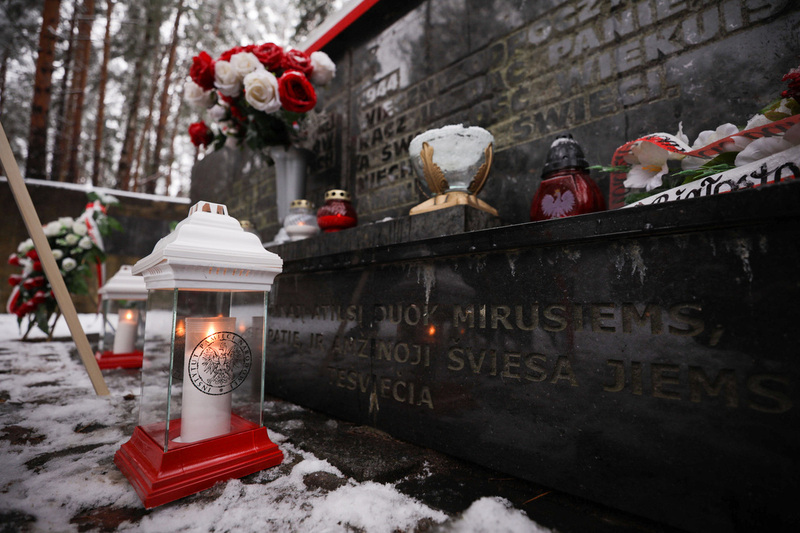 The IPN President attended meetings with representatives of the Genocide and Resistance Research Center of Lithuania ( Lietuvos gyventojų genocido ir rezistencijos tyrimo centras, LGGRTC) - Director General Arūnas Bubnys Ph.D.,, his Deputy Vytas Lukšys and the management of the institution's various divisions. The Lithuanian Genocide and Resistance Research Center is a state institution, established in 1992 by the Supreme Council of Lithuania. Its main tasks include investigating acts of genocide and crimes against humanity, persecution during Soviet and German occupation, and armed as well as peaceful resistance against occupation.

Last year, the IPN signed an agreement with the Center on cooperation in the search for the resting places of victims of totalitarianism. This opened up the possibility for the two institutions to work together in such areas as archaeological and exhumation work, the search for relatives living on the territory of the countries of both sides, genetic identification of victims, archival searches and historical research in the field of search and identification.

After the talks, the IPN delegation and their hosts visited the Tuskulenai  Manor and Memorial Park, formerly the site of mass graves of victims of Soviet repression. After Lithuania regained independence in 1990, the manor was reconstructed and the park was transformed into a memorial to the victims of Soviet repressions. It is administered by the Lithuanian Genocide and Resistance Research Center. Among the Lithuanian victims of the NKVD buried there, there are also the nameless remains of Poles – soldiers of the Home Army who were executed by the NKVD in 1944 – 1947. The delegation also had the opportunity to see an exhibition on Soviet crimes in Lithuania, which was presented on the premises of the Memorial.

In the evening, a special meeting was held at the Polish Cultural Center in Vilnius as part of the "IPN Vilnius History Point" series, with the participation of the Institute's delegation. Among those present were the Polish Consul in Lithuania Irmina Szmalec, the Director of the House of Polish Culture Artur Ludkowski, representatives of the local government headed by Mayor Zdzislaw Palewicz, state institutions: Genocide and Resistance Research Center of Lithuania, the Union of Poles in Lithuania, representatives of educational institutions, associations, translators, journalists, historians, archaeologists and representatives of the youngest generation.

The program of the event included a film screening and discussion. The gathered guests watched "Black Ceiling," a film prepared by the Institute of National Remembrance, dedicated to the extraordinary figure of Józef Mackiewicz on the 120th anniversary of the writer's birth and as part of the celebration of the Year of Józef Mackiewicz in Poland. Józef Mackiewicz was one of the first Poles to see the corpses of Polish officers at Katyń. In 1952, he testified before a special committee of the US Congress investigating the Katyń Massacre. He also witnessed the genocide in Ponary, near Vilnius. He published hundreds of memoirs and political commentaries. He did not recognize the Polish People's Republic as a legitimate form of Polish statehood. His books were published only by émigré publishing houses or in samizdat. The film " Black Ceiling" is a record of a fictional conversation between Mackiewicz and his longtime pen-pal Jerzy Giedroyc on the international situation at that time, and the essence of the communist system.

In his introductory speech, President Karol Nawrocki stressed that Józef Mackiewicz understood the essence of the communist system perfectly. From the very beginning Mackiewicz was convinced that any kind of cooperation or indulgence with Soviet communism would lead the world to the brink of another abyss. Today, from the perspective of the 21st century, we are witnessing Russian tanks and propaganda very similar to that of the Soviet times, from the 1920s and 1930s, continue to destroy the free world, threaten the free world. Mackiewicz was well aware of this.

After the screening, viewers were invited to a discussion about the film, as well as a promotion and discussion in connection with Monika Tomkiewicz's book, "The Ponary Massacre 1941-1944." This part of the event was attended by Monika Tomkiewicz, Ph.D. (IPN Historical Research Office), Prof. Jarosław Wołkonowski  (University of Bialystok Faculty of Law) and Adam Hlebowicz (Director of the IPN National Education Office).

On 20 January, the IPN delegation visited Ponary and the Rasos Cemetery in order to pay tribute to the victims.