Opening of the IPN exhibition "The Economy of the Third Reich", Warsaw — 12 January 2023

The ceremony of unveiling "The Economy of the Third Reich" open-air exhibition with the participation of the IPN President Karol Nawrocki, Ph.D. took place on 12 January 2023, at 64 Krakowskie Przedmieście St. in front of the “Dom Polonii”. The ceremony was also attended by Adam Hlebowicz, Director of the IPN National Education Office and Tomasz Panfil, Ph.D., author of the exhibition. 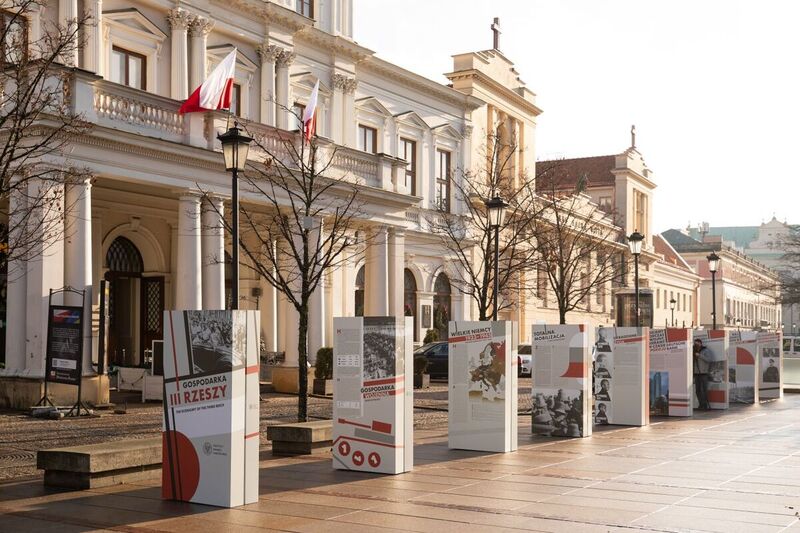 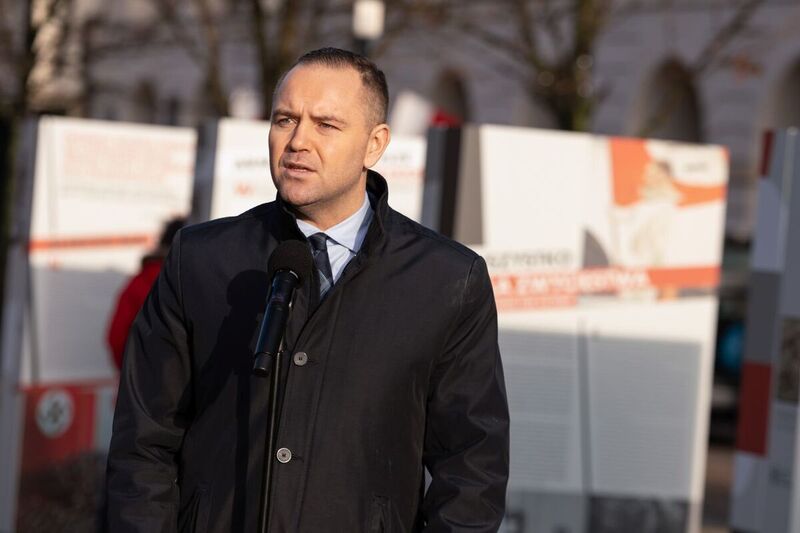 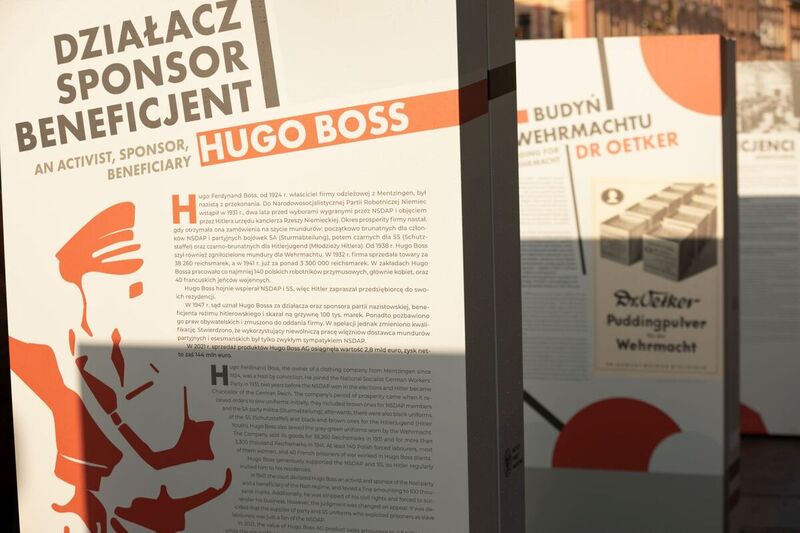 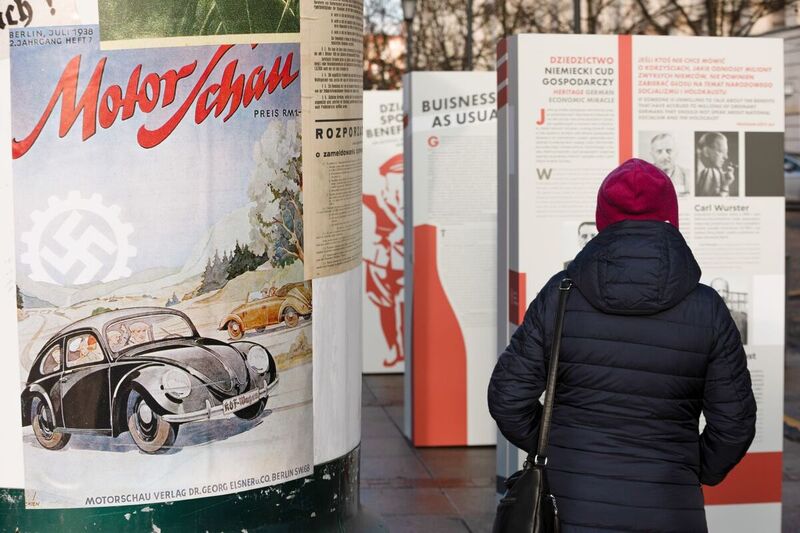 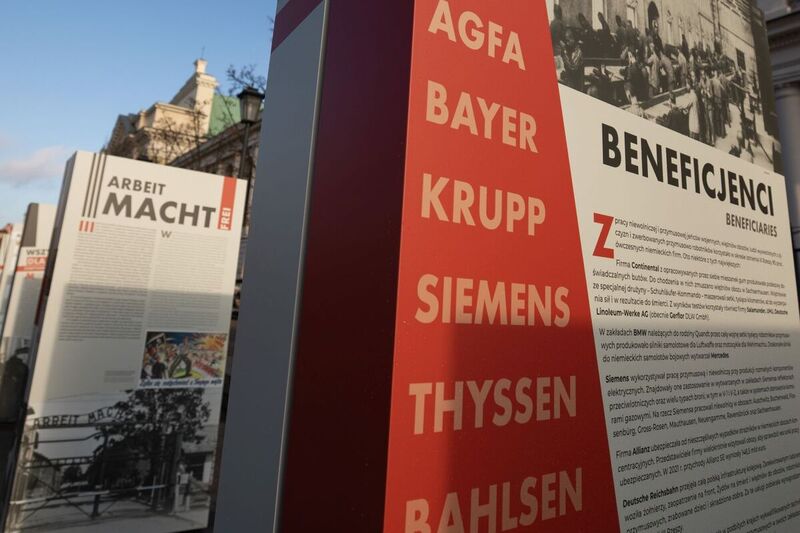 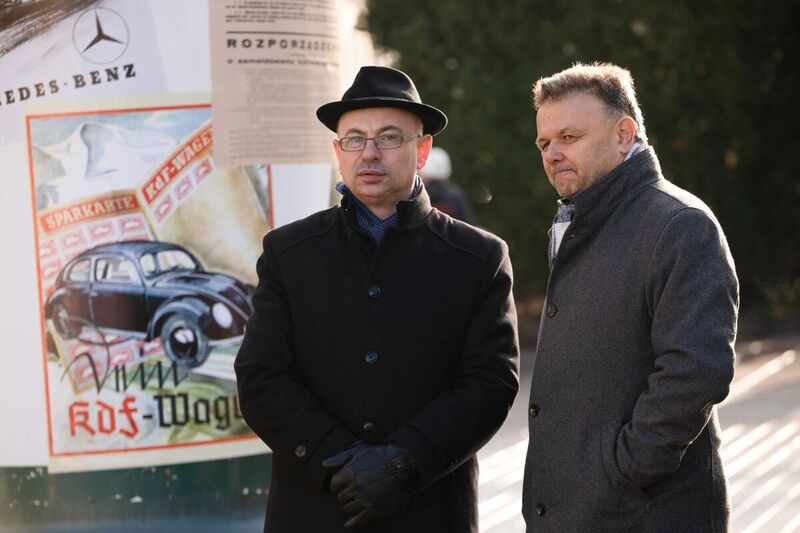 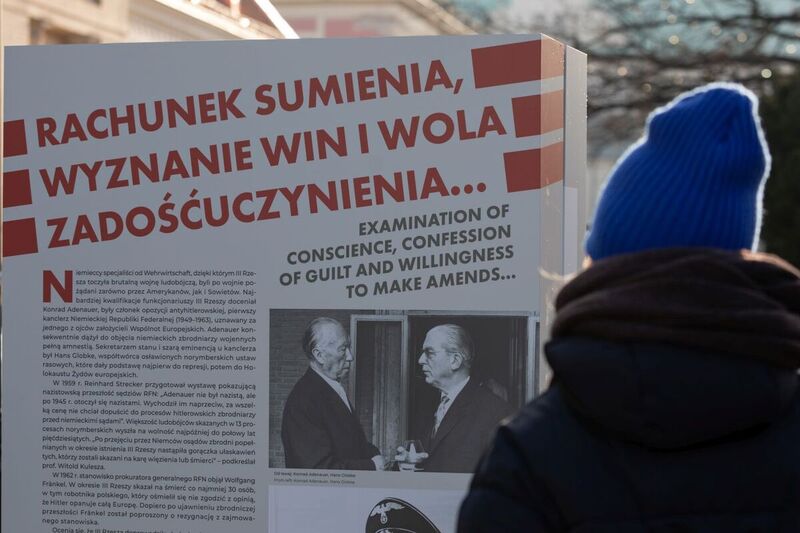 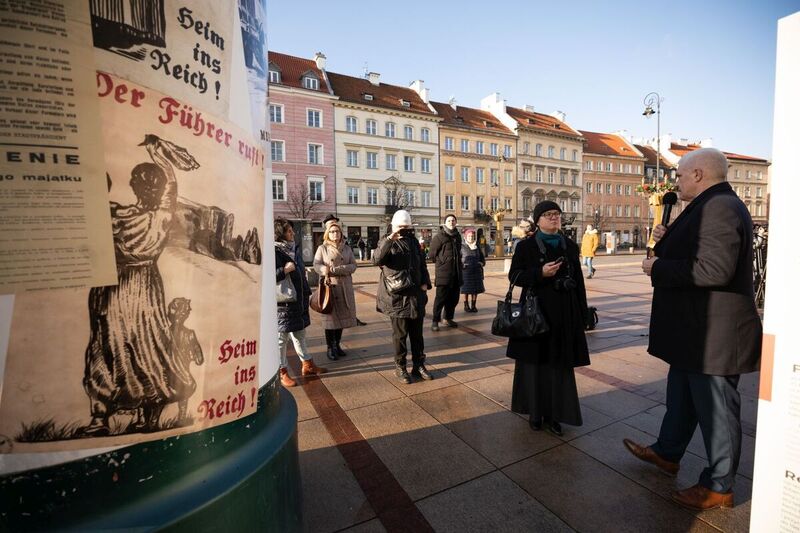 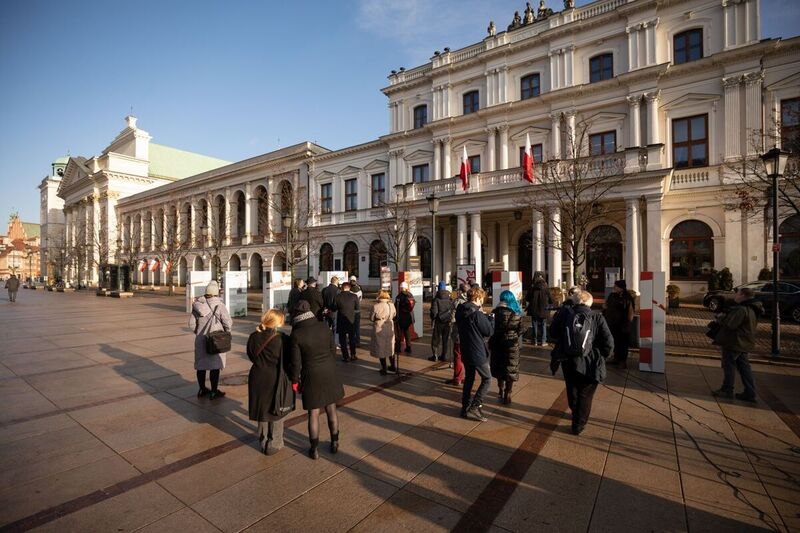 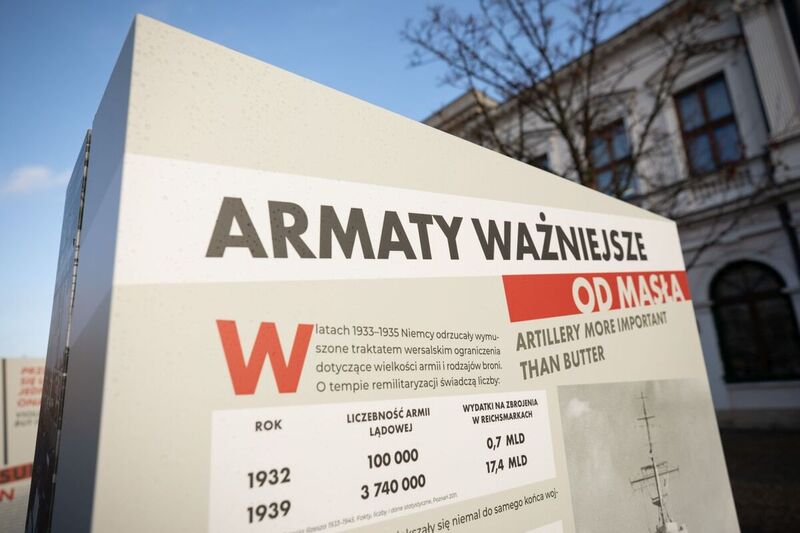 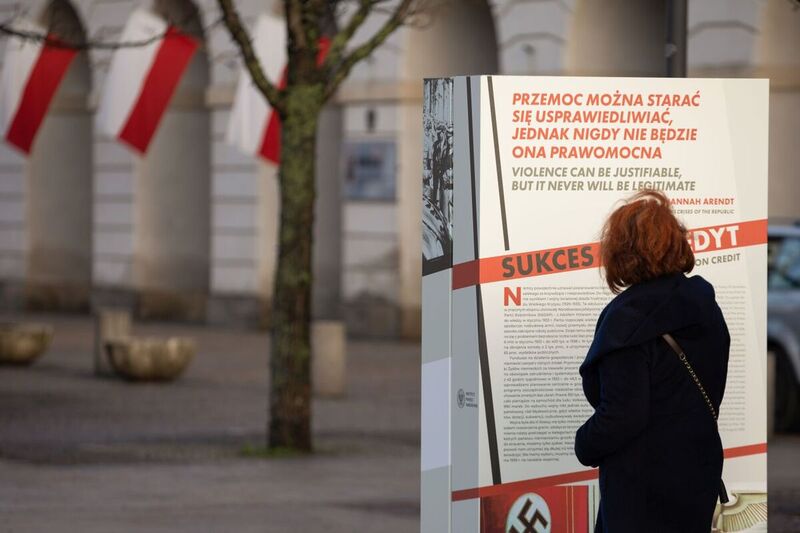 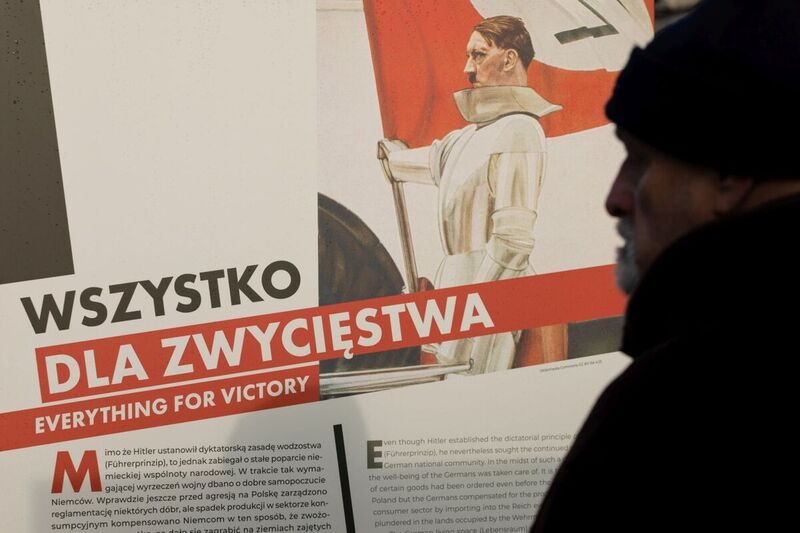 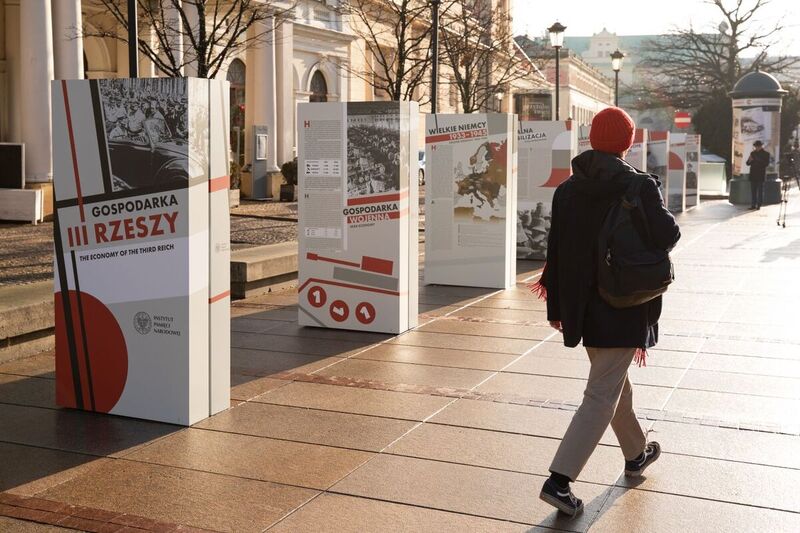 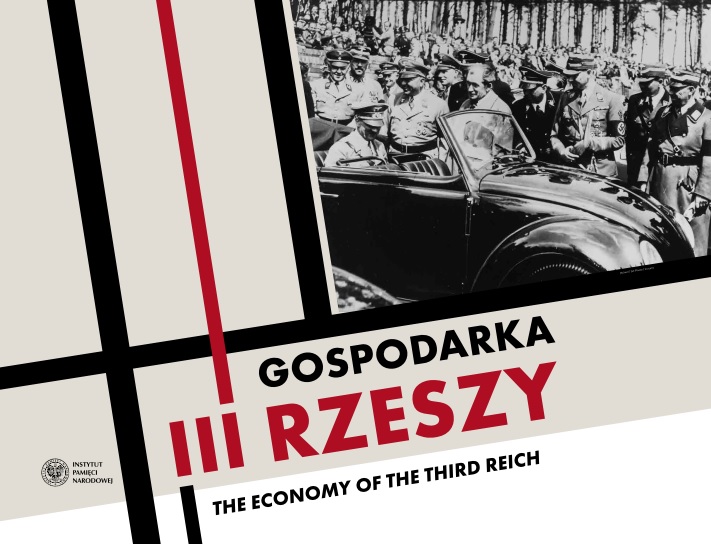 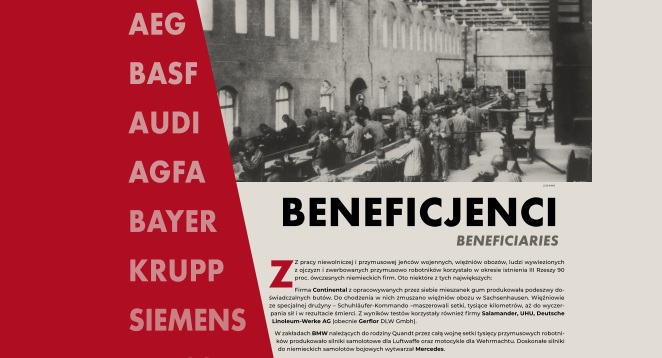 The exhibition presents the causes of today's German economic power and explains the origins of the German “Economic Miracle” after World War II. It shows to what extent the infrastructure and technologies from the time of the Wehrwirtschaft, or war economy, was based on the looting of property and exploitation of people from countries invaded by Germany during World War II.

This exhibit is about an unsettled debt that WWII perpetrators, Germans, owe to WWII victims, Poles . . .Can we ignore the fact that during the war, 90% of German companies built their capital on the cooperation with the National Socialists?

The exhibition points out to German companies of the Third Reich time which took advantage of slave and forced labor of concentration and extermination camps inmates and prisoners of war. Most of the companies are still operating on the EU market. German historian Götz Aly calculated that the goods seized by the Germans would be worth at least €2 trillion today. Many cultural assets stolen across Europe are still in German hands.

Author of the scenario and selection of images: Tomasz Panfil, Ph.D.

The exhibition will be on display until 1 February 2023.